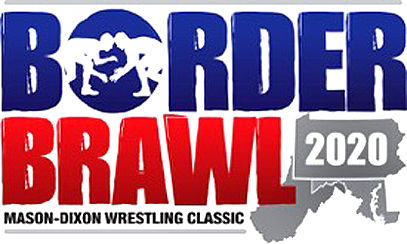 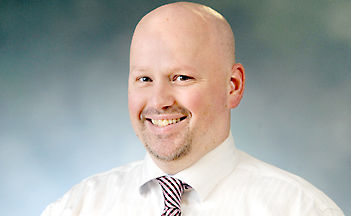 Eric Knopsnyder covers wrestling for The Tribune-Democrat and is co-operator of PA Power Wrestling. Follow him on Twitter @KnopsKnotes.

Eric Knopsnyder covers wrestling for The Tribune-Democrat and is co-operator of PA Power Wrestling. Follow him on Twitter @KnopsKnotes.

This was supposed to be one of the biggest weekends in the long and storied history of amateur wrestling in this country.

More than 40,000 fans – by far the most ever to watch the NCAA Wrestling Championships – were supposed to file inside U.S. Bank Stadium in Minneapolis in an event that probably would have seen Iowa unseat Penn State as king of the college sport – at least for one season.

That didn’t happen, of course. Neither will the Border Brawl Mason-Dixon Wrestling Classic, which was scheduled to take place at Pitt-Johnstown on Sunday afternoon, pitting the top high school seniors from The Tribune-Democrat’s coverage area against their counterparts from Maryland and West Virginia.

It would have been the fifth edition of the all-star match and might very well have been the most competitive dual. Reaching a bit outside of the Cumberland Times-News’ coverage area, organizers were able to pluck some very talented wrestlers for the southern squad.

The highlight match would have featured Bedford’s Kaden Cassidy, who dominated just about everyone he wrestled this season on his way to 38-0 record and the PIAA title at 138 pounds, taking on Joey Miller of Musselman, a three-time West Virginia state champion. Miller was a four-time finalist and won 190 matches in his career. Cassidy, who saw his sophomore season wiped out by injury, only had two career losses in three trips to the state tournament and just seven overall. He’s headed to Division I George Mason while Miller’s committed to Division II West Liberty.

Another PIAA medalist – Berlin Brothersvalley’s Tristan Pugh, who placed sixth in 2019 – is headed to Division I Appalachian State. He would have been facing Wheeling Park’s Andrew Shelek, a three-time West Virginia state runner-up – in a rematch of a 2018 bout that Pugh won at a regular-season tournament in Ohio. Shelek will be joining Miller in the West Liberty wrestling room next season.

Braxton County’s Jordan Williams has the most victories of any wrestler selected to compete in the Border Brawl with 211. That’s the third most in West Virginia history, and the 182-pounder was a two-time state champion and three-time medalist. Westmont Hilltop’s Mason Muto didn’t have those eye-popping stats in his high school career, but as just about anyone who wrestled him will tell you, his big-move potential always made him a threat.

As much as the Border Brawl attention is focused on the state champions, the college commitments and the 100-plus match winners, sometimes it’s the lesser-known wrestlers who end up stealing the show.

Those wrestlers were very appreciative of what the event is about

– raising money for charity and giving seniors one more chance to show what they can do on the mat – because some were never sure if they’d get a chance to compete in an all-star meet.

The Sports Center will be quiet Sunday afternoon. As will U.S. Bank Stadium and virtually every other sports venue across the country. That’s not a complaint. The decisions to cancel events was obviously the right one given everything we know about COVID-19 and community spread.

As much as the wrestling community lives and breathes the sport, its importance can’t compare to actually living and breathing.

Instead, this was a quiet weekend at home, spent checking results from @VNcaas – the Twitter account that stole the show with “virtual” results for every bout of the NCAA tournament that didn’t happen.

The account, which sprouted up with no fanfare from wrestling media and was run anonymously, attracted more than 6,000 followers this week, including many of the athletes who should have been competing in Minnesota.

They, like the current crop of Border Brawl selections, would much rather have been on the mats this weekend.

The fifth-annual Border Brawl Mason-Dixon Wrestling Classic, which had been scheduled for March 22 at the Pitt-Johnstown Sports Center has bee…