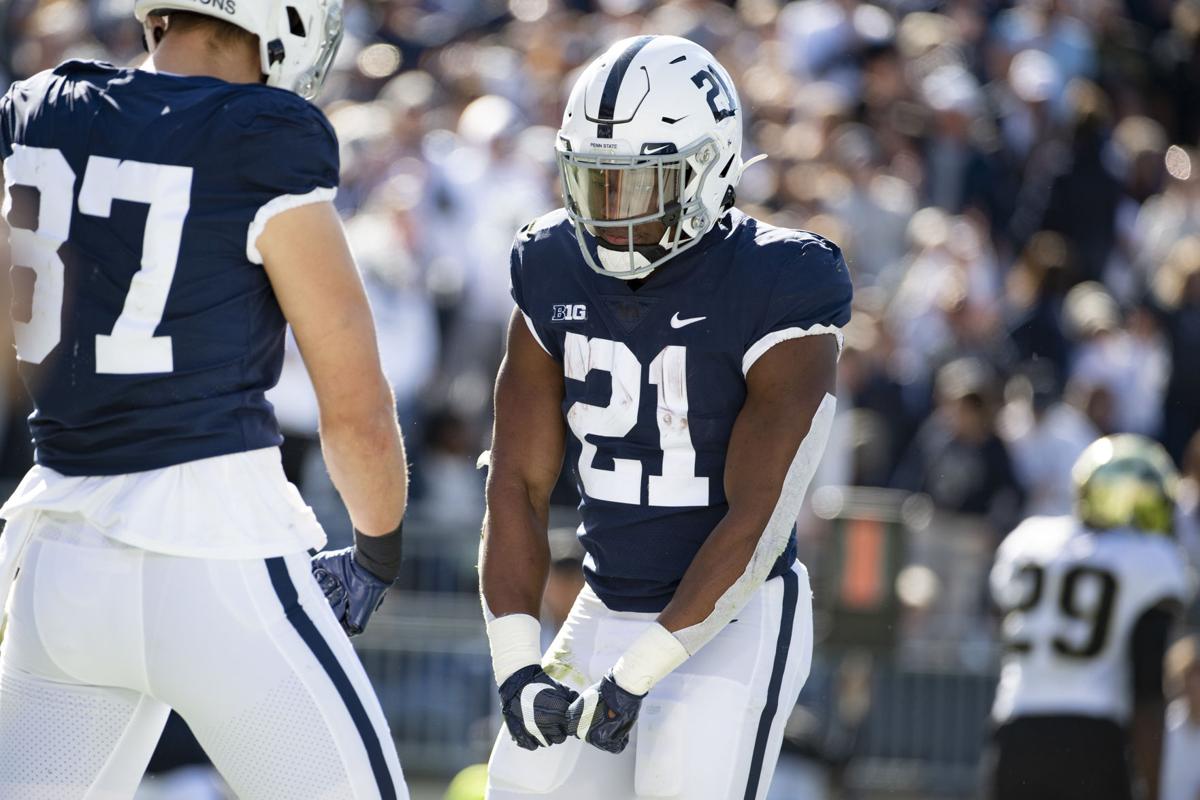 STATE COLLEGE – Those who say "too much of anything isn’t good" likely aren’t college coaches. More specifically, they’re probably not leading a Power 5 football program.

Too much of one thing has certainly been good to Penn State’s running back room this season, and Nittany Lions head coach James Franklin will be the first to tell you there’s nothing wrong with having options.

Entering Saturday’s contest against Purdue, no one back had received more than 26 carries. Quarterback Sean Clifford led the squad with 213 yards rushing on 32 attempts.

Brown started his third consecutive game on Saturday, while Slade laid claim to starting the first two. Franklin all season has been steadfast in his position: The runner with the hottest hand will receive the starting nod. Some weeks that’s been Brown, while in others it’s been Slade.

Cain's 105-yard, one-touchdown performance on Saturday likely asserted him as a bona fide candidate to earn a start soon. Though a freshman, he’s been positioning himself for it for a while.

In Penn State’s 17-10 win against Pittsburgh on Sept. 14, Franklin unleashed Cain with just over 10 minutes remaining in the fourth quarter. His first run netted a 4-yard gain, and he added another 23 yards on the drive before capping it with a 13-yard touchdown run. It was the only and last time Cain saw the field that game, and Franklin in his postgame press conference said he and his staff should have probably done a bit more to feed Cain the football.

To be fair, it’s been a while since Penn State has been in this position. The Nittany Lions in recent history have been spoiled by the athleticism and sheer talent of current NFL players Saquon Barkley (New York Giants) and Miles Sanders (Philadelphia Eagles), both featured backs during their Nittany Lion careers.

Today, instead of relying on one player to do the heavy lifting, Penn State now has multiple options, and each plays his specific role quite well.

All four backs played again on Saturday, signaling the rotation is likely to continue well into the back end of the season. Ford and Cain have burned their redshirts, so it’s difficult to believe Franklin would do so only to have them languish on the sideline.

The Nittany Lions will travel to the unfriendly confines of Iowa’s Kinnick Stadium this week, where it wouldn’t be surprising to again see the veteran Brown receive the starting nod.

The first five games of the season have shown that options at running back are good, and for that, Franklin and the Nittany Lion coaching staff are most certainly thankful.

Penn State climbs to No. 10 in latest AP poll

Penn State climbed two spots in the latest Associated Press Top 25 poll, vaulting from No. 12 to 10.