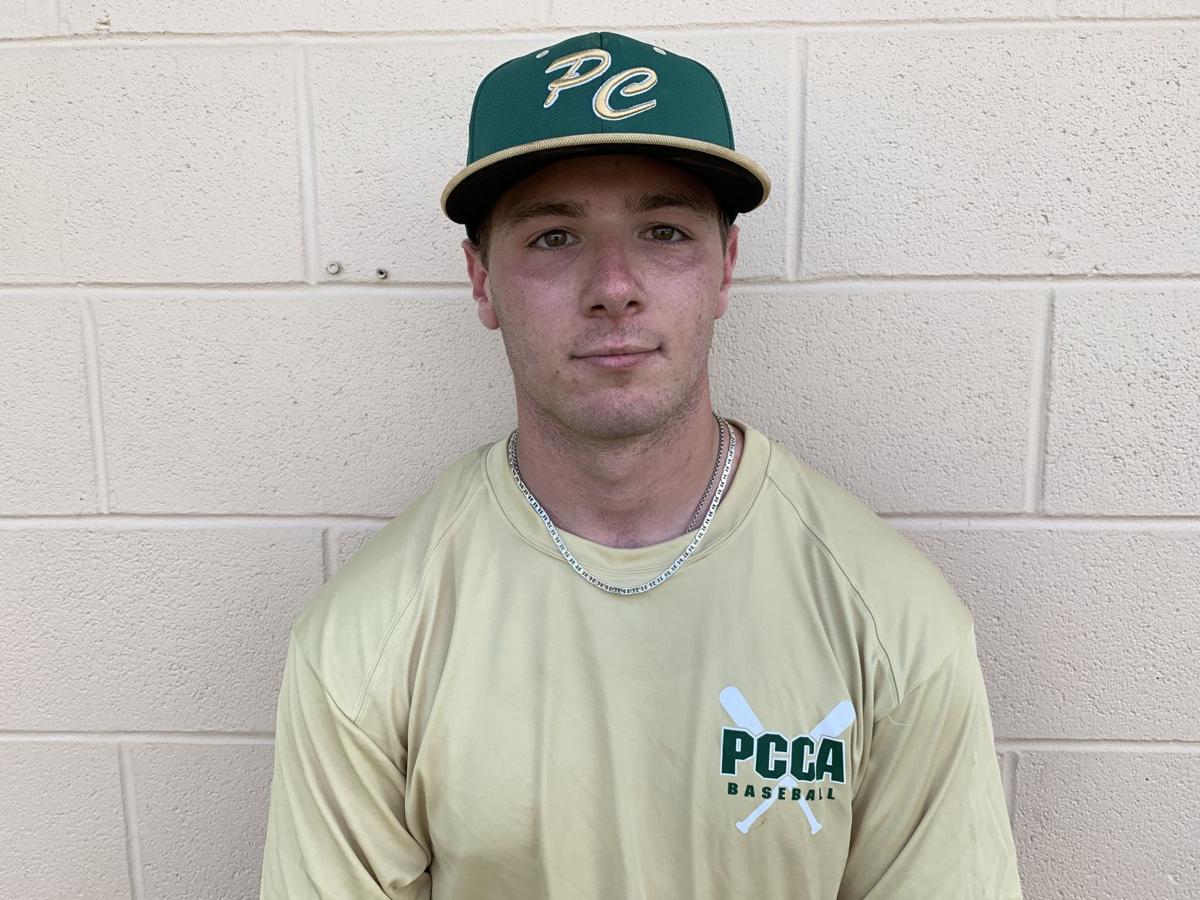 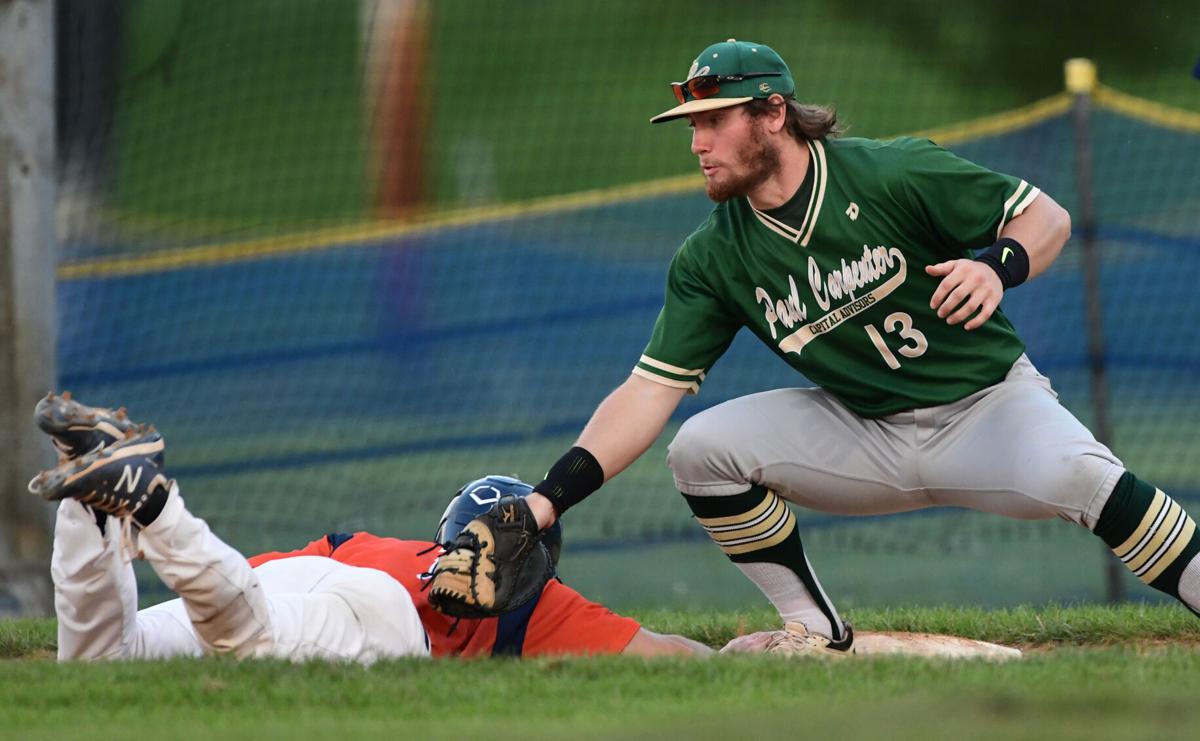 Martella’s Pharmacy’s Jake Ansell, left, slides safely back to first base under the glove of Paul Carpenter Capital Advisors first baseman Carter Chinn on a pick-off attempt in the bottom of the first inning of a Johnstown Collegiate Baseball League game at Roxbury Park in Johnstown, PA., Tuesday, July 28, 2020.

Martella’s Pharmacy’s Jake Ansell, left, slides safely back to first base under the glove of Paul Carpenter Capital Advisors first baseman Carter Chinn on a pick-off attempt in the bottom of the first inning of a Johnstown Collegiate Baseball League game at Roxbury Park in Johnstown, PA., Tuesday, July 28, 2020.

Still, manager Cole Shaffer’s team received a major boost from a somewhat unlikely source on Wednesday night in an 11-1 victory over Laurel Auto Group in eight innings at Sargent’s Stadium at the Point.

No. 7 hitter Carter Chinn, who brought a .255 batting average into the game, drove in five runs and reached base three times in the opener of a best-of-5 series.

“I haven’t been swinging it particularly well this season, so it was a relief,” said Chinn, who ended an 0-for-11 stretch during the previous four games.

“Carter is one of those guys we’ve been able to depend on all year at the plate, on first base and on the mound when we need him there,” said Shaffer, whose team swept O in three games to earn off days on Monday and Tuesday.

Meanwhile, third-seeded Laurel Auto Group produced a pair of back-and-forth victories to upset second-seeded Martella’s Pharmacy in the semifinal round. LAG won 5-4 in 10 innings in an emotional series-clincher on Tuesday.

“That was the difficult part,” Laurel Auto manager Jim Skiles said. “You couldn’t get any more of a feeling than what they had (Tuesday) night. You come out here and get in the hole right away, it’s a rollercoaster of emotions. It was difficult for our kids to deal with tonight.”

“We had guys in scoring position and I was just looking for something to hit hard, preferably on the right side of the field,” Chinn said.

Laurel Auto’s Austin Price smacked a home run over the screen in left field to make it 5-1 in the top of the third. That was one of the few blemishes for starter Bryan Layton, who went seven innings, allowing five hits while striking out six and walking one.

“Just pounding the strike zone, staying ahead in the counts,” said Layton, a right-hander who plays at Clarion University. “Not letting them get ahead at all, not giving them an inch. The home run did slow me down a little bit. It was about not going through the motions.”

Layton didn’t allow a hit from the final two outs of the third inning until Austin Brown’s one-out double in the seventh.

“My knuckleball that I throw, I let it sink,” Layton said. “I haven’t thrown it a whole bunch this summer. Whenever I’m in season in college it usually goes pretty well. It’s just such a goofy pitch that I haven’t used it a bunch.

“Toward the end of the game I started getting a hold of it and it started to work better.”

Paul Carpenter’s Connor Bannias placed a shot over the brick wall in left-center field to push the margin back to five runs in the bottom of the third.

PCCA added an unearned run in the fifth, and Chinn stroked a three-run double in the sixth to extend the lead to 10-1.

“Similar situation. Just looking for something to hit hard, preferably in the outfield,” Chinn said.

In the bottom of the inning, Matt Wicker singled and scored on Tyler Horvat’s single to put the 10-run mercy rule into effect.

Game 2 will be at 7 p.m. on Thursday at Sargent’s Stadium.

“We’ve got to show up with the same intensity. This is how their first game went against Martella’s and they responded,” Shaffer said, referring to Martella’s 12-2 mercy-rule win over LAG in Game 1 of the semifinals. “They’re going to fight. They’re not going to quit. We need to keep the same intensity and jump on them early tomorrow.”