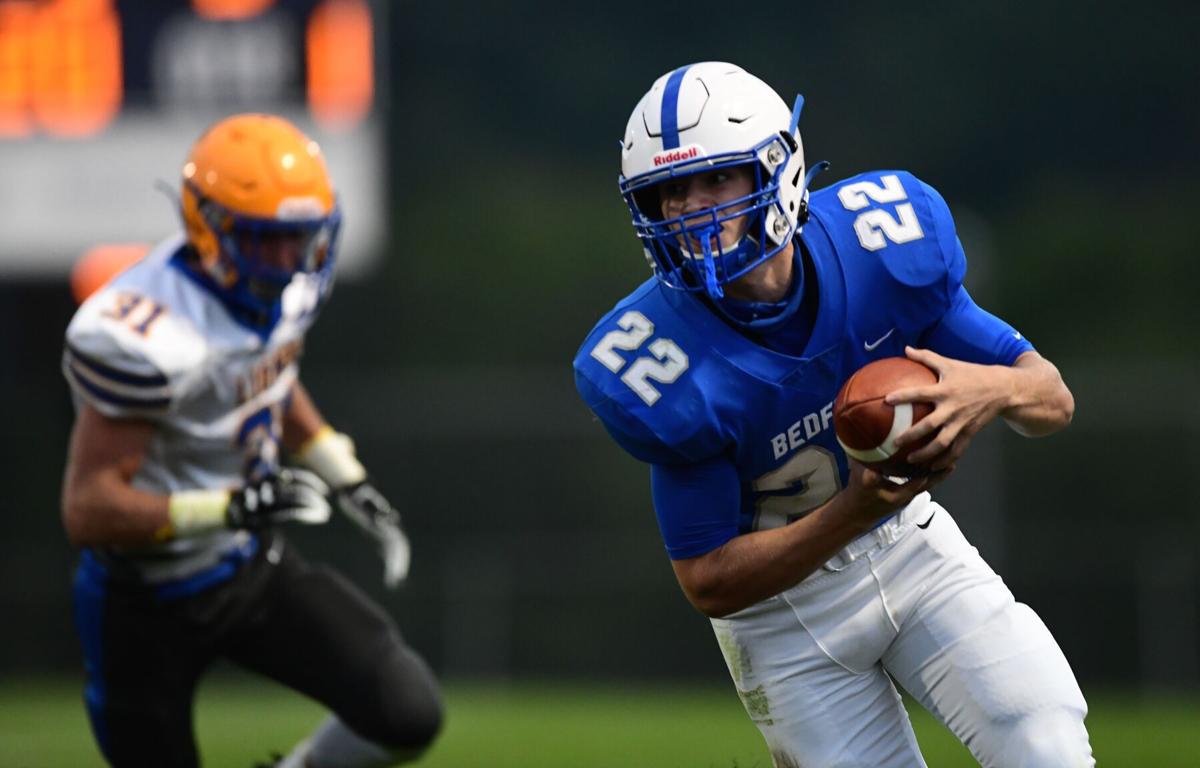 It may not have been exactly the way that we expected it to be, but at least we got the opening weekend of high school football into the books.

And while there were some surprises, for the most part the teams expected to win came through, some in dominating fashion.

In the Laurel Highlands, Richland lived up to its preseason expectations, overcoming a 10-0 deficit on Saturday and piling up 19 unanswered points in the second half to defeat Bishop Guilfoyle Catholic.

The other LHAC Saturday winners were Westmont Hilltop in a 7-6 squeaker against Somerset, and Cambria Heights in a lopsided 40-6 victory over Greater Johnstown in the Highlanders’ remodeled stadium.

Central Cambria opened its slate with an impressive 49-22 victory over Forest Hills to christen its newly renovated stadium. The Red Devils jumped out to an early 21-0 lead and went on to snap an eight-game losing skid dating back to last year.

In the WestPAC on Saturday, Windber crushed rival Conemaugh Township, 50-7, while the co-op squad of Conemaugh Valley and Ferndale shut out North Star, 41-0.

On Friday, Berlin Brothersvalley and Portage both produced shutouts, with the Mountaineers topping Shade 56-0 and the Mustangs downing Blacklick Valley, 34-0.

Meyersdale went on the road to open the season and fell to ICC power Tussey Mountain 35-21.

After moving from the Heritage Conference in District 6 during the offseason, Ligonier Valley made its debut in the WPIAL on Friday, dropping a 44-7 decision to host Apollo-Ridge.

Of the four programs with new coaches at the helm – Bishop Carroll Catholic, North Star, Portage and Somerset – only the Mustangs’ Marty Slanoc was able to produce a season-opening victory.

Defending my title: When it came to the opening weekend, I was able to get off to a solid start in the picks department with a 13-1 record, only losing the Forest Hills/Central Cambria pick.

Co-workers Mike Mastovich and Jake Oswalt, also got off to solid starts with just one loss apiece. Guest pickers Phillip Cmor and Dean Carpenter were both 11-3. The Twitter vote was 9-5 and Diane Lopez, 5-9.

Cory Isenberg | Crisis is tough for all to endure

What an astounding turn of events for high school sports on Thursday.