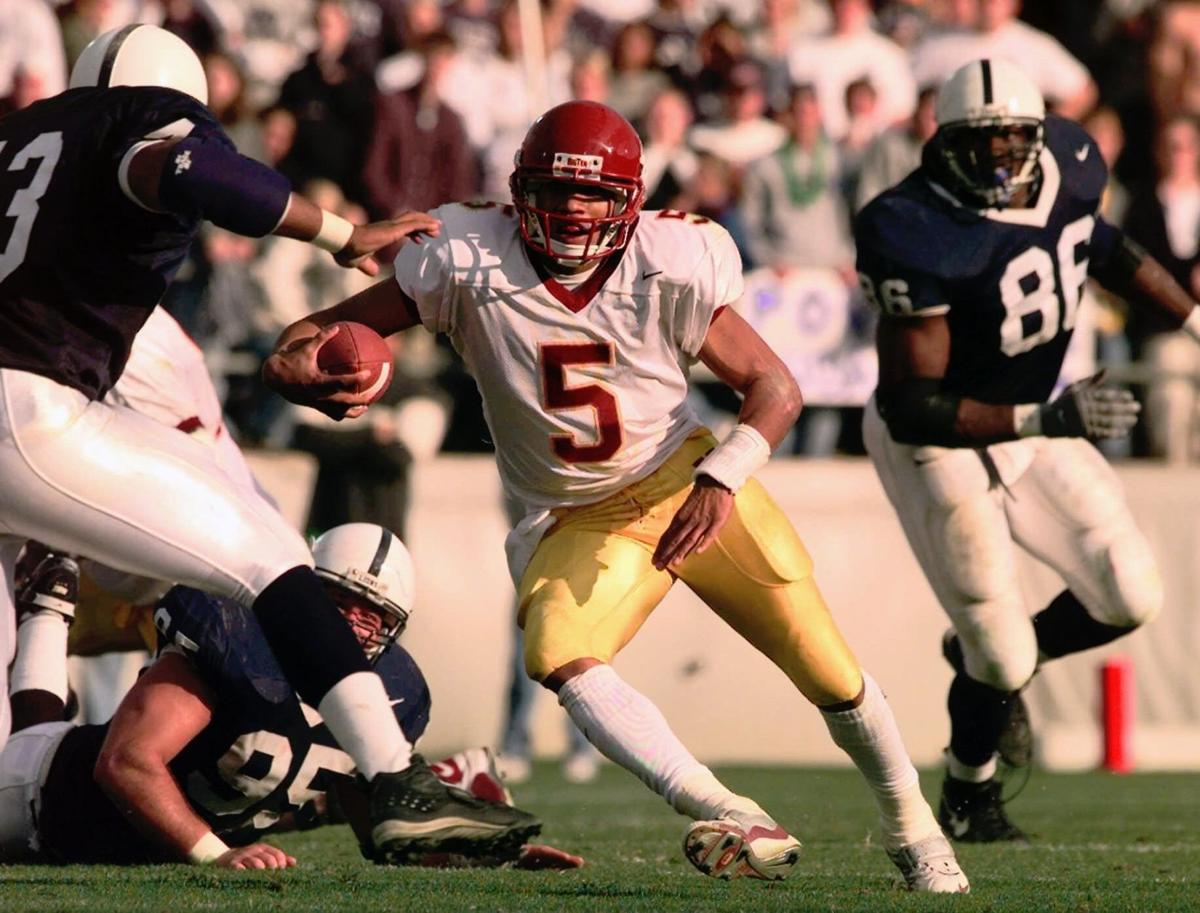 Long-time Penn State football fans have historic cause to be queasy as the Nittany Lions – unbeaten and No. 4 in the College Football Playoff rankings – prepare to meet Minnesota on Saturday.

But it was a Golden Gophers squad coached by Glen Mason that derailed Penn State’s national championship dreams 20 years ago this week.

The Gophers came to Happy Valley in 1999 as big underdogs while the Nittany Lions were 9-0 and ranked No. 2 in the Associated Press poll. Minnesota was 5-3, unranked and losers of three of its previous four games.

The Lions were led by linebacker LaVar Arrington and defensive end Courtney Brown – the top two picks in the following spring’s NFL draft.

Arrington had graced the cover of Sports Illustrated magazine’s preseason issue that August – right before a 41-7 pounding of Arizona in the Pigskin Classic and then eight more victories.

But a pair of desperation pass completions by Minnesota quarterback Billy Cockerham and a 32-yard field goal on the final play by freshman kicker Dan Nystrom sent the Gophers to an unlikely 24-23 triumph in Penn State’s homecoming game.

Arrington, in a look-back interview with the Big Ten Network this week, said with that kick the Lions’ dreams were “dashed.”

Arrington won the Butkus and Bednarik awards – but not a national title, despite the hype and promise.

He told BTN he sometimes thinks about “what could have been” in 1999.

Nystrom’s winning kick went right over Arrington, who had earned “LaVar Leap” legendary status for his ability to get vertical.

“I thought we had the game in control,” he said. “Lo and behold, they hit a ‘Hail Mary’ on fourth-and-forever. Puts them in field-goal range. It still burns a little bit 20 years later.”

Mason told the Morning Call that he had a photo of that final play enlarged and hung on a wall in his home.

A win Saturday by Minnesota would not be nearly as shocking as that 1999 outcome, but could have equally damaging results.

After this week’s clash with the Gophers, Penn State has a home date with Indiana (7-2) and a trip to No. 1 Ohio State (8-0) before finishing against Rutgers (2-7).

The Indiana game will be huge. The trip to Columbus could be college football’s game of the year.

Kurpeikis said he believes that had Penn State beaten Minnesota, the Lions “probably would have run the table.”

Penn State made its College Football Playoff rankings debut this season in a big way as the Nittany Lions checked in at No. 4 in the first rankings of the year.