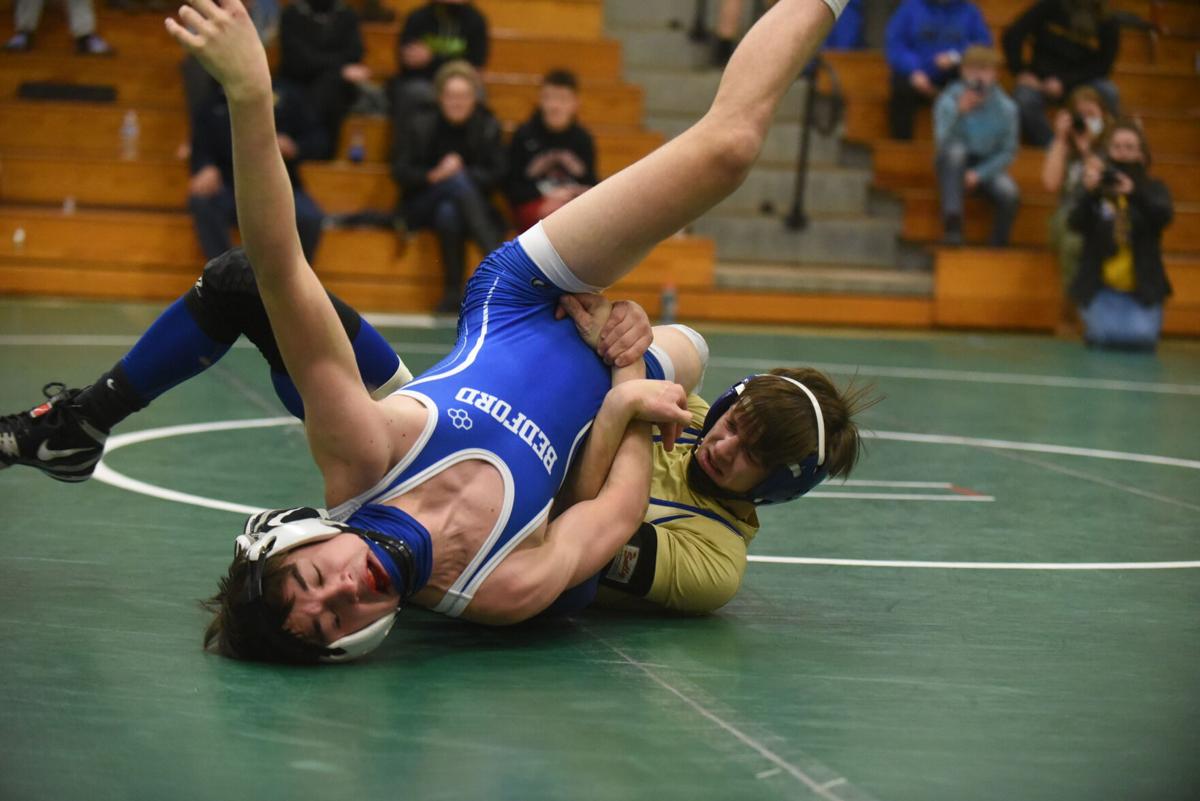 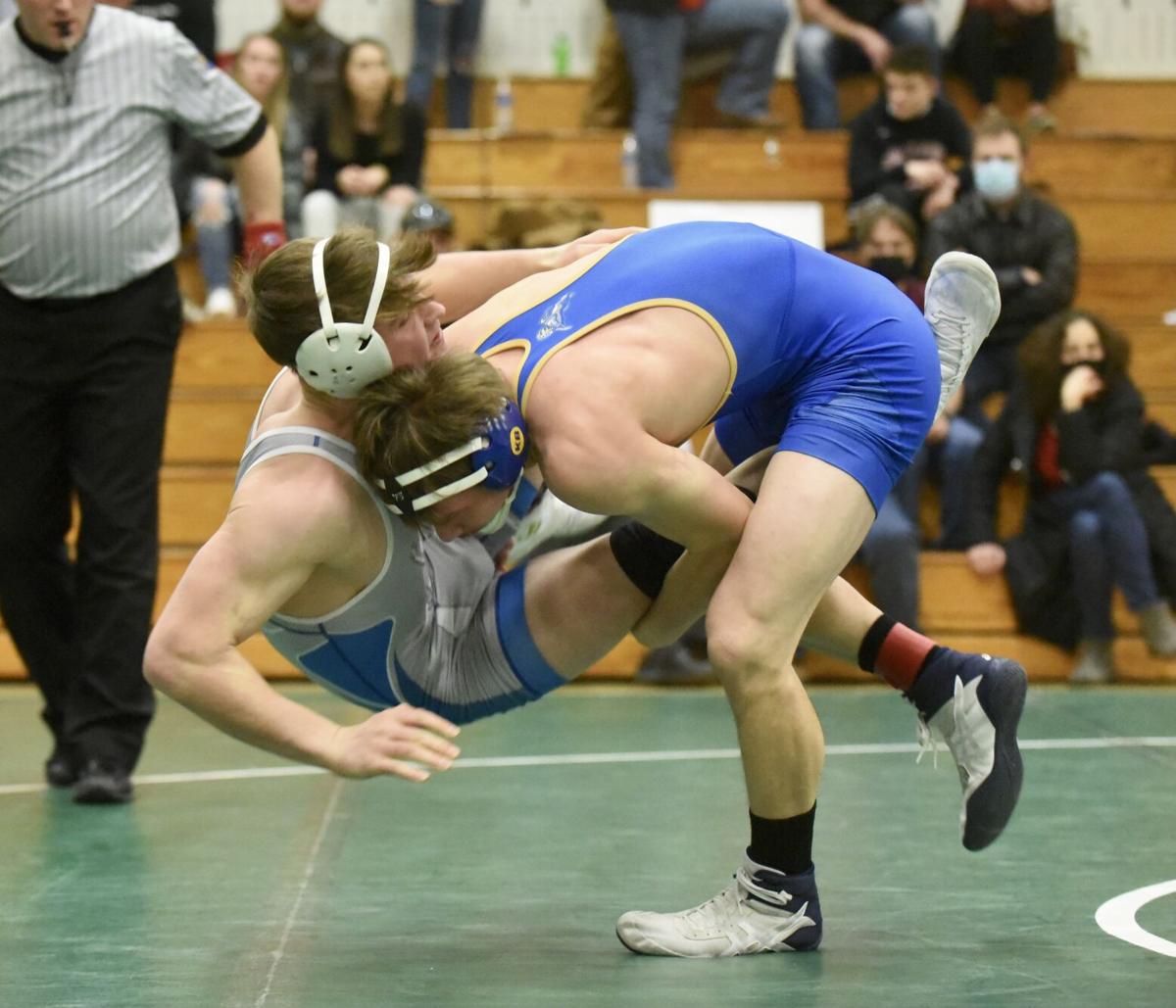 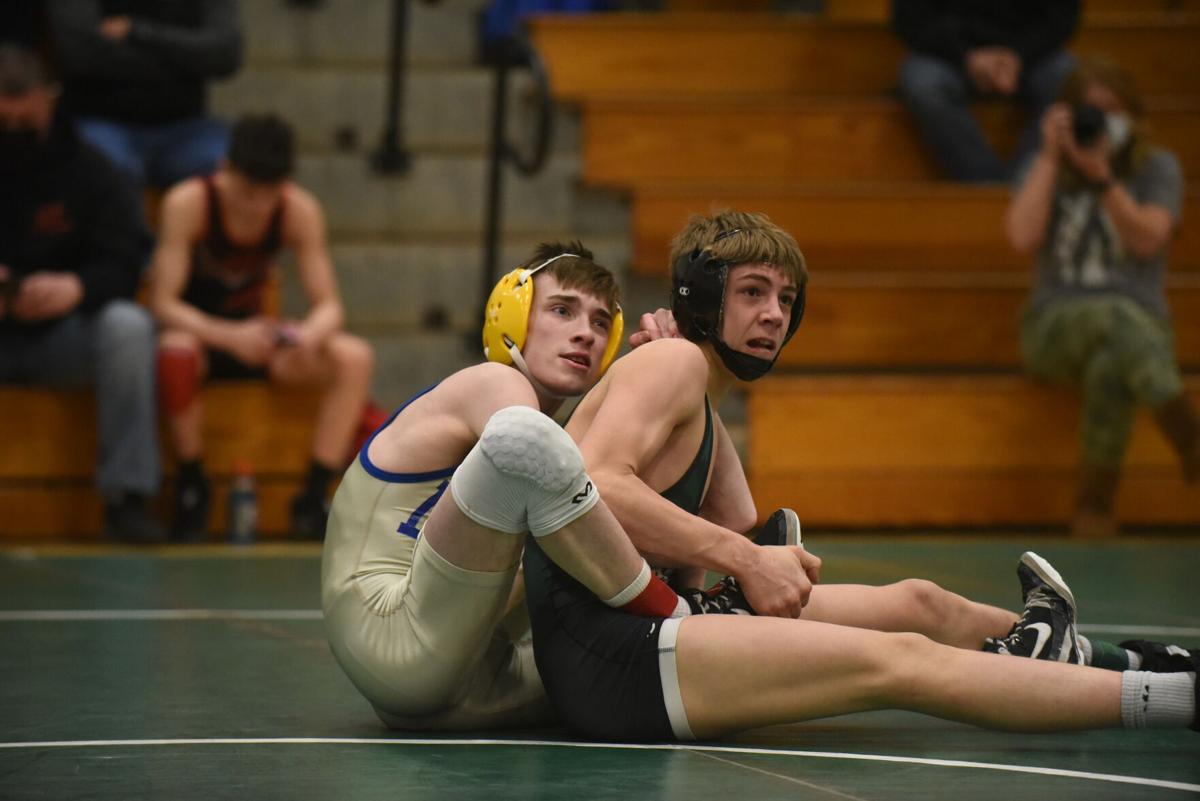 BOSWELL – Josh Deputy was worried that the format for the District 5 Class 2A Wrestling Tournament, which was changed due to pandemic regulations, might affect how his team’s performance on Saturday at North Star High School.

Chestnut Ridge produced five champions and easily outdistanced second-place Tussey Mountain – 207 to 109.5 – to win the program’s 10th consecutive title at the individual tournament. That was more important than normal this year, as the tournament winner will represent the district in the PIAA duals competition.

For many of the Chestnut Ridge wrestlers, that means more than individual honors. It’s been evident in past seasons, as Lions who were among the best in the state would crowd around the mat to cheer on teammates with losing records. It’s a trait that has come to define Ridge’s decade of dominance.

Deputy worried that splitting the tournament into two separate events – lightweights in the morning and upper weights in the afternoon – would sap his wrestlers of some of that energy.

“Honestly, I was concerned,” Deputy said. “I was concerned with us not having that, that we’d have a letdown. I told people we wrestle better in duals because they wrestle better for each other. That’s just the way it is for us, but they did a good job today. I thought that everyone did their job and did what they should.”

In another pandemic-mandated change, only two wrestlers from District 5 qualify for the regional tournament this year, a drop from three. In order to ensure that the best two advanced, the district used a “true-second” match, in which the third-place finisher got a chance to challenge the runner-up if they hadn’t met earlier in the tournament. Riggleman, Moyer and Weyandt each won challenge matches.

“I thought we started off a little slow today and kind of picked the momentum up,” Deputy said. “I think that’s a tribute to our schedule and who we wrestle all of the time. Coming back with those true second matches, that was fun today.”

Calan Bollman beat North Star’s Nathan Pelesky 8-3 in the highlight match of the day. The Ridge wrestler is ranked first in the state at 113 pounds while Pelesky is No. 7, according to PA Power Wrestling.

“Pelesky’s a great wrestler,” Deputy said. “He’s done a great job for them this year. I knew he was going to test Calan. Calan’s a gamer. He just has a feel that most kids don’t have.”

“Not to sound overconfident, but I knew that he was going to win,” Deputy said. “He’s been the leader of our team this year. He’s stepped into that leadership role. He’s that junkyard dog in practice. He works his tail off. I think he sees little brother, and it’s time for big brother to show that he’s coming on. He just gets better every week.”

“It means a lot,” Hemminger said of his district title. “Last year I came up short. I worked all offseason, every day, training for this moment. It was awesome.”

Meyersdale had a pair of champions in 160-pounder Austin Broadwater and heavyweight Jalen Stephens.

Broadwater edged North Star’s Kolton Furry, a close friend, by a 1-0 score in the championships.

“I’ve known him for a long time – practically my whole wrestling career,” Broadwater said. “I love the kid, and it’s hard wrestling your friends in the finals, but you know that you’ve got to go there and just wrestle hard to do what you need to do to win.”

Stephens, who is ranked first in the state at 285 pounds, used a second-period escape and a third-period rideout to defeat Tussey Mountain’s Matt Watkins 1-0 for his second district title.

“I wrestled a lot of these kids – and I beat them – when I was younger,” Hawkins said. “I didn’t feel bad about being the third seed. I felt great. I felt ready to wrestle.”

Wrestlers from The Tribune-Democrat's coverage area who qualified for the Southwest Regional Class 2A tournament from District 5 on Saturday:

ALTOONA – If you were a Forest Hills wrestler Saturday afternoon at the Altoona Area High School Fieldhouse, chances are you enjoyed one heck …