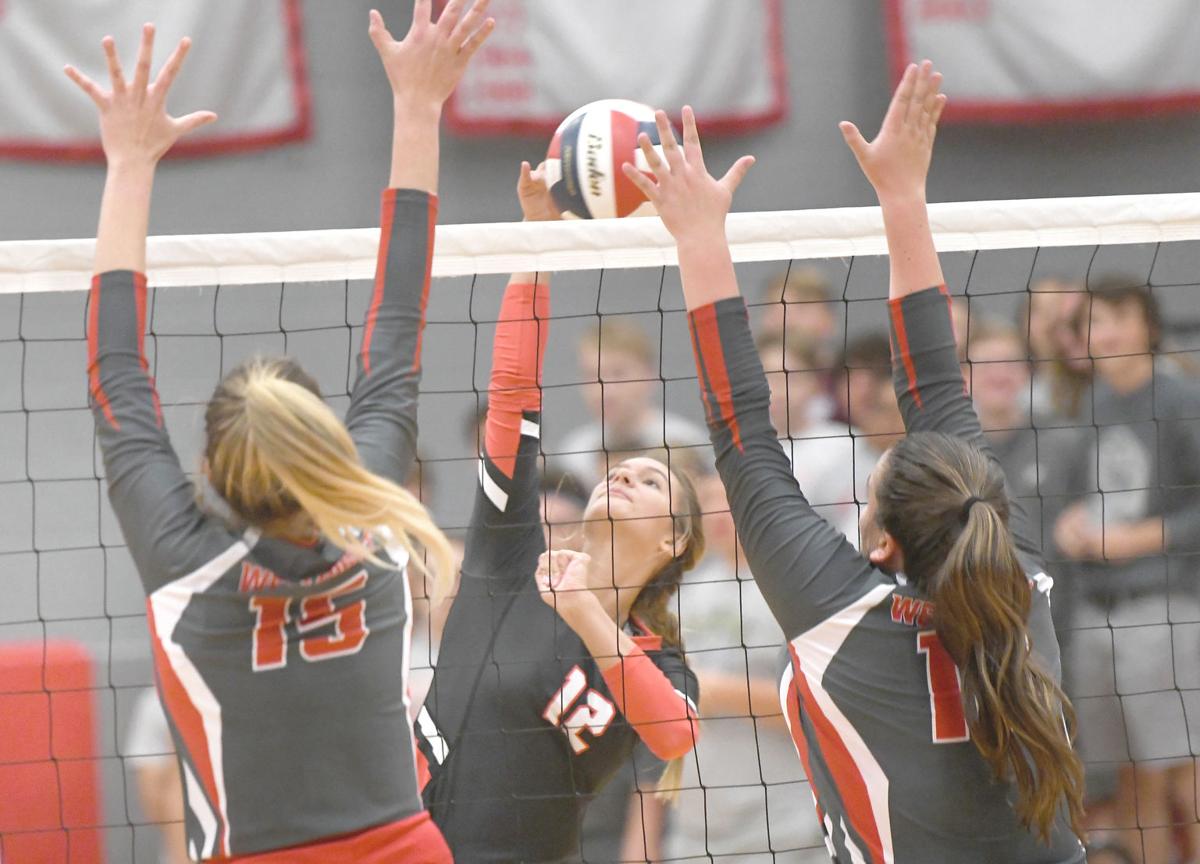 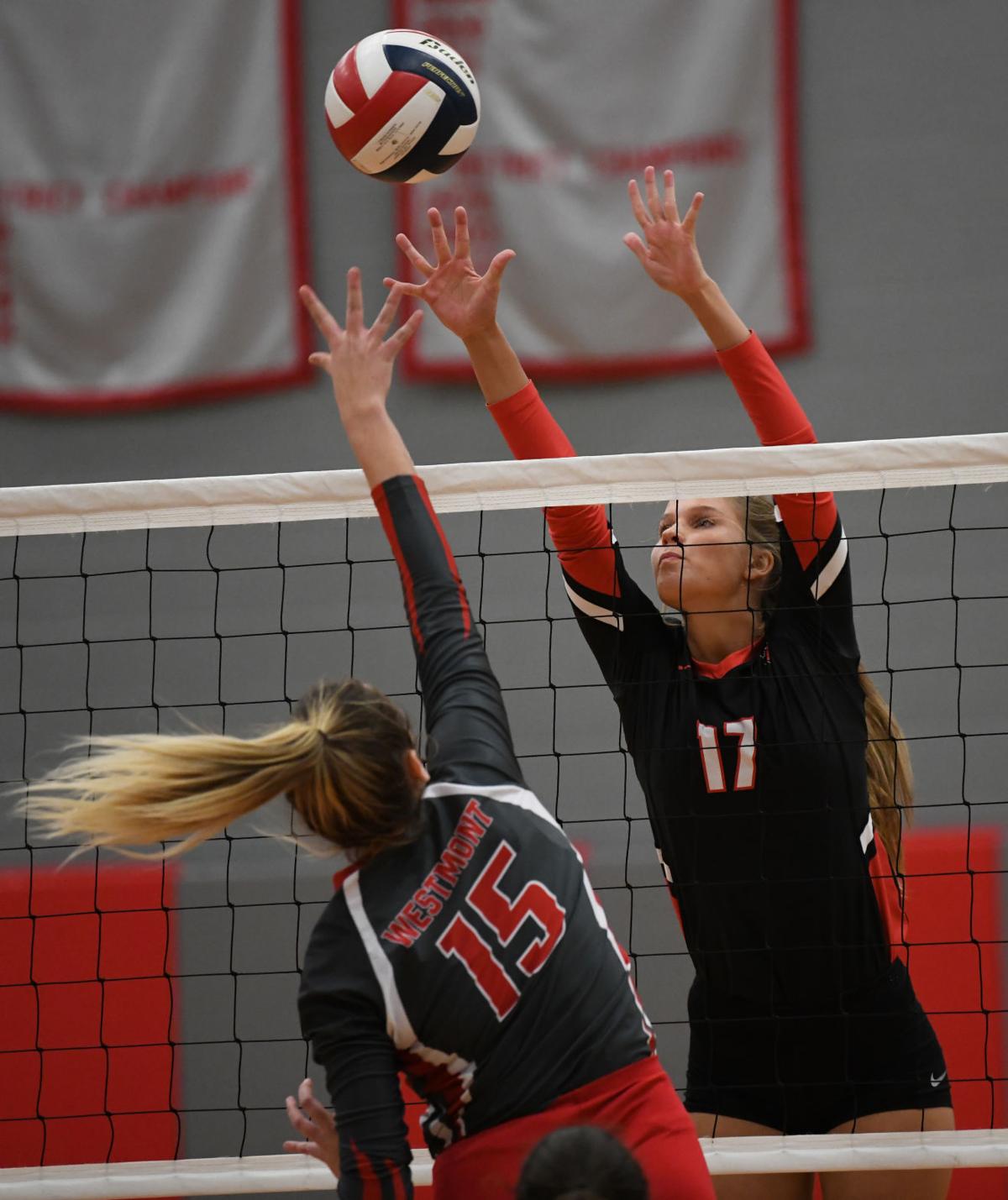 It’s hard to picture a better start this season for the Central Cambria volleyball team.

With a dominant performance at the net and steady play from the back row, the Lady Red Devils continued their winning ways with a 3-0 conference victory (25-17, 25-18, 25-7).

“Overall, our front row has been really good for us,” said Central Cambria freshman middle blocker Kami Kamzik, who finished with five blocks and four kills. “We put a lot of emphasis on our communication. Before every play, we always communicate with our setter what we’re running. That plays a big part for us.”

On a nightly basis, the Red Devils have been able to overwhelm teams with their size and skill up front.

“They came out right from the start,” Central Cambria coach Jason Layman said. “We got a couple big leads early in the game and started to roll with it.”

The trio up front was tested to open the game as the Hilltoppers took a quick 4-1 lead in the opening set.

After quickly regrouping, Kudlawiec knotted the game up with a block as a deceptive kill from Kiersten Szpala put the Red Devils in the driver’s seat.

As Central Cambria began to take control, Westmont Hilltop remained a thorn in its side.

The Hilltoppers totaled 10 points throughout the three sets with the game hinging on set point. Hannah Bortz set up the Hilltopper attack with seven assists as Abbie Bortz contributed five kills.

“You can’t really fall asleep on any night in the Laurel Highlands,” Layman said. “We’ve learned our lesson over the past few years that if you take a night off, you’re going to be going home not on the winning side of things.”

The Red Devil attack continued through the second set as Kudlawiec and Taylor Hritz both contributed two kills each, which kickstarted a 13-6 run.

In the middle frame especially, much of Central Cambria’s offense came from the back end.

“We just played really well together,” said Central Cambria libero Cassidy Bezek, who finished the night with 23 digs and 11 service points. “Our passing on serve-receive is really good, so our hitters were able to execute.”

Central Cambria ventured on an 8-0 run to open the third set that was sparked by several defensive rallies.

The Red Devils allowed only seven points in the final set to earn the sweep.

“If you want to stay up in the LHAC, everyone has to keep working hard and give your best effort every night,” Bezek said.

The convincing win for Central Cambria maintains its target as the team to beat in the LHAC.

With a tough schedule remaining ahead, however, the team is attempting to treat every game the same as the pressure continues to build each night.

“That’s one that nobody really talks about,” Layman said of his team’s undefeated record in conference play. “We’re focusing on one game at a time right now. We’re rolling each week with what we have ahead of us.”

Jackson Hudkins tallied two goals in the second half to lift the Huskies to a non-conference victory over the Lions on Monday.