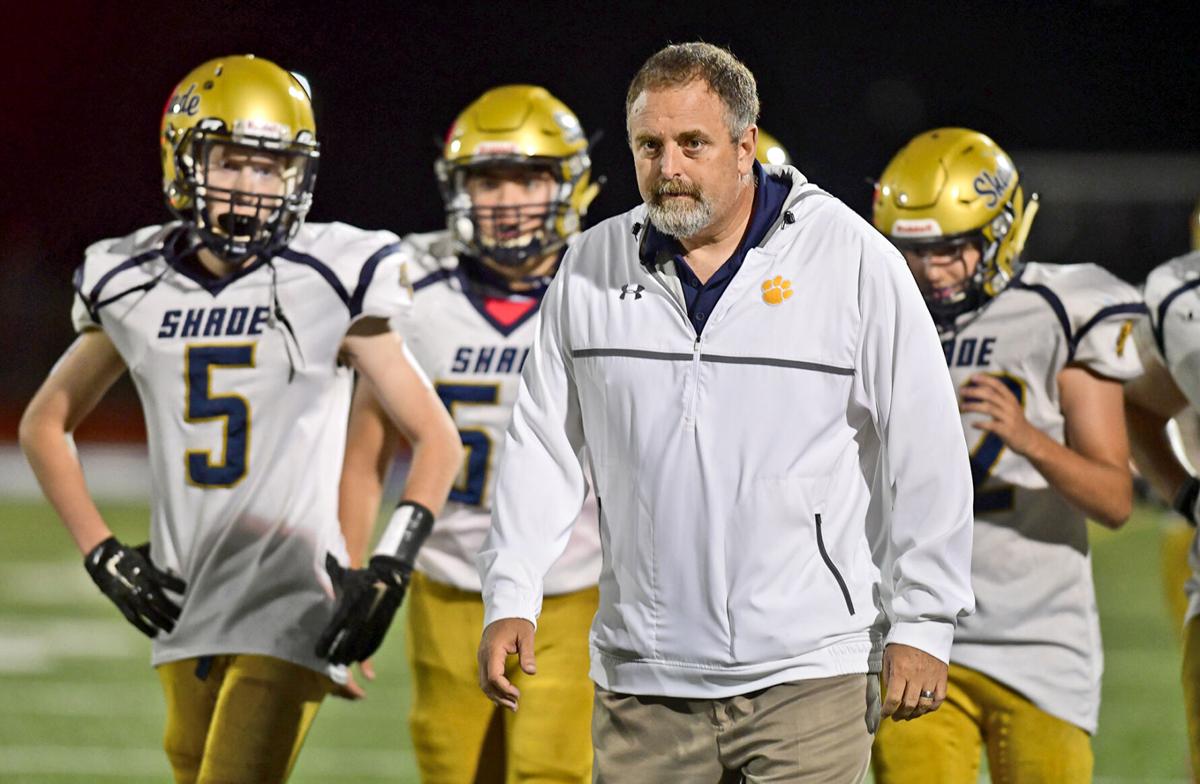 Shade coach Don Fyfe walks with his players at the end of the 1st quarter of their game against Windber at Windber Stadium on Friday, September 25, 2020. 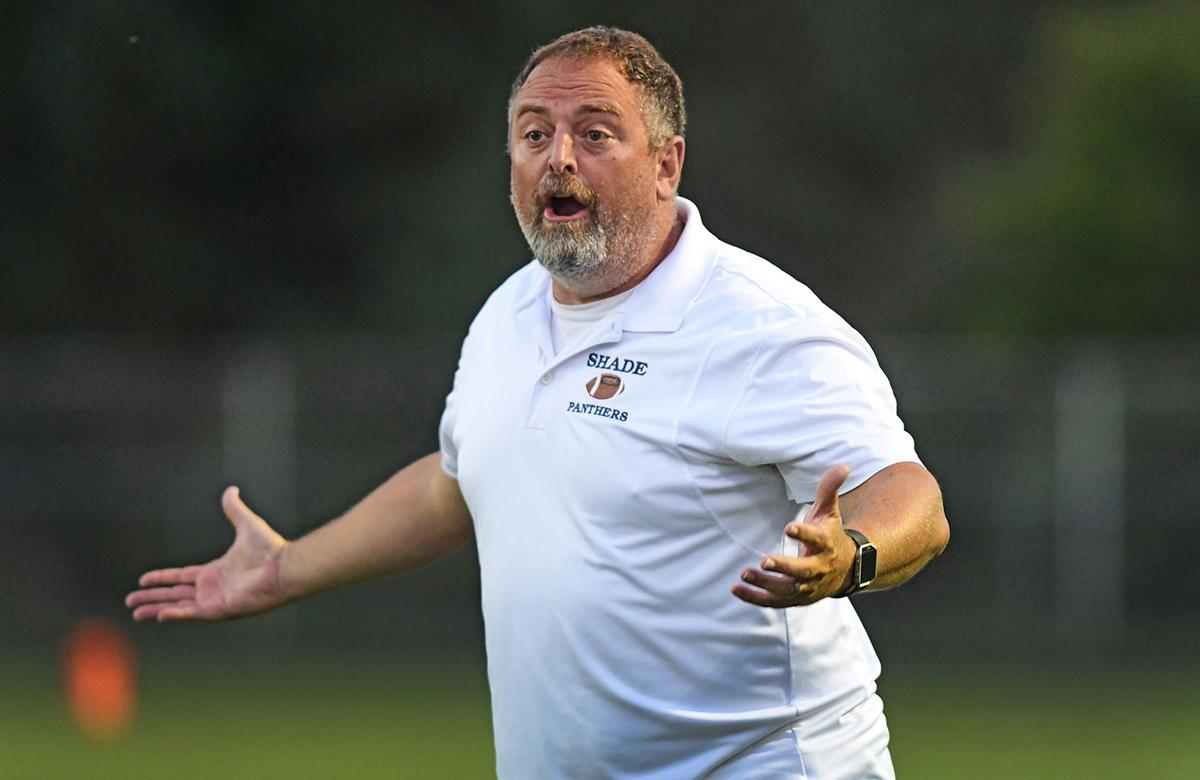 Shade head coach Don Fyfe reacts to a penalty in the 2nd quarter of their game against Meyersdale at Shade High School on Friday, September 6, 2019.

Shade coach Don Fyfe walks with his players at the end of the 1st quarter of their game against Windber at Windber Stadium on Friday, September 25, 2020.

Shade head coach Don Fyfe reacts to a penalty in the 2nd quarter of their game against Meyersdale at Shade High School on Friday, September 6, 2019.

Former Shade High School coach Don Fyfe will be back on the sideline as a head coach next scholastic football season.

“I’m really excited to get started. To be honest, more than anything, I’m just appreciative of the opportunity to be a head coach again at a place like Central Cambria,” said Fyfe, who spent last season as offensive coordinator at Bishop McCort Catholic because the Shade program was suspended after the 2020 season due to low numbers.

“Their facilities are amazing. To be a coach in one of the top conferences in the state is just an awesome opportunity.”

Previously, Fyfe led the Shade program during two different tenures, winning the WestPAC and District 5 Class 1A championships with an 11-2 record in 2018, when he was Tribune-Democrat Coach of the Year.

Fyfe will replace popular former Red Devils coach Shane McGregor, who resigned in November after five seasons. McGregor was a star player at Central Cambria and a walk-on quarterback at Penn State University before leading his alma mater to a 13-34 record that included marks of 4-6 in 2021 and 4-3 in 2020.

“Shane has really done a great job. It was his decision,” Central Cambria’s Wilson said. “He felt like it was time to move on. I want to thank him and his staff for the years.

“They’ve really got the program back. The numbers are really good. We’re moving on to the next phase and I think Don will be the right person to man the ship.”

Like McGregor, Fyfe was a standout quarterback and a prolific passer. He attended Chestnut Ridge before playing at then-NCAA Division III St. Francis University.

His first stint at Shade resulted in a 9-36 record in five seasons from 2000-04. He returned in 2012 as a co-coach with Mike Pribish and then moved into the head job the next season. Those teams from 2012-20 posted Shade’s only three winning records during a 22-year span.

The Panthers were 48-52 during Fyfe’s second tenure and 57-88 overall under his watch.

“I’m appreciative of the people of Shade to give me a second chance to be a head coach,” Fyfe said. “Without that second chance at Shade, I wouldn’t be the Central Cambria coach right now. We had a lot of success.

“I’m appreciative of all the opportunities. As you get older, you look back and realize you’ve been through a lot. I’m happy to be a head coach again.”

His time in the LHAC with Bishop McCort Catholic last season provided Fyfe a glimpse of what he’ll be preparing the Red Devils for in the fall.

“The thing that jumped out to me was just how good every team is,” Fyfe said. “Every team on any given night can beat you. It’s a gauntlet to go through. In the WestPAC, we have amazing coaches, but other than the top teams you could find someone you could maybe try to isolate your top guy on. I’m still looking for that guy to isolate on in the Laurel Highlands.”

Wilson said Fyfe will have an opportunity to name his assistant coaches. Both he and the coach envision “a blend” of current assistants and coaches who have worked with Fyfe in the past.

“To get somebody with the experience he’s had – not too long ago, he won a district championship with Shade,” Wilson said. “He brings a ton of experience, and what I really like about him is he brings a ton of passion. I’m excited about the man we’re getting. In the time I’ve been through the interview process with him, I think we’re bringing in someone who has a genuine love and passion for working with the youth, working with the players.”