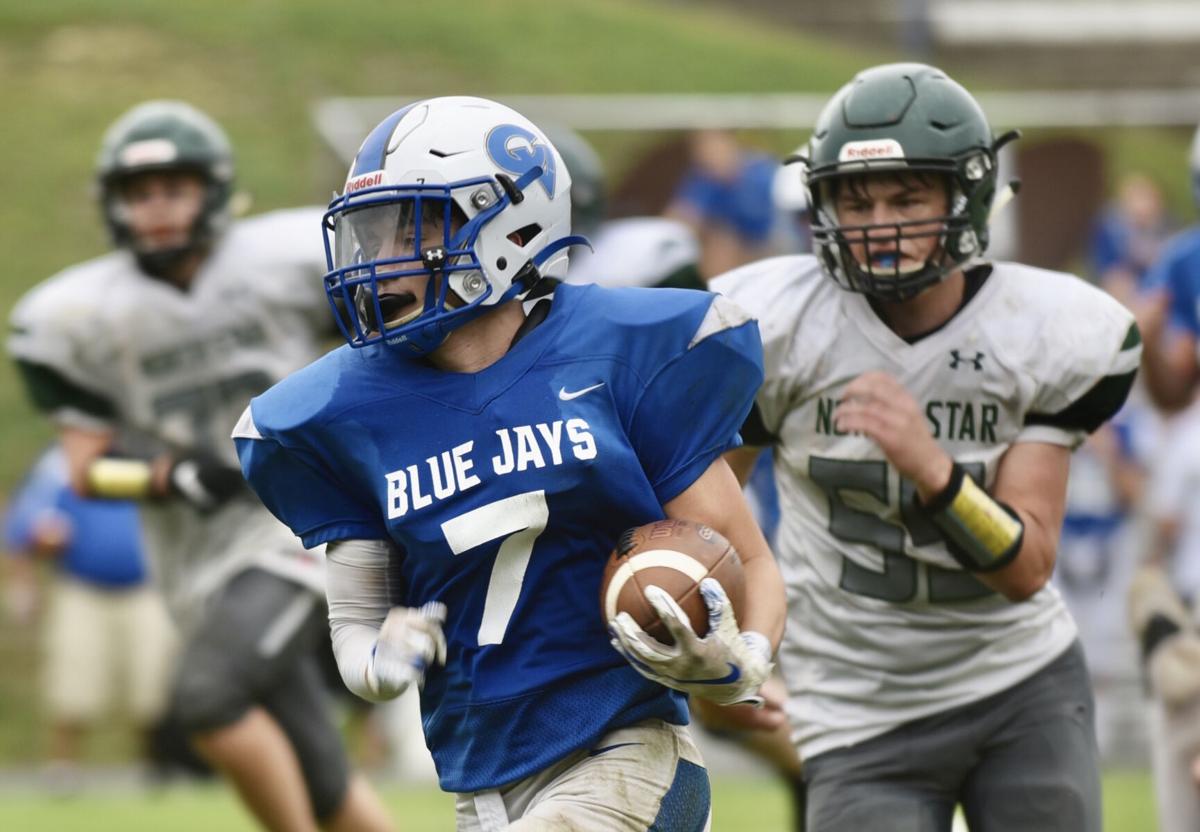 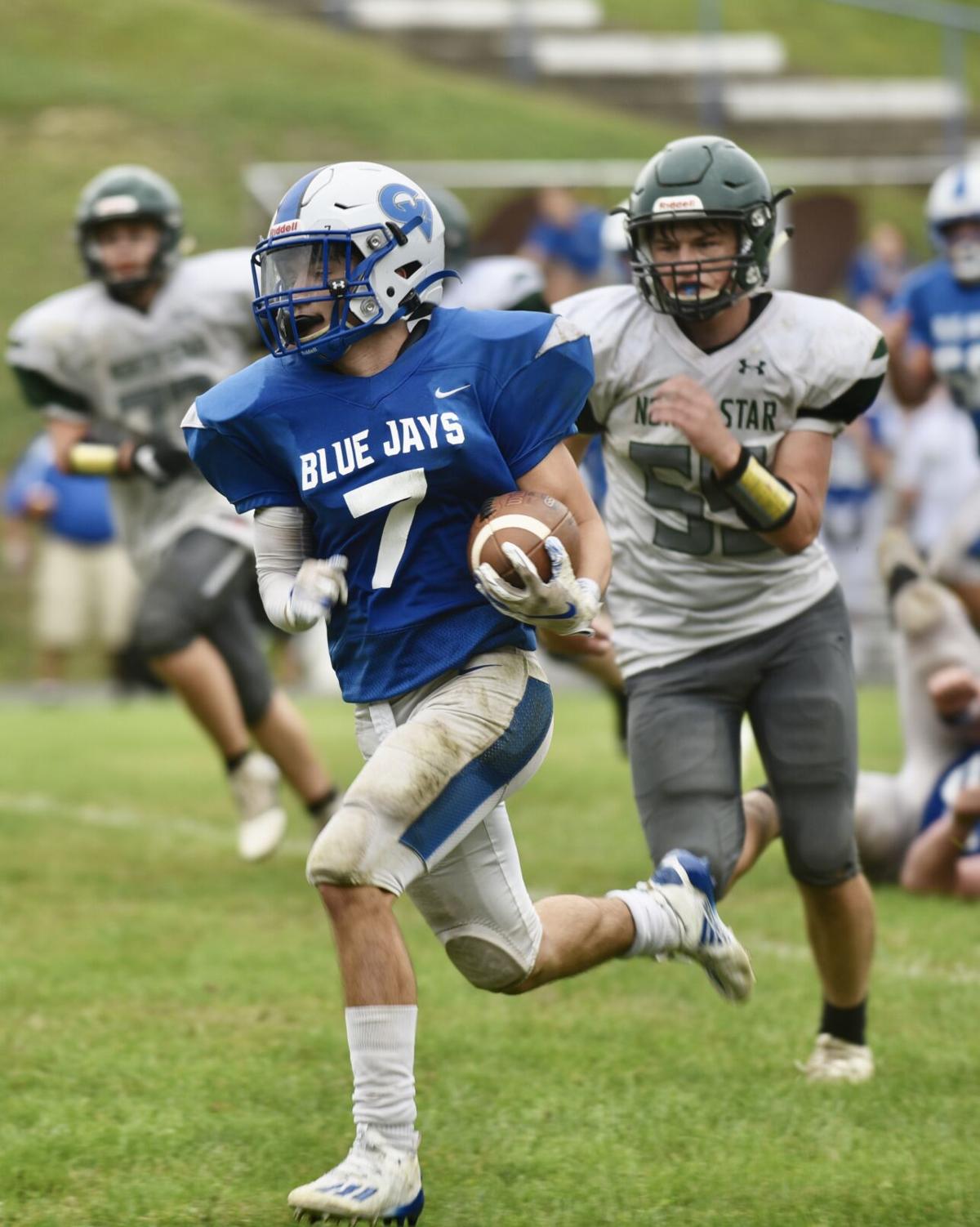 A new era in WestPAC football began Saturday afternoon as the Ferndale-Conemaugh Valley co-op squad took to the field for the first time against visiting North Star at Conemaugh Valley’s Thomas Yewcic Stadium.

The rejuvenated Blue Jays squad controlled the action in all phases of the game, as a big-play offense and stout defense overwhelmed the Cougars 41-0.

Junior running backs Logan Kent and Nick Heltzel paced a Conemaugh Valley ground attack that picked up 275 of the Jays’ 344 total yards. Kent ran for a game-high 160 yards and two scores on 21 carries, while Heltzel rushed for 88 yards and two touchdowns, and also caught a 47-yard touchdown pass.

“I give all the credit for our defensive game plan to our coordinator, Hopeton Bailey,” Kent said. “The guys went out and executed it.”

“We need to improve and get better in all areas, offense, defense, and special teams,” said first-year North Star coach Bob Landis. “We had a lot of guys playing their first varsity game today, and had people playing different positions.

“Conemaugh Valley took advantage of a lot of our missteps.”

Kent got the Jays on the board by sprinting 56 yards for a touchdown on the opening play of the second quarter. Noah Heltzel then added the first of his five extra points for a 7-0 lead.

“We came together and played as a team,” Kent said. “We watched a ton of film and felt really prepared for this game.”

Later in the quarter, Conemaugh Valley added to that advantage when Noah Heltzel hit a wide-open Nick Heltzel on a 47-yard touchdown bomb at the 7:37 mark. Less than two minutes later, the Jays’ Justin Mitchell blocked a punt that was recovered in the end zone by Matt Jasper for a score that produced a 21-0 halftime lead.

Conemaugh Valley continued that momentum to open the third, as the Blue Jays needed just four plays to move 65 yards for a score. Nick Heltzel turned the corner and dashed 48 yards to the end zone at the 9:47 mark.

He added another touchdown run on the ensuing possession, a 25-yarder that made it 35-0 and triggered the mercy-rule running clock.

The Blue Jays finished the scoring in the final quarter after putting together a 13-play, 63-yard drive that was capped off by Kent’s 10-yard touchdown run.

North Star will host Portage on Friday, while Conemaugh Valley will travel to Shade.