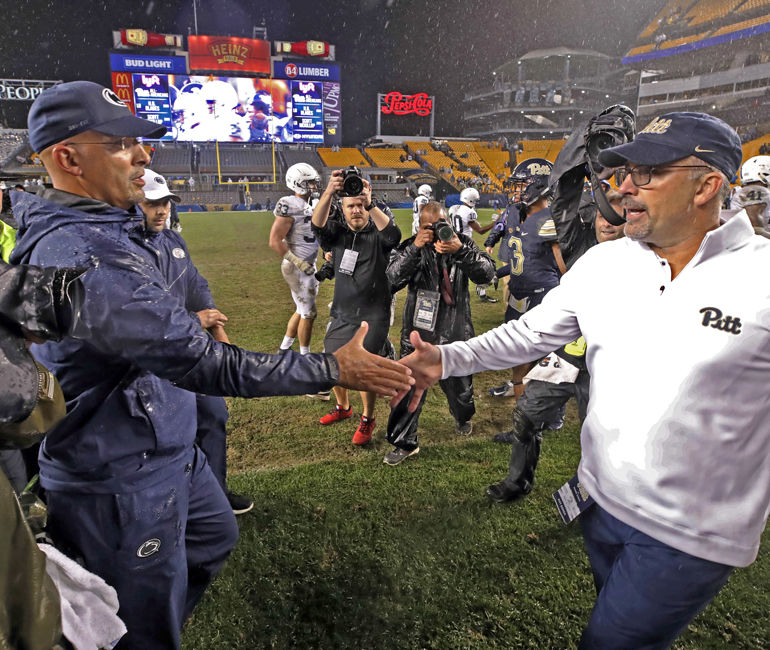 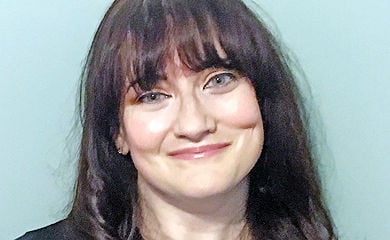 When the Pitt-Penn State series resumed in 2016, one thing that gave the rivalry new life was the willingness of the two head coaches to lean into it.

Pat Narduzzi and James Franklin have been the perfect coaches to give the rivalry some teeth again.

Talk about “dominating the state,” accusations of excuse-making, “James from State College” calling into Pitt’s flagship radio station, and questions about whether or not Pitt and Penn State are still rivals have defined this chapter of the series, which will play its 100th game on Saturday.

The two coaches have been unable to agree on the most basic thing – if Pitt and Penn State are truly rivals.

Franklin’s stance over the years is that every game is big and he doesn’t treat any game on the schedule differently. “Unrivaled” is one of Franklin’s buzzwords and is plastered all over Penn State’s athletics website. As such, Franklin has downplayed the rivalry frequently.

On the flip side, Narduzzi has been adamant that the two are rivals, and the game is important to Pennsylvania as a whole. Though Narduzzi has benefited from the “unrivaled” talk; he used it to motivate his team in the lead up to the 2016 game.

“We were just motivated by all their talk off the field before the game. Everything that they said on Twitter or whatever throughout, I think it really drove us. Hopefully they’ll think this is a rivalry game now,” Pitt quarterback Nathan Peterman said following the Panthers 42-39 win on Sept. 10, 2016.

Peterman said Narduzzi had showed the team things from a “few people” who said it wasn’t a rivalry.

“Anyone who wants to argue and say this is no different than any other week. OK, it is,” Narduzzi said prior to last year’s game at Heinz Field. “That’s a fact. If you want to ignore that, you can ignore it. It’s a big game”

Narduzzi’s comment was a not-so-subtle jab at Franklin, who dominated headlines following Penn State’s 2017 win over Pitt when he compared the victory to beating Akron.

“I know last year, for their win, it was like the Super Bowl. But for us, this was just like beating Akron,” Franklin said following Penn State’s 33-14 win over Pitt.

The comment garnered nationwide attention and was received negatively for the most part.

NFL Network host Rich Eisen pointed out on Twitter that Penn State wasn’t even Pitt’s biggest win in 2016, as the Panthers had stunned No. 2 Clemson in Death Valley, the only defeat of the Tigers en route to their 2016 national championship.

“They went low, we went high,” Narduzzi said in response to Franklin’s comment.

Franklin’s Super Bowl comment is arguably the most infamous statement by either coach, but the two had taken shots at one another before.

Following the 2016 game, Franklin was frustrated that Pitt had been clapping on defense, convinced it was an illegal attempt to confuse the offense which was using a clap-cadence for its snap count. Narduzzi responded that it was “just another excuse.”

Before the two teams even met on the football field, Narduzzi made headlines in October 2015. Asked at a press conference about Peterman’s accuracy and whether it was the result of Peterman’s play or good play calling, Narduzzi replied that it was a combination of the two. What he went on to say is what got attention:

“You could have a talented quarterback with a bad play caller and make him look bad. You see that around the country, some closer than others.”

The comment was widely regarded as a shot at Franklin and quarterback Christian Hackenberg, a former five-star recruit who put up his best numbers under previous Penn State coach Bill O’Brien.

Franklin also gained notoriety in Pittsburgh when he phoned Pitt’s flagship station, KDKA 93.7 FM, and introduced himself as “James from State College.”

As the series wraps up, the two coaches expressed respect for one another in their respective press conferences this week and both have been restrained in their remarks. For all the talk between the two over the years, both seem to be ready to allow the play on the field to do the talking for them.

Pitt backup safety John Petrishen probably never imagined he would become such a focal point in the run up to this Saturday’s game against Penn State.