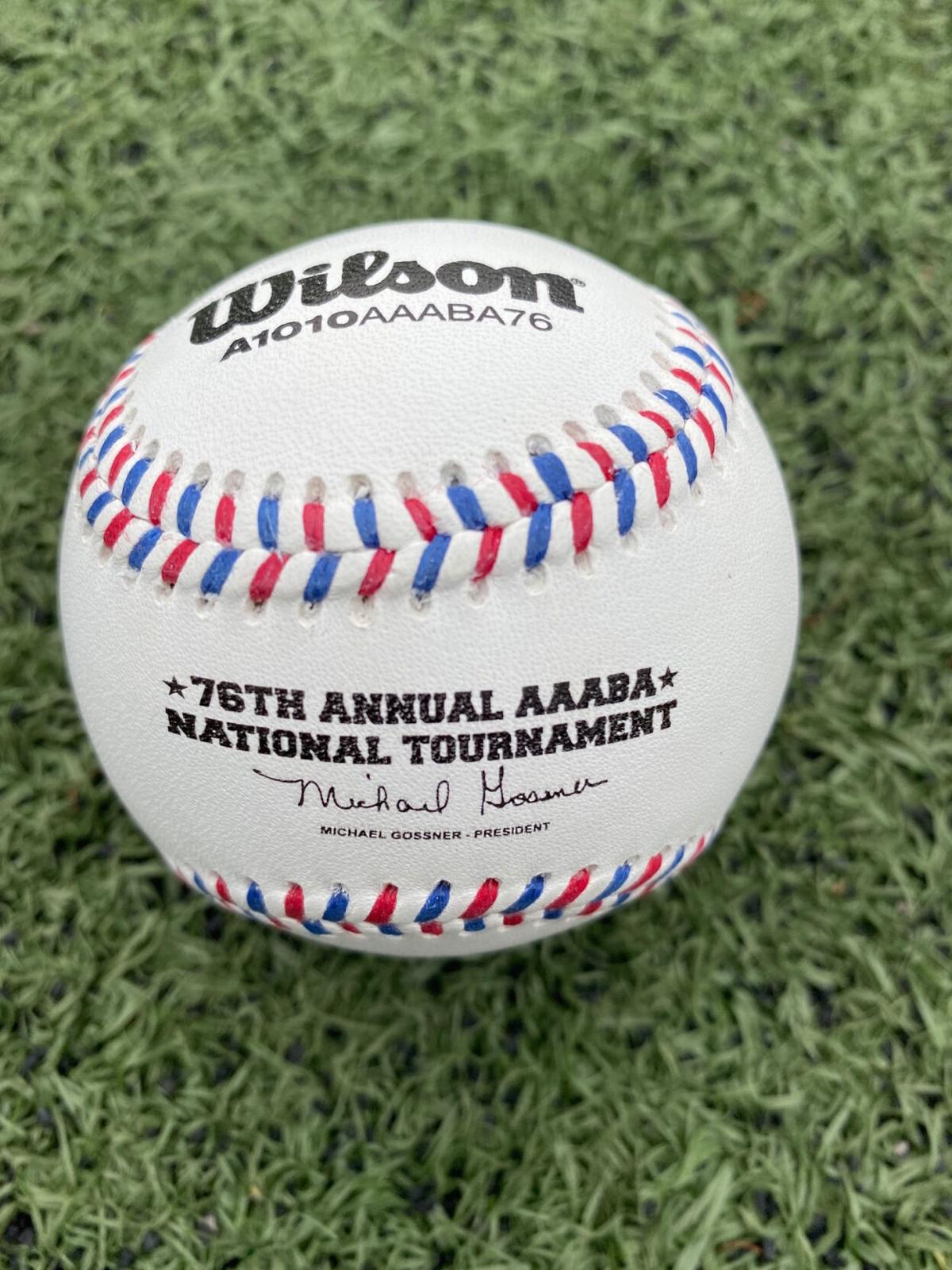 The official baseball of the 76th All American Amateur Baseball Association Tournament. 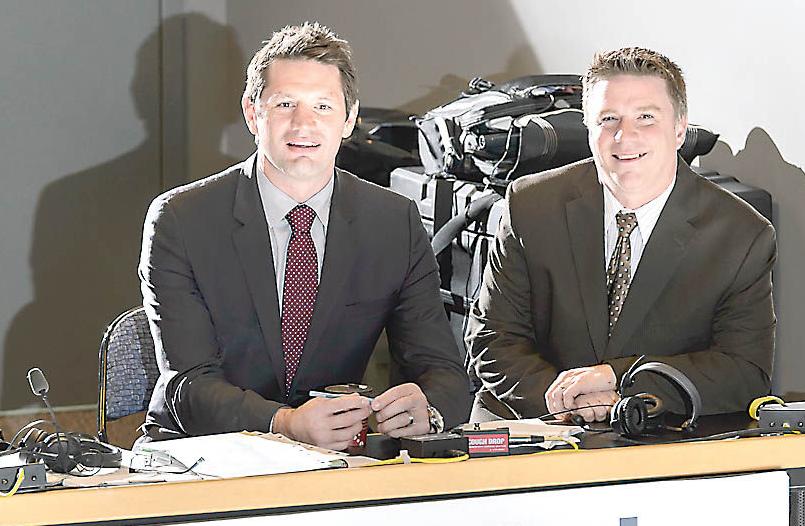 Jody Shelley and Bob McElligott, radio announcers for the Columbus Blue Jackets, are shown in 2014. 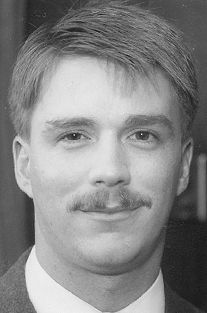 The official baseball of the 76th All American Amateur Baseball Association Tournament.

Jody Shelley and Bob McElligott, radio announcers for the Columbus Blue Jackets, are shown in 2014.

JOHNSTOWN – Columbus Blue Jackets radio broadcaster Bob McElligott is back in the region this week, but the Somerset native is thinking baseball, not hockey.

McElligott, who got his start as the Johnstown Chiefs Iron Dog mascot and later served as the ECHL team’s radio play-by-play man, will watch the Columbus TNT Knights throughout the 76th AAABA Tournament.

His son Matthew McElligott, who was born at the former Lee Hospital in Johnstown, is on the Columbus roster as a pitcher. Columbus beat Brooklyn-2 SAYO Grays 20-7 on Monday at Portage’s Haschak Field, though Matthew McElligott didn’t pitch.

The younger McElligott is a 6-foot-1 right-hander who graduated from Bishop Hartley High in Columbus last year and is attending Gulf Coast State College in Panama City, Florida.

“He has uncles on each side of the family who have played in the AAABA Tournament,” said Bob McElligott, who recently finished his eighth season as the Blue Jackets’ play-by-play caller and 12th year with the NHL team. “His uncle John Keller played on the 1982 Coke team after he was picked up from Cernic’s for the tournament.

“His uncle Jerry ‘Digger’ McElligott played for Coke in 1993.”

After his time with the Chiefs, Bob McElligott was on the radio with the former Syracuse Crunch team in the American Hockey League from 2000 to 2010.

He eventually made the jump to the NHL with Columbus.

After working so many years inside 1st Summit Arena @ Cambria County War Memorial, Bob McElligott offered one more note tying into the tournament.

“The players banquet was at the War Memorial (on Sunday), and Matthew played goal for the Dayton Stealth against the Appalachian Elite,” Bob McElligott said of a contest at the arena years ago. “As a sophomore, Matthew got a win.”

• AAABA to Double-A: Two AAABA Tournament alums faced off against each other on Sunday night at People’s Natural Gas Field in Altoona.

Altoona Curve left-handed starting pitcher Trey McGough threw five innings and had a no-decision in his team’s 8-7 loss to the Harrisburg Senators.

A Ferndale High graduate who played for Johnstown Martella’s Pharmacy in the 2016 and 2017 AAABA Tournaments, McGough (3-2) has had a solid season since his call-up to the Double-A Curve two months ago.

He faced New Orleans Boosters alum Cole Freeman, the Senators’ center fielder, who played in the 2014 and 2015 AAABA Tournaments, including a title run in his second season with the Louisiana team.

After the AAABA Tournament, Freeman went on to play at Louisiana State University and participated in the College World Series.

For more than 60 years, Theresa Hubbard, 84, has sat along the third-base line of Sargent’s Stadium at the Point for opening night of the AAABA Tournament, and Monday was no different.