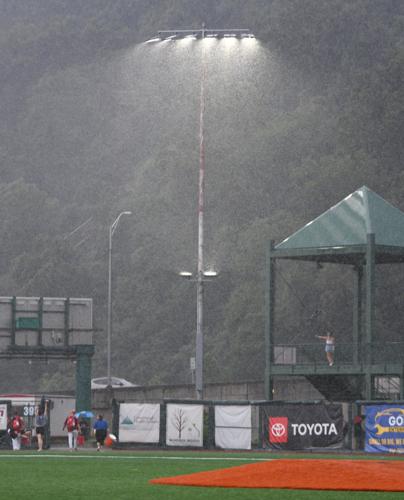 A hard falls on Sargent’s Stadium at the Point, causing the postponement of the 77th AAABA Tournament game between Cleveland and Paul Carpenter Capital Advisors, Thursday, Aug.4, 2022. 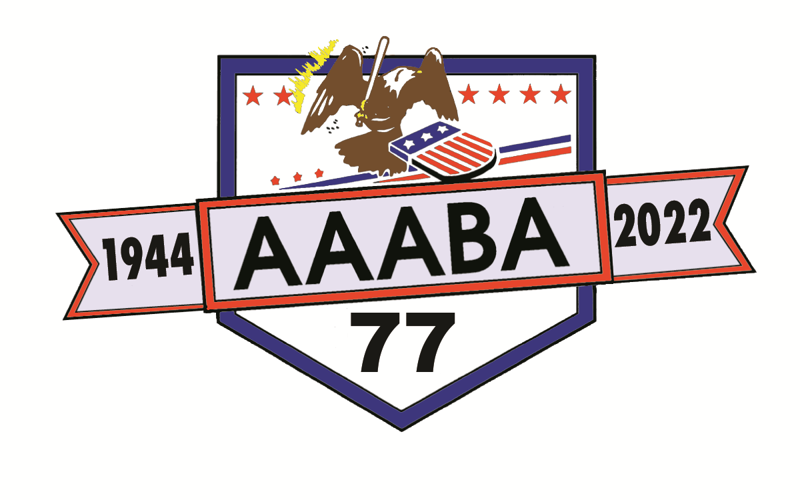 A hard falls on Sargent’s Stadium at the Point, causing the postponement of the 77th AAABA Tournament game between Cleveland and Paul Carpenter Capital Advisors, Thursday, Aug.4, 2022.

JOHNSTOWN, Pa. – Rain showers washed out Thursday’s night game in the 77th AAABA Tournament and set up a Sargent’s Stadium at the Point tripleheader on Friday.

“We had a meeting with the two teams that were supposed to play and came up with the 10, 1:30 and 7:30 schedule. All the teams and all the coaches are in complete agreement with that.

“Hopefully it’s going to work out. We’re trying our best.”

The winner of the morning quarterfinal game will advance to play in Friday’s other semifinal game against the Pool C second seed Brooklyn Cougars (3-1) at 7:30 p.m.

“There was lot of discussion on when to play,” said Paul Carpenter manager Dave Sheriff, who will miss the morning game due to his job. “With the weather coming in, it’s going to be hard (to play on Friday), too.

“We decided to take the 10 o’clock game,” Sheriff said. “If Martella’s and New Orleans would have played and we didn’t get our game in, then we’re backed up two games. It’s not optimal, but you do what you have to do.”

Paul Carpenter Capital Advisors and the Cleveland B2Bulls were waiting to warm up on Thursday, but steady rains kept the teams in their respective dugouts. Heavy showers earlier in the day delayed the afternoon game at the Point between Martella’s Pharmacy and Philadelphia for 27 minutes. Martella’s won 11-5.

Thursday’s morning game at the Point had no weather delays as New Orleans beat New Brunswick 11-6.

“We’re trying to stay even-keeled,” Cleveland B2Bulls catcher Chase King said. “It’s tough waiting all day to play and then being told at the very end it’s postponed and you’ve got to play tomorrow. But the only thing we can do is take it in stride and just approach it the same way we would in any other game and play it at 10 a.m.”

The renovated Sargent’s Stadium has new turf and upgraded lights, which make playing through wet conditions possible. But steady downpours, thunderstorms and lightning still can disrupt a schedule.

“We wanted to try to play and it kept raining,” Arcurio said. “The reports said, ‘scattered.’ It was not raining in Westmont, but it was pouring down here. In other areas, it didn’t rain. Here, it was coming down and coming down.

“It took us 31/2 hours to complete the afternoon game,” Arcurio said of a weather delay and another delay after an umpire felt ill in the heat. “By the time we would have been able to start (Thursday) after infield-outfield practice and early batting practice, the game probably wouldn’t have started until after 8 or 8:15.”

On Thursday, the Johnstown-2 representative outlasted the Philadelphia Bandits 11-5 in a contest that featured two lengthy delays and with the game lasting nearly four hours.