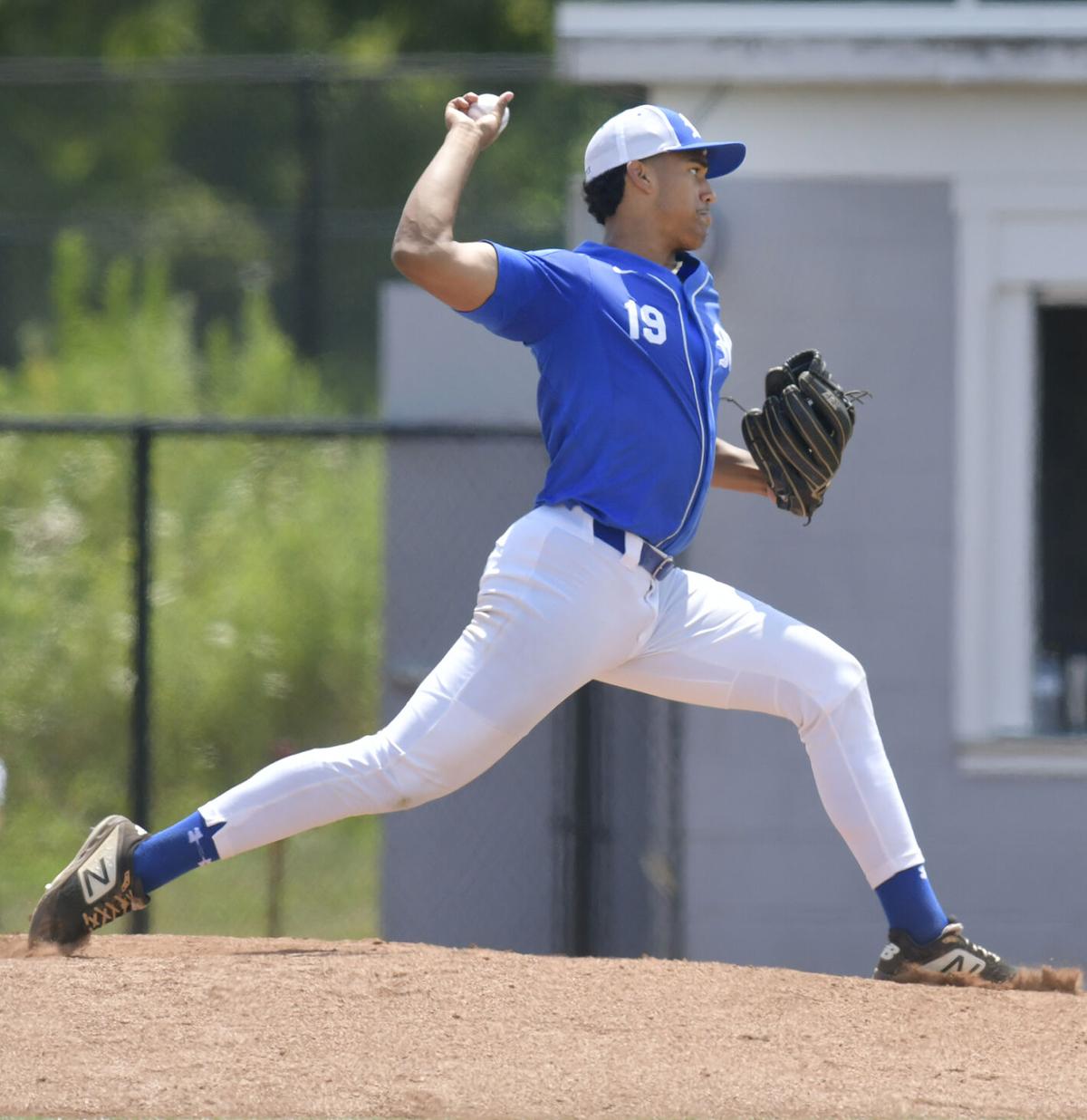 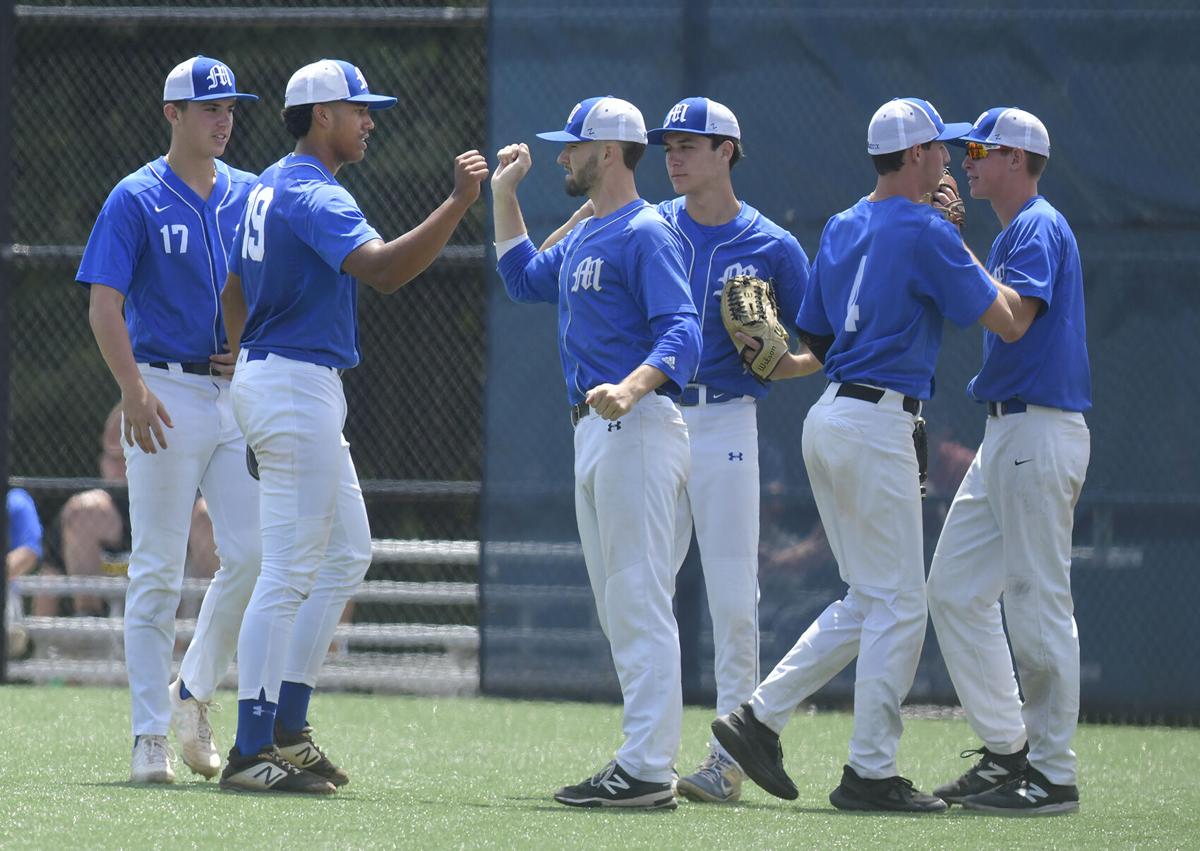 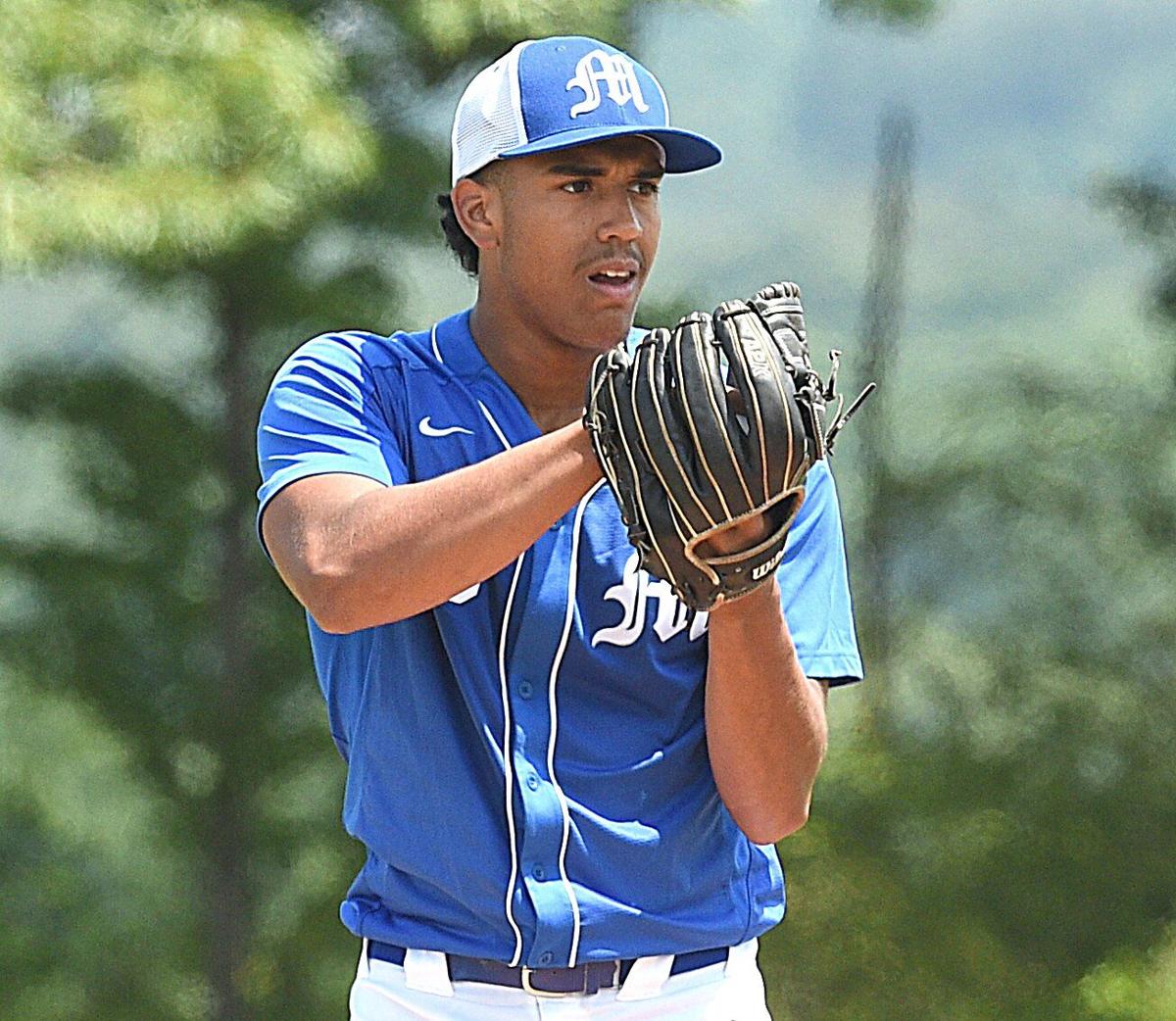 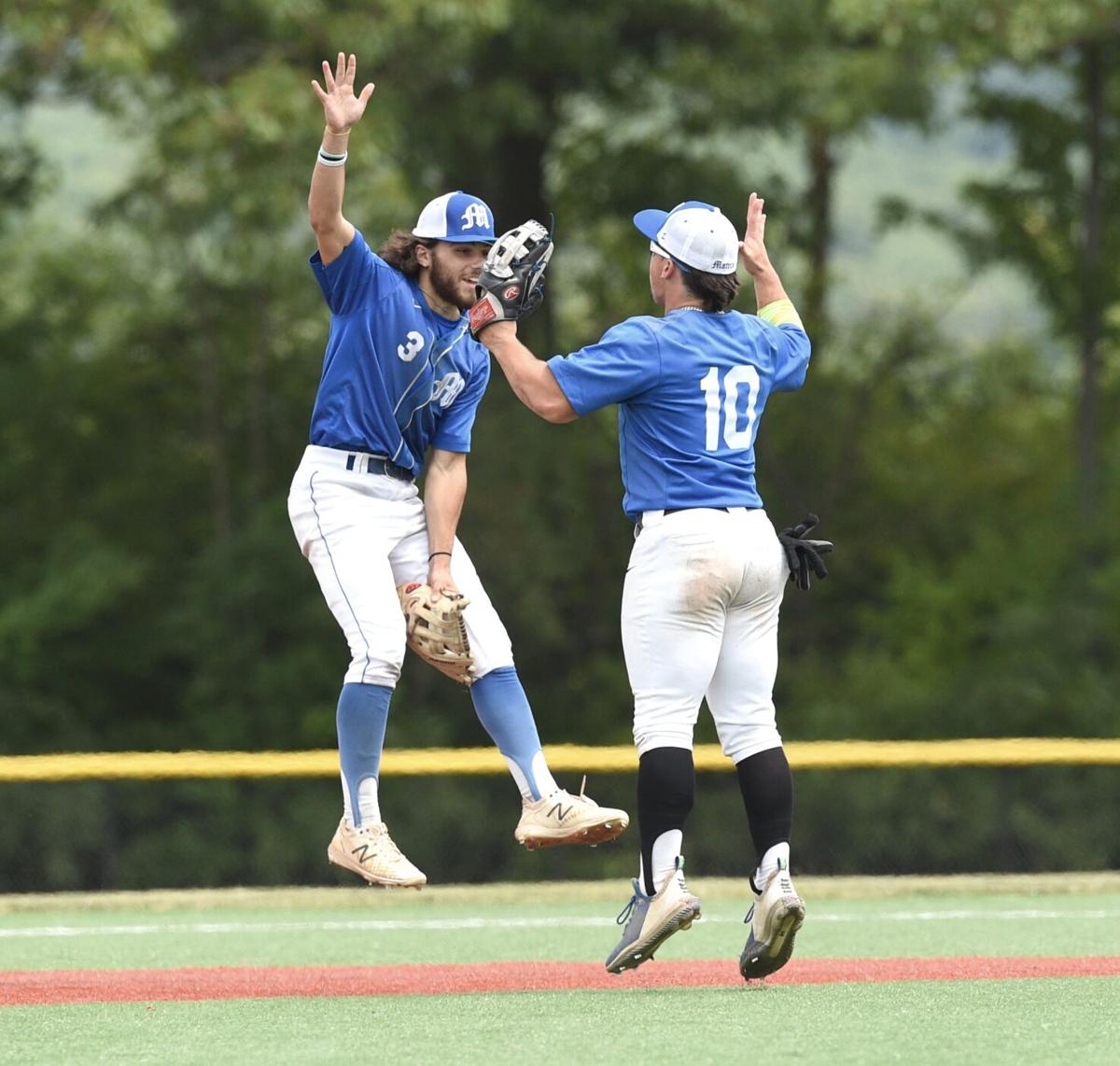 “I only play baseball because of my speed. I love to get on base and I love to make pitchers confused when I’m on base. Seeing as we have a (deep) backstop here (at Mount Aloysius College’s Calandra-Smith Field), if we had a passed ball, I was going to try to get two bases on it,” Petriello said. “Every guy on this team is high-energy. We have a lot of fun.”

Petriello’s play typified his New Brunswick Matrix’s vitality on Wednesday afternoon. The Matrix listened to Future’s “Last Breath” from the soundtrack of the boxing movie “Creed” during warmups to get hyped up, then proceeded to punch their way into the elimination stage of the AAABA Tournament by knocking out the Altoona league champion, 9-1, in a showdown of previously 1-1 Pool D teams.

New Brunswick backed Darmany Rivas’ eight innings of shutout pitching with a six-run top of the third that keyed the victory, the Matrix’s second in a row after dropping a 5-4 heartbreaker to Paul Carpenter Capital Advisors on Monday night.

“These guys knew even before the night game that this was a chess match, it wasn’t a checkers game,” New Brunswick manager Glenn Fredricks said. “Win, lose or draw Monday night, we still had the rest of the tournament to play. To come out and do what we did (Tuesday) and today, correcting some mistakes we made offensively on Monday night, gets us a shot to play in the playoffs. You can’t ask for more than that.”

New Brunswick had as many hits in the third inning – six – as Altoona had all game, sending 11 batters to the plate. Justin Scotto and Gianni Marano opened the frame with singles before Steve Yelin’s double to left broke the scoreless tie and opened the floodgates.

Marano went 3-for-5, while Petriello was 2-for-5 with two RBIs. Frankie Sanchez and Andrew Schmid also collected two hits apiece for New Brunswick.

“I think we’re playing really well. Even in the first game that we lost, we played really well. We just had a couple of hiccups that made us lose the game,” Petriello said. “We’re all gelling as a team. We’re all hitting the ball. Defense is spectacular.”

Fittingly, the contest ended on New Brunswick’s third double play of the game. Yelin also threw out Jake Hillard trying to advance on a pitch in the dirt after a leadoff double in the first, setting the tone.

“I think there was a little bit of a hangover. You can’t take anything away from their pitcher; he threw a great game,” Altoona manager Chris Sanders said. “It’s tough, tough to swallow.”

Six of Rivas’ seven strikeouts came from the fourth inning on, when he only allowed two hits.

“The defense was amazing. I felt better as the game was going. My fastball had more behind it,” Rivas said. “I just did what I had to do.”

The same could be said for all of the Matrix.

“We knew we had to win (to advance),” Marano said. “We knew we needed to win the next two games, even if we won that game with Johns- town. We were ready.”

New Brunswick sent 11 batters to the plate and erupted for eight runs in the top of the sixth inning to open up a 9-0 lead, and the Matrix held off a late comeback attempt by Buffalo All In Sports to come away with an 11-7 victory.