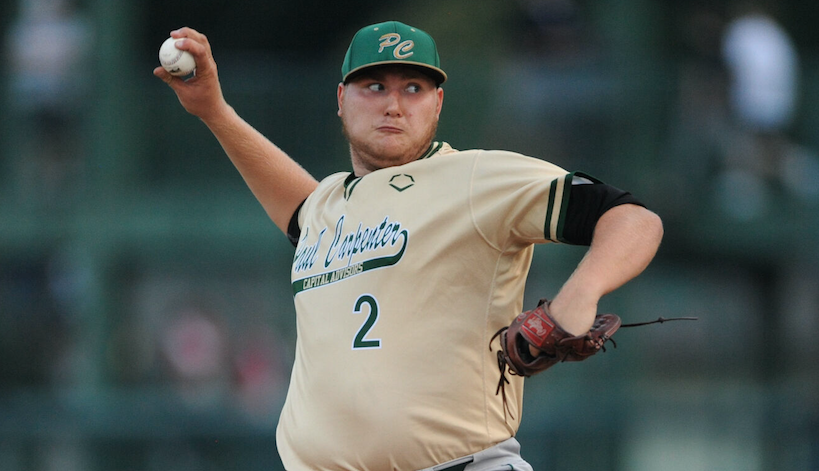 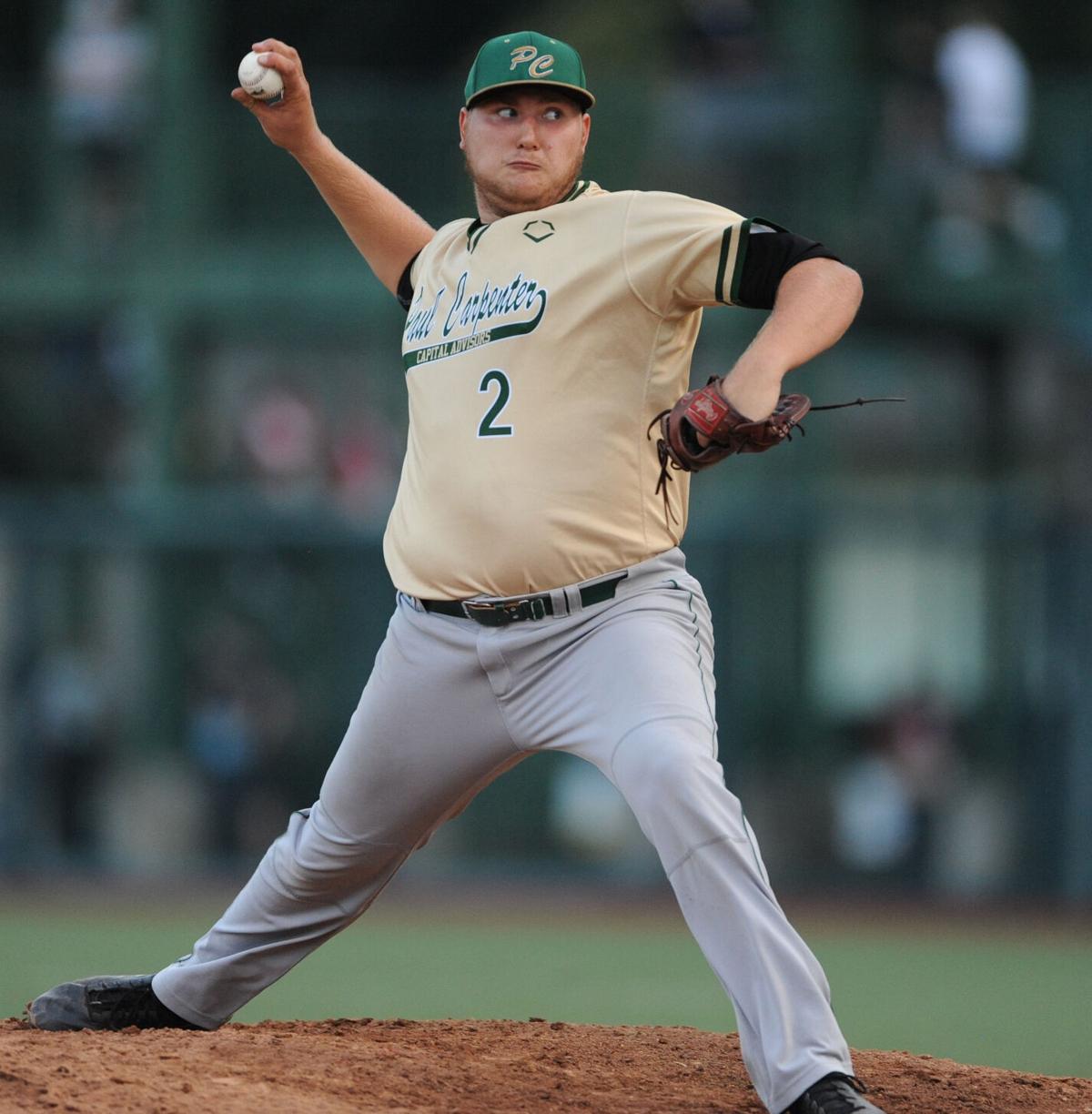 The 6-foot-4, 235-pound right-hander didn’t have time to ponder his early perfection in Paul Carpenter Capital Advisors quarterfinal game against the North Carolina Disco Turkeys in the 76th AAABA Tournament.

“Not really, not right away,” Visnesky replied when asked if he thought about a perfect game after retiring the first 11 batters he faced. “You just kind of keep doing what I’m doing. Throwing strikes, getting ahead and making sure my offspeed is working.”

Visnesky pitched seven innings, allowing five hits and one run while striking out three and walking one. The Gannon University product threw 93 pitches, 65 for strikes. He had first-pitch strikes to 17 of 26 batters he faced. Reliever Michael Klingensmith worked the final two innings.

“Even in my college season, I really look for Strike 1. It’s very important. I just keep preaching that. You see the outcome.”

The Johnstown Collegiate Baseball League champion will take a 4-0 record into its semifinal against the New Brunswick Matrix (3-1) at 7 p.m. in Friday’s semifinal – a rematch of Monday night’s contest Paul Carpenter won 5-4 in walk-off fashion.

The other semifinal will pair two undefeated powers, defending champion New Orleans Boosters (4-0) and Philadelphia Bandits (4-0) at noon. Both games are at the Point.

“He went out there and he shoved it,” Paul Carpenter manager Dave Sheriff said of Visnesky. “He threw strikes. He did what we needed him to do in a quarterfinal game.”

Actually, each starting pitcher rolled through the early innings. Disco Turkeys left-hander Hayden Setzer kept the Johnstown team off the board through four innings and finished with eight strikeouts in six innings.

At the plate, Setzer broke up Visnesky’s perfect game with a two-out single to right in the fourth inning.

In the top of the fifth, Paul Carpenter broke through with four runs on four hits, including a successful safety squeeze bunt by Billy Perroz that ignited the rally.

Connor Bannias opened the inning with a double to left.

With one out, Jordan Sabol walked and a wild pitch moved Bannias to third.

Perroz placed a bunt just in front of the mound that Setzer fielded and threw wildly just as the Paul Carpenter runner neared first base. Bannias already had scored prior to the error.

Joe Olsavsky, Brandon Lane and Jayden Taitano each singled to make it 4-0.

The Disco Turkeys got a run back in the bottom of the fifth as Dino Tharp walked and scored after singles by Zane Beaver and Deion Tubbs.

Paul Carpenter broke open the game with a five-run seventh despite not collecting a hit.

The Disco Turkeys made three errors and walked five.

The troubles continued into the eighth for Carolina as Johns- town opened with singles by Olsavsky and Lane, with a pair of walks to Sammy Contacos and Bannias driving in the 10th run with two outs. PCCA added a pair in the ninth.

Despite the one-sided setback, Disco Turkeys manager Kirk Cabana said his team had a memorable experience while going 2-2.

“This was just a fun environment to be in,” Cabana said.

“We’re just so proud that we got a chance to earn the opportunity to play the night game against the host city. Now we know what we need to do to close the gap. We’re looking forward to coming back next year.”

The Disco Turkeys created a buzz and built a reputation for having fun with the crowds as well as their opponents.

Even before the game, the two teams had a stand-off after the anthem, with a group from each side refusing to leave their respective spots along the foul lines. The umpires finally told them they had to return to the dugouts as the players cheered at each other.

“The Disco Turkeys are one of the funnest teams that we played against,” Sheriff said.

“(Wednesday) night, they were above our dugout joking around because they knew they were playing us (the next night). The atmosphere when they came here was just phenomenal. They were friendly.

“We had fun. That’s what the tournament should be about, teams coming into the city, being rewarded, playing the night game in front of the crowd and being respectful.”

Even after the game, players from both teams mingled with young fans throwing baseballs and running on the turf. Cabana, who wears a sparkling disco-style jacket in the third-base coaching box at times, smiled as fans danced to Saturday Night Fever-era music.

“These guys made the Disco Turkeys. This team is nothing without them,” he said. “I’m nothing without them as well. I’m grateful for the opportunity to be the first leader that they have. We’re real excited about what we get to do as a program to bring it back to Johnstown and show them that we’re an even better baseball team next year.”

Paul Carpenter sent 11 players to the plate and used a six-run sixth inning to reestablish the lead, then held off Buffalo All In One 10-6 in front of 1,503 fans.