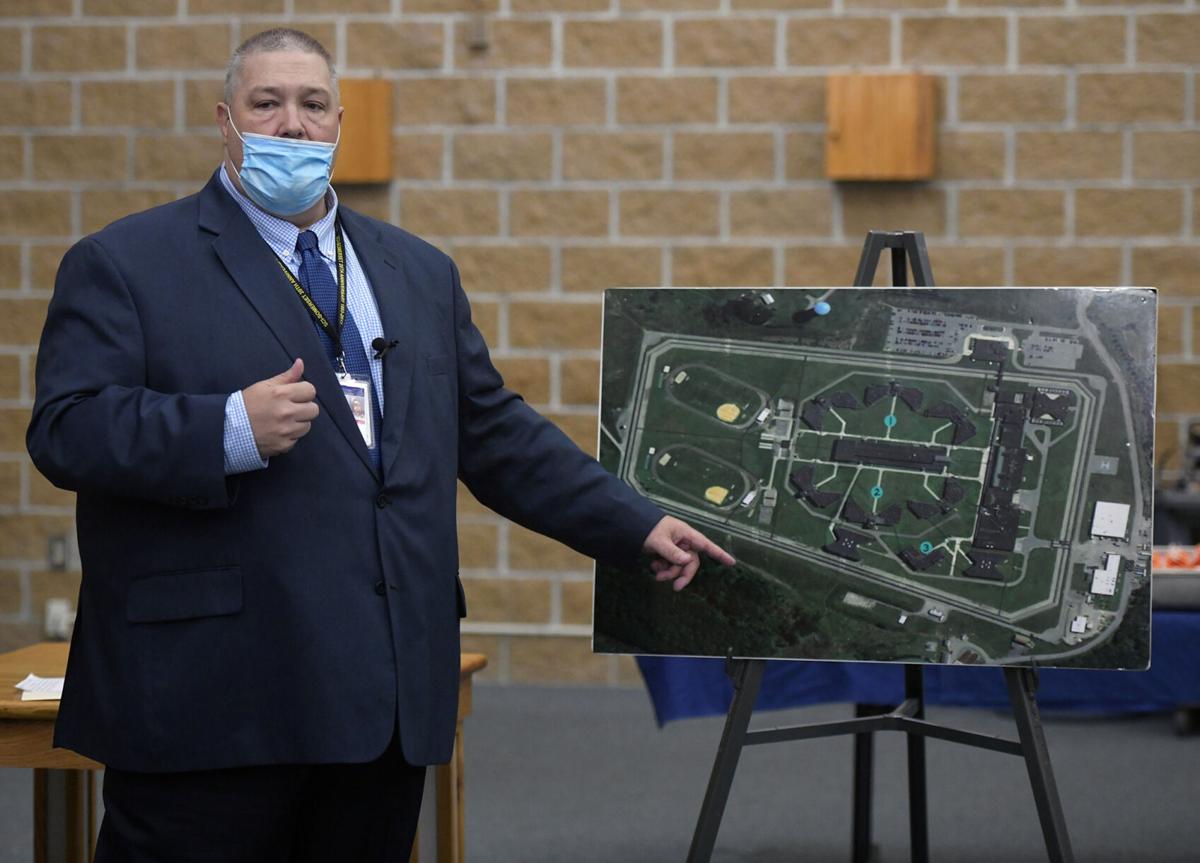 SCI Somerset Superintendent Eric Tice shows a map of the new normal three zones concept being done since the COVID-19 pandemic during a press tour on Wednesday, June 2, 2021. 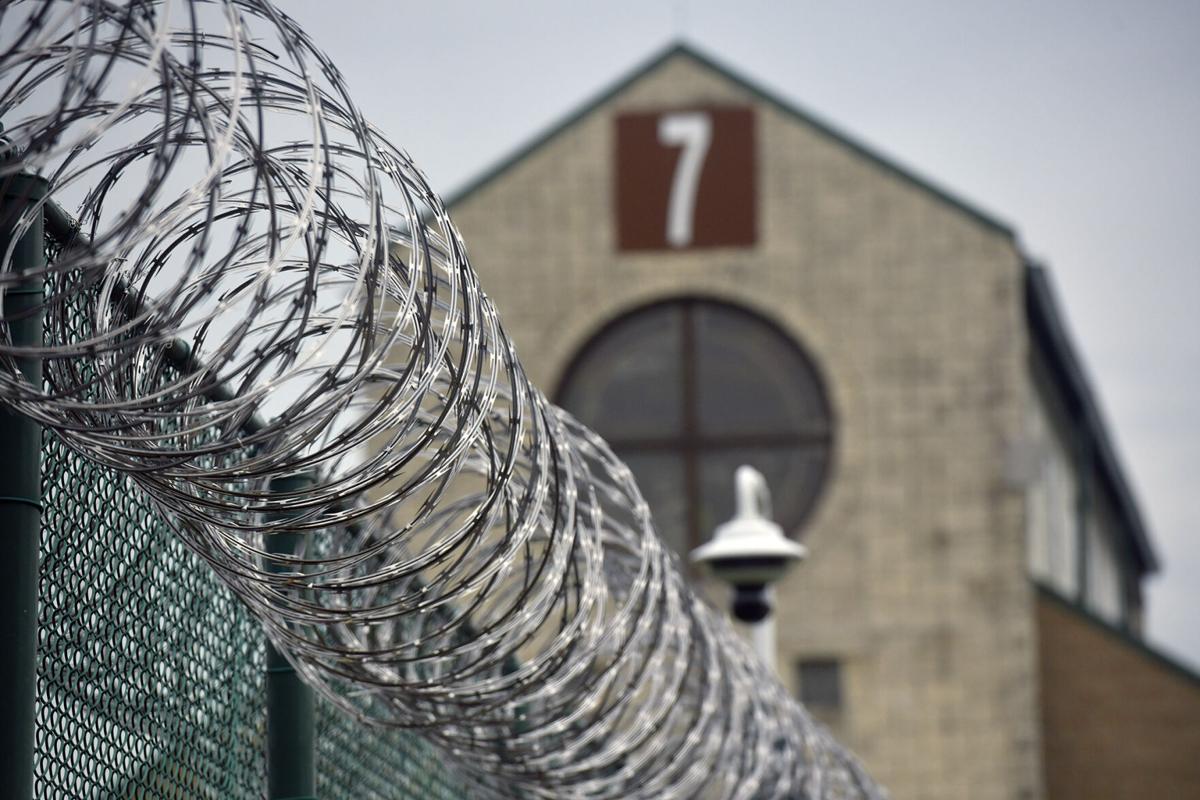 SCI Somerset Superintendent Eric Tice shows a map of the new normal three zones concept being done since the COVID-19 pandemic during a press tour on Wednesday, June 2, 2021.

SOMERSET – Inmates inside Somerset County's two state prisons are outpacing the region in getting vaccinated – now at more than 70%.

But nearly six months after the vaccines first became available inside their walls, the staff responsible for those inmates have been vaccinated at just a fraction of that rate – 24.8% at SCI-Somerset and 31.4% at Laurel Highlands, according to Department of Corrections COVID-19 data.

While prison officials can't force anyone to get the vaccine, SCI-Somerset Superintendent Eric Tice said those numbers are reminder that prisons like his can't ease up their ongoing efforts to educate hesitant staff.

But many who work in the system, including Tice and the union president who represents Pennsylvania's state corrections officers, are also skeptical about the dashboard data, saying the state likely is only counting a segment of the men and women in their field who have been vaccinated.

The Department of Corrections' rate statewide is even lower, at 21%.

Approximately 10% of SCI-Fayette's workforce is listed as vaccinated, while Albion in northwestern Pennsylvania is at 8%.

Tice and Major of Guards Jeff Shaffer said they both believe the statewide rates are misleading.

Only staff who are vaccinated in-house are counted by the department, said Shaffer, who oversees the prison's more than 400 uniformed staff, including corrections officers, their 52 sergeants, captains and food-service workers.

He said it's likely there's a greater percentage getting vaccinated with their families outside the prison, through clinics or other sources closer to home – perhaps choosing another vaccine.

The prison administers the one-dose Johnson & Johnson vaccine, which was halted for several weeks earlier this year by the state after rare clotting issues were reported.

Tice said he has faith in the vaccine, which has since been put back in use.

But despite ongoing efforts to educate the public that the J&J shots are safe, Tice said he recognizes people are hearing "polarized" messages about the drug and vaccines in general – "on their TVs just like everyone else in society."

"I'm a firm believer in personal choice," he said. "It's their decision to make. It's on us to continue educating them and offering them the opportunity to get vaccinated."

State Association of Corrections Officers President John Eckenrode is president of a union that represents state prison officers across Pennsylvania.

He said the state's dashboard figures would have been higher if the Department of Health listened to prison officials' calls in December to include prison staff under the top "1a" priority list.

Instead, they fell behind smokers and individuals with other health issues – despite the virus shutting down prison wings across the state and forcing officers off duty, he said.

Health Department officials have defended the move, saying they focused the available vaccines to core groups most at risk of developing the most serious complications from the virus – and that included the obese and longtime smokers.

Still, Eckenrode said he suspects many corrections officers didn't wait for their turn to become a "priority group." Eckenrode said he went to the Kovalchik Center in Indiana County for his vaccine rather than waiting for the right chance and the right drug.

"Whatever the dashboard figures say, I think there should be an asterisk next to those percentages," he said.

Tice was vaccinated earlier this year.

A videographer joined him, recording the moment to share with inmates and staff in an effort to ease concerns, he said.

Ongoing "fireside chats" involve conversations between the SCI-Somerset superintendent and inmates, enabling them to discuss concerns about the virus.

To Tice, that's part of his belief in "over-communicating" his message about the virus, the vaccine and the difference they can make.

The core of it: Reminding staff and inmates vaccines are available when they are ready, he said.

The state has also offered paid time off as another incentive.

"We're the variable," he said. "We're the ones bringing this virus into the prison and we're the ones who can take it home ... without even knowing it."

Eckenrode said at the end of the day it's a personal decision to make.

But he said he tries to make sure his members recognize they have options – and reminds them that they fought hard to get through the worst of the pandemic and to get Harrisburg decision-makers to hurry the vaccines to their facilities.

They sent letters to lawmakers – "and made our voices heard" to get the vaccines, he said.

"We lost six members this year," he said. "This has been a long, hard year for us.

"My personal opinion is that for all we've been through ... all we can ask is that they consider it."