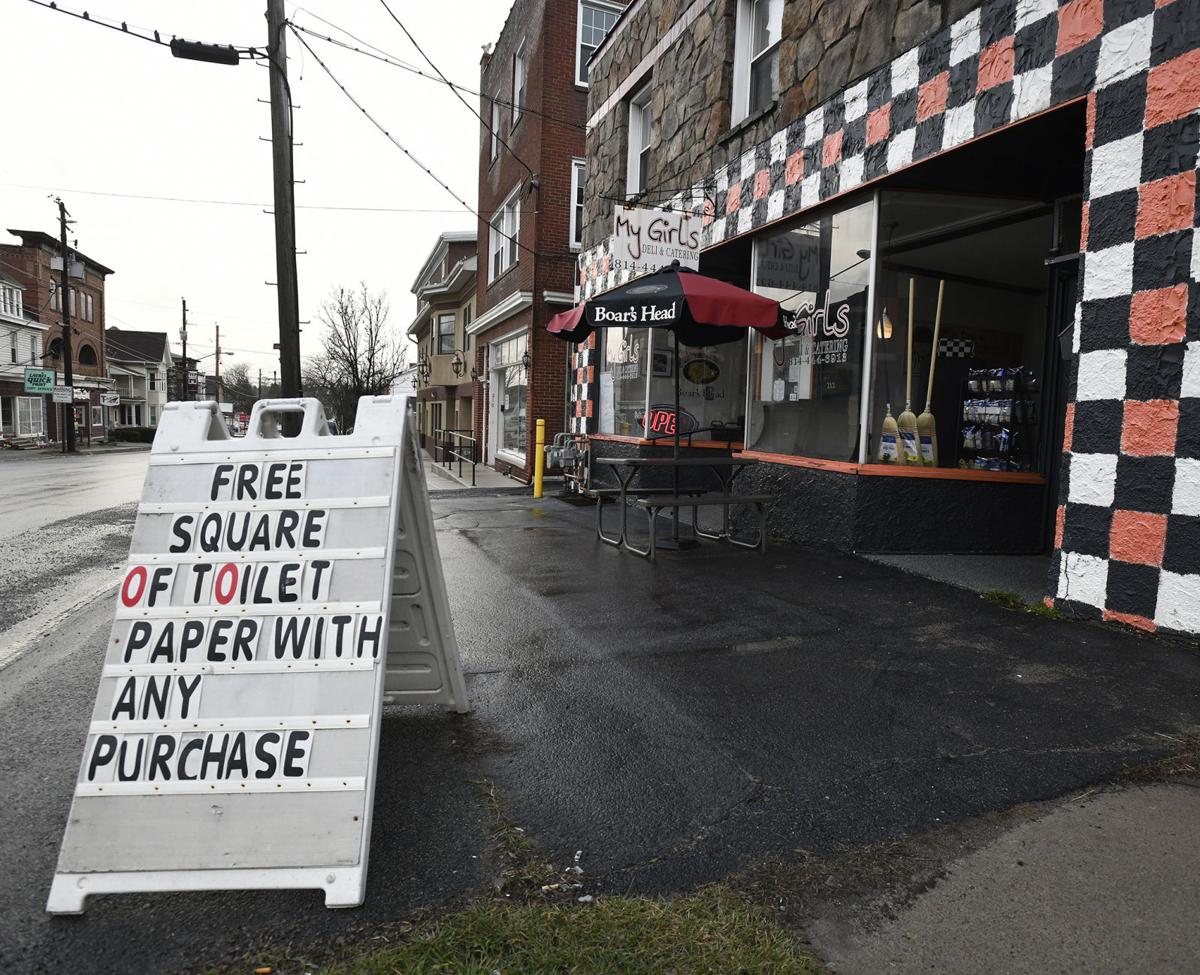 My Girls Deli & Catering, 212 W. Main street in Somerset is promoting a free square of toilet paper with any purchase on Thursday, March 19, 2020. 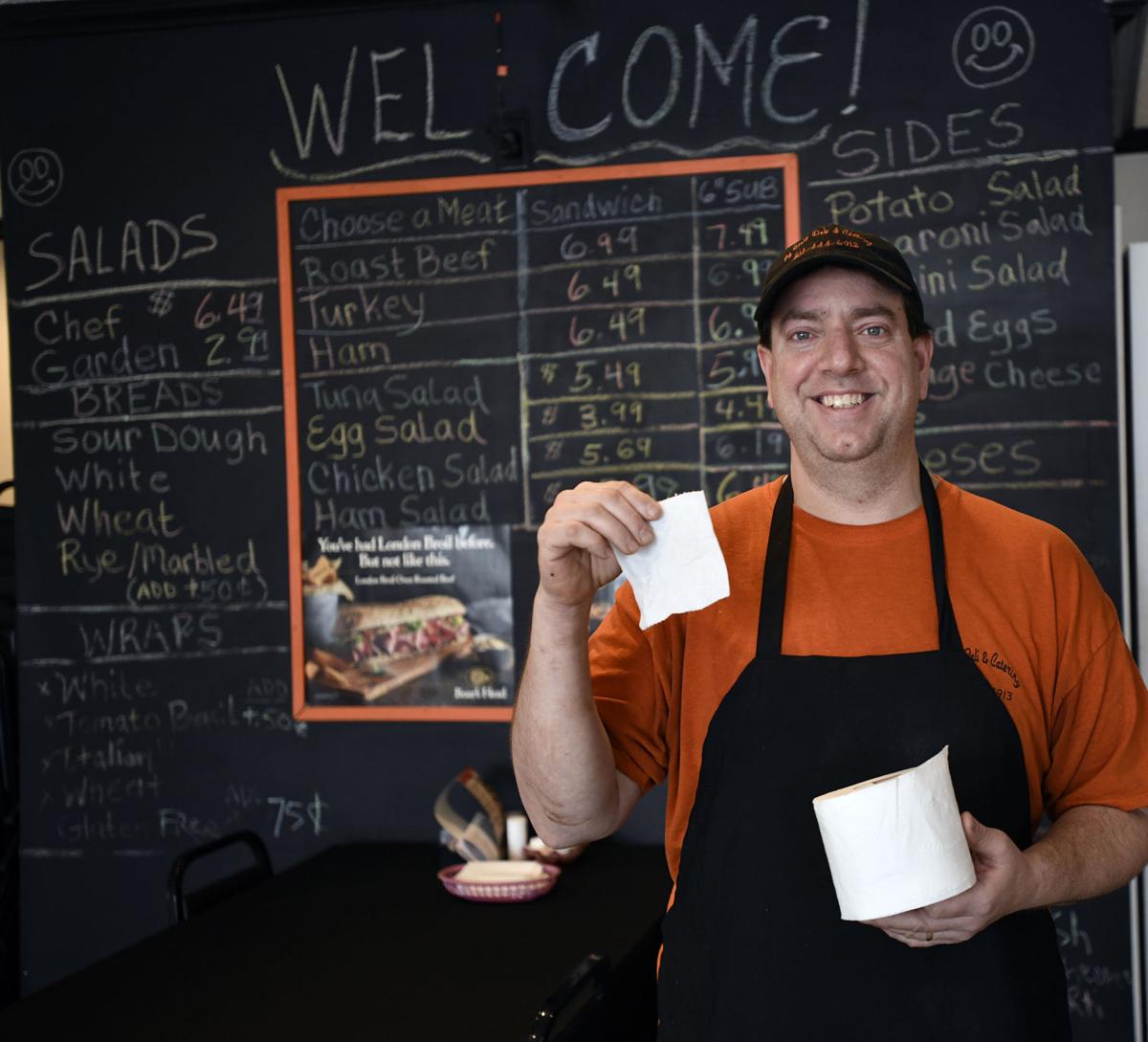 My Girls Deli & Catering, 212 W. Main street in Somerset is promoting a free square of toilet paper with any purchase on Thursday, March 19, 2020.

SOMERSET, Pa. – Chad Reichhold said he was shocked when he logged onto Ebay last week and saw people trying to make a profit off the COVID-19 pandemic.

Many posts showed sellers pitching rolls of toilet paper for several dollars a piece – even $1.99 a square, he said.

"It's stressful right now," Reichbold said. "A lot of people are scared to come out ... and with people out of work, a lot of people in the community are hurting."

Earlier this week, the owner of My Girls Deli & Catering decided to "lighten the mood." Instead of writing his daily special on his sidewalk menu board, he posted the message: "Free square of toilet paper with any purchase."

Reichhold said he hopes the "promotion" will bring a few smiles – and perhaps a few take-out customers during difficult times.

His West Main Street deli is one of a growing number of businesses across the Cambria-Somerset region that have been collecting donations – such as milk, veggies and snacks – and handing out free bagged lunches to families in need.

"This is impacting everyone right now," he said, estimating that his restaurant has lost thousands of dollars in business in recent weeks while demand-driven prices for goods such as homemade bread continue to rise. "But we have to look out for each other."

Reichhold smiled when he said he's standing by his toilet paper pledge.

After one customer ordered a deli sandwich Thursday, Reichhold picked up a bright white roll from behind his counter to tear off a square.

"I don't know how long this pandemic is going to last," Reichhold said. "But if we're all working together, we'll get through it alright."