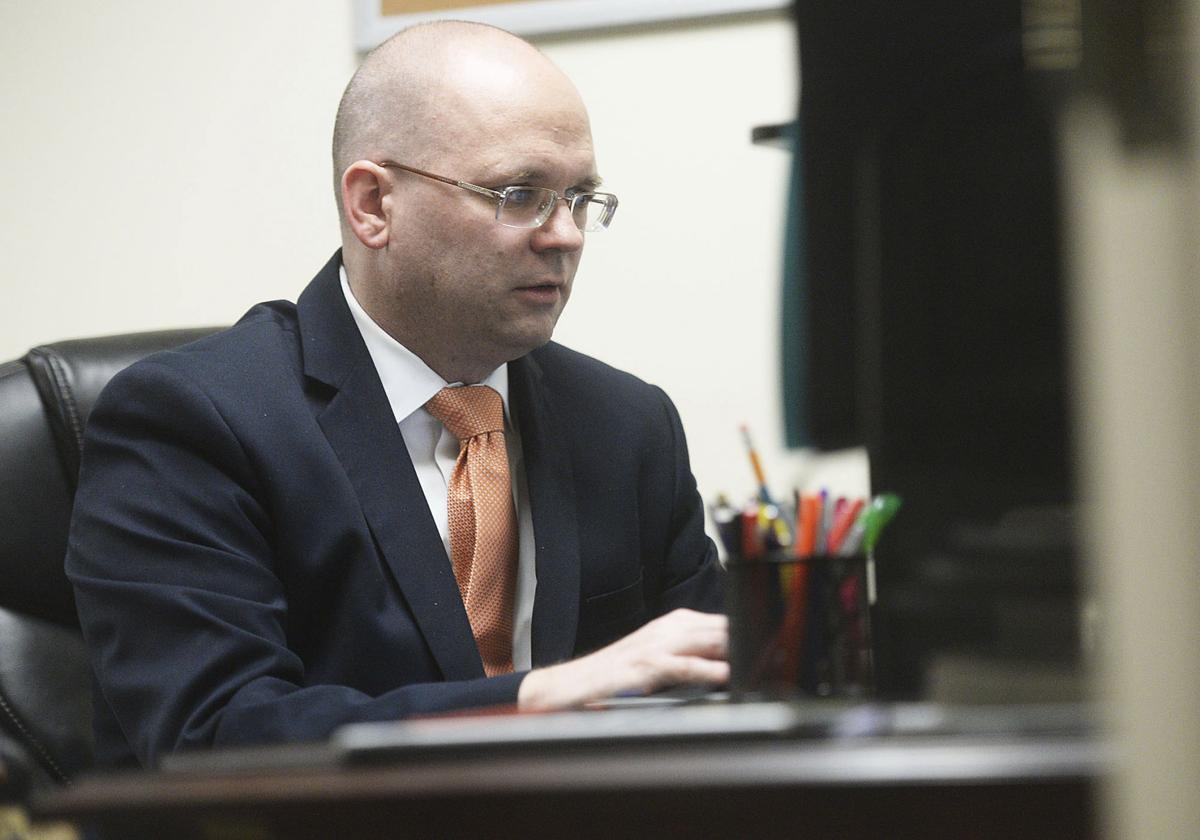 In this undated photo, Vice President & Chief Operating Officer Nathan Benefield works at his desk at the Commonwealth Foundation in Harrisburg, Pa. 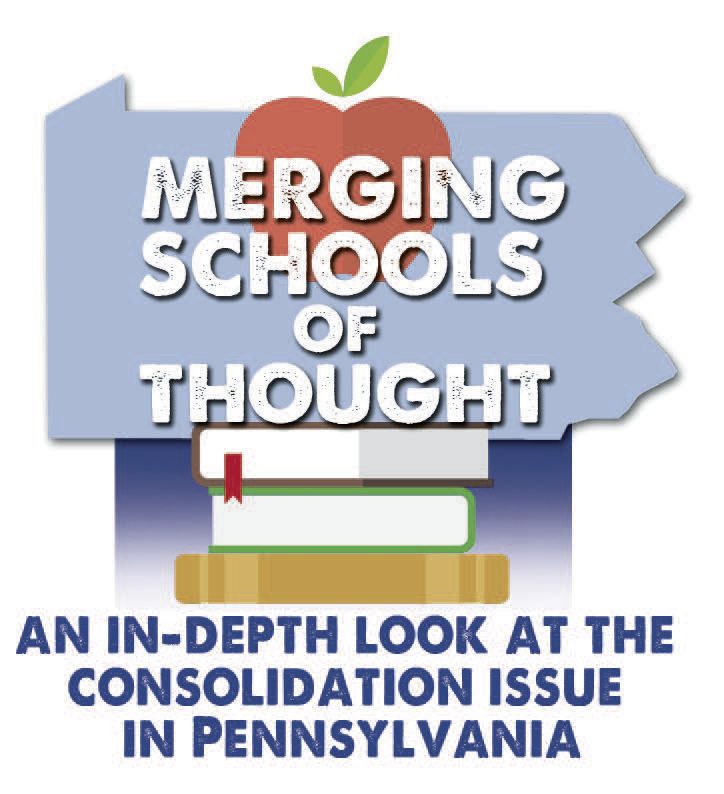 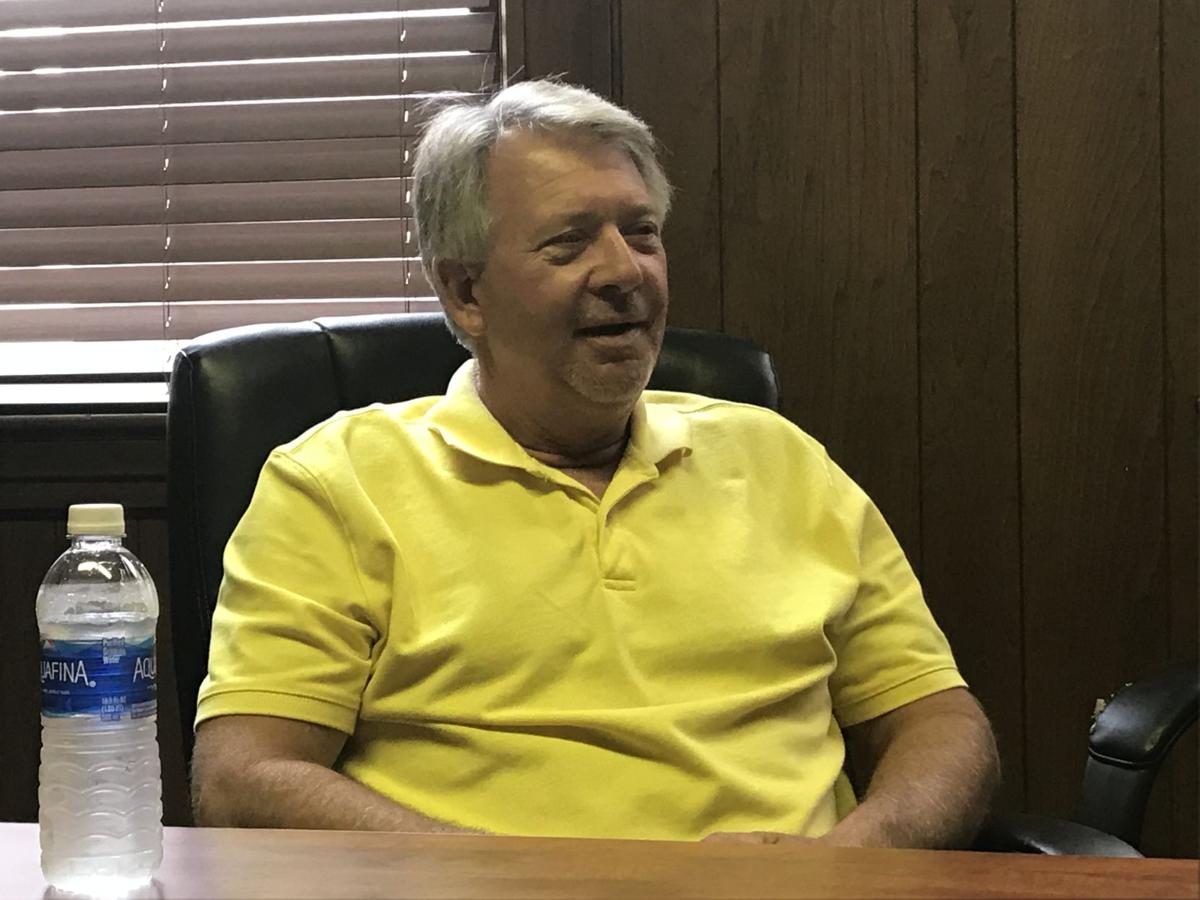 Former state Sen. John Wozniak discusses school consolidation and related issues during a meeting with The Tribune-Democrat in Johnstown on Aug. 2, 2018. 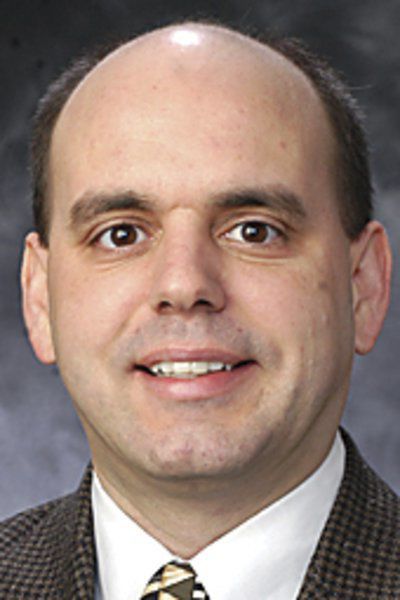 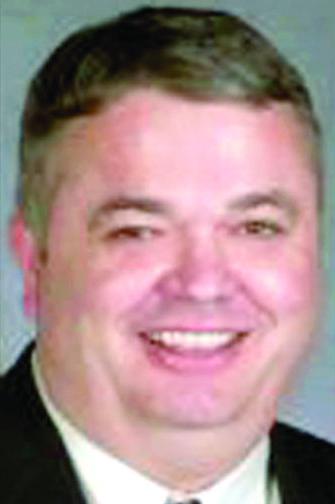 In this undated photo, Vice President & Chief Operating Officer Nathan Benefield works at his desk at the Commonwealth Foundation in Harrisburg, Pa.

Former state Sen. John Wozniak discusses school consolidation and related issues during a meeting with The Tribune-Democrat in Johnstown on Aug. 2, 2018.

HARRISBURG – With efforts to force school districts to consolidate dead in the water, lawmakers and school leaders are turning to other avenues to achieve the same results without having to overcome public resistance.

The last push for compulsory mergers of school districts appears to have been in 2015. That year, then-state Rep. Tim Mahoney, D-Fayette County, authored legislation that would have called for replacing the existing patchwork quilt of 500 school districts with a system that created county-level school boards.

At the time, he pointed to a 2011 analysis that found that if Fayette County had moved from six school districts to one county-wide school district it would save $20 million a year. About $11 million of those savings were tied to lower personnel and administrative costs. The remaining savings was linked to functions such as lower transportation and food service costs, as well as the potential for closing school buildings.

Mahoney’s legislation attracted little support and it never moved out of the House education committee. He then lost his bid for re-election in 2016.

The episode is typical of the way school merger bills have played out over the years, said Nathan Benefield, vice president for the Commonwealth Foundation, a conservative think tank in Harrisburg. Lawmakers roll out a merger plan, it gets no traction and then the issue cools off for a few years before someone else brings it up again.

His group has been somewhat ambivalent about the issue. When then-Gov. Ed Rendell proposed slashing the number of districts from 500 to 100, the Commonwealth Foundation dismissed the ideas as “a red herring.”

Arbitrarily slashing the number of districts wouldn’t make sense if the merged districts are too big, he said.

Other research has suggested that the optimal size for cost-savings is around 3,000 but at 100 districts statewide, there would be almost 16,000 students per district, not counting students enrolled in charter schools.

"If you just do some simple math: The average superintendent is out there making $200,000 a year plus benefits – or $150,000, $175,000 with benefits. Times 500 (districts), that's real money. Plus an assistant or two to each one. Plus a business agent,” he said. “When banks merge, you lose a CEO and you keep one CEO. The teller remains the same. But the people with the little hats in the back who do the accounting stuff, they lose their jobs because you put them together. Then you let attrition take care of this; it's a 10-year process. But just by simple math you're eliminating all of those positions."

Rather than move on Mahoney’s bill, the General Assembly in 2015 passed a resolution asking the Joint State Government Commission to come up with recommendations for how school districts can better work together, absent mergers.

That review stopped short of calling on the state to force mergers, saying that any consolidations should remain voluntary. The review did suggest that the state could provide incentives to encourage mergers.

Wozniak said it’s time for the state to move past information-gathering studies and either take action or stop pretending to explore the issue. Wozniak proposed a statewide task force be formed to produce a once-and-for-all recommendation.

"Let's either move forward with this or put it to bed. One or the other,” he said. “Instead of like, 'This should happen ...' Shoulda, coulda, woulda. Let's put some professional people on it, who truly understand – people who are for it, people who are against, people who are ambivalent – so that we have a good, objective viewpoint.”

If that group says consolidation make sense then state leaders should make “the difficult political decision” to follow through. If not, it’s probably time to move on to something else, he said.

Other options — such as expanding and improving school choice programs, sharing resources between districts and even hiring part-time professionals to teach courses — offer a chance at savings and might have a more realistic chance of implementation.

"Very few school districts will merge on their own," Roae said. "Mergers are possible, but only if we pass a law mandating it. Keeping the 500 school districts but linking state funding to sharing duplicative administrative positions and teachers to a more efficient model could achieve significant savings.

Roae is a supporter of school choice – allowing families to send their children to schools of their choosing – rather than consolidation as a means of reducing school costs.

"Legislators and the governor are basically throwing money at the problem of school budgets," he said.

Roae added: "We could freeze school spending at current levels and allow each student to use their share of money at the school their parents decide is best. Many church based schools with superior academic performance only spend $5,000 per student, the national average for public schools is $12,000 per student but the average public school in Pa. spends $16,000 per student. Choice would also force all schools to improve quality or risk losing students. It would be an academic win and a financial win."

The Joint State Government Commission said the state should look to ease any restrictions that prevent school districts from sharing services and explore how the state’s network of 29 intermediate units can be used to help school districts reduce costs by working together.

It’s not clear how many districts have similar service-sharing arrangements.

One area that has been only the subject of a brief experiment is the idea of having a single superintendent.

State Sen. Andrew Dinniman, D-Chester County, said that he plans to introduce legislation in the 2018-19 legislative session that would provide work-arounds to provide most of the gains associated with school mergers.

He pointed to the system of intermediate units as a possible means of providing services to multiple districts.

“You don’t need to create a new structure,” he said. “I don’t think anyone has a commitment to oppose” merging administrative services they way they seem to oppose fully merging school districts. Seeking to share services would also avoid hang-ups over things like varying tax rates, he said.

A separate piece of legislation would seek to encourage school districts to more fully embrace the opportunity to use the Internet to share classroom programs. This would alleviate the disparity in the number of classes available between larger, wealthier districts and their smaller, poor neighbors, he said.

Dinniman said he’d planned to introduce the legislation this summer but didn’t when he realized there are not likely enough session days for the General Assembly to act on them this year.

John Finnerty is based in Harrisburg and covers state government and politics. Follow him on Twitter @CNHIPA. The (Johnstown) Tribune-Democrat and Meadville Tribune contributed to this report.

MERGING SCHOOLS | Small schools most likely to consolidate, but some like being small

Enrollment-wise, the Union Area School District is the smallest in Lawrence County, with total kindergarten through grade 12 enrollment predicted to be 758 by 2020.