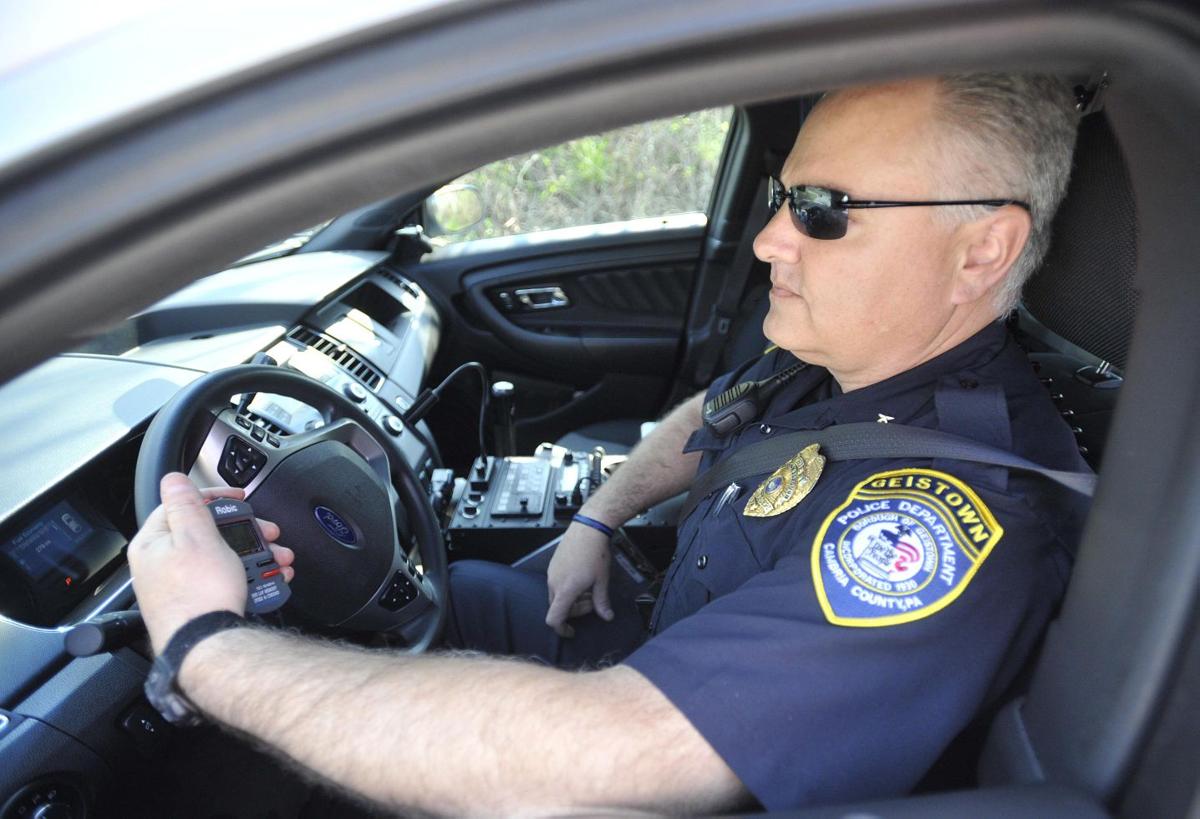 Geistown Chief of police Nick Zakucia uses an Acutrak reader to time drivers through two points along Bedford Street in the borough on Wednesday, May 6, 2015. 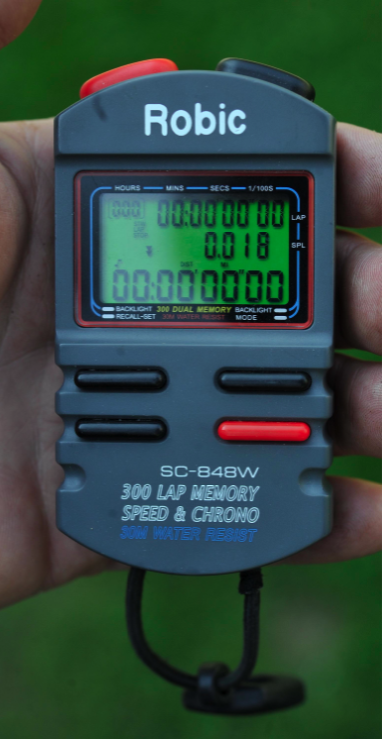 Tight shot of the Robic brand Acutrak reader as used by Geistown Borough near Johnstown, Pennsylvania.

Geistown Chief of police Nick Zakucia uses an Acutrak reader to time drivers through two points along Bedford Street in the borough on Wednesday, May 6, 2015.

Tight shot of the Robic brand Acutrak reader as used by Geistown Borough near Johnstown, Pennsylvania.

JOHNSTOWN — In Pennsylvania, state police have been using radar since 1962. Municipal police departments say they want it, too.

Police in Cambria County pushed back the notion they only want radar to make money.

“It’s no more of a money maker that any other speed timing device that we have,” he said.

Municipalities only receive half of the fine money anyway, Dunkleberger said.

Most of the added costs and fees go to the state. For example, a driver who runs a red light or stop sign can expect a $25 fine and an additional $38.50 in costs.

Some one caught speeding might catch a break and be cited for obedience to traffic control devices which carries no points on the driver’s license.

While the driver must pony up at least $170, most of the money goes into state coffers. The Pennsylvania Transportation Trust Fund alone would receive $125. Other state agencies would divide $32.50, leaving just $12.50 for the municipality.

“It’s about reducing accidents and saving lives,” he said.

Municipal police departments use speed timing devices such as VASCAR (Visual Average Speed Computer and Recorder) and Accutrak. Other equipment such as ENRADD (Electronic Non-Radar Device) is more costly.

“Some of those devices are extremely expensive,” Zakucia said.

Geistown police use Accutrak, which is one of the least expensive devices, he said. The stopwatch-like system with computer is manually operated and costs less than $100.

Police paint two white lines on the road. The officer records the moment a vehicle passes each line and the vehicle’s speed is calculated mathematically.

Bruce Carpenter, a speed-timing technician, said it is extremely accurate.

“Most watches are within less than a second of being dead-on,” he said.

Adams Township police use VASCAR and ENRADD, which detects speed of a vehicle by using two small bars that are placed on each side of the roadway with a beam of light connecting them. As a vehicle passes through the beam, the device automatically calculates the speed.

“If you get a call, you have to tear it down and come back and set it up again,” Adams police Chief Kirk Moss said.

ENRADD units have been targeted by thieves, he said. “If you’re chasing a speeder and come back and the unit’s gone you’re out 1,500 bucks,” Moss said.

“You could hide along the side of the road and instantly get the speed,” Zakucia said. “Park, point and click.”

“It would enable us to run speed in a lot more areas,” he said. “It’s nothing that’s going to make a municipality rich.”

On The Radar: Pennsylvania local police use creative methods to catch speeders

Local police in Pennsylvania aren't allowed to use radar to detect speed, and Pennsylvania is the only state with that restriction.

On The Radar: Somerset Borough police say they're 'limited with VASCAR'

Law enforcement officials say VASCAR and ENRADD are effective - but are more burdensome than radar units state police are allowed to use in Pennsylvania.

On The Radar: Editorial — Time for Pennsylvania local police to join the radar club

The summer travel season will mean millions of people crisscrossing the Northeast, many ente…

On The Radar: Lots of bills, little traction

Here's a look at recent bills introduced in Pennsylvania that would have extended the use of radar to municipal police departments:

On The Radar: Ohio police on Pennsylvania law: 'Why limit their authority to do their job?'

Modern radar devices are indispensable to speed limit enforcement and have strong potential to lead to unrelated criminal arrests, said Ohio state and local law enforcement officials who recently spoke to The Star-Beacon.

On The Radar: Bills would end Pennsylvania's ban for local police

A long-standing ban on local radar enforcement could soon be in as much trouble as a speedster blowing past a police cruiser on the highway.

While Pennsylvania is the only state in the United States that prohibits municipal police from using radar, the West Virginia Governor’s Highway Safety Program provides funding for municipal police to help combat speeding.

Muicipal police may finally get their hands on radar guns