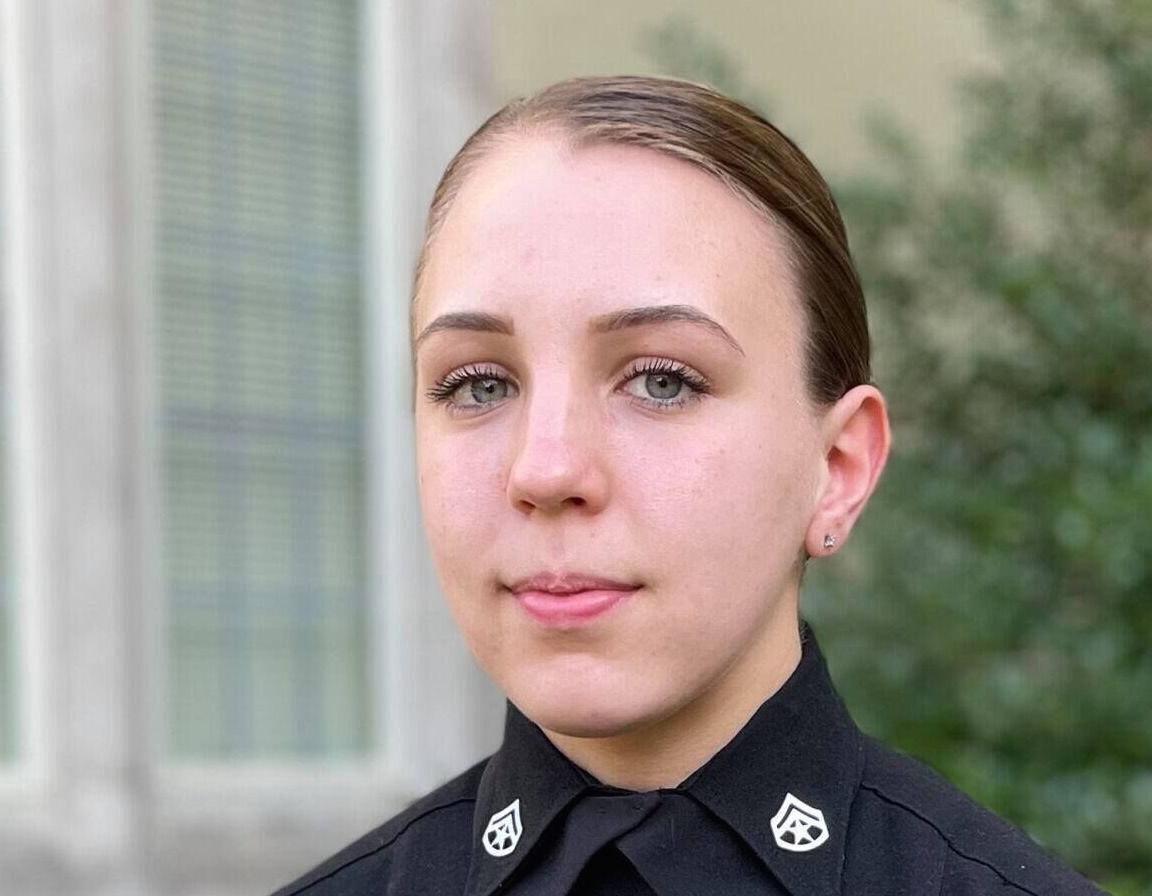 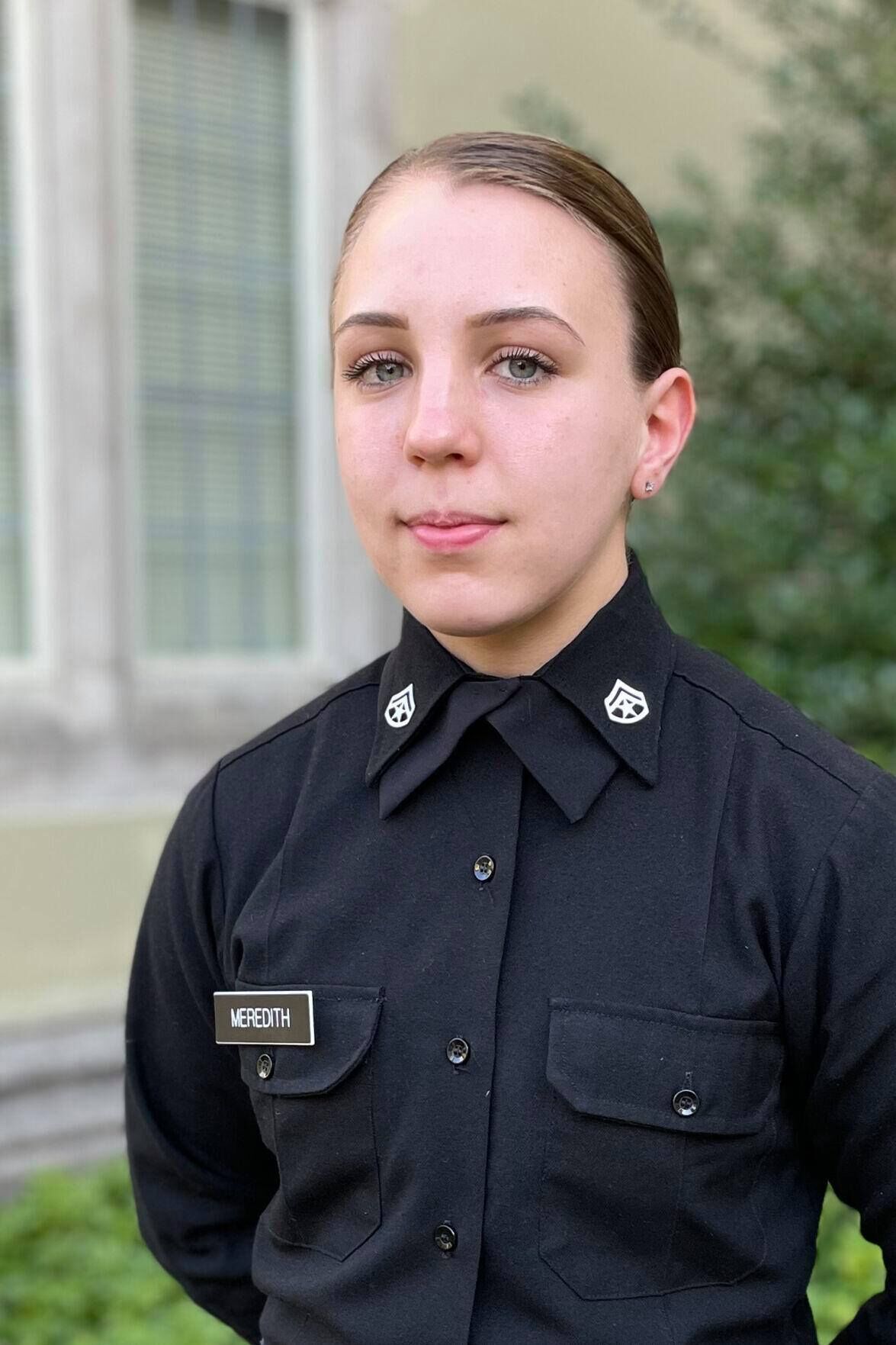 LEXINGTON, Va. – Kasey Meredith, a 2018 Westmont Hilltop graduate, has earned the regimental commander position at the Virginia Military Institute in Lexington, Virginia – the first woman to do so in the school’s 182-year history.

“It’s amazing that I got this position,” the 21-year-old Johnstown native said in a telephone interview.

Meredith is now the highest-ranking cadet at the school and credits a desire to aim high as what led her to this honor.

“I love to always shoot for big things in my life,” she said.

During her time at VMI, Meredith, who’s heading into her last year at the school, has served as a Color Guard corporal, fire team leader in the U.S. Marine Corps ROTC Detachment, and most recently as the 1st Battalion sergeant major.

According to www.vmialumni.org, a cadet is chosen for leadership positions through “an exhaustive review of their academic and military record” at the school.

Candidates undergo interviews with members of the commandant’s staff that include academic faculty, the current regimental commander and others – which leads to individual interviews by the VMI superintendent, who makes the final appointment.

“The entire scope of one’s cadetship is evaluated, from academic performance to personal interactions with staff on post, like food service employees and physical plant team members,” the website said.

Meredith will shadow the current regimental commander until the end of the term and in the middle of August, when the new school year begins, she’ll officially take over.

In her new role, Meredith will act as the face of the institute, she said.

She will also work with three battalion commanders, their officers and staff, and her own regimental staff along with the commandant’s staff and superintendent of the school.

“I’m just excited to work with the staff that I have,” she said. “I think we have a great team. I think this year we have a bunch of great leaders who are ready to lead.”

After graduating from VMI, Meredith plans to commission as a second lieutenant in the U.S. Marine Corps.

What inspired her interest in the military was her mother, Shannon, who served in the U.S. Navy for four years – mostly overseas – then in the Pennsylvania Army National Guard for two years.

“I never really knew that inspired her so much,” Shannon Meredith said.

That and advertisements for the Marine Corps appealed to Kasey Meredith, and when she found VMI, she knew that’s what she wanted to be.

Her parents are just as excited about the new position as she is.

“We’re still trying to absorb it,” Kasey’s father, William, said. “It’s pretty monumental to me and everybody.”

He and his wife described their daughter as a high achiever with a big heart, a lot of integrity and strong morals, who cares about people.

“From a young age, she’s always wanted to do so much,” Shannon Meredith said.

The pair are proud of their daughter and her achievements and can’t wait to see what she does next.

They also believe that Kasey Meredith will serve as an example of what women can do.

“She’s going to be able to inspire other girls to expand their vision of what’s possible,” her mother said.

As for the new regional commander, she’s looking forward to mentoring the new students – also known as “rats.”

“My biggest thing is for our rats, the fourth classman, to get the same experience and love for VMI that we got,” Kasey Meredith said.

She also wants to keep the standards of VMI high.

“Every single day this place offers some type of leadership you learn from,” Meredith said.

“It’s basically a leadership laboratory. You can fail, you can succeed and you can learn from it.”