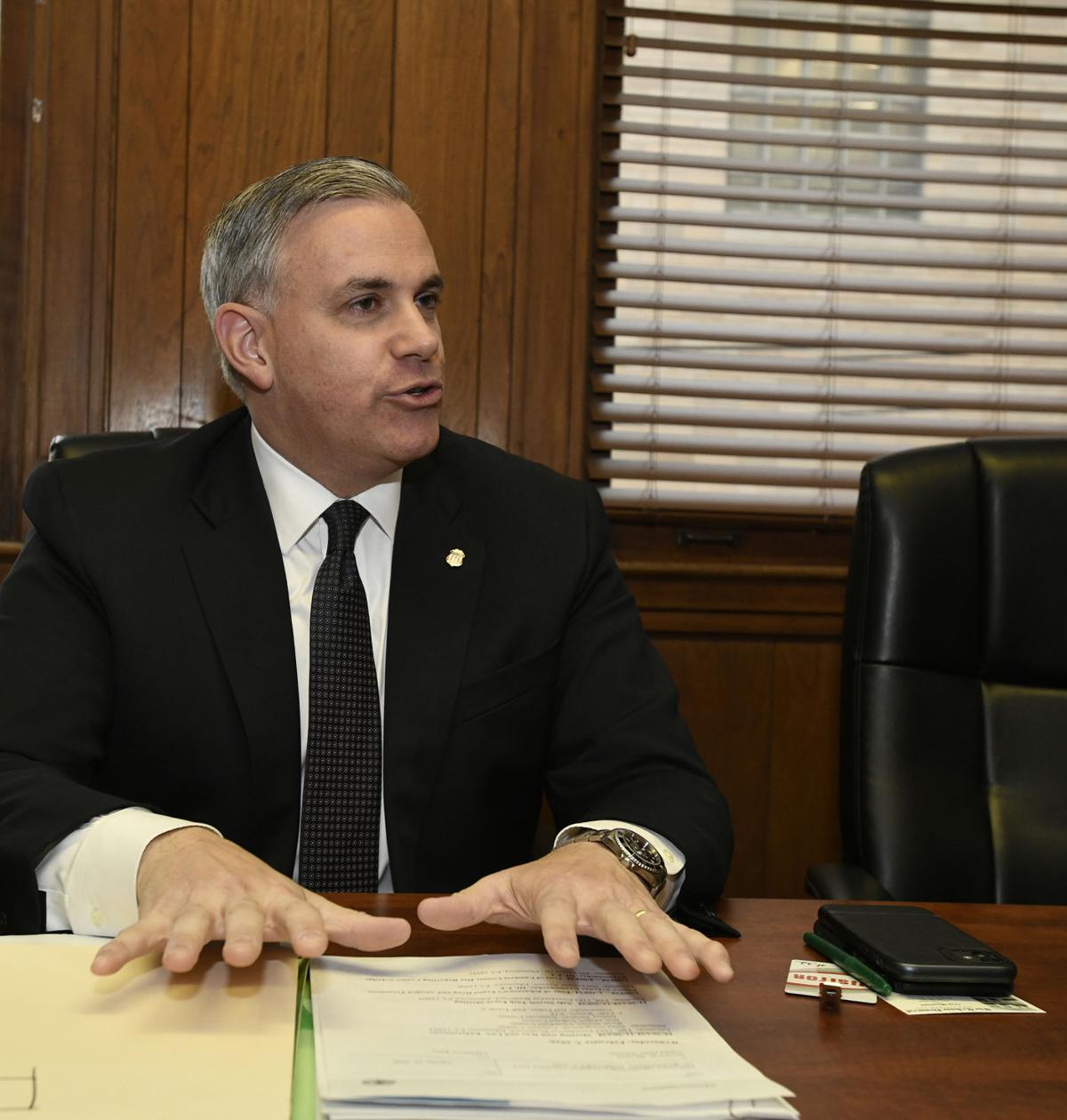 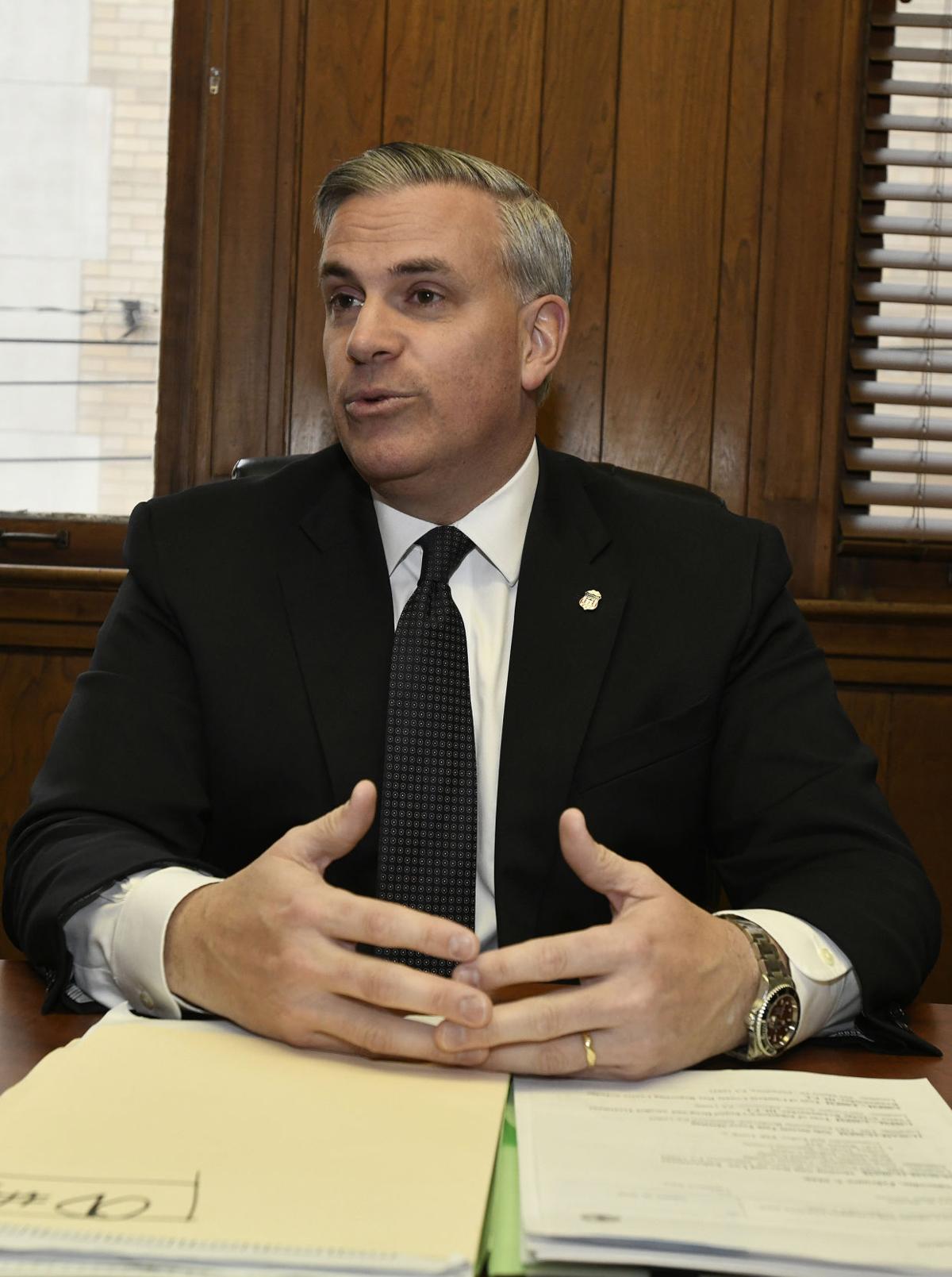 Victories in the ongoing war against opioids are reducing the casualty count across the region – but they have also opened a valve for what United States Attorney Scott Brady calls the "fourth wave" in the epidemic:

Potent methamphetamine created by drug cartels in the southwestern United States and Mexico.

Meth is already flooding pockets of Western Pennsylvania – Somerset County included – and Brady said his office and federal partners are working with local agencies to prepare for the drug.

"Meth is becoming a huge issue, in western Pennsylvania in general," Brady told The Tribune-Democrat on Wednesday. "Historically, you had a lot of one pot operations with people making the drug in their basements or garages ... but now we've got drug cartels moving in aggressively."

Over the years, drugs have often been funneled into the region through hubs such as Philadelphia, Detroit and Newark, NJ – and that's still occurring, he said. But with drugs such as meth and Fentanyl, a growing amount is coming from organized operations based in Mexico, Arizona and California.

Instead of cooking with household supplies and over-the-counter medicine, the cartels are using chemicals from China to create substances that are twice as pure and powerful, sometimes spiking it with Fentanyl, he added.

"What we're seeing in areas like Somerset now hasn't really hit Cambria County yet. But we know it's coming," Brady said.

Much of the the supply headed into western Pennsylvania makes its way through "jumping off points" like Youngstown and Cleveland first, he said.

It's a bit different for Somerset.

He said potent meth is making its way into the Somerset area from from Pennsylvania Turnpike and West Virginia routes.

During an interview last month, Somerset County District Attorney Jeff Thomas acknowledged his county is dealing with "a flood" of the drug.

"It's scary because these folks – when they use this stuff – they're basically out of their mind," he said.

And while meth on its own isn't as lethal as drugs such as Fentanyl, the stimulant causes a frightening array of physical and mental health issues in its wake, he said.

"With heroin, you might need a week to detox. With meth, it might be a month before you're really lucid again," Thomas said.

It's going to take a team effort involving local, state and federal agencies to push back against the cartels, he acknowledged, "because they are always adjusting – and trying to stay one step ahead."

He said a meth-focused symposium is being planned to educate those reacting and responding to the drug's impact.

And federal Community Oriented Policing (COPS) grants are now available through the Department of Justice that can enable local prosecutors to establish methamphetamine task forces.

"We also want to remind them that when drugs are crossing state lines – or our borders – we have tools to help them get to the bottom of it," Brady said. "When you have trafficking like this, it's more important than ever to stand shoulder to shoulder with our state and local partners."

Jeffrey Thomas has a new role as Somerset County district attorney that puts him in charge of a criminal caseload that has topped 1,000 annual…