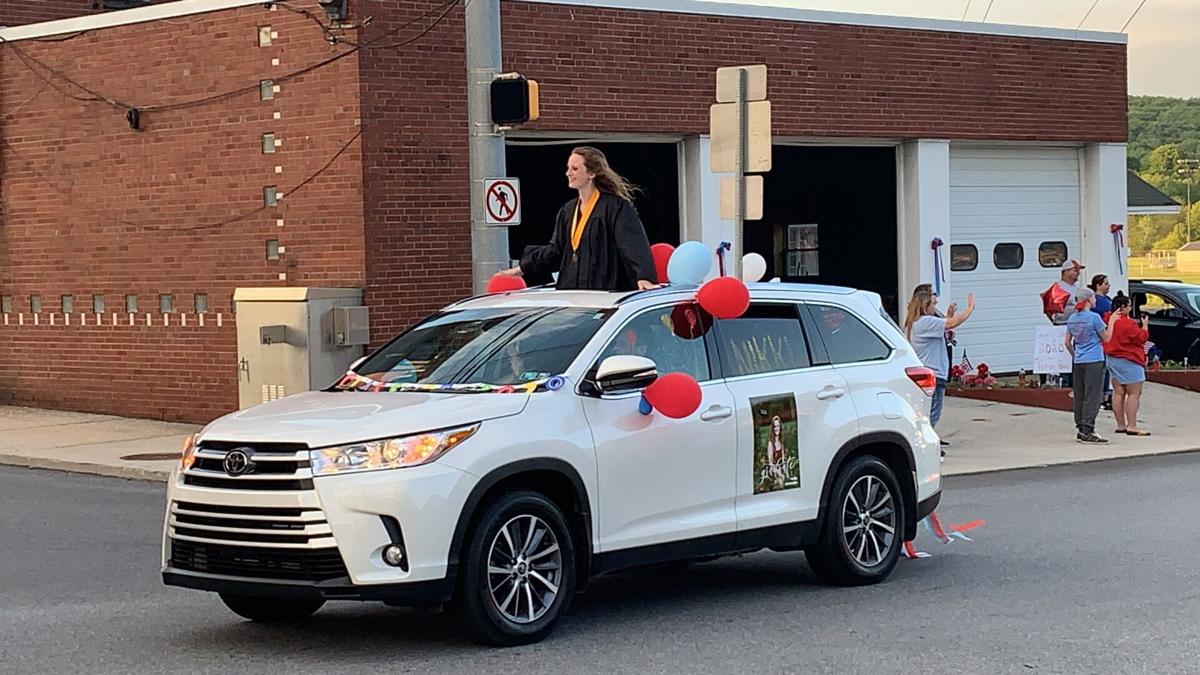 Cambria Heights senior Nikki McCombie rides atop a vehicle through the parade that traveled through Patton and Carrolltown to celebrate the class of 2020 on Tuesday, June 2, 2020. 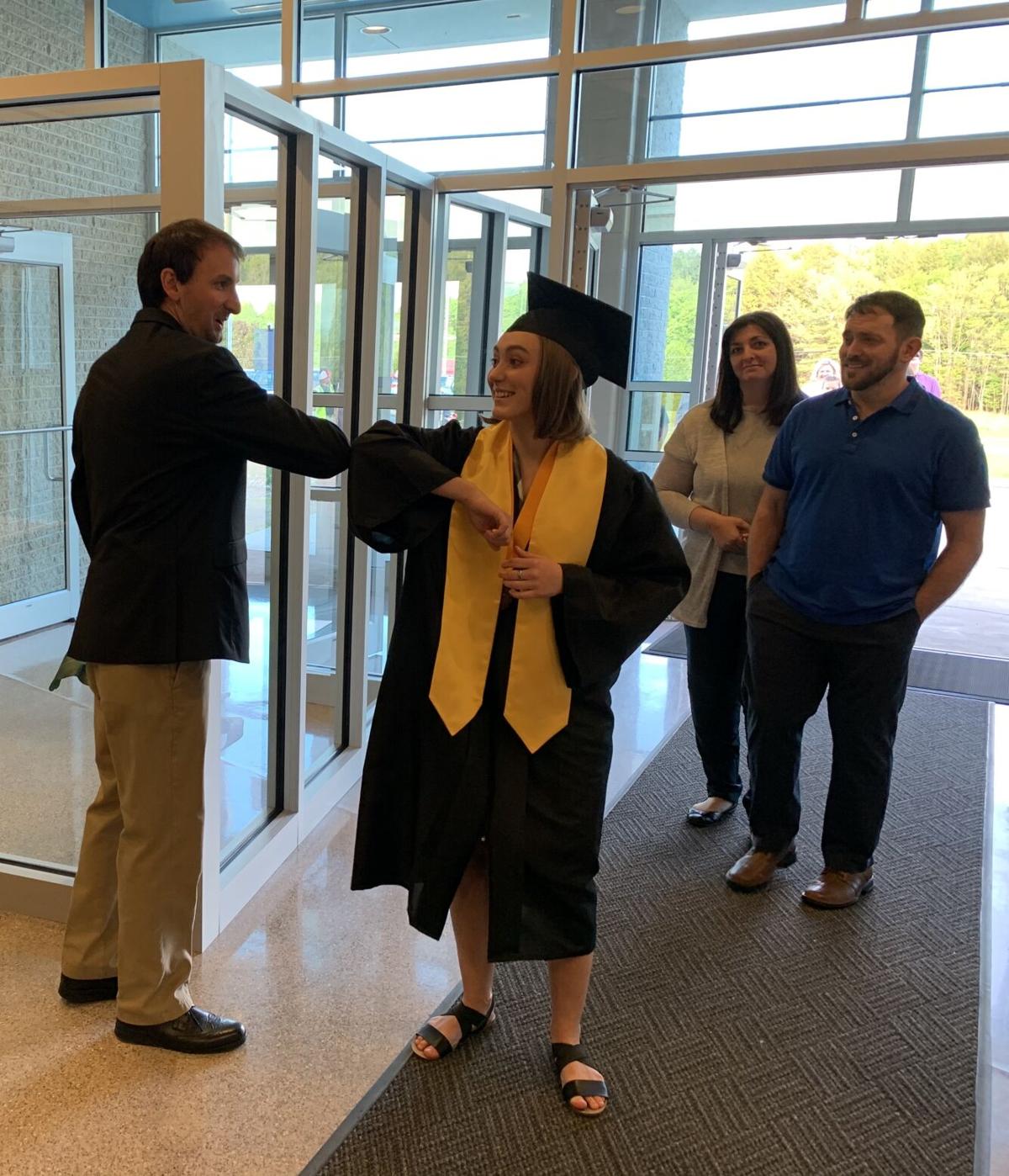 Cambria Heights senior Kelsey Rematt and Principal Ken Kerchenske share an elbow bump before she receives her diploma at the first portion of the graduation celebration the school held on Tuesday, June 2, 2020.

Cambria Heights senior Nikki McCombie rides atop a vehicle through the parade that traveled through Patton and Carrolltown to celebrate the class of 2020 on Tuesday, June 2, 2020.

Cambria Heights senior Kelsey Rematt and Principal Ken Kerchenske share an elbow bump before she receives her diploma at the first portion of the graduation celebration the school held on Tuesday, June 2, 2020.

Cambria Heights High School seniors were surprised Tuesday at their drive-in ceremony by a compilation video of celebrities congratulating them on graduating.

Prior to the video everyone was expecting at the Hi-Way Drive-in in Carrolltown, Miami Dolphins tight end Mike Gesicki, who played for Penn State; conservationists Jack and Suzi Hanna; and singer-songwriter Natasha Bedingfield all offered words of wisdom to the students.

This was thanks to Cambria Heights alumna Dawn Pellas, who secured the clips for the commencement messages, Principal Ken Kerchenske said.

"We wanted to make this as memorable as possible," Kerchenske said. "We kept it a secret, and we hope it was a surprise for the seniors to start their commencement with those video messages."

The videos weren't the only way the school celebrated the Class of 2020.

Students were given individual ceremonies where they received their diplomas and pictures at the middle school, followed by a parade through Patton and Carrolltown that ended at the drive-in.

"It means a lot – everyone being together like this," senior Kelsey Rematt said.

Having the chance to participate in a graduation event provided closure, she said.

Kelsey added that she was thankful the administration provided such a memorable series of events for the seniors.

Her parents, Stacy and Tom, were excited they got to see their youngest daughter get her diploma in person.

"Without it, this wouldn't feel right," Stacy Rematt said.

Both were "really appreciative" of what the district put together for the students, especially the drive-in portion of the evening.

"We've been going to the drive-in our entire lives, so to see her up on the big screen tonight will be awesome," Tom Rematt said.

Anne Weber was impressed with the event Cambria Heights put together.

She commended the administration and volunteers for their work and added that she was glad the school organized the event.

"It's different, but I still think it's worth it – and it means a lot to the kids," Weber said.

Senior Joseph Weber was happy something was taking place and said the fact that the school did all of this "means a lot."

He admitted that missing out on a lot of the events associated with the final months of a senior year was disappointing but he was delighted something good happened at the end.

"At least we can have one thing and see everyone one last time," he said.

It wasn't just the school staff who worked to celebrate the students.

As the caravan of vehicles made its way through the two towns, it was met by cheering community members with signs of congratulations, decorated yards and balloons of the school's colors, red and blue.

"We were worried these kids wouldn't be able to experience a traditional graduation," Superintendent Michael Strasser said.

Stasser said he doesn't think the students will ever forget their graduation now.

"Because it's not traditional we wanted to go above and beyond in some of the other elements," Kercehnske said.

The evening ended with fireworks.