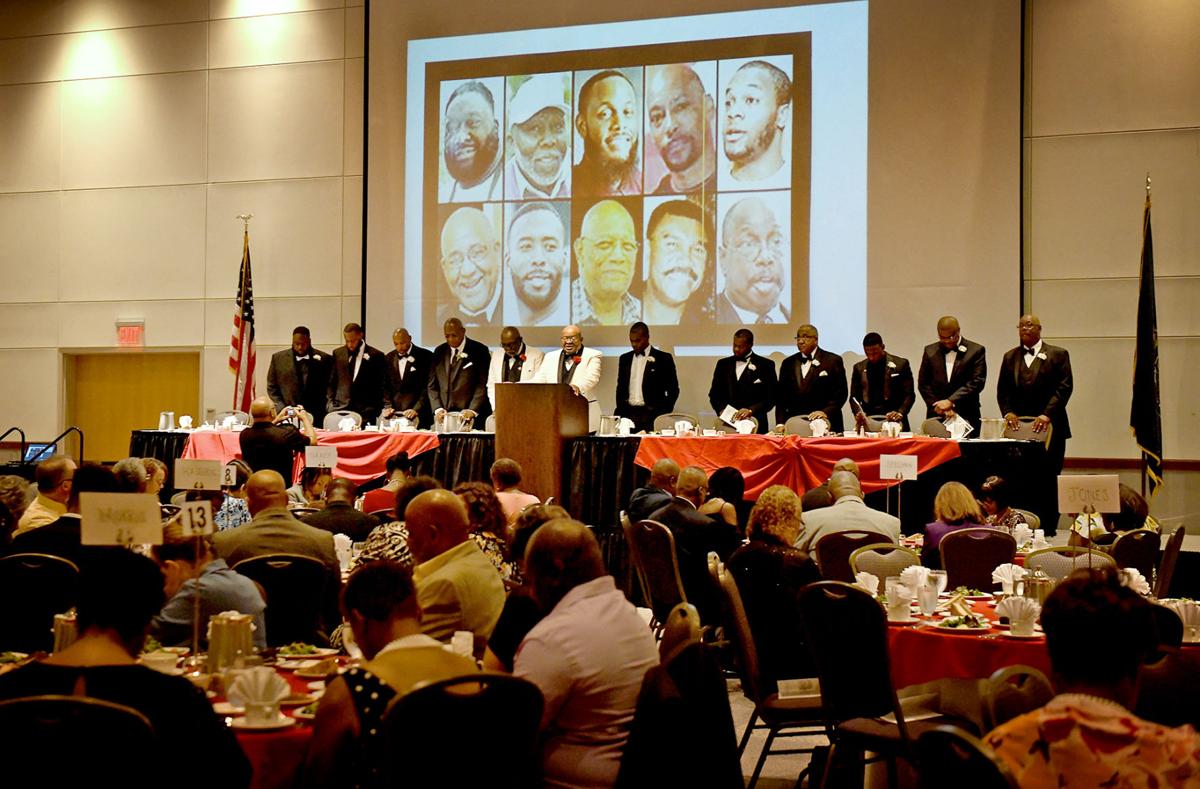 Rev. Ntando Gxuluwe (center), of St. James Missionary Baptist Church, provides the invocation Saturday during the start of “Honoring Black Men of Leadership” banquet sponsored by The Redeemed Men of God, which was held at the Frank J. Pasquerilla Conference Center in downtown Johnstown. 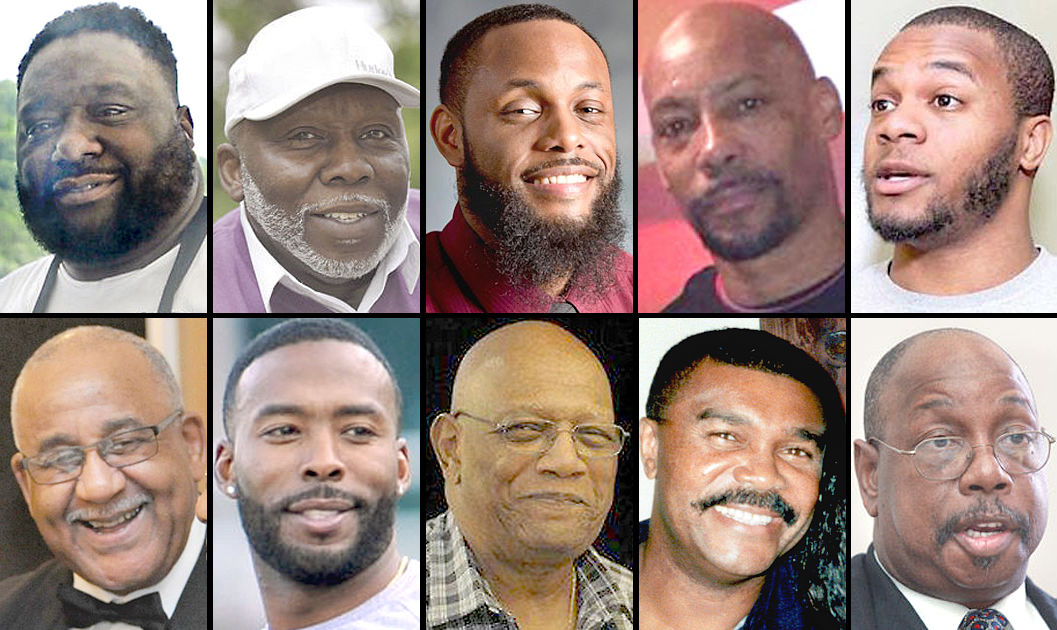 Rev. Ntando Gxuluwe (center), of St. James Missionary Baptist Church, provides the invocation Saturday during the start of “Honoring Black Men of Leadership” banquet sponsored by The Redeemed Men of God, which was held at the Frank J. Pasquerilla Conference Center in downtown Johnstown.

Jeffrey Richardson Sr. was a standout athlete at Johnstown High School and went on to star in football and wrestling at Michigan State University.

Drafted by the New York Jets in 1967, Richardson was a member of the Jets’ Super Bowl championship team in 1969.

He went on to a stellar career in the supermarket industry, rising to the office of vice president for Supermarkets General Corp. in New Jersey.

But these days, Richardson measures success in family and in those he has helped guide to success over the years.

“Was I a mentor? I don’t know, but I hope so,” Richardson told the audience at Saturday’s Honoring Black Men of Leadership banquet.

“I like to think I am part of the reason there were so many who were so successful after they were part of my team,” he said.

Richardson was the keynote speaker at the event at Frank J. Pasquerilla Conference Center in Johnstown. He was also one of 10 black men honored during the event for their success and leadership.

Each of the 10 was presented with a plaque from event sponsor The Redeemed Men of God, and each was given the opportunity to speak.

Most followed Richardson’s theme of recognizing success in other areas of their lives, with many tipping hats to Johnstown as their hometown or adopted hometown.

“The people of Johnstown have shown me so much love,” Rayne’s Backyard BBQ owner Terrance Ballard said, accepting his award. “I’m so truly blessed to have that. Because you know what? Barbecue is for love.”

The Tribune-Democrat reporter and businessman Ronald Fisher embraced the black community for raising up leaders.

“It’s not truly about me,” he said. “It’s about us. I was born and raised here in Johnstown and I love this place. There is a lot more positive than there is negative.

“But we need to take ownership of that and do a better job of passing the torch. In the end, we are family.”

Andrew Hawkins, former wide receiver for the Cincinnati Bengals and Cleveland Browns, said, “I feel like I am a product of my community.”

“I look around this room and I see potential,” Spellman said, accepting his plaque. “There is so much good going on in Johnstown.”

Two Johnstown natives are listed in the credits for a film that is up for an Academy Award. Mike Owens of St. Paul, Minnesota, is an animator and former NFL wide receiver Andrew Hawkins is an executive producer for “Hair Love.”