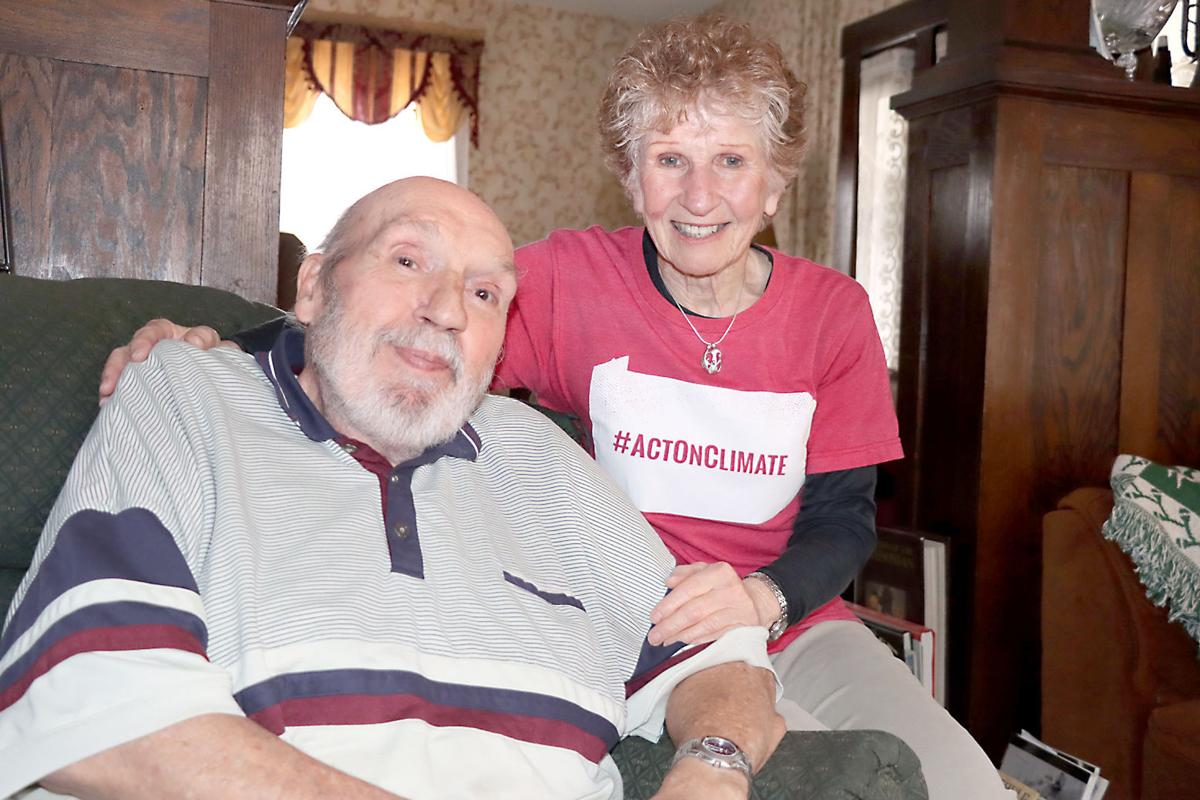 Etta Albright sits with her husband Patrick in their Cresson home Thursday, Jan. 16, 2020, as they share concerns about climate change. 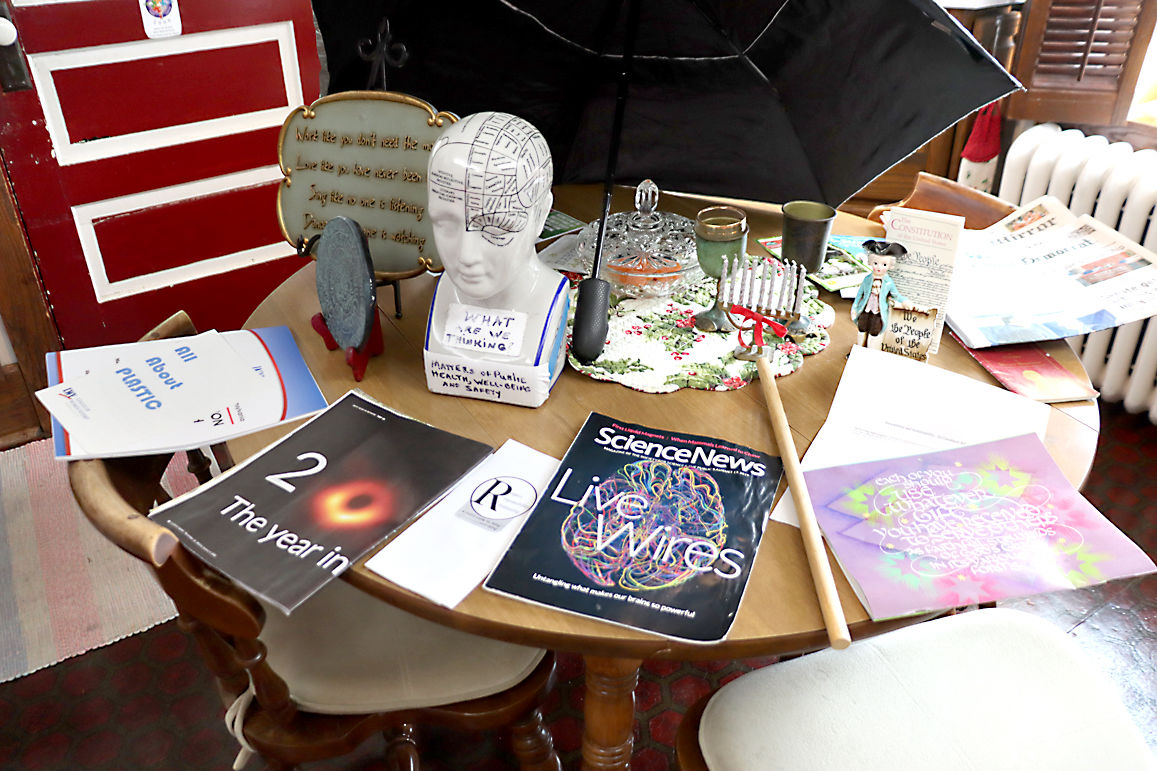 Personal artifacts and symbols are displayed Thursday, Jan. 16, 2020, on Etta Albright’s kitchen table, which is partially shielded by an umbrella.

Etta Albright sits with her husband Patrick in their Cresson home Thursday, Jan. 16, 2020, as they share concerns about climate change.

Personal artifacts and symbols are displayed Thursday, Jan. 16, 2020, on Etta Albright’s kitchen table, which is partially shielded by an umbrella.

“There is no such thing as clean fossil fuel,” Albright told company and state officials, reminding the audience of damage from past coal mining practices.

“We all know where that leads us: Polluted air; polluted water; polluted land.”

Albright was the only speaker in opposition to the plant, which opened last month off Route 271 near Vinco.

Albright says she often feels like the voice in the wilderness. The 75-year-old Cresson resident is a well-known activist with a variety of causes – especially climate change.

“I feel very alone,” she said at her home.

In the first years following the United States invasion of Iraq, Albright was among a handful of Citizens for Social Responsibility who regularly demonstrated along Theatre Drive in Richland Township. She also was part of a small group opposing Cambria County’s implementation of touch-screen voting.

Albright has heard the criticism trying to fight for national and international issues from a house on Powell Avenue in the small town of Cresson.

“It begins on the home front,” Albright said, wearing a shirt with the words, “Climate action starts here.”

“If (changes) are not happening here, what makes you think they are happening anywhere else?” she continued.

In preparing to tell her story, Albright arranged personal artifacts and symbols on her kitchen table, partially shielded by an umbrella.

“Think of it as an artwork to understand that, first of all, we are under the influence of a lot of different things,” she said, using the umbrella as an illustration. She then removed the umbrella to signify her goal of moving beyond the realm of outside influences.

Her passion for change and for questioning authority began at an early age. A native of Pittsburgh, Albright’s parents moved the family to Cambria County when she was 4.

At age 6, she was enrolled in the one-room Burns School in the former Prince Gallitzin School District.

Girls were not allowed to wear slacks, so she was in the playground in a dress and tried some cartwheels.

Albright was called into the school and disciplined by the teacher.

“She beat me with a paddle,” Albright recalled. “I learned a serious lesson about authority figures. It was a real awakening to the reality of people being cruel who are supposed to be nice.”

She met her husband, Patrick Albright, while still in high school in Patton. She went on to nursing school and a career at the former Cresson State School and Hospital. He went on to teach science in the Penn Cambria School District for 36 years, and is now a member of the school board.

Patrick Albright shares his wife’s concerns about climate change, but prefers to avoid the public forums. He faced his share of controversy as president of the Penn Cambria Education Association during several strikes in the 1970s.

“I’ve been teaching about global warming for probably 40 years,” Patrick Albright said, recalling a seminar he attended at Bloomsburg University.

He used the concept of planet Earth to reach his students about the damage.

“If you were on a spaceship and somebody lit up a big cigar, or pooped in the water tank, you wouldn’t be very happy,” he said. “And yet, there are industries doing just that. It gives you a right to be outraged.”

Etta Albright says she is inspired by her husband and fights for change for the future generations.

“I feel an urgency about this climate change,” Etta Albright said. “It’s about our grandchildren. I want people to be able to understand within their own capacity and take some responsibility instead of just ignoring it.”

Standing on his Gillan Lane front porch, Ted Reffner speaks over the hum of turbines from CPV Fairview power plant, visible on the hill above.

BALKO[mdash] Margaret, "Jane", 95, Ferndale, died March 28, 2020. She was born February 27, 1925, in Johnstown, daughter of the late Clarence and Laura (Irwin) Putt, Jane was also preceded in death by her loving husband of more than 50 years, John Balko. She is survived by her children, John…

GROVE[mdash] Paula, On March 29, 2020, Paula Jane (Twigg) (Blair) Grove of Johnstown, formerly of Scituate, MA, died on her 62nd birthday. Paula married the late Thomas W. Grove of Johnstown in 2003 and was formerly married to the late Stephen D. Blair of Cohasset, MA. Paula was a hairdresse…