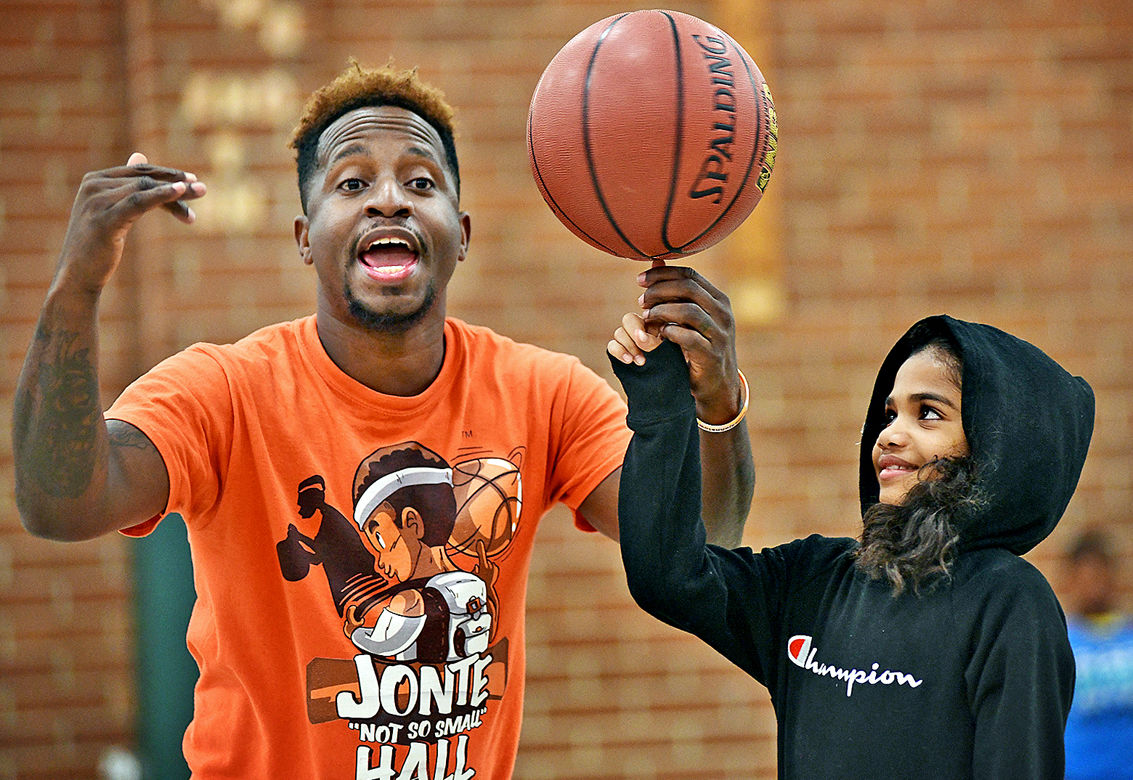 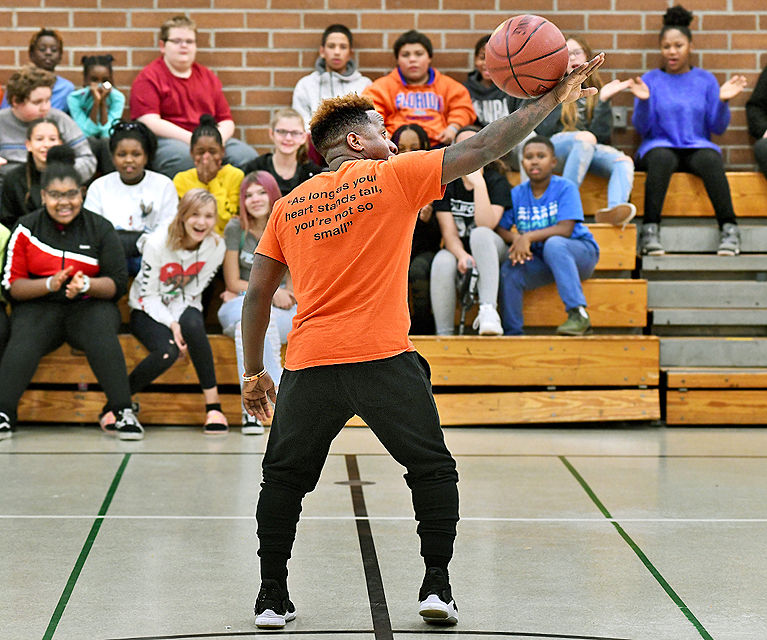 That was the message heard by a group of Johnstown Middle School students Tuesday afternoon. The motivational theme was part of a presentation given by former Harlem Globetrotter Jonte Hall.

Hall made a visit to the school to speak with pupils during the district’s after school program.

“It’s about adversity and never giving up,” said Hall, who was a Harlem Globetrotter for nearly 10 years.

On Tuesday, the 5-foot-2-inch hoopster shared his story of perseverance and how he dealt with constantly being told that he was “too small” and that he should “give it up.” Hall said the unrelenting discouragement led him to make a decision at a young age to silence the naysayers by following his own path.

A quote on the back of Hall’s T-shirt read “As long as your heart stands tall, you’re not so small.”

Cyndi Ahlborn, project director for Afterschool Live, said Hall’s message on Tuesday was important, and that she was thrilled he was able to make it to the school to speak with students.

“I thought this was really good and I’m glad the kids got a chance to see that somebody can work hard and get where they want,” Ahlborn said.

While Hall amazed students with his basketball skills and trick shots, he explained to those in attendance that talent will only get you but so far, but having a big heart will get you even further in life. He also engaged students as he spoke on his experiences with bullying as a youth.

“There’s a lot of bullying going on out there and a lot of kids are dying from it. We’re just trying to put a stop to that,” said Hall, following his presentation. “It’s OK to tell a teacher.

“It’s OK to walk away. It’s OK to help someone who’s getting bullied.

“If all the kids didn’t get my message today and at least one or two got it – I’m happy.”