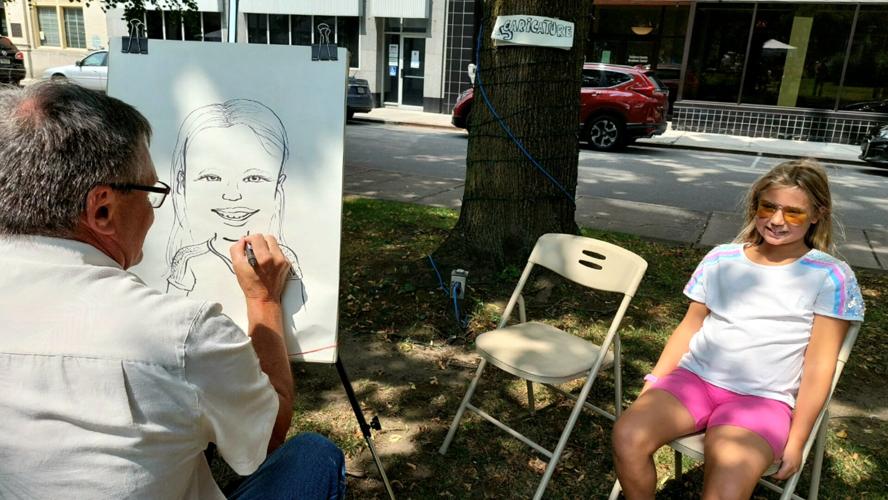 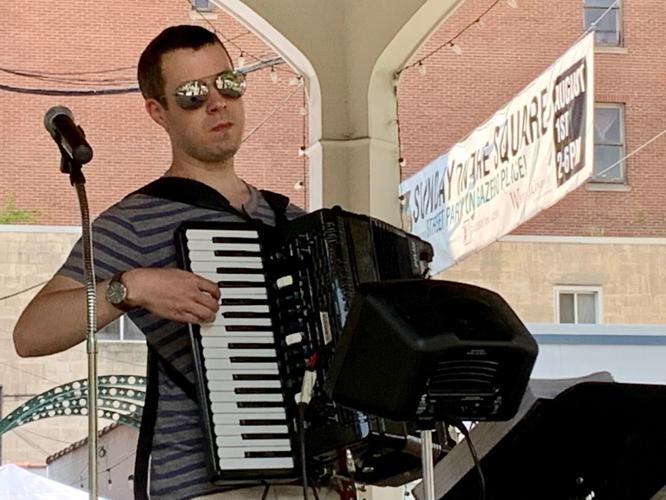 Musician Jim Vizzini entertains a Central Park crowd during Sunday on the Square.

Musician Jim Vizzini entertains a Central Park crowd during Sunday on the Square.

Jason Folckemer came to Johnstown to celebrate his aunt’s 81st birthday over the weekend and found himself in the middle of a Central Park “street party” Sunday.

After taking his daughter, Sparroe, to the Johnstown Flood Museum and the Inclined Plane’s famous overlook, the sights, sounds and smells of Sunday on the Square drew his family to the park, he said.

“This is a beautiful area,” he said, while Sparroe, 9, posed in sunglasses for a caricature by Daisytown artist Duane Webb. “It’s nice to see stuff like this happening here.”

That’s the type of introduction that event chairwoman Victoria Truscello said Gallery on Gazebo is trying to make across the area.

Sunday on the Square was first organized in 2019 to re-introduce people to the central business district and put a spotlight on Gallery on Gazebo, which opened the same year as an artist showcase and event space. Over that span – even as COVID-19 slowed momentum a bit – Gallery on Gazebo has grown, welcoming H. Wonder Coffee and Records this summer and adding the open-air Piazza at Gallery on Gazebo in the alleyway next door.

On Sunday, a basket raffle was being held inside the space – one of several fundraisers aimed at showing off the piazza and raising money to illuminate the corridor.

“We want to light up the whole place,” Truscello said. “But the goal is to bring people downtown and show them that the arts are alive here.”

Gazebo Park was closed to traffic for the event, enabling attendees to dine or grab a drink. Inside the park, a crowd of several hundred watched and clapped as musician Jim Vizzini buttoned through an early 1980s Journey hit on his accordion.

For Gregg and Terri Majerscik, this was the latest of several times they’ve found themselves enjoying the park – after attending two or three summer concerts the past two years. On Sunday, they found a shady spot at one corner of the park and were making plans to try out a plate of House of Smoke’s pineapple-stuffed barbecue.

“It’s a great day and just a nice chance to get out and enjoy some music,” he said.