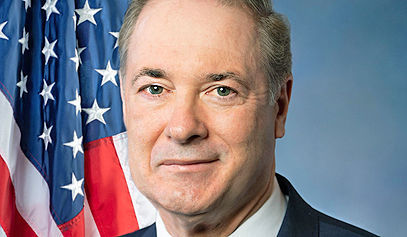 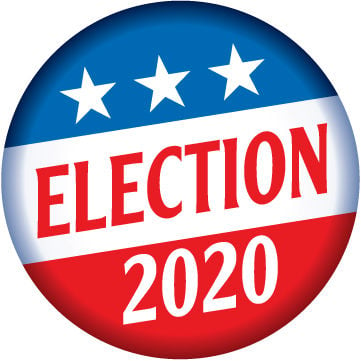 U.S. Rep. John Joyce, R-Blair, is among the less than two dozen physicians who have served in the 116th Congress.

With that background as a dermatologist, he has prioritized several medical issues and projects during his freshman term, including the Home Grown Health Care Initiative.

The program, supported by Lake Erie College of Osteopathic Medicine, is designed to give students the opportunity to do their clinical studies at hospitals within the 10-county 13th Congressional District, specifically, right now, Conemaugh Memorial Medical Center (Cambria), Fulton County Medical Center (Fulton) and the VanZandt VA Medical Center (Blair).

Joyce, one of 16 members of the GOP Doctors Caucus, would like to play a role in expanding the initiative if he is reelected in his race against Democrat Todd Rowley.

“I want to bring students back so that they spend the entirety of their third and fourth year of medical school in the district, so they return home – many of them to the hospitals where they were born, where their parents or siblings are working – to develop those mentorships with the great physicians who are here in our community,” Joyce said. “This allows them to make those ties, to make those associations during their third and fourth year of medical school. And it also does something that’s very significant. It allows many of them to live at home, which decreases the cost of their medical education.”

He has also drawn upon his medical background when analyzing the nation’s response to the COVID-19 pandemic.

Joyce speaks highly of Operation Warp Speed, a Department of Health and Human Services effort, supported by President Donald Trump, to accelerate the development of medicines and vaccines in an attempt to slow the spread of the novel coronavirus that has played a role in the deaths of more than 220,000 United States citizens.

“Our response to the coronavirus has been, I think, really important,” Joyce said. “Because, with Operation Warp Speed, which allows for the development of therapeutics and treatments for the coronavirus, we’re seeing the advance of new treatments that are rapidly becoming available. And, perhaps equally important, is a development of a vaccine, a vaccine that will be safe and effective. It is being pursued in record time.”

When asked if holding events with large crowds, such as the president’s recent campaign rally at the John Murtha Johnstown-Cambria County Airport, is a good idea, Joyce said, “I think we have to be safe. I think that’s so important. But I don’t think we can be totally beholden to the governor. … America wants to get back to work. They want to get back to play. They need to be able to watch their kids play at the football game, at the soccer game.

“I think we can be responsible. It’s time to reopen America, reopen Pennsylvania. It’s something that we frequently hear, and we need to get to that next step. That will definitely occur more easily with a vaccine and with better therapeutics. That’s why Operation Warp Speed is so important.”

Joyce was the only doctor on the 15-member ad hoc China Task Force, which consisted entirely of Republicans.

The group used research and interviews to develop a report with 400-plus recommendations on how to deal with China on a range of issues, including medical equipment production, illicit fentanyl distribution, rare earth minerals for electronics, re-shoring jobs and intellectual property rights.

Joyce said participating on the task force was “one of the most important endeavors that I’ve done in the 116th Congress,” adding that “we can’t be beholden to China any more.”

He addressed a range of other issues, too, during the editorial board meeting, including the recent Black Lives Matter protests.

“Racism in any level is unacceptable,” Joyce said. “There’s no question in my mind about that. I was brought up that way. I continue to advocate for that in Washington. But I’ll tell you we need to be able to protest respectfully and we need to be able to protest peacefully. We have First Amendment rights, but we also require law and order. We require the safety of individual communities.”

Joyce said he agreed to a pledge that any municipality that defunds the police should then be defunded from federal resources.