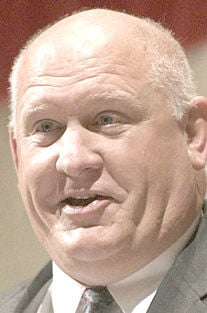 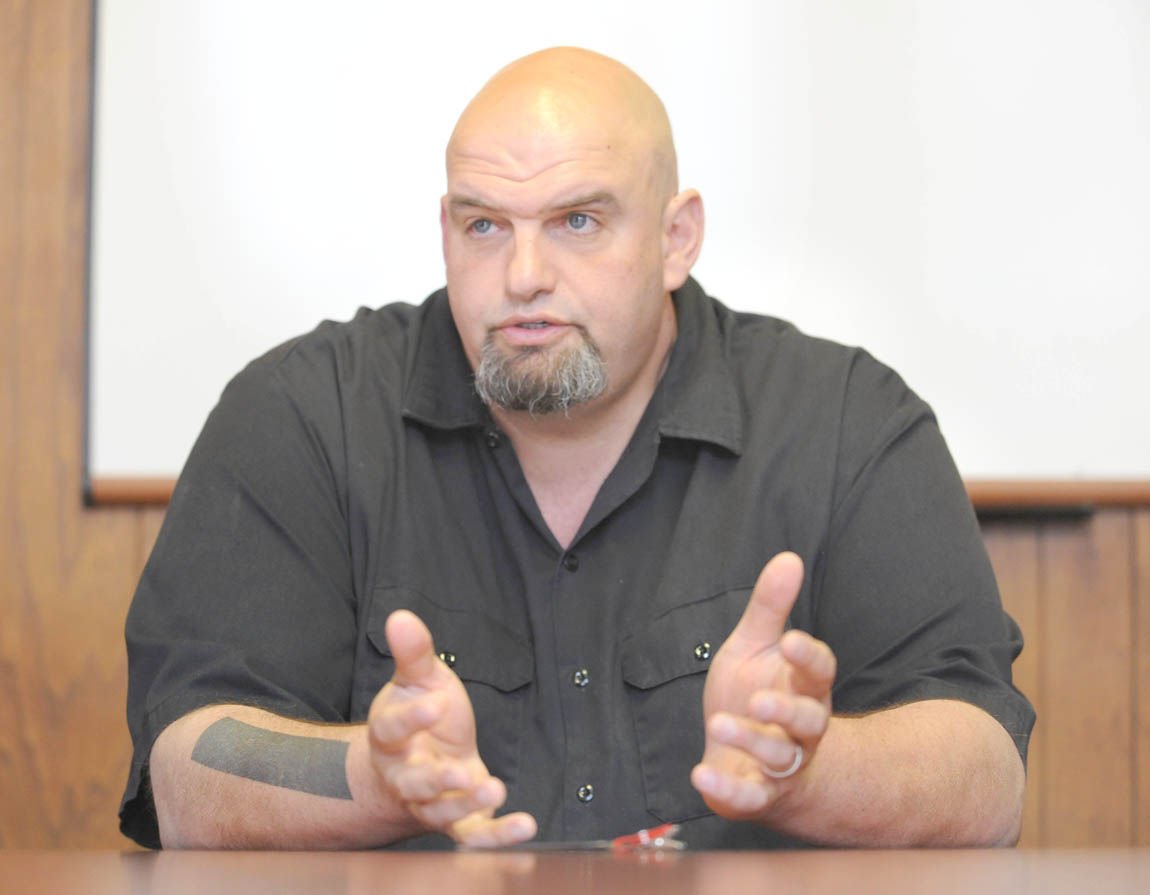 John Fetterman speaks during an interview with the editorial board of The Tribune-Democrat on Monday, April 11, 2016 in Johnstown. On Tuesday, May 15, 2018, Fetterman won the Democratic nomination for lieutenant governor.

John Fetterman speaks during an interview with the editorial board of The Tribune-Democrat on Monday, April 11, 2016 in Johnstown. On Tuesday, May 15, 2018, Fetterman won the Democratic nomination for lieutenant governor.

SARVER, Pa. – U.S. Rep. Glenn “G.T.” Thompson and Pennsylvania Lt. Gov. John Fetterman might be surrogates for two different candidates in this year's presidential race, but on Friday they clearly shared a common assessment of this year's race.

Both emphasized that Pennsylvania will be key in determining who will win the election in November.

“Quite frankly, the feedback I'm hearing – it sounds really positive,” Thompson said. “People are energized and excited. Pennsylvania's always a close state. I'm looking forward to a great victory for President Trump in his re-election.”

Before the roundtable and speech featuring Pence, Fetterman and Pennsylvania Democratic Party Chairwoman Nancy Patton Mills provided their own assessments of the Trump presidency and the current campaign between him and likely Democratic Party nominee former Vice President Joe Biden.

“It's no secret and it's no accident why the vice president is in Pennsylvania in June – because he knows and the presidential election campaign knows they have a defective product they have to try to sell again for another four years,” Fetterman said during the press conference call. “And that product is a whole series of failed promises to deliver what they promised four years ago and that is to – quote, unquote – Make America Great Again. I think the question every voter in Pennsylvania needs to ask him or herself – what does another four years of this look like?”

State 'up for grabs'

Erin McClelland, a two-time Democratic congressional candidate in the former 12th District and founder of the Working Pennsylvania political action committee, who lives near Sarver, said Rust Belt communities, such as those in the commonwealth will likely once again help determine the election's outcome, just as in 2016.

“This is a strong, blue-collar, working-class area with the type of people that have all too often been left behind by the Democratic Party and are being brought in by the Republican Party,” McClelland said during a telephone interview. “This is an area that will go blue one year and swing red the next. It's definitely up for grabs this year. The top of the ticket really is going to pull out voters. These are the types of areas that are going to win and lose this race.”

Rust Belt voters all across the nation will be considering the health care and economic impacts of the COVID-19 pandemic and shutdown during the general election race.

Thompson and Mills did not agree on Trump's handling of the coronavirus outbreak so far.

“I think the administration has done just a tremendous job when it comes to this extraordinary times of dealing with the coronavirus, COVID-19,” Thompson said. “The president mobilized both the private sector and the public sector, working in concert to provide the best health outcomes for Americans and American families.”

Mills countered: “They haven't won or defeated anything. (Pence) and Trump are claiming victory despite the fact that thousands of Pennsylvanians have lost their lives and over 2 million Pennsylvanians have filed for unemployment in the recent months. What's worse is the Trump administration still doesn't have this virus under control.

"Trump sent Pence here to try to clean up their mess. Well, it's not going to work out very well for them. It didn't have to be this bad.”

Pence's speech kicked off the “Great American Comeback Tour” to a receptive audience.

Matthew Pomaybo, an Oberg employee from Butler, offered his support for Trump, saying, “I like his openness and I like that he really does think about America and what's best for the people. He's trying to protect our country from people across the borders. He seems to be getting the businesses to come back to America that previously left. I like that about him.”

His co-worker, Dan Serafine, from East Brady, said that “our work has been steady here,” since Trump and Pence took office.

“I think that's a tribute to a lot of what Trump has been doing for our country,” Serafine said.