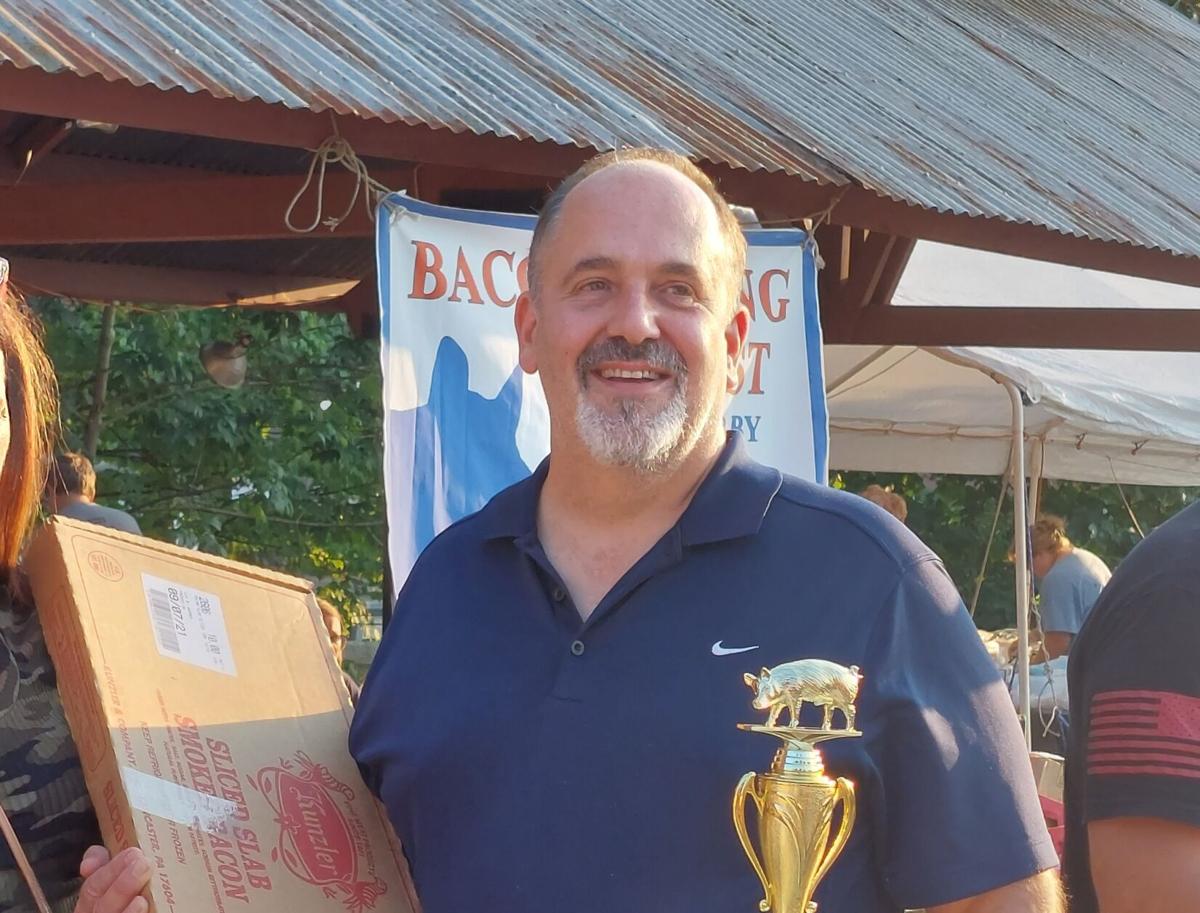 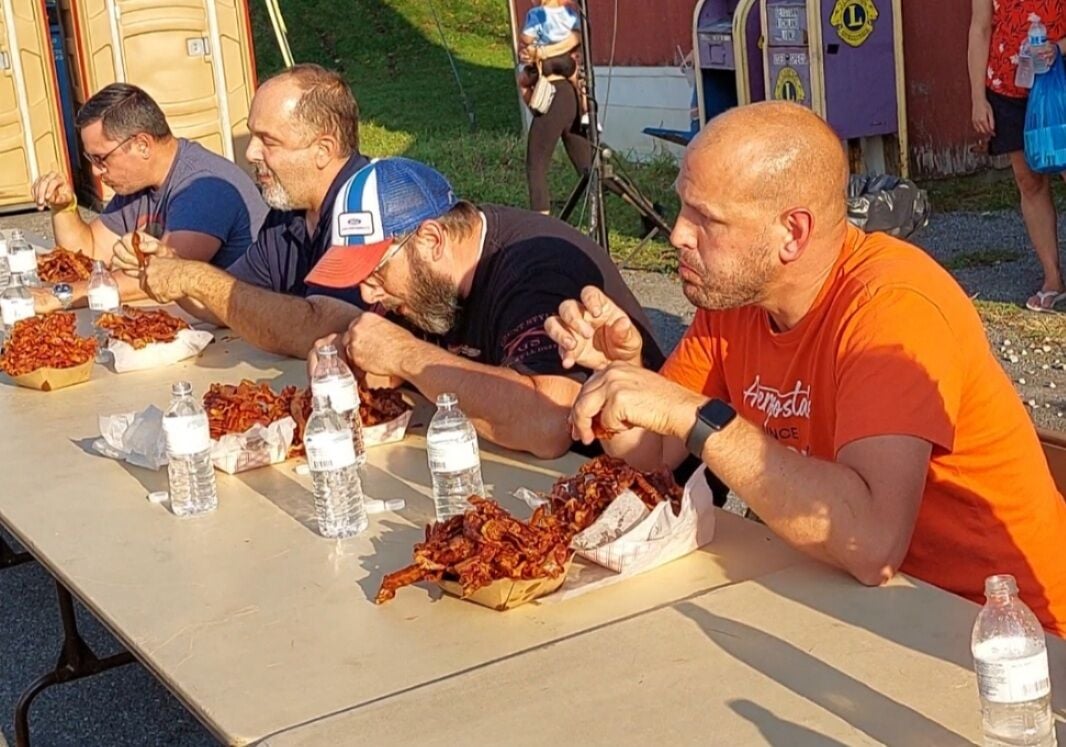 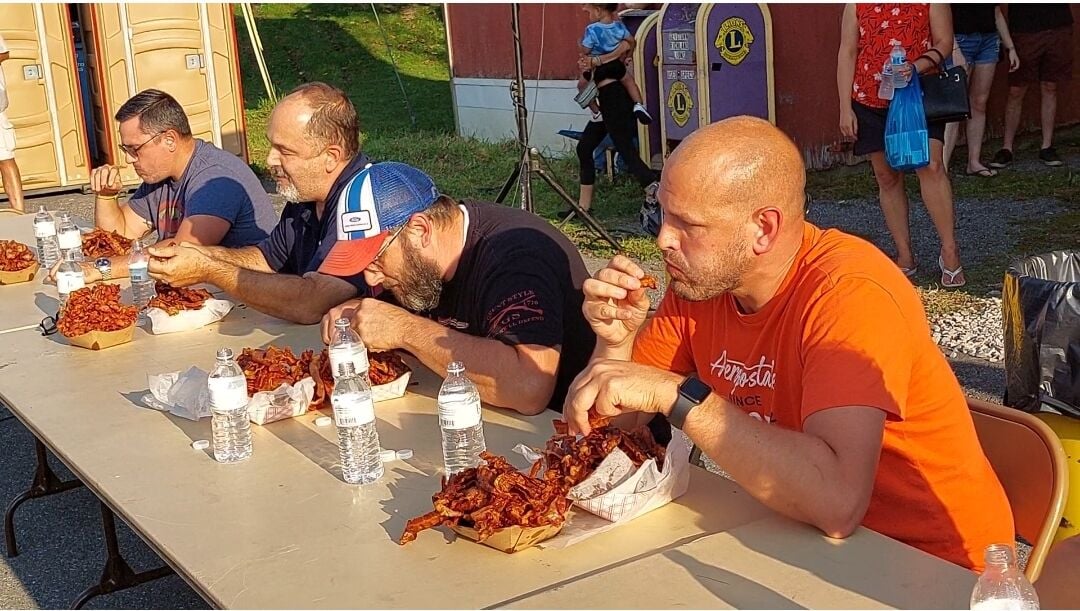 “Bacon” was back Saturday in Geistown.

After Fall’in Baconfest took a one-year hiatus, Bigdogz Grill owner Mike Ziants was back to gobble down a basket full of the cured meat alongside five fellow contestants in a three-minute race for the 2021 Bacon Eating Contest prize.

That prize: Ziants got to literally bring home the bacon – as in, a 10-pound case of the stuff.

Organizers of the fifth Fall’in Baconfest said they were glad to be back at it again, too, after the COVID-19 pandemic convinced them to cancel the event in 2020.

“The bacon eating contest is always a lot of fun, and it was great to see everyone out again enjoying themselves,” said Andi Cveykus, fundraising coordinator for Richland Township Fire Department.

The two-day festival has become an important annual fundraiser for the Richland’s volunteer fire department and Geistown Borough, she said.

Borough Mayor Kim Mock said it takes a “group” effort between the pair to make it happen, including lining up a list of vendors and a weekend full of live entertainment.

Nearby, under tents and inside food trucks, vendors mixed up their traditional menus to add dishes such as bacon sliders, bacon mushroom jerky and deep-fried bacon puffs to fit the Baconfest theme.

Boy Scouts Troop 2025 in Richland were cooking up mountain pies over an open fire pit while the band “Even the Odds” was warming up underneath the festival’s main tent.

“We got a lot of community support this weekend,” Mock said.

David Hurst is a reporter for The Tribune-Democrat.

Baconfest to return after COVID-19 cancellation

Bacon lovers will have the chance to pig out at the fifth annual Fall’In Baconfest on Friday and Saturday at the Geistown fire station, 631 Lamberd Ave.