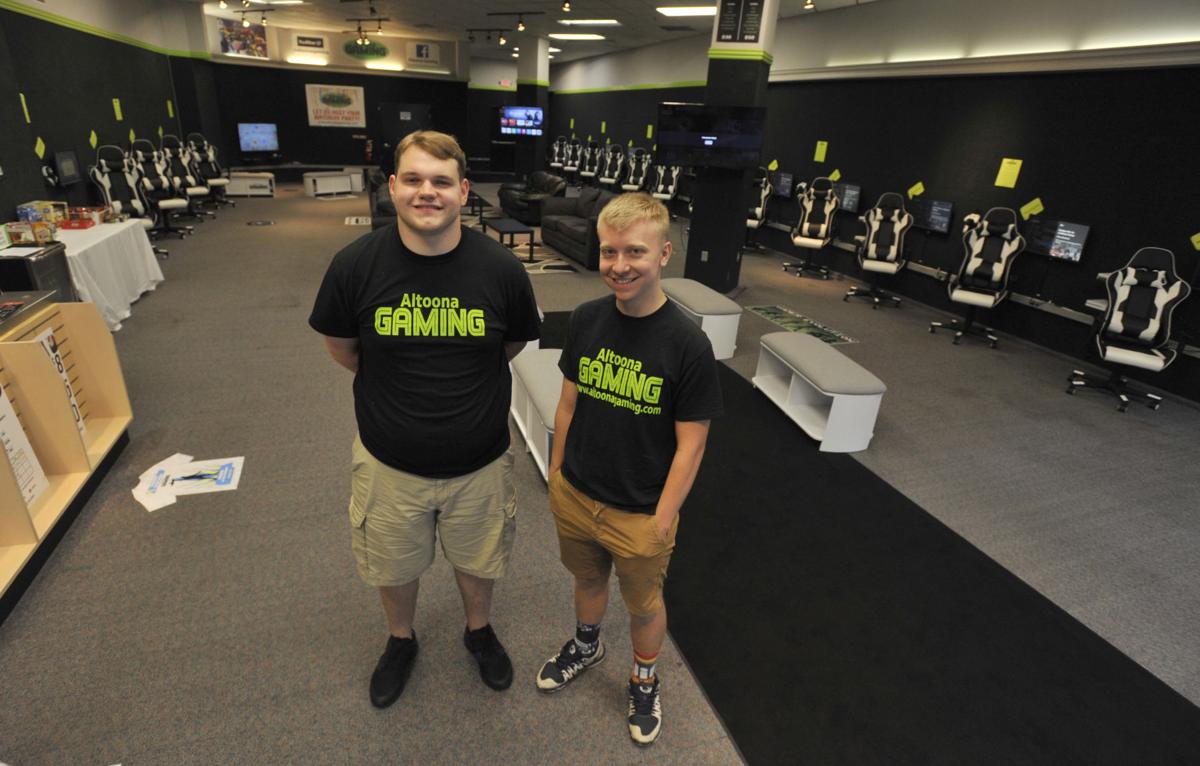 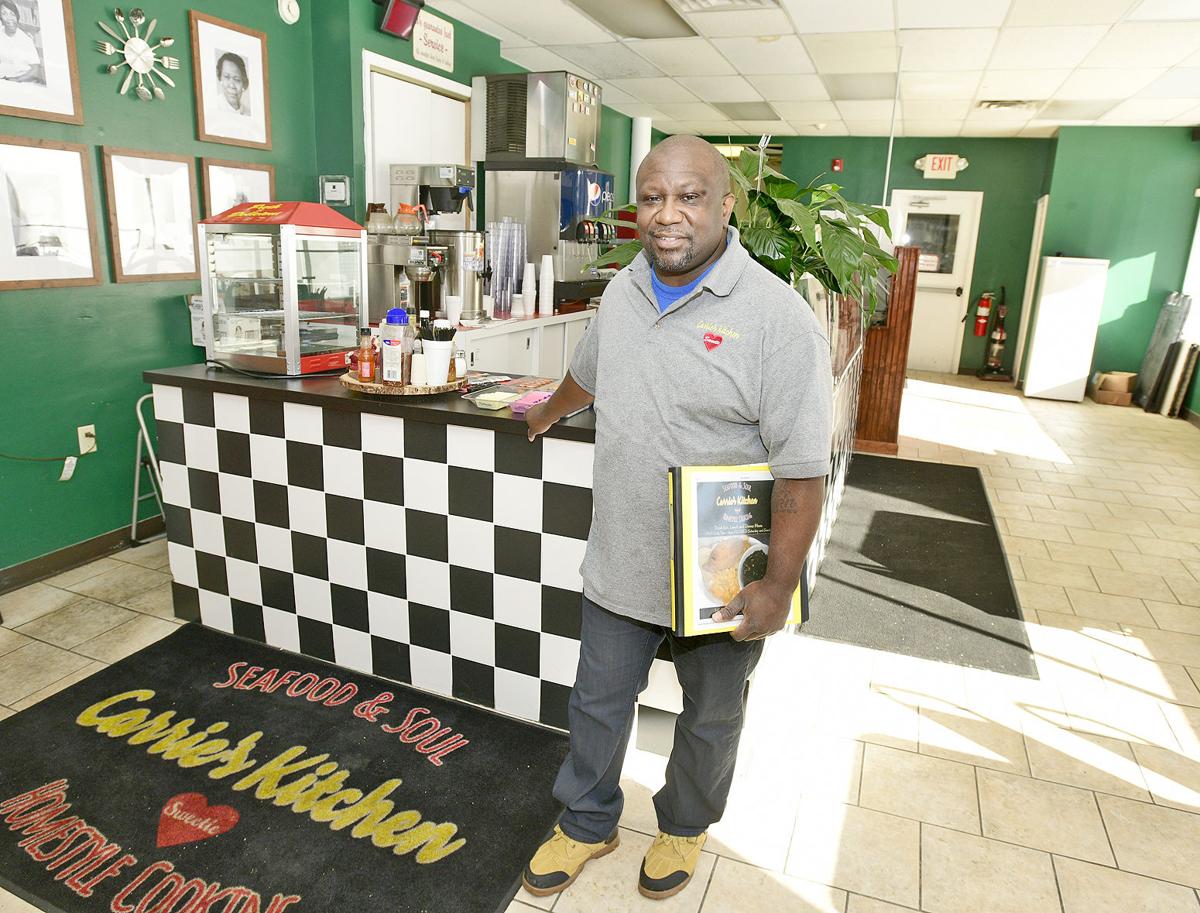 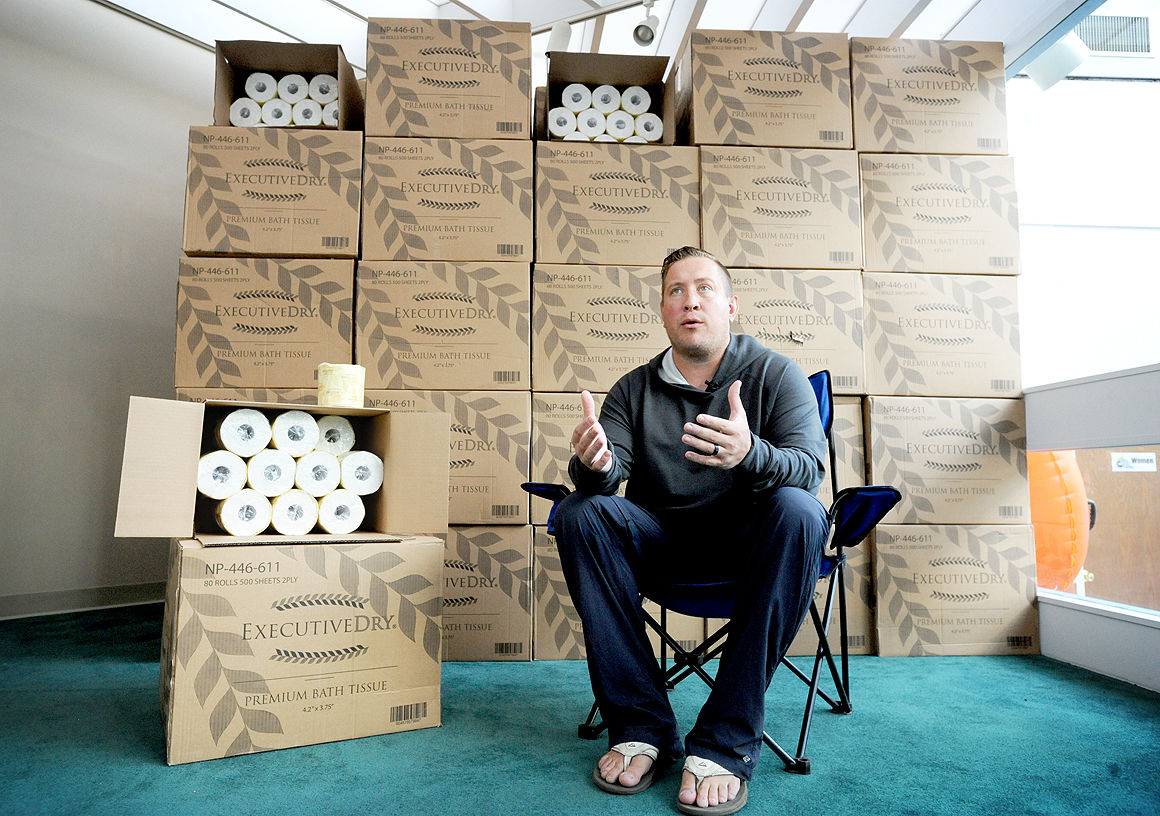 Chad Gontkovic, CEO of Johnstown Paper Co., said on Tuesday, Sept. 18, 2018, that he plans to use profits from the sale of toilet paper to raze blighted properties in the Johnstown area.

The region saw numerous new businesses open in 2018 – ranging from restaurants and breweries to a hookah lounge and paper company.

The Galleria mall in Richland Township added a new tenant as Altoona Gaming opened its doors in July.

Video game consoles such as PlayStation 4 and Xbox One are just a couple of the gaming options available at the center.

Maryland-based American Esports recently signed on for a joint-venture with the Johnstown business.

“We have huge plans for here,” Mason said. “We’re going to be building a state-of-art facility on the second floor of the mall. It’s going to be the first location of this soon-to-be-known-nationally company. Right here in Johnstown.”

According to market research provider Newzoo, there are more than 300 million e-sports enthusiasts globally – projected to reach close to 500 million by 2020. Per the report from Newzoo, total e-sports revenue leaped from $493 million in 2016 to $655 million in 2017, and total revenue is estimated to have exceeded $900 million in 2018.

“It’s a great opportunity for younger people, too,” Mason said. “There’s not much for kids to do around here, but Johnstown is about to be a part of this tech boom. We’ll have everything gaming, TV shows, livestreams. And the hub – the very first center – is going to be in Johnstown.”

Mason said his gaming center has already begun to partner with other local organizations, such as St. Francis University, which offers a gaming/new media design and production course and gaming club.

“St. Francis loved the idea of being able to recruit right from our leagues,” he said. “They’re going to start giving out scholarships for their program, I believe in 2021. And they’ll be starting the program in 2020.”

While overall foot traffic may have decreased over the years at The Galleria, Mason says his business is often booked to capacity.

“It’s been wonderful, because we are not retail,” he said. “Young entrepreneurs that want to start something, The Galleria mall is the perfect place. They’re willing to work with you, the rent is fairly inexpensive, it’s not a lot of overhead costs.

“So, if you’re interested in starting something, there’s a lot of vacant spots that they are looking to fill,” Mason said. “Here’s your chance.”

Johnstown Paper Co. is a for-benefit organization that sells toilet paper, facial tissue, paper towels, napkins and other products with the vision of using 100 percent of the profits to remove blighted properties and repurpose or donate the land for sustainable development.

Chad Gontkovic, CEO of Johnstown Paper Co., said on Tuesday, Sept. 18, 2018, that he plans to use profits from the sale of toilet paper to raz…

“Going into this, we had the goal of doing one house within our first year of being open, and it took about three months,” said Seth Gontkovic, the company’s chief logistics officer. “So, for 2019, we’re shooting for one each quarter. Right now, we’re looking at the end of March to do our next house.”

“We kind of want to under-promise and over-deliver.”

Profits earned by the company in the first three months of operating were enough to tear down a blighted property in Johnstown’s Old Conemaugh section.

Gontkovic said he and the team behind JPC would like to focus more on neighborhoods instead of individual houses, but for now will bounce around as needed.

“We would love to get to the point where we are working on all of the neighborhoods at one time,” he said. “We’re nowhere near that. It was a small handful of people that were able to get that first house down, a couple businesses as well that jumped in, but that’s just the tip of the iceberg.”

Gontkovic said that he has already experienced a few takeaways in the short time the business has been open.

“There’s hope in the town,” he said. “I think people get frustrated and they wish they had a way to contribute or do something that can help the town get on its feet again, and this is something easy that can be done.

“The people that we were hoping were out there – they’re out there,” Gontkovic said. “They’re jumping in, being a part of the solution. So we just want that to grow, and the more it grows, the faster it goes.”

Johnstown Paper Co. is located within the same property as Coal Tubin’ – a local river tubing and rafting outfitter. Coal Tubin’ relocated its operations from the Moxham section of the city to the Lincoln Center on Main Street in June.

Both downtown businesses are owned by Gontkovic’s brother, Chad Gontkovic, and his wife, Jill.

The decision to move Coal Tubin’ downtown was fueled by the expectation of growing the business, which has been in operation for nearly nine years.

The business offers changing stations and restrooms, storage for personal items and a permanent parking area – all of which were not available at the smaller Moxham site.

Seth Gontkovic, who also plays a role at Coal Tubin’, said it feels good to be a part of the resurgence taking place downtown.

“I love downtown Johnstown,” he said. “I just want to see more life pumped into it.”

Downtown Johnstown also saw the reopening of Coney Island Lunch, an iconic Johnstown eatery. The restaurant opened its doors to patrons for the first time in July, one year after former owner Sam Contacos closed the business.

Adding to the list of new businesses in the Johnstown area are Tulunes Steak & Alehouse, $2.49 Bake Shoppe, Yummy Teriyaki and Tap 814 – all located in the East Hills.

‘All the good stuff’

A variety of businesses popped up in downtown Johnstown last year.

Carrie’s Kitchen is a soul food and seafood restaurant located at 345 Main St. Owner Greg Jones said he has seen his fair share of challenges since his business launched.

“It’s tough,” Jones said. “Everybody wants this or everybody wants that, and then when you give it to them they don’t show up. And so you find yourself changing hours, which is not good, because you’re not consistent.

“This is a tough game, and I want to push it as far as I can, but at the same time I don’t want to be in the poor house trying to satisfy people who don’t show up.”

Jones said he has made changes to his menu and even the hours the eatery is open to offer breakfast items.

“And not one person comes through that door,” he said. “We sell some of the biggest pancakes you ever wanted to see – blueberry, strawberry, pecan, chocolate chip, cheesecake. We serve grits, fish and grits, shrimp and grits – all the good stuff.”

Jones’ restaurant has evolved with the demands of the community, he said, but it’s not reflecting on his bottom line.

“I’m still here, but for how long?” Jones said. “I always try to do something to better the community, but it’s not always received well. There comes a point where I have to ask myself do I want to keep on wasting money for something the community doesn’t want to support.

“And I don’t blame them,” he said. “It’s like any relationship. You can’t make them love you.”

Kutchman, a self-taught brewer, turned his weekend hobby into a business endeavor last year, and has since seen a steady flow of patrons.

Kutchman brews on site, serving up a variety of beers and homemade sodas.

The coal-themed brews include customer favorites such as Pick & Shovel, Jaggerbush, Candy Coal and Sulfur Crick. Root beer and cream soda have become popular soda flavors for those not looking to partake in an alcoholic beverage, Kutchman said.

Support from within the community has been “very good” for Kutchman’s Ebensburg business.

“The townsfolk and the borough itself are very much behind us,” he said. “They patronize us, they help us, they advertise some for us, so on and so on.”

Kutchman said his business venture has been quite the learning process.

“The biggest thing we learned from the beer aspect is all of the red tape that you have to go through in order to sell an alcoholic product,” he said. “Once I learned how to do everything that I needed to, it’s not that difficult. It’s just a matter of knowing what you have to do.”

Kutchman’s advice to others who may be thinking about starting their own business is to keep moving forward.

“It’s a lot of work,” he said, “but if it is truly a dream that they have, then it is definitely worth pursuing.”

Other openings in the Ebensburg area include Moonshine Mine Distillery, Rankin’s Rusty Scissors, Dumm’s Outfitters, and chain stores Taco Bell and Starbucks.

When it comes to Cambria County pathways, it’s not just about extending and connecting existing trails.