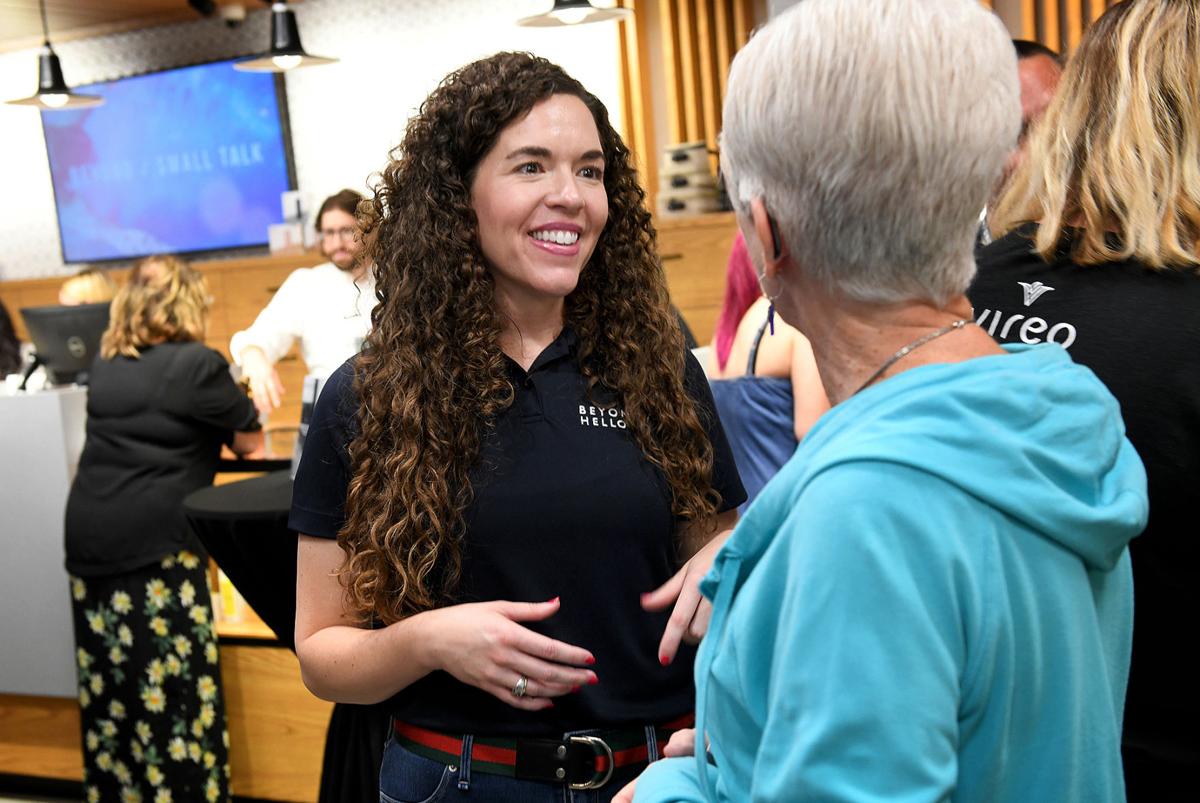 Blythe Huestis, Beyond/Hello president, talks with locals during an open house held at the medical marijuana dispensary in downtown Johnstown on Monday, July 22, 2019. 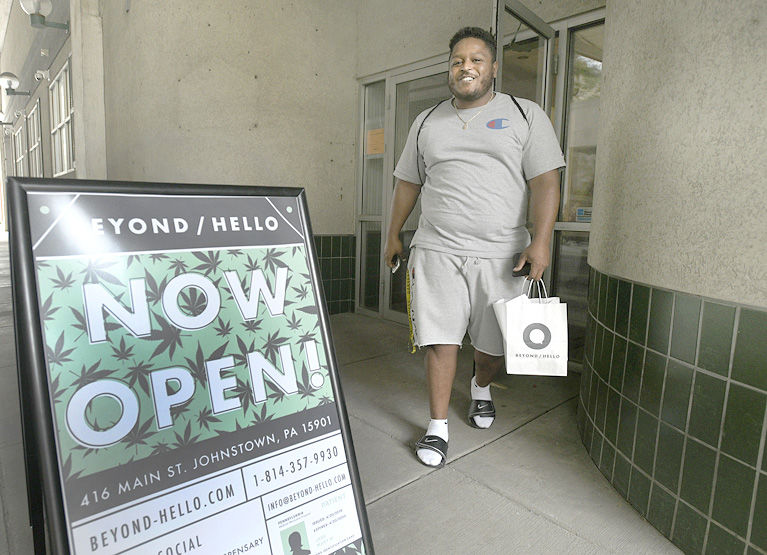 Shon Brantley walks out of Beyond/Hello, the first medical marijuana dispensary in Johnstown on Tuesday, July 30, 2019, with his prescription. 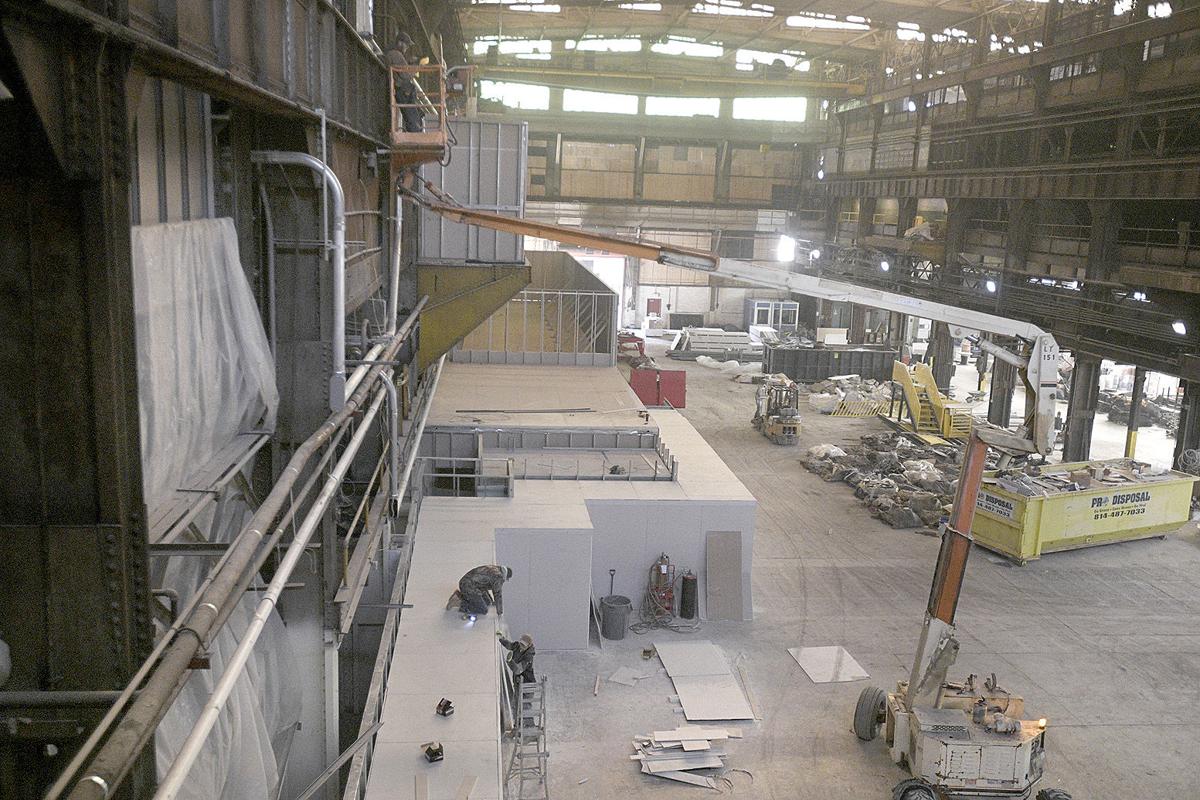 Subcontractors work on the sheet rock exteriors for new rooms at the Hanging Gardens Medical Marijuana facility in Johnstown on Tuesday, March 12, 2019. 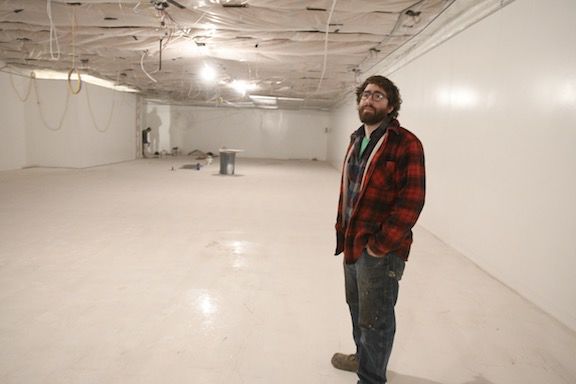 Blythe Huestis, Beyond/Hello president, talks with locals during an open house held at the medical marijuana dispensary in downtown Johnstown on Monday, July 22, 2019.

Shon Brantley walks out of Beyond/Hello, the first medical marijuana dispensary in Johnstown on Tuesday, July 30, 2019, with his prescription.

Subcontractors work on the sheet rock exteriors for new rooms at the Hanging Gardens Medical Marijuana facility in Johnstown on Tuesday, March 12, 2019.

These days, as the manager of Beyond/Hello in Johnstown, he’s still in the business of cultivating minds – educating people about what he sees as the benefits of medical marijuana in a region that still has plenty of “misconceptions” about the industry, he said.

“I think a lot of people still think we’re a marijuana store where you go buy a bag of weed,” Johnson said.

Both were given the Department of Health’s approval to begin selling state-approved products – dry leaf, tinctures and lotions among them – in recent months, with Beyond/Hello opening at the rear of 416 Main St. in July and Harvest at 339 Main St. in October.

Deborah Dides said Harvest’s Johnstown store continues to see many first-time customers – whether they are from the city, Somerset County or the Bedford area – who have just gotten medical marijuana cards and are stepping into a dispensary for the first time.

Others have been using products for awhile and are simply relieved that they don’t have to travel far for medicine, said Dides, the shop’s manager.

“We’re still getting a lot of people coming in because they just found out we are here,” Dides said. “A lot of them are coming from the Cambria, Somerset and Bedford areas – but we’re also seeing people come from different parts of the state, too.”

Dides said she came to Harvest – and now Johnstown – after previously spending 20 years working for a retail pharmacy chain in eastern Pennsylvania.

Beyond/Hello, which has been building its customer base since the summer, currently employs 18 people, including three pharmacists.

In Pennsylvania, residents with one of 23 qualifying conditions – including anxiety, epilepsy and multiple sclerosis – can purchase medical marijuana.

To do so, an applicant must obtain verification from a physician that he or she suffers from one or more of the ailments and then complete a registration process required to pay for a medical marijuana card.

As of January, 253,000 people had registered for the medical marijuana program – double the January 2019 total and up from 180,000 people in August, state Department of Health officials have said.

Johnson said chronic pain and anxiety remain the top two reasons people are turning to medical marijuana – a trend that seems to be holding true across the state.

With both dispensaries opening in Johnstown last year, the city is now one of a handful across Pennsylvania with two licensed locations.

Officials with Harvest and Beyond/Hello said they believe there’s room for both to succeed.

“We look at competition as a good thing,” Harvest’s head of corporate communications, Alex Howe, said, adding that it gives Johnstown “better exposure” for the community of medical marijuana users.

“Having more than one dispensary ... means people have a choice,” Howe said. “It’s up to us to make their decision easier for them by providing the best possible experience.”

Beyond/Hello has a similar outlook, according to Johnson, a Johns-town Christian School graduate and former English teacher who also was employed as a social worker before joining Beyond/Hello.

Staff at Beyond/Hello’s dispensary aim to grow their business through personal one-to-one interaction and service, he added.

“I thinks there’s room for both (dispensaries) – and that’ll be proven over time. With the state’s program being young, there are more and more people choosing to be card holders every day,” Johnson said. “Now that medical marijuana is available, people are seeing that the sky isn’t falling ... and that there are products working for people just as well as the prescriptions they were taking, sometimes even better.”

Multiple attempts to reach the company’s executives, including Chief Operation Officer Ethan Moon, for an update on the company’s progress were unsuccessful.

The company has continued hiring in recent months, most recently accepting applications for lab technicians.

But as of Feb 18, the company had not yet started shipping products, Department of Health Secretary Nate Wardle said.

Hanging Gardens isn’t alone in that regard. Of the 13 companies awarded grower/processor licenses in 2018, just four are shipping products, Wardle said.

A total of 10 – Hanging Gardens included – have approval to cultivate plants and develop products inside their spaces, while three more license recipients have not passed final inspections required to operate at any level.

Area hospitals are taking a variety of approaches to the financial challenges of delivering health care.