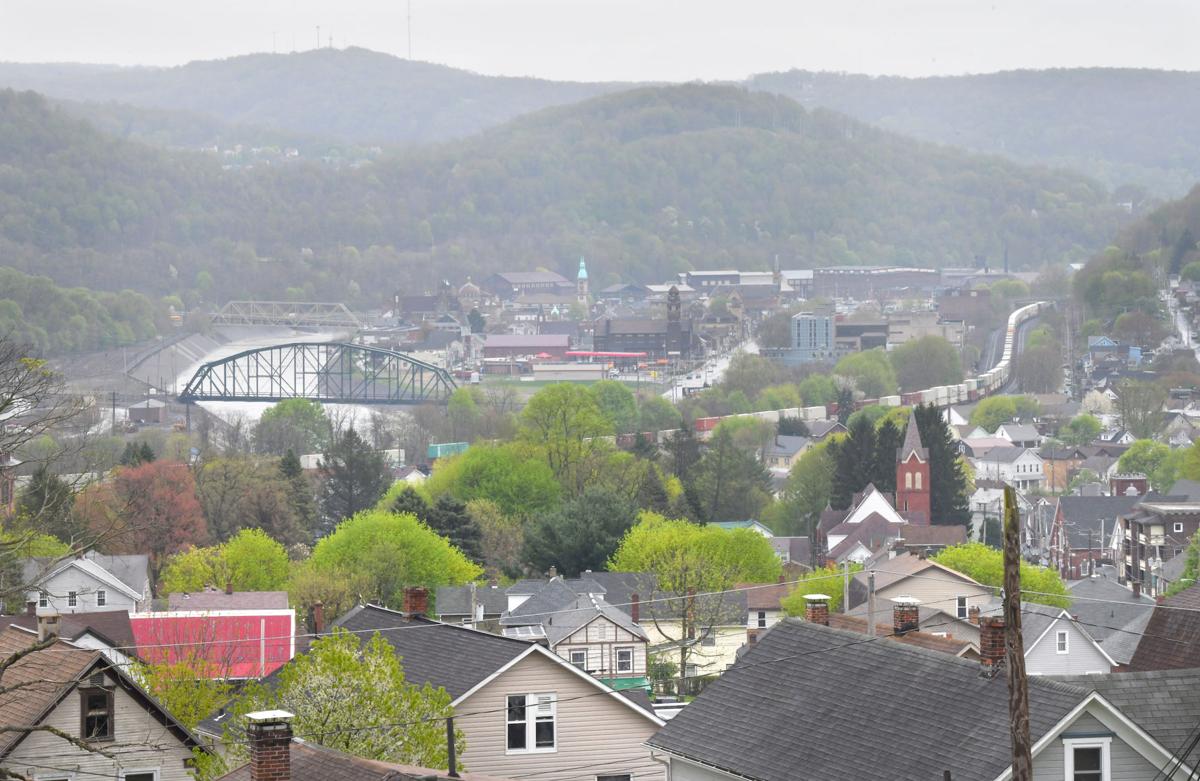 A view of the Cambria City section of Johnstown is seen from the West End neighborhood. April 25, 2019. 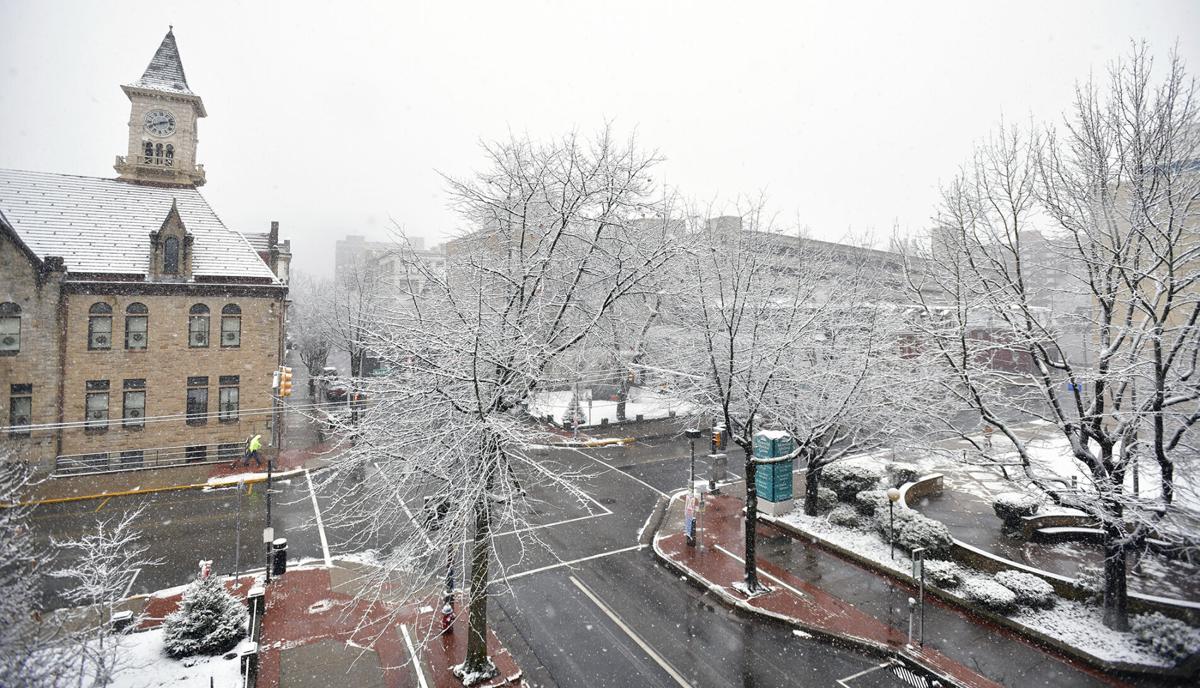 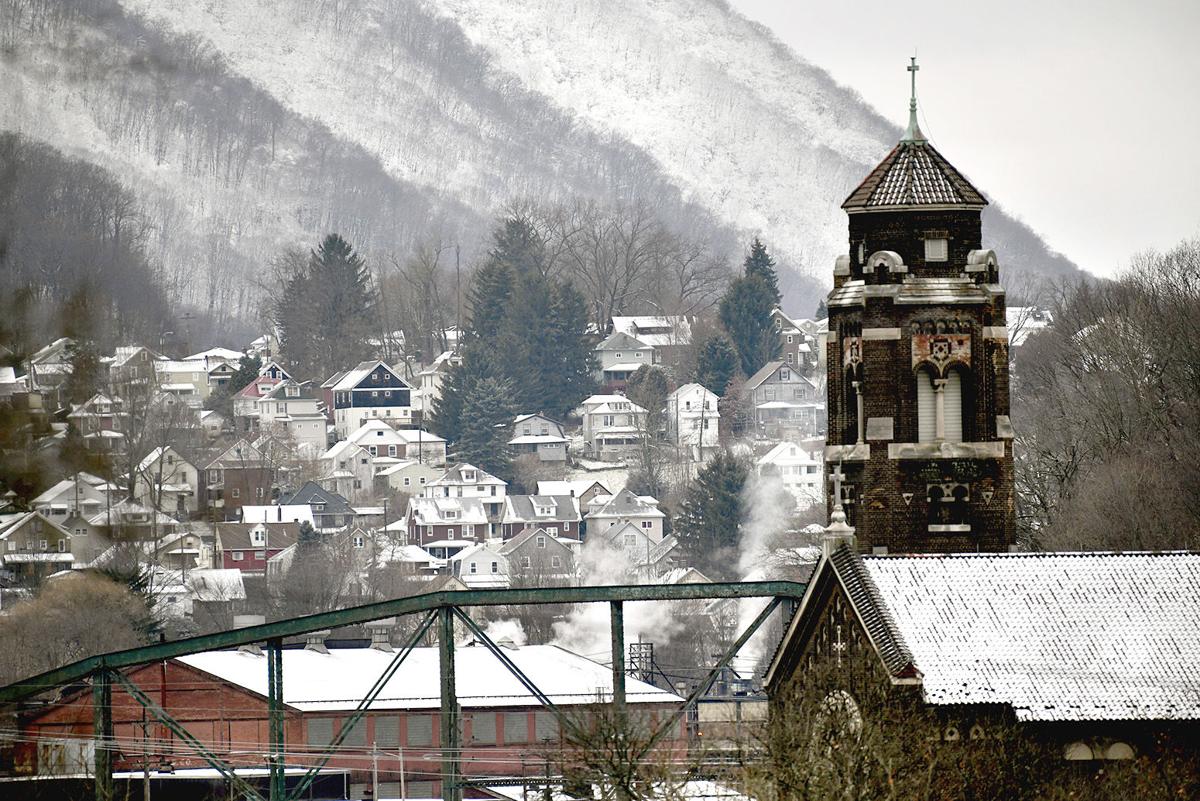 Fresh snowfall creates a winter postcard view of Johnstown’s West End with the Conemaugh Gap in the background on Tuesday, Dec. 3, 2019. Wednesday’s forecast calls for cloudy skies and snow accumulating 1 to 2 inches.

A view of the Cambria City section of Johnstown is seen from the West End neighborhood. April 25, 2019.

Fresh snowfall creates a winter postcard view of Johnstown’s West End with the Conemaugh Gap in the background on Tuesday, Dec. 3, 2019. Wednesday’s forecast calls for cloudy skies and snow accumulating 1 to 2 inches.

“It’s gorgeous,” she said, “and it’s close to metro areas in Pittsburgh and D.C. It’s a crazy mix. I found Bedford just by looking at doing different research for places that could have a hip, young luxury camping vibe.”

The retreat offers designer cabins and opportunities for outdoor recreation from snowshoeing to campfires.

“For people from D.C and other cities, it's a special experience,” she said. “A lot of our guests are from D.C.”

Weekends are often sold out, she said. River Mountain attracts couples, solo travelers and friend groups and families, she said.

“Some folks will show up wearing heels straight from work,” she said. “There's a lot of people in metro areas saying, ‘Let’s get outdoors.’ People want to get into the country. With COVID, people are realizing that.”

Local economic development leaders are also realizing that the pandemic is driving people to the region’s outdoors. And those business leaders want to send a message that visitors are welcome to stay. A concerted effort to incentivize professionals to move to the Cambria and Somerset county region is gaining steam.

For an increasing number of people, their home has become their workplace. And as long as high-speed internet is available, they can move to a place with outdoor recreation and more space – and often a lower cost of living.

Leaders of the Cambria Regional Chamber of Commerce and the Community Foundation for the Alleghenies are promoting the Johnstown region as a place that checks all of the boxes for people who want to move from larger metropolitan areas.

For guidance in promoting the Choose Johnstown campaign, local leaders have hired Deborah Smith Cook, founder and CEO of Atheseus, a Washington, D.C.–based company that helps organizations solve problems such as how to attract a remote workforce. ​

“I’m really excited by the research Deb Cook has done,” Cambria Regional Chamber of Commerce President Amy Bradley said. “The more she digs in, the more it shows us this has great potential. Our community is just what people are looking for.”

Bradley said Choose Johnstown committee members met with Cook, whose message was that there is an ongoing movement of people from cities to smaller towns that are more rural and less expensive.

“Those trends all really working to our favor in Johnstown,” Bradley said. “What Deb has done for us is show how Johnstown compares to similar places with a mountain-town feel, as well as bigger cities. For example, compared to Alexandria, Virginia, Johnstown is 53% less expensive, considering housing, transportation, child care and and taxes. Johnstown is 21.5% cheaper than Baltimore and New Jersey.”

“I think Deb’s work also really focuses on what’s coming next,” he said, “which is not complete, but which is to develop a communications strategy and incentive package to attract remote workers.”

Campaigns to lure remote workers has worked for other cities in states including Vermont and Arizona. Choose Johnstown is following those examples by putting together cash incentives and social incentives, Kane said. Cook has provided information on what’s worked for other communities.

“We are working on incentives to introduce people to the area’s outdoor activities, civic groups, tours of neighborhoods and trails,” he said. “We are preparing to welcome people and show them the advantages of the community.”

Kane said the Choose Johnstown committee has set a deadline of April 1 to have an incentive package ready. Businesses interested in participating should reach out to the Chamber of Commerce, he said.

“We want to include memberships to gyms, tickets to arts centers, tickets to sports games,” Bradley said. “The idea is to get these folks here. Get them engrained and that will lead to more business for small businesses.”

There are specific criteria Choose Johnstown is seeking in candidates.

“We are looking for a minimum $60,000 salary,” Kane said. “If we get 10 or 20 people over the next 12 months, that’s the equivalent of bringing a small business into the community. And they will come with partners, so that means people are opening bank accounts, shopping in stores. In terms of economic development, it’s worth it.”

Geographically, the Choose Johnstown campaign is focusing on drawing people from the East and West coasts as well as Washington, D.C., Bradley said.

“We know there has been migration away from either coast,” she said. “We want to catch their eyes through social media, and traditional media. We hope this campaign will be pushed out in a couple of ways. We know this is realistic undertaking.”

“Everybody has been working from home because of COVID-19,” William said. “People realized companies are going to continue that. So what we are seeing is that people who don’t want to live in big cities, or in other cases they are retiring and want to move back to areas that are less expensive and less congested.”

Lease said he is finalizing a contract with a person who lives in Indiana state and works at home. His parents are aging and he wants to be back in his hometown.

Inventory in small markets including Johnstown is at a record low, he said.

The inventory is low in part because fewer people are leaving town, he said.

“People decided to stay in homes and remodel them in the past year,” he said.

High demand for houses is also driven by low interest rates resulting from actions taken by the Fed in response to COVID-19.

“I’ve been in business 35 years,” he said, “and I’ve never seen inventories this low.”