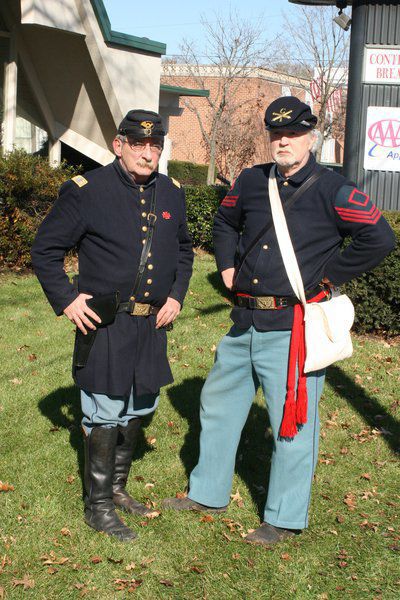 Gary Carter, left, and Jim Goldsworthy pose as Union Army officers in 2012. The close friends traveled to Gettysburg, Pa., on numerous occasions, where they visited the battlefield as living historians. 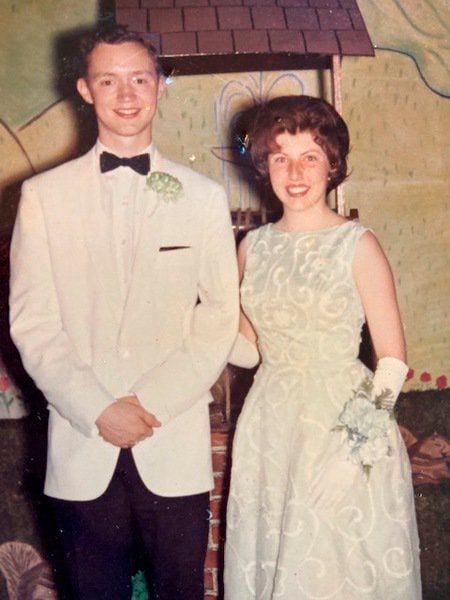 Gary Carter, left, and Jim Goldsworthy pose as Union Army officers in 2012. The close friends traveled to Gettysburg, Pa., on numerous occasions, where they visited the battlefield as living historians.

CUMBERLAND — Like countless other Cumberland Times-News readers, Jim Craze didn’t know James “Goldy” Goldsworthy personally, but felt as though he did.

Goldy, who worked for the newspaper family for a half-century as a reporter, columnist and editor, died at his Keyser, West Virginia, residence a few days ago.

“Many years ago I left my hometown of Frostburg to serve in the Air Force,” Craze said. “I yearned for a touch of home as my travels took me halfway around the world.”

He found that much needed homesick remedy through the Cumberland Times-News.

“After separation from the service I moved home to assume a career, eventually settling in Greenbelt, Maryland working for the police department. Job opportunities in Western Maryland were not robust at the time, a condition that caused migration by many,” Craze said. “All the while, since the day I left home, I have kept my finger on the pulse of regional life through (CTN). Being a sports and outdoors person, I particularly enjoyed Suter Kegg’s and Mike Sawyers’ columns.”

“His Garrison Keillor-type homespun humor and unique life’s perspectives made his column my go-to reading when I opened the paper, and, in later years, the computer,” Craze said. “I wish I had known him. Those of you who did were blessed.”

Here is what some others said:

“On April 23, 2017, I was mentioned in Jim’s column with Goldy’s Rules #125 & #128 applying to me. I was his ‘two-time prom date.’ We were two of a group of friends who met at Romig’s Drug Store in Keyser after school and ‘cruised’ the town creating our own ‘Happy Days’ experiences back in the ‘60s. We didn’t realize the history we were living. I have attached the photo of us from 1965, Jim’s senior prom. I was in the Class of 1966. We had attended the previous year’s prom as well … I married another of my high school sweethearts, who will be honored to play ‘Taps’ for Jim (Goldy) as he is laid to rest. My Jim (Chaney) and I reconnected with Goldy a few years ago and renewed a great friendship. We loved his writings, his patriotism and love of family.” — Beverly “Bev” Wilson Chaney, Keyser, West Virginia

“My heartfelt condolences to the staff of the Times-News on the passing of Jim Goldsworthy. Even though I had never met him personally I felt like I knew him well, from his columns each Sunday in the newspaper. He had a real gift for words and situations, to paint a picture of a situation that you felt like you were there.” — Ann Porter, Cumberland

“I remember Goldy from my time as a Frostburg State intern in 1983-1984. He was a kind, jolly soul, whose jokes, laughter and quick wit made it a joy to work as a journalism intern. I learned so much from him. I remember he kept a box of misprint spelling and grammar errors that were often hilarious. His grammar and composition skills were impeccable, and, although I went into education instead of journalism, the tips he taught me have been very helpful in my life. Goldy was one of a kind!” — Brenda Lashbaugh (Bridges) Ayers, Romney, West Virginia

“When I heard about Goldy’s passing, it was like a light went out. Seeing how many lives he’s touched, it’s like the light came back on. Every January I would tell him ‘Happy Birthday’ and remind him that for the next three months, he would be older than me. He would always say, ‘Let’s hope it stays that way!’ Now I guess I’ll be the older one, for a while, at least.” — Alison Bunting, CTN correspondent and former staff writer

“I LOVED Goldy’s stories in the Sunday paper. Usually read that first. One hell of a storyteller. What a wonderful life!” — Brenda Robey, Cumberland

“A friend of mine from Ridgeley messaged me about Jim’s passing, so sad. Goldy was truly one of a kind and I will always cherish the article he wrote and published on May 12, 2019 titled as only Jim could do, ‘Hey Mom! Look at what the cat dragged in!’ You see my brother had just passed and Goldy and Jeff had been buddies for a long time. That article brought back so many memories for me. He ended the article, ‘I can hear Jeff’s laugh any time I want to, just by closing my eyes and time-traveling back 45 years. Someday, but not too soon, I hope to hear it again in person.’ Sadly a little over a year later that day has come.” — Greg Nealis, Lock Haven, Pennsylvania

“I was probably one of the last persons to talk to Jim outside of the CTN staff. I thanked him for always running my letters on the editorial page. Jim has always been a good friend of our family. His father was principal of Keyser High School where my wife taught. And Jim’s mother also taught with my wife. I knew his uncle Abe who cut my hair. I also knew his cousin Craig who is now deceased and his cousin Cindy. As you can see his family and my family go way back. We will always remember Jim and miss him dearly.” — David Shapiro, Keyser, West Virginia