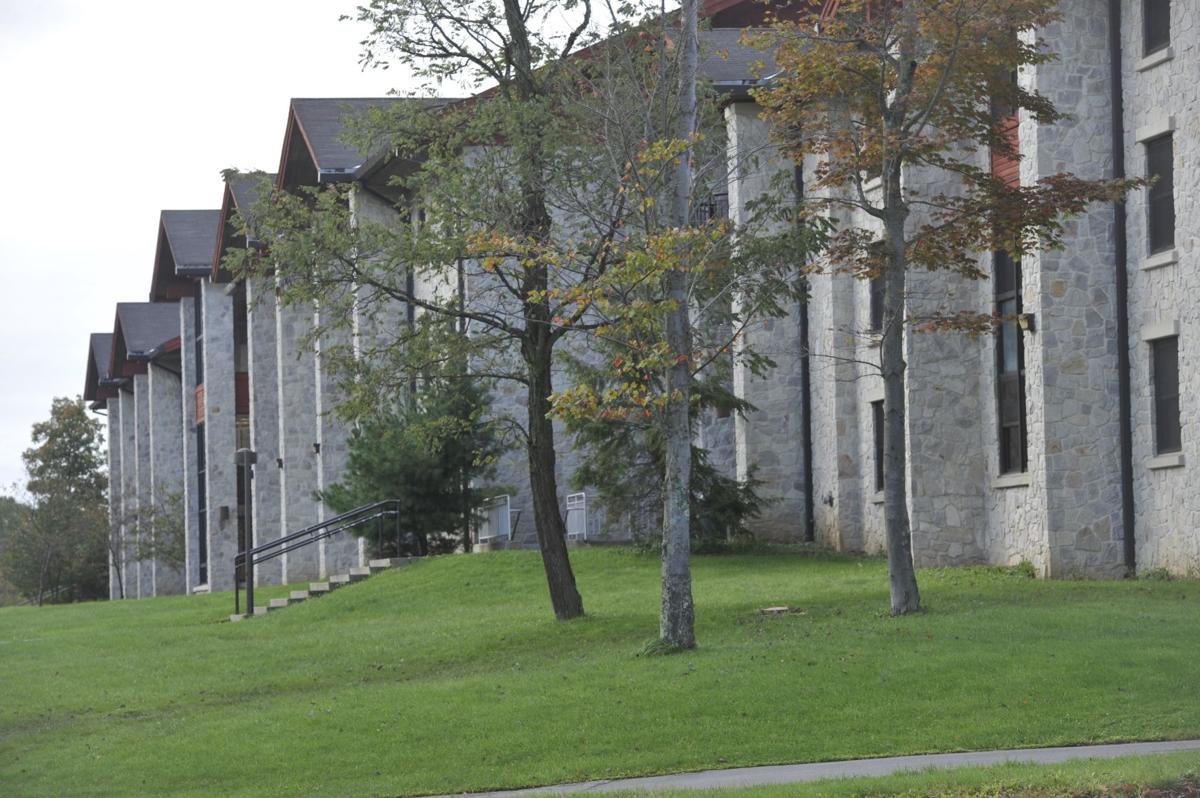 Mold was discovered at the Living/Learning Center dorms on the campus of University of Pittsburgh at Johnstown. Tuesday, Oct. 16, 2018. 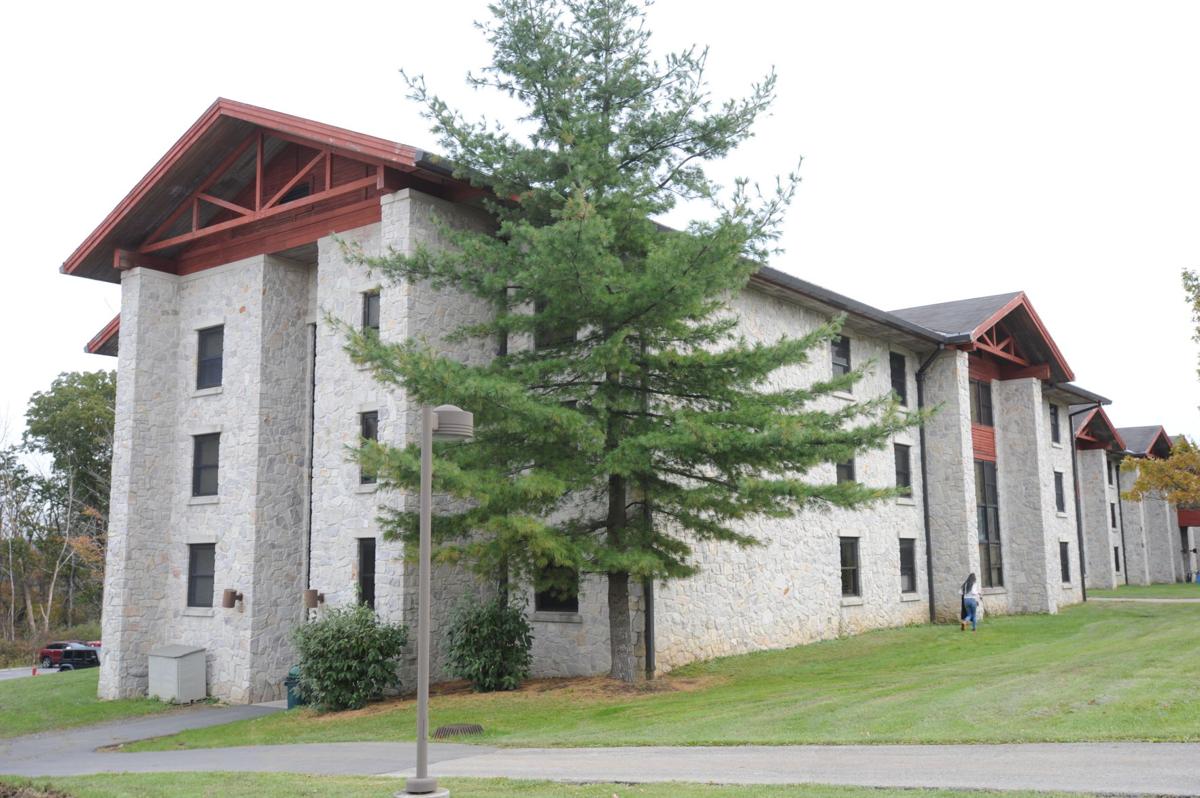 Exterior of Living/Learning Center dormitory, which has had mold problems, on Thursday, Oct. 25, 2018, at the University of Pittsburgh at Johnstown campus.

Mold was discovered at the Living/Learning Center dorms on the campus of University of Pittsburgh at Johnstown. Tuesday, Oct. 16, 2018.

Exterior of Living/Learning Center dormitory, which has had mold problems, on Thursday, Oct. 25, 2018, at the University of Pittsburgh at Johnstown campus.

Water leaks discovered inside the first floor of the University of Pittsburgh at Johnstown's Living/Learning Center are being repaired – and steps are being taken to reduce moisture levels that have been enabling mold to grow in the residence hall, college officials said Thursday.

Signs of surface mold and air-quality issues that accompanied the growth have been abated, but out of "an overabundance of caution," work continues inside the rooms to prevent the problem from returning, Pitt-Johnstown President Jem Spectar said.

With much of the summer and fall being humid and wetter than normal, mold inside local buildings has been a frequent headline across the region in recent months.

Pitt-Johnstown officials said last week that they relocated students from 16 first-floor Living/Learning Center rooms to freshman dormitories and the Quality Inn after mold concerns were reported in early October.

Eric Sloss, the college's executive communications director, said that raised concerns because it was the second time in approximately six weeks that mold-related air-quality issues were found inside those rooms.

He said the rooms were cleaned prior to the start of the school year.

And in a press release Thursday, school officials said the mold remediation company Servpro was hired to clean every room in the building between Sept. 8 and 11.

When air-quality checks indicated "higher than normal" moisture levels inside the 16 rooms on Oct. 6, students were moved, the two-page release added.

In the nearly three weeks since, Servpro contractors and members of the University of Pittsburgh's health and safety department have been working to remedy the problem.

Rooms are being "reconstructed" to repair leaks found inside that section of the building and dehumidifiers, which work to reduce moisture for interior spaces, have been added throughout the Living/Learning Center, Sloss said.

Pitt-Johnstown officials did not provide a list of the mold types that were found inside the building, but said they were common, non-toxic "surface molds" that can often be found inside structures when conditions are present.

Leaky faucets, damp wood or paper, or old loaves of bread can all create an environment for mold spores to multiply and grow.

According to the Environmental Protection Agency, coming across such molds isn't harmful. But repeated or ongoing exposure to them in enclosed areas can cause "allergic responses" such as headaches, sneezing, skin rashes and other hay fever-type issues.

For people with asthma, it can trigger attacks, the agency's website, EPA.gov, shows.

Students, who have been reimbursed $1,000 for the inconvenience of being relocated to different rooms, are all being moved back onto campus where different rooms await them, college officials said.

NANTY GLO – Work to remove mold discovered in the basement of the Cambria County Courthouse will begin soon, following unanimous approval of a…

HEITZENRATER[mdash] Brian Earl, 62, Nanty Glo, passed away June 30, 2020. He was born April 27, 1958 in Indiana. He was the son of the late Earl and Thelma (Walker) Heitzenrater. Brian was survived by his wife of 39 years Mary Lynn Heitzenrater, Nanty Glo, Daughters Dana (Jason) Becker, Dune…