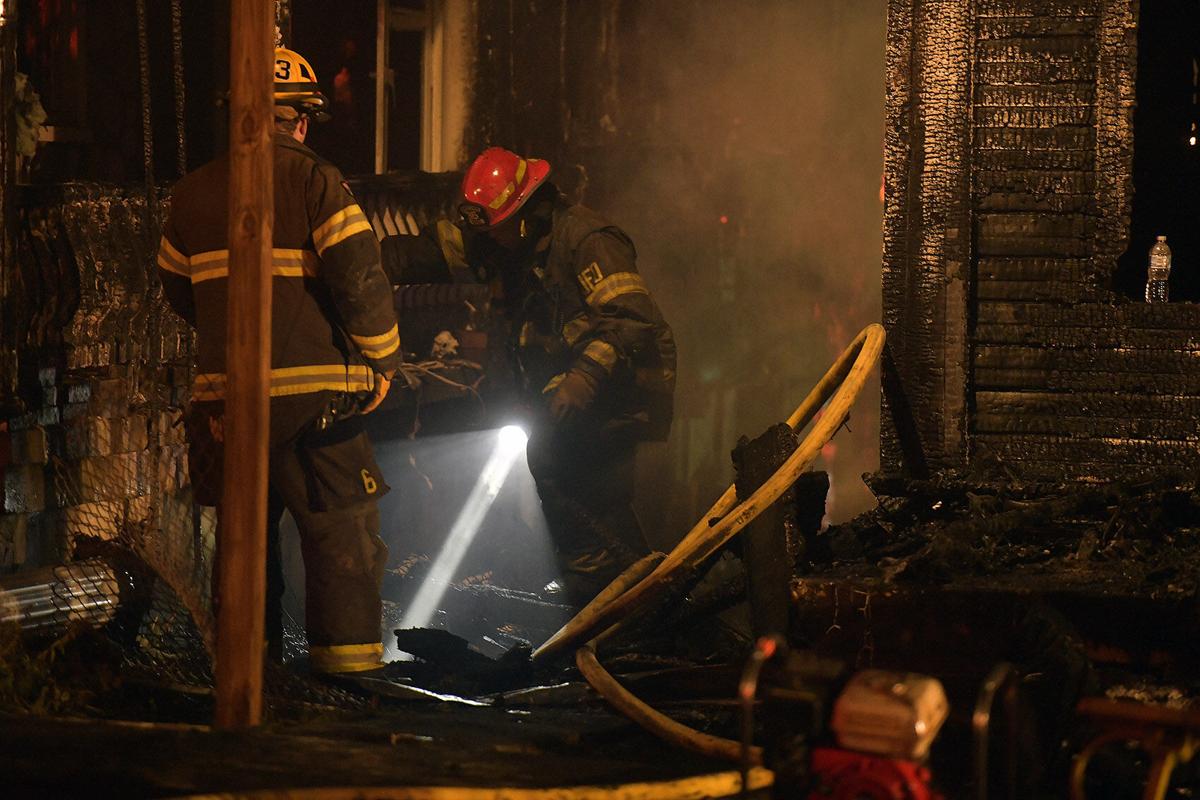 Johnstown firefighters search inside the home at 700 block of Highland Ave. in Moxham on Wednesday, September 29, 2021. 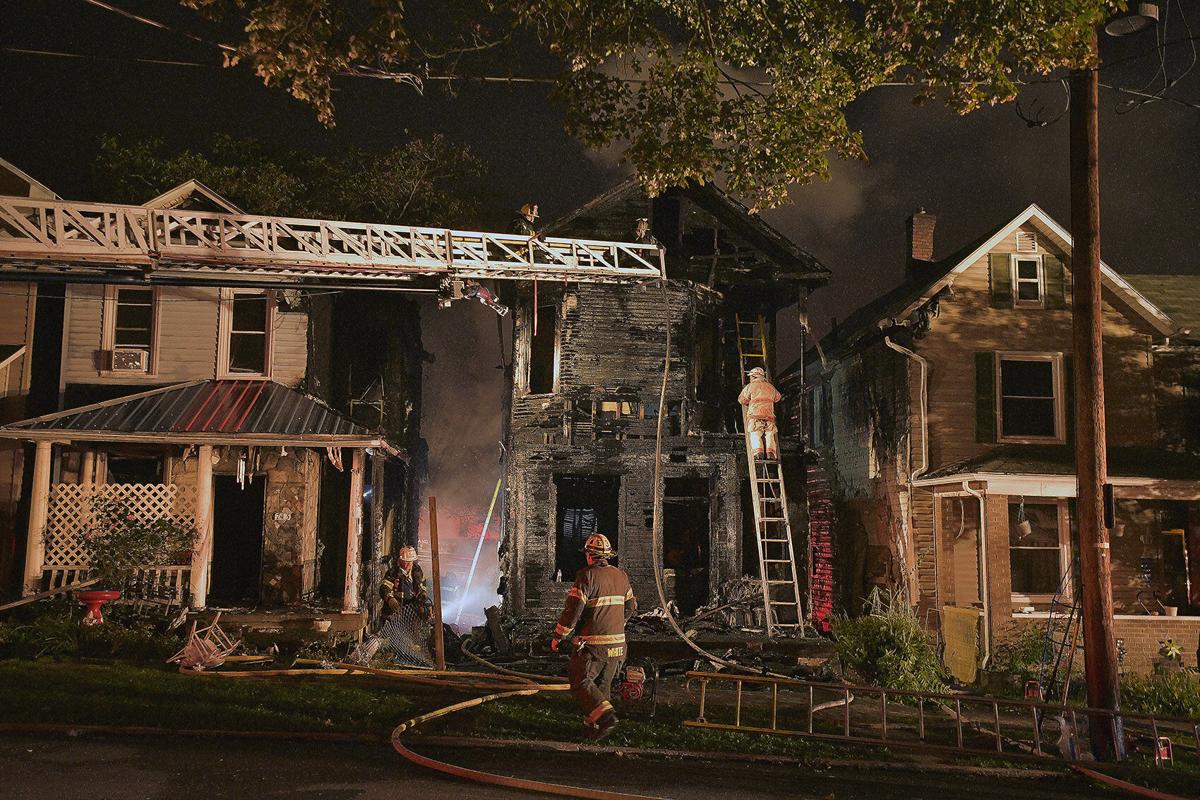 Firefighters from Johnstown and West Hills at the scene of a fatal fire along the 700 block of Highland Avenue, in Moxham on Wednesday, September 29, 2021. 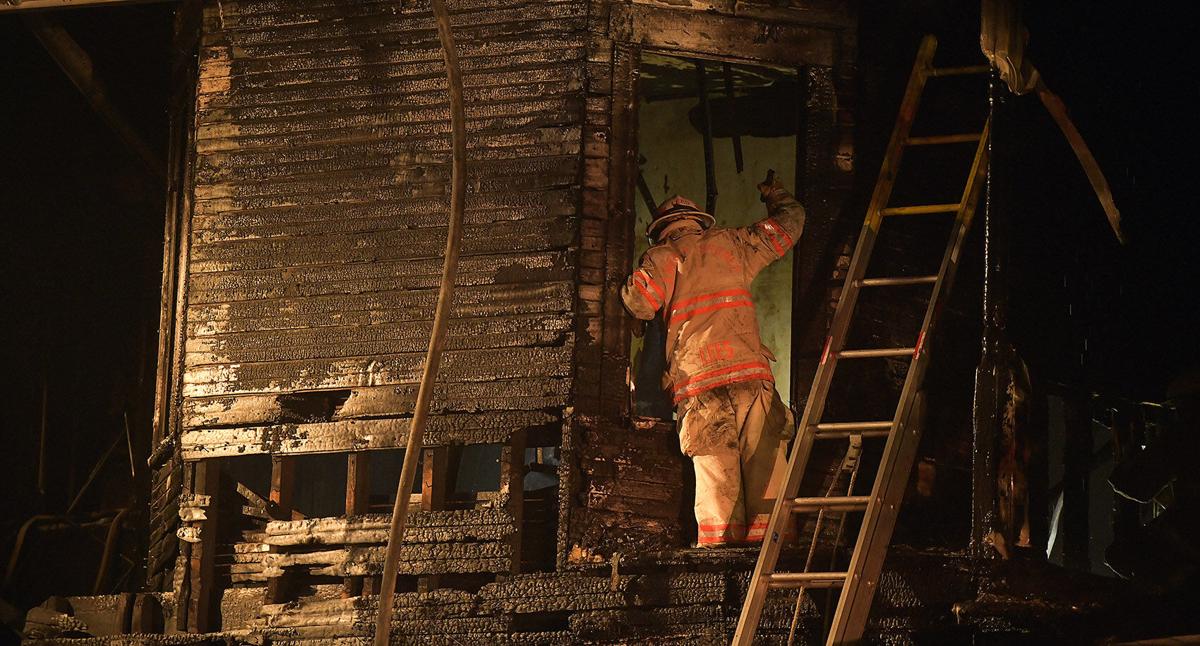 Cambria County Coroner Jeffrey Lees looks into the fatal fire scene at the 700 block of Highland Ave., in Moxham on Wednesday, September 29, 2021.

JOHNSTOWN, Pa. – A child and a teenager died in a fast-moving fire that gutted a two-story house on Highland Avenue in Johnstown’s Moxham neighborhood early Wednesday.

When firefighters arrived to battle the 1:30 a.m. blaze, they found three homes on fire.

Six people lived in the home where the fire started. Four got out, with one transported to Conemaugh Memorial Medical Center, Cambria County Coroner Jeffrey Lees said.

“One child was found dead on the second floor, and we had a teenager who was just pulled from the first floor,” Lees said Wednesday morning.

Identities of the victims were not released.

“It was very difficult to get to the individual because of the roof and the second floor collapsed onto the first floor,” Lees said.

Autopsies on the two victims were scheduled for Wednesday.

DNA and dental records may be needed to confirm their identities, Lees said.

“It was a very fast-moving fire,” he said.

A state police fire marshal was at the scene taking photographs to determine the cause.

Neighbor Brandon Offman said he awoke to find the house across the street in flames and called 911.

“I heard a boom,” he said. “I ran out in my bare feet and called 911. I said there was a fully involved structure fire with entrapment.

“I stood in front of the house and screamed because I was going to run in there in my bare feet,” Offman said.

“I’m going to remember this day for the rest of my life.”

Wednesday's house fire that killed two juveniles in the Moxham section of Johnstown has been ruled an accidental electrical fire, authorities said.