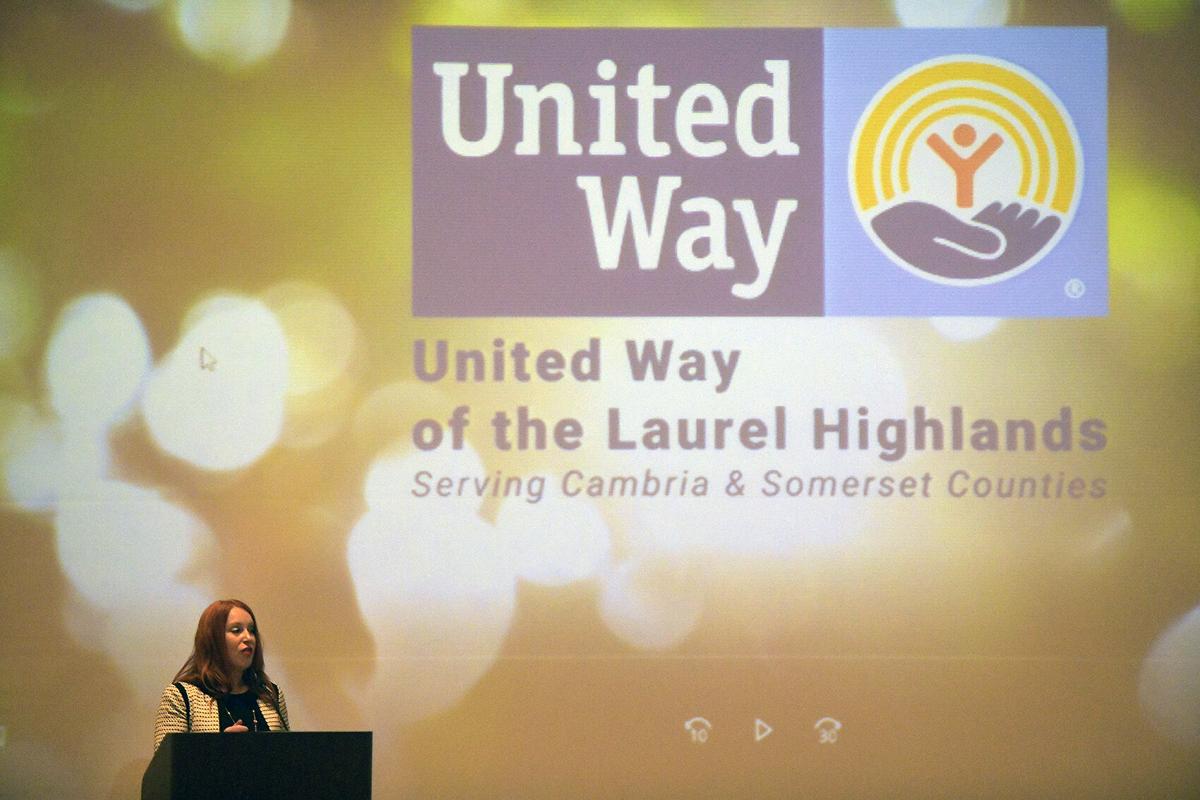 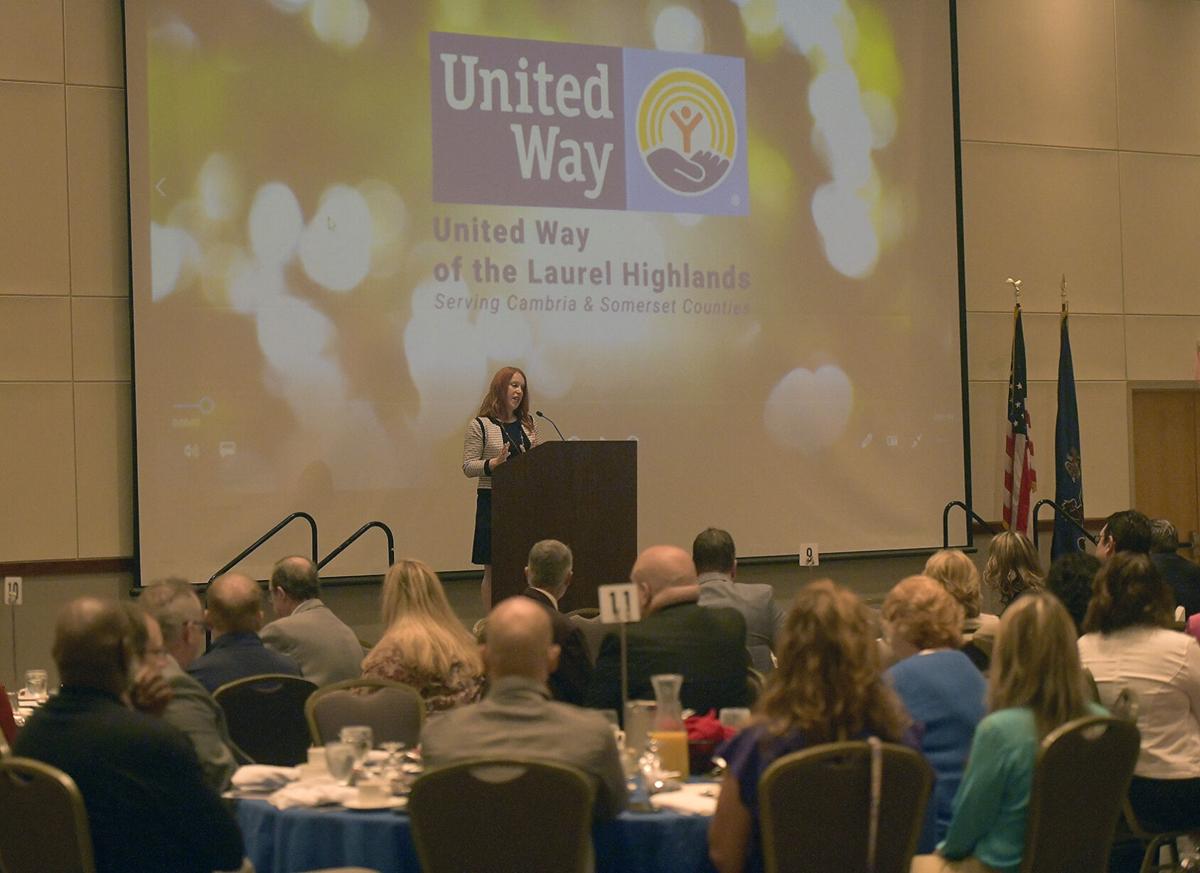 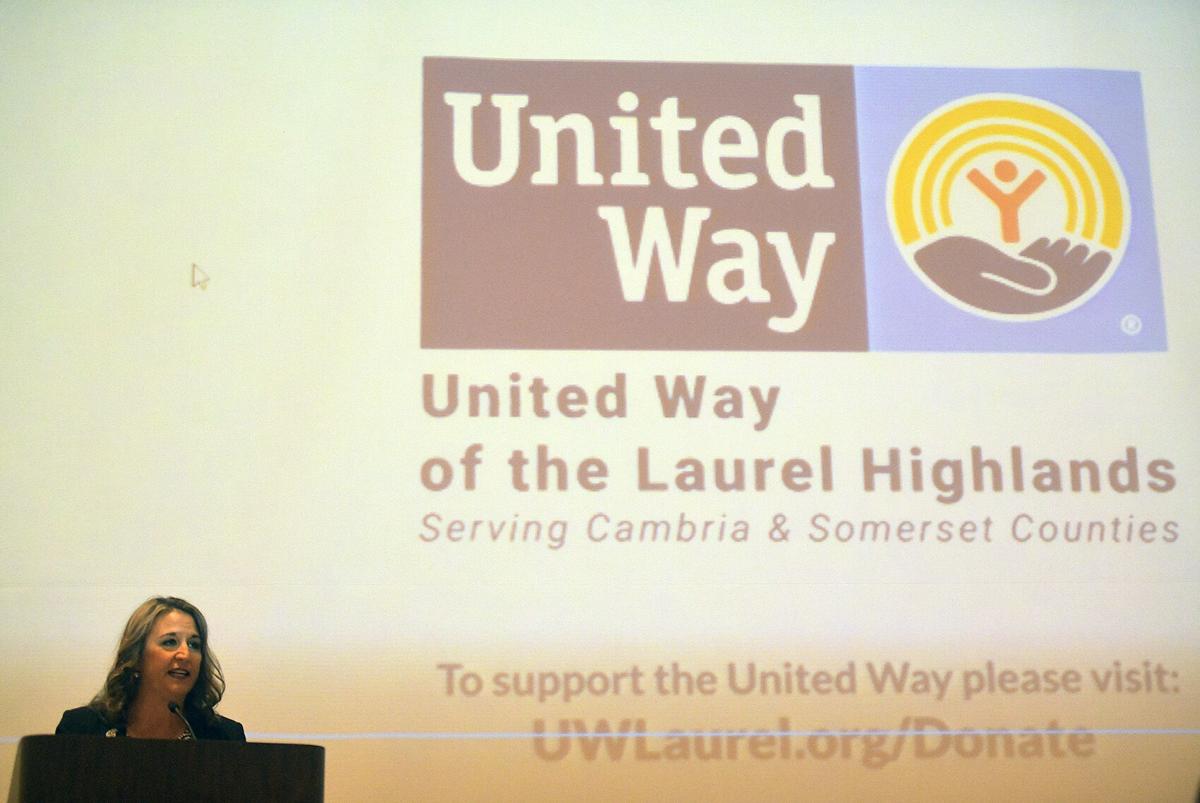 Amy Arcurio, superintendent of the Greater Johnstown School District, speaks during the 2021 United Way of the Laurel Highlands kickoff breakfast on Wednesday, Sept. 15, 2021.

Amy Arcurio, superintendent of the Greater Johnstown School District, speaks during the 2021 United Way of the Laurel Highlands kickoff breakfast on Wednesday, Sept. 15, 2021.

Carrying nothing but the clothes on their backs and their belongings in a trash bag, a mother and her child moved to housing in Johnstown to escape domestic violence.

Greater Johnstown School District Superintendent Amy Arcurio related that story and said she wished that was an uncommon situation for the school district’s students.

But it’s not. It’s even known within the school district as being “linoleum poor” – having nothing but the linoleum under their feet.

Arcurio said that’s why United Way of the Laurel Highlands’ funding campaign that kicked off Wednesday is crucial.

About 100 people, including donors and agency leaders, attended a breakfast at the Frank J. Pasquerilla Conference Center to mark the start of the 2021 campaign season.

United Way’s goal is to raise $1.15 million, which will be given back to Cambria and Somerset counties through 30 agencies, including Greater Johnstown School District.

Arcurio said the district provided clothes, food and furniture for the family she spoke about. That student today, she said, is a certified nursing assistant, married and has a daughter “who does not have her whole world in a green garbage bag.”

“We are looking forward to again raising funds to distribute to our partner agencies,” he said.

The results of United Way’s effort to raise $1.15 million will be announced in June.