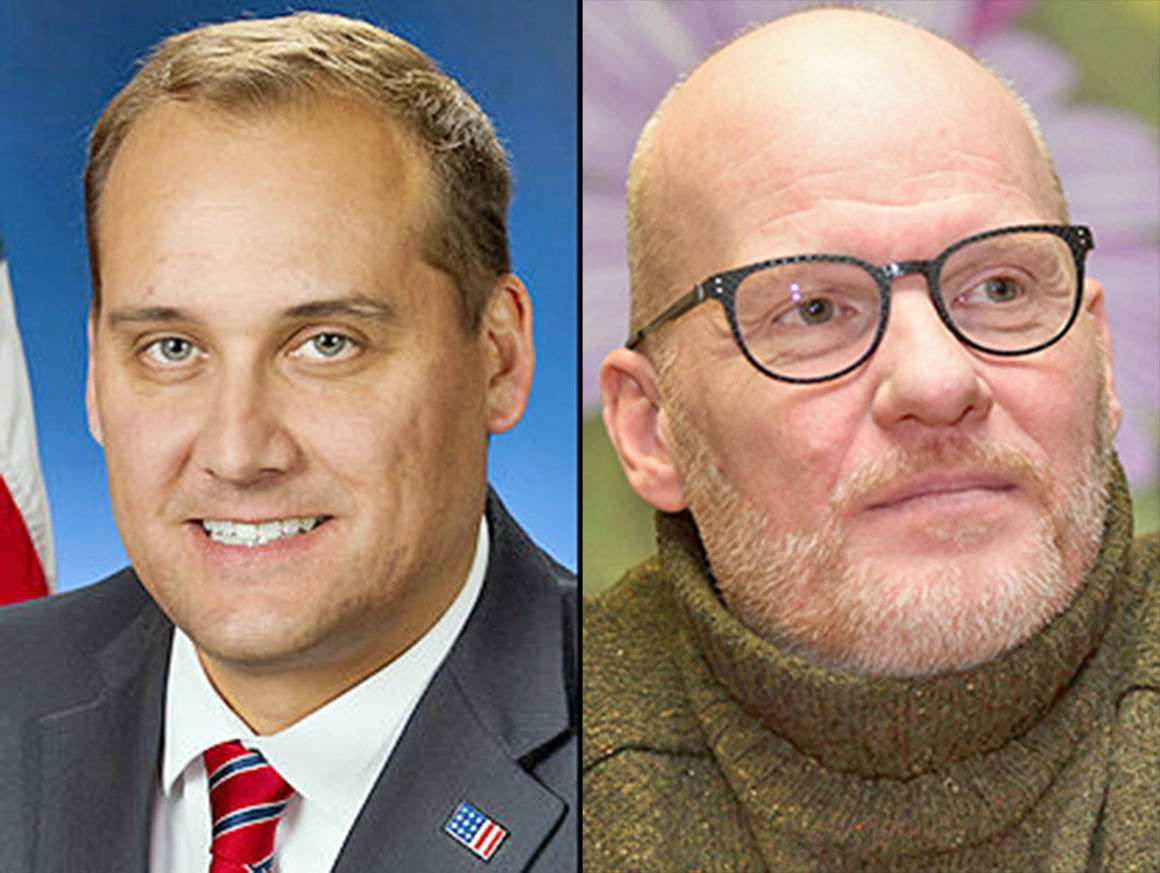 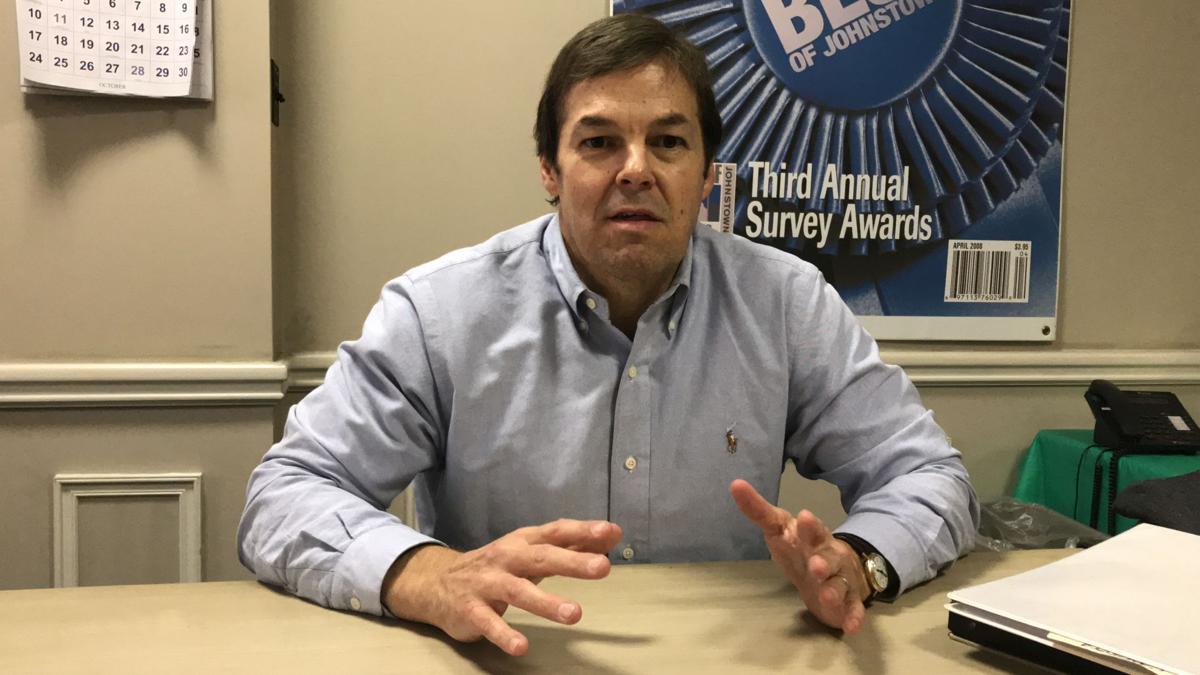 Todd Rowley talks to a reporter on Friday, Nov. 1, 2019, at The Tribune-Democrat office in Johnstown, while announcing he is running for Pennsylvania 13th Congressional District.

Todd Rowley talks to a reporter on Friday, Nov. 1, 2019, at The Tribune-Democrat office in Johnstown, while announcing he is running for Pennsylvania 13th Congressional District.

The two members of the Pennsylvania General Assembly who represent Johnstown – state Sen. Wayne Langerholc Jr. and state Rep. Jim Rigby – have emphasized the importance, in their opinions, of carrying out ongoing litigation involving vote counting in this year’s presidential election.

Democratic nominee former Vice President Joe Biden currently leads President Donald Trump, a Republican, by more than 70,000 votes in the commonwealth. Biden has been projected the winner in the state and for the entire race by all major news outlets.

Trump and other Republicans continue to contest the results in a handful of close battleground states, including Pennsylvania, two weeks after Election Day.

When asked if he thought the cases in Pennsylvania suggested fraud, conspiracy or crime – compared to common voting irregularities that happen – Langerholc, a former Cambria County assistant district attorney, said, “I can’t really comment on some of that litigation because I’m not a party to those actions as far as what is being litigated. I don’t really want to – I guess – really speculate on that. It’s up to the courts and to the attorneys that have filed the litigation.”

Two Democratic candidates who ran for offices that represent Johnstown – and lost by sizable margins – feel the results are clear.

“I Ran For State Senate. I Lost. “Bigly”, Actually! No Fraud! Time To Move On!” tweeted Shaun Dougherty, who fell to Langerholc by almost 60,000 votes throughout Cambria, Bedford and Clearfield counties.

Todd Rowley, who was unsuccessful in his bid to unseat U.S. Rep. John Joyce, R-Blair, in the 13th Congressional District, agreed that “of course, all votes must be counted. Pennsylvanians and the American people must have confidence that when they participate in our electoral process that their vote will count. If there is credible evidence of fraud or irregularities in that process, they should be pursued and resolved.”

But he also alluded to the size of Biden’s projected 306-232 Electoral College victory and an approximately 300,000 vote total difference in the states where lawsuits have been filed – Pennsylvania, Georgia, Arizona, Nevada, Michigan and Wisconsin.

“With the reported lead margins in key battleground states (+50K in Pennsylvania), it is critical that President-elect Biden begin receiving the intelligence briefings and GSA support as part of the transition process,” Rowley wrote in a direct message, referring to the General Services Administration, an independent governmental organization that has yet to certify Biden the winner, which would enable him to begin an official transition.

“Our national security must remain a priority during this vulnerable time for our country.”

Many Democrats consider Biden to be the obvious winner and feel the president is attempting to undermine the results and foment division, including with his messages on Twitter that have recently included a post that stated “I WON THE ELECTION!”

Trump has not officially conceded the race.

“(E)ach day that passes now further erodes trust & confidence in our electoral process and without recognition of and assistance provided to President-elect Biden’s transition team places our national security in jeopardy,” Rowley said.

“Notwithstanding we are facing a critical time in managing an out of control deadly pandemic where this administration continues to ignore or is quick to attack states trying to protect its citizens by implementing health and safety guidelines. The administration’s indifference and attacks makes no sense at all and is an abject failure of leadership.”

At least eight legal actions – all involving mail-in ballots that went overwhelmingly for Biden statewide – have been brought in Pennsylvania by either Trump, the Republican Party or voters.

“Serious and legitimate questions have been raised about the integrity of this election,” Rigby, R-Ferndale, 71st Legislative District, said in a texted statement.

In the case of Republican Party of Pennsylvania v. Boockvar, the GOP is asking the U.S. Supreme Court to review a Pennsylvania Supreme Court decision that allowed election officials to count ballots that were received up to three days after Election Day, provided they were postmarked by Nov. 3. Trump wants to invalidate those ballots, which number approximately 10,000, according to Pennsylvania Secretary of State Kathy Boockvar. The court did not take up the case on Monday, but could do so in the future.

“We will be using every legislative and legal tool at our disposal to ensure the rule of law and the integrity of our election,” Rigby said.

“Speaker (of Pennsylvania’s House of Representatives Bryan) Cutler has called for an audit of the election before certification. We have already joined on to the election related litigation which includes U.S. Supreme Court case about the receipt and counting of ballots after Election Day and according to Justice Alito the Pennsylvania Supreme Court likely disobeyed the U.S. Constitution in crafting this.”

In Trump v. Boockvar, U.S. District Court for Middle District of Pennsylvania, the president is seeking to prevent Boockvar from certifying election results, arguing that “rather than engaging in an open and transparent process to give credibility to Pennsylvania’s brand-new voting system, the processes were hidden during the receipt, review, opening and tabulation,” in the complaint.

Trump’s litigation efforts have been dealt several blows in recent days, including two law firms withdrawing their representation of the president in the case to stop certification.

His personal attorney, Rudy Giuliani, argued the case in court on Tuesday.

Also on Tuesday, the Supreme Court of Pennsylvania ruled against Trump’s claim that his representatives were not permitted close enough access to view the canvassing process in Philadelphia.

“Critically, we find the Board’s regulations as applied herein were reasonable in that they allowed candidate representatives to observe the Board conducting its activities as prescribed under the Election Code,” wrote the majority.

“Accordingly, we determine the Commonwealth Court’s order was erroneous. Thus, we vacate that order, and reinstate the trial court’s order.”