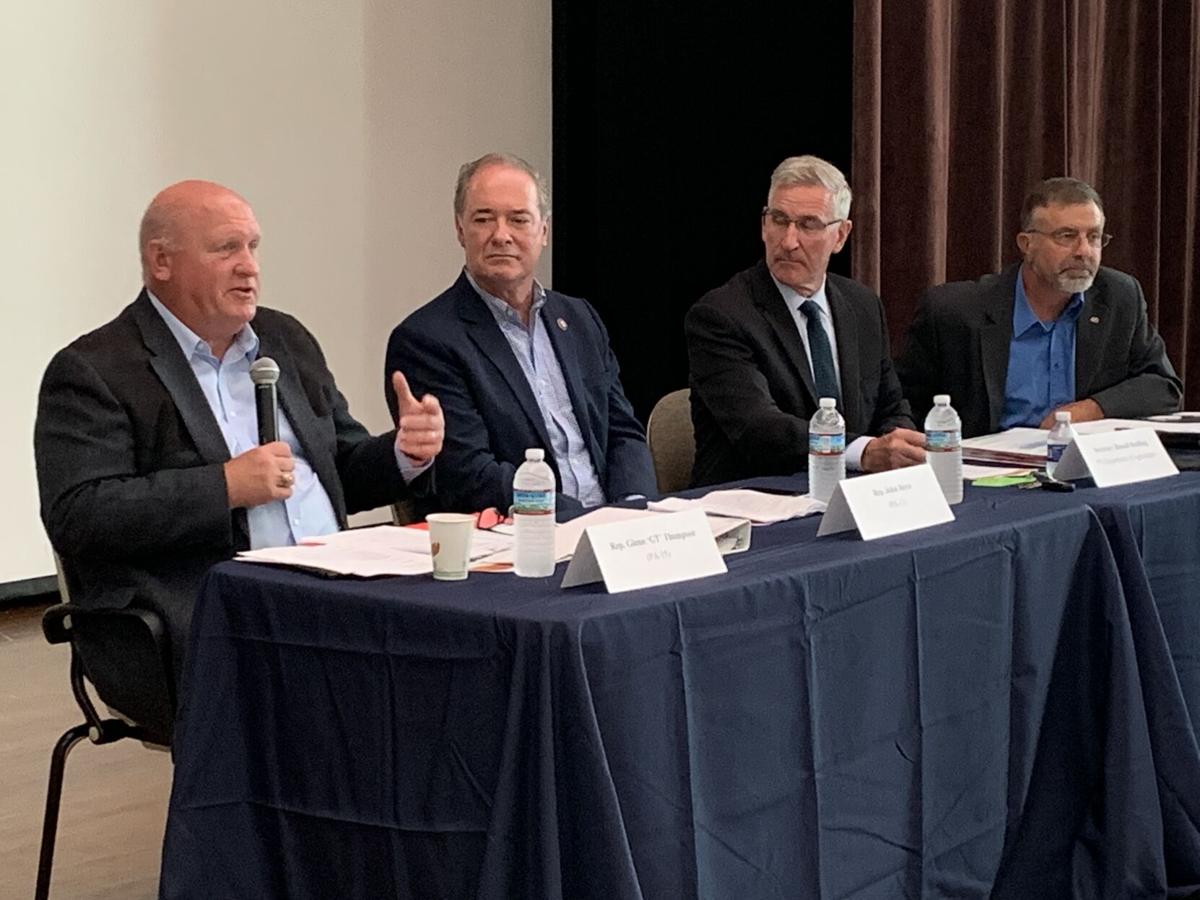 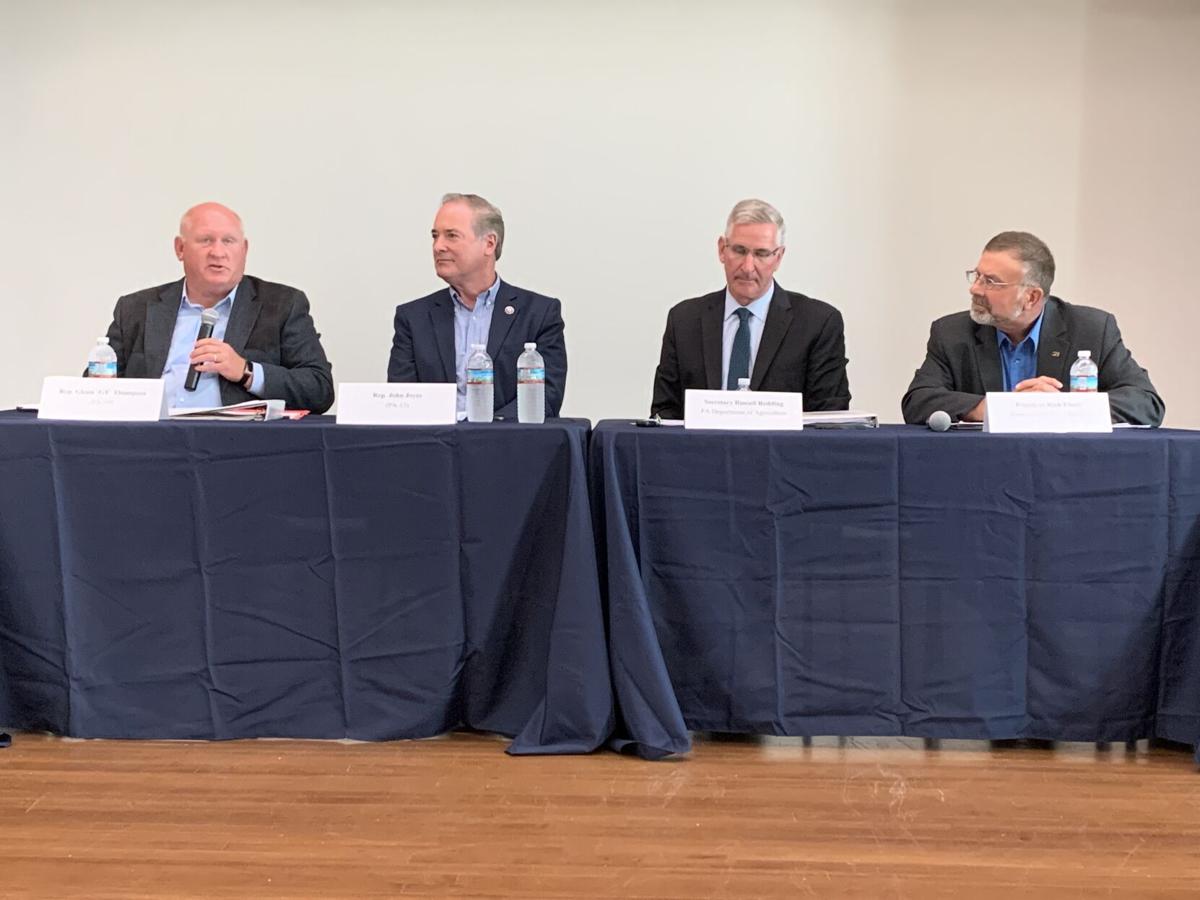 Thompson, the House Committee on Agriculture’s GOP leader, called upon schools to establish or expand agriculture programs and asked land grant universities to continue getting the word out about what farmers, ranchers and foresters do to help the environment and the climate.

He then emphasized the role “all of us” could play.

“Be a voice for rural America and be a voice for American agriculture,” Thompson, R-Centre, 15th Congressional District, said. “There’s an old saying I learned a long time ago – B.C., “Before Congress” – and certainly I see it’s true today. ‘When it comes to public policy, if you’re not at the table, you’re probably on the menu.’

“We can’t afford to let that happen because the quickest way to national insecurity is food insecurity, and God blessed this nation – God has certainly blessed Pennsylvania – in terms of our ability to provide food, fiber, nutrition, economic resources.”

“Agriculture finds itself at the intersection of some of the most important issues of our time – jobs and the economy, the climate and environment, food, and the quality of life in a post-pandemic world, where I think we’re all more mindful of our surroundings and the environment and just having access for both pleasure and mental health,” Redding said. “Agriculture holds the cards to many of those issues.”

Redding added: “You can see the sort of common denominator of concern, whether it’s climate, or markets, or dairy, education. I think it’s just good to get out, engage, particularly with the ranking member of the House Ag Committee, who’s going to be confronted with a thousand questions about what is needed across the U.S., and we have him right here in Pennsylvania to spend some time with us.”

Ebert said “we’ve got to make sure that the word is out there” about the impact of agriculture.

“A lot of people are so far removed that agriculture’s not even a second thought to them,” Ebert said. “We have to communicate back to the general public of the importance of food production, and our food systems, and how they’re connected, and how important they are from the farm to the grocery store.”

Regarding internet access in rural communities, Ebert said the “connectivity just isn’t there out in the countryside.”

Thompson has also introduced a bill that would allow for whole milk to be served in schools again, which has been prohibited since implementation of the Healthy, Hunger-Free Kids Act in 2010. That legislation has led to the loss of a generation of milk-drinkers because the alternatives are less flavorful and less nutritious, in Thompson’s opinion.

“I think it is so important that kids are back in school full-time and have that opportunity because we realized that, (for) many kids, that’s their only opportunity for a complete meal during the day when they sit down in the cafeterias and have that access to having nutritious food sold to them, served to them,” Joyce said. “And the ability to have whole milk and dairy in that diet in schools is so important.”

As Pennsylvania Agriculture Secretary Russell Redding continued his ongoing tour of the region on Tuesday, he took time to encourage residents of rural communities to get the COVID-19 vaccine during a stop at Penn State’s Ag Progress Days.