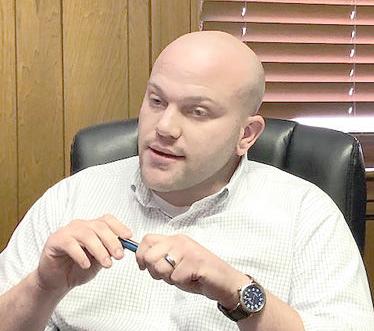 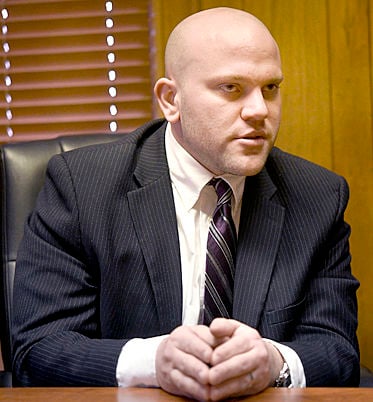 WINDBER, Pa. – Somerset County District Attorney Jeffrey Lynn Thomas is not legally required to resign or temporarily step aside from his position after being arrested and arraigned Wednesday on rape and other charges.

Thomas, 36, also faces charges of indecent assault, strangulation, simple assault and criminal trespass that stem from an alleged incident at a residence in Windber Borough on Sept. 18.

Thomas, who is paid $185,664 annually, was still Somerset County’s district attorney as of Thursday.

The Disciplinary Board of the Supreme Court of Pennsylvania could investigate him.

“It seems to me that one of two things will happen, maybe both,” said Bruce Ledewitz, a Duquesne University School of Law professor. “One is, the district attorney himself says, ‘With serious charges pending, I’m stepping aside and turning the running of the office over to my deputy until the matters are resolved.’ He, of course, can do that, and he has the advantage of retaining his salary. … Or he might be suspended by the Disciplinary Board.”

Ledewitz added: “In terms of attorney discipline, you’re eligible to be DA until you are disbarred – and you would never be disbarred, of course, on mere allegations.”

Pennsylvania law states: “If the district attorney is convicted of any crime for which that individual may be sentenced to imprisonment by separate or solitary confinement at labor, the office shall be declared vacant by the court.”

The Pennsylvania Senate could consider impeachment.

“It’s either the Senate impeaches him or the Pennsylvania Supreme Court would rule he can’t hold the office,” Cambria County Solicitor William Barbin said.

The Somerset County commissioners issued a brief statement about the matter, saying they were aware Thomas had “serious charges pending against him,” but since it was a criminal matter they had “no substantive comment to offer at this time.”

The Pennsylvania State Police investigation into Thomas began on Tuesday.

The alleged victim knew Thomas in a “professional capacity for several years,” according to the police report. She indicated that her employer was attempting to enter into a contract with Thomas for vehicle needs at the district attorney’s office.

On the night of Sept. 18, Thomas allegedly sent a Snapchat message saying he would soon arrive at her residence, police said, then walked in uninvited, holding several cans of beer.

The woman allegedly slapped Thomas, which “agitated” him, per the criminal complaint issued by police. Thomas then allegedly struck the woman in the face, pulled down her top, removed his clothing, grabbed her neck, bit her breasts and sexually penetrated her.

The report states she pushed Thomas off and retreated to the second floor.

Thomas left after the woman said she would not call the police, the criminal complaint said.

In a Facebook post, the Fraternal Order of Police No. 62, which represents officers in Somerset County, questioned the level of bail that was set for Thomas, who was out of prison as of Thursday afternoon.

Bail “would normally be much higher,” according to Barbin, who explained that bail is used to ensure that a defendant shows up for legal proceedings and that Thomas’ “ownership of real estate and other connections to the community are factors leading to lower bail.”

Ryan Tutera, Thomas’ defense attorney, said he did not know why his client was held in Cambria County Prison rather than in Somerset.

“I’m sort of curious about that myself,” he said. “I have no idea.”

Barbin did not know for certain, either.

“He is the district attorney responsible probably for putting 98% of the people into the Somerset County Jail,” Barbin said. “When I read that it was Cambria County, it seemed to me like they were providing protection. I can’t say I know that’s why. I don’t know what was going through the people’s minds doing that. But I would have done that, I think, if I had been in the situation.”

Tutera said his client is not guilty.

“Jeffrey has worked very hard to protect the rights of victims in Somerset County and it’s hard for me to believe these allegations are true,” Tutera told The Tribune-Democrat late Wednesday. “We believe there’s more to this story than what is being told.”

Tutera elaborated during an interview on Thursday, saying, “As far as making any formal statements about the matter, I’ll reserve comment until a later time. I made my initial comments. I’m not going to change my opinion. He’s entitled to fairness, and I’d ask the public to withhold any judgement.”

Tutera planned to meet with his client sometime on Thursday. A preliminary hearing is scheduled for Wednesday before District Judge William Seger.

“We have a preliminary hearing, and we’ll be prepared for that,” Tutera said.

In 2019, Thomas, a Republican, was elected to the district attorney’s office, getting 60% of the vote against incumbent Lisa Lazzari-Strasiser, a Democrat, who was seeking a third term.

“I don’t take this new position lightly,” Thomas said at the time, “and I’m going to work hard every day to make Somerset County a better place. … I think it’s pretty clear, based on the numbers, that Somerset County was looking for something different, and that’s what I want to give them.”

He was accused of misconduct two other times before the most recent allegations were made.

Later, in the same month, Richland Township police filed summary citations, including harassment, against him for altercations when he allegedly used “vulgar and abusive” language toward workers at a local gymnastics facility and a pizzeria during his daughter’s birthday party.

Thomas did not respond to a request for comment Thursday.

Somerset County District Attorney Jeffrey Lynn Thomas was arrested Wednesday and charged with raping a woman on Sept. 18 after showing up at her Windber residence late that night, Pennsylvania State Police said.