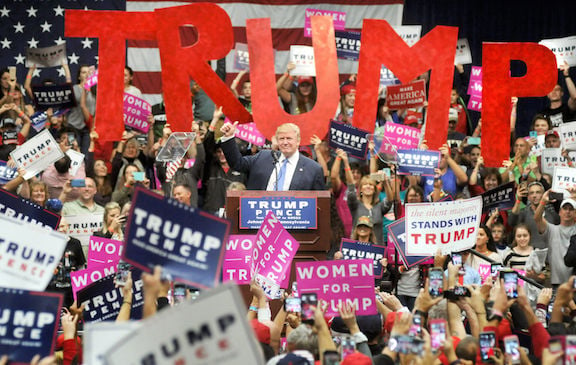 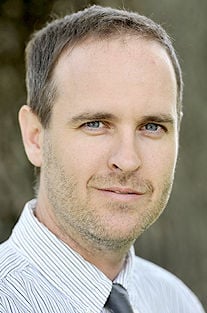 A powerhouse photograph and a team coverage effort are The Tribune-Democrat’s finalists in the Pennsylvania Associated Press Managing Editors news contest.

The Tribune-Democrat was entered in a circulation-based judging division that also included publications such as the York Daily Record, Bucks County Courier Times, Reading Eagle, The (Allentown) Morning Call and The (Scranton) Times-Tribune.

• Photographer Thomas Slusser is a finalist in the Best Spot News Photo category for his front-page image of then-candidate Donald Trump among a sea of supporters at a Cambria County War Memorial Arena rally in October, under the headline “Your Jobs Will Come Back.”

• As a staff, The Tribune-Democrat is a finalist in the Best Spot News Coverage category for its print, online and social media reporting from the announcement of widespread child sexual abuse across the Roman Catholic Diocese of Altoona-Johnstown in March 2016, under the headline “Monsters of the Ministry.”

“This showing among so many exceptional – and much larger – publications is a tribute to our newsroom’s dedication to producing great work,” Editor Chip Minemyer said, “whether that means capturing one moment in a superb photograph, or team coverage of a significant news event.”

Winners will be announced May 19 at a banquet in Lancaster.

ALTOONA – Hundreds of children were molested, raped and suffered psychological trauma by abu…

Geraldine M., 11 A.M. at Our Lady of the Alleghenies Catholic Church in Lilly (Decort Funeral Home Inc. of Portage)