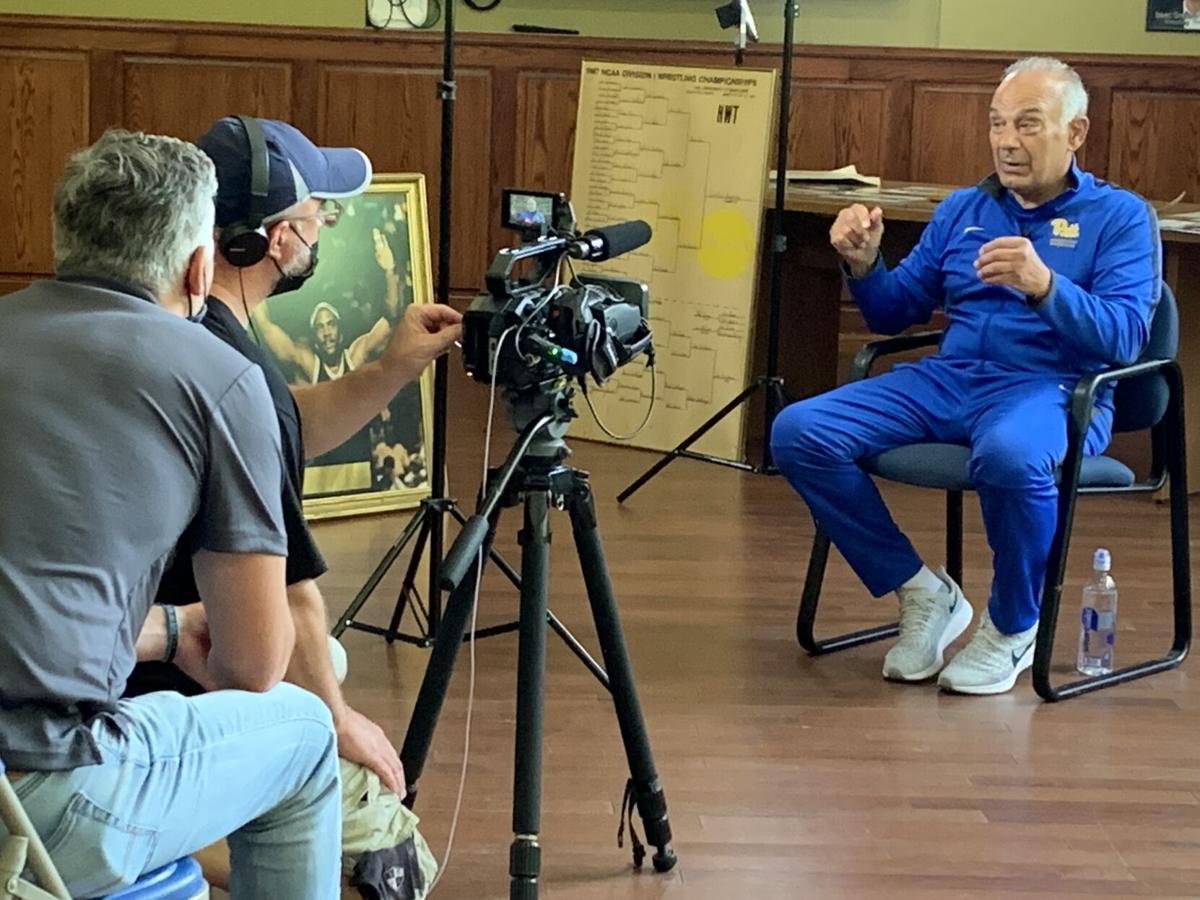 University of Pittsburgh at Johnstown wrestling coach Pat Pecora is interviewed for a documentary about six-time NCAA wrestling champion Carlton Haselrig inside Pitt-Johnstown’s Sports Center on Wednesday, Sept. 15, 2021. He is being interviewed by producer Tim Walton and filmed by videographer Andy Turton. 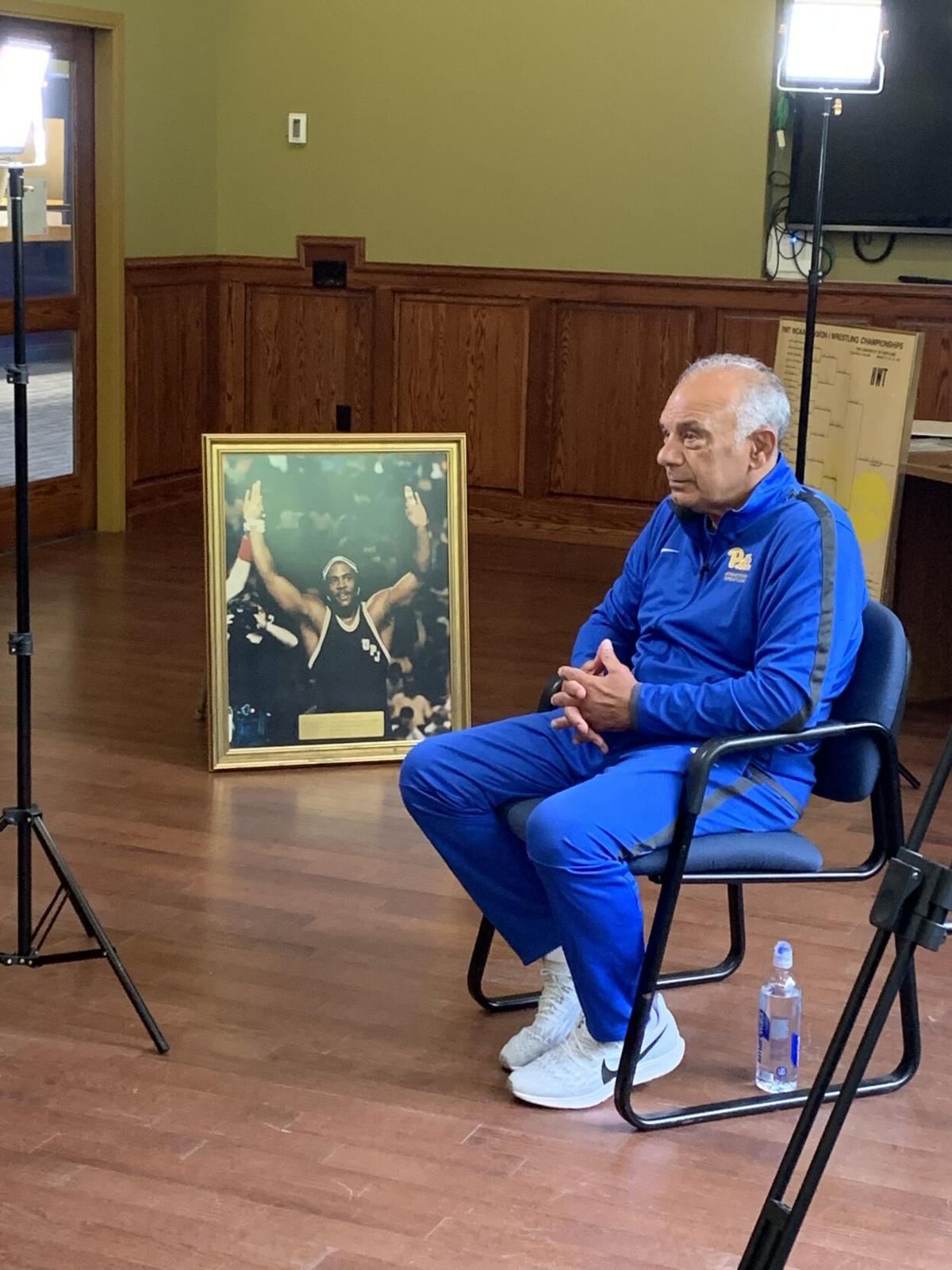 University of Pittsburgh at Johnstown wrestling coach Pat Pecora is interviewed for a documentary about six-time NCAA wrestling champion Carlton Haselrig inside Pitt-Johnstown’s Sports Center on Wednesday, Sept. 15, 2021. He is being interviewed by producer Tim Walton and filmed by videographer Andy Turton.

JOHNSTOWN, Pa. – Back in March, while watching the NCAA Division I Wrestling Championships, Mike Monsell started doing some reading about the history of the tournament.

He came across the name Carlton Haselrig.

Through further research, Monsell learned Haselrig earned all of those championships – three Division I, three Division II – when attending the University of Pittsburgh at Johnstown, a feat that is impossible now since after he graduated the NCAA changed the rules to no longer allow individuals to compete on both levels.

“I just got to thinking that this is a story that needs to be told,” Monsell said.

So, he started work on a documentary about Haselrig.

On Wednesday, Monsell was in the region, along with producer Tim Walton and videographer Andy Turton, to shoot footage and conduct interviews with Pitt-Johnstown wrestling coach Pat Pecora and members of Haselrig’s family – his children, widow Michelle Haselrig and uncle Bruce Haselrig.

Pecora and Bruce Haselrig met with the crew at UPJ’s Sports Center in Richland Township.

"I’m just impressed with the quality of people coming to do it and the fact that they’re going to take time to try and tell his story. The family’s really pleased.”

“I’ve always said it would make a great movie or a great book,” Pecora said. “I’m glad to see that he’s finally getting the recognition for the uniqueness of his story, which is amazing. When you really think about what he accomplished, it’s almost something that’s out of a fairy tale or something.”

The one-hour documentary might be shown on linear television or streaming services, maybe as early as February.

It is being made through ABC Localish, a company owned by The Walt Disney Co., as is ESPN.

“We have a lot of options as to where this might air,” Monsell said.