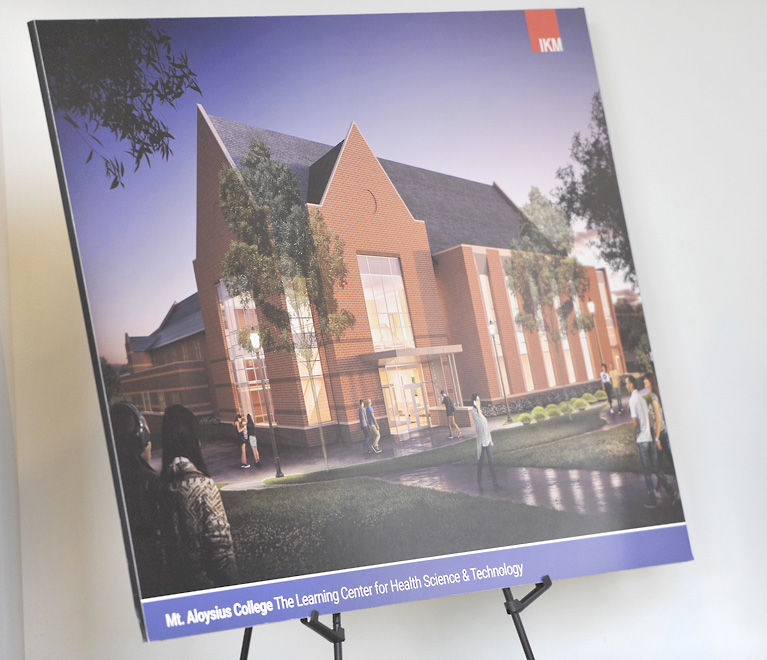 An artist's rendering of The Learning Center of Health Science and Technology at Mount Aloysius College. Friday, Dec. 2, 2016. 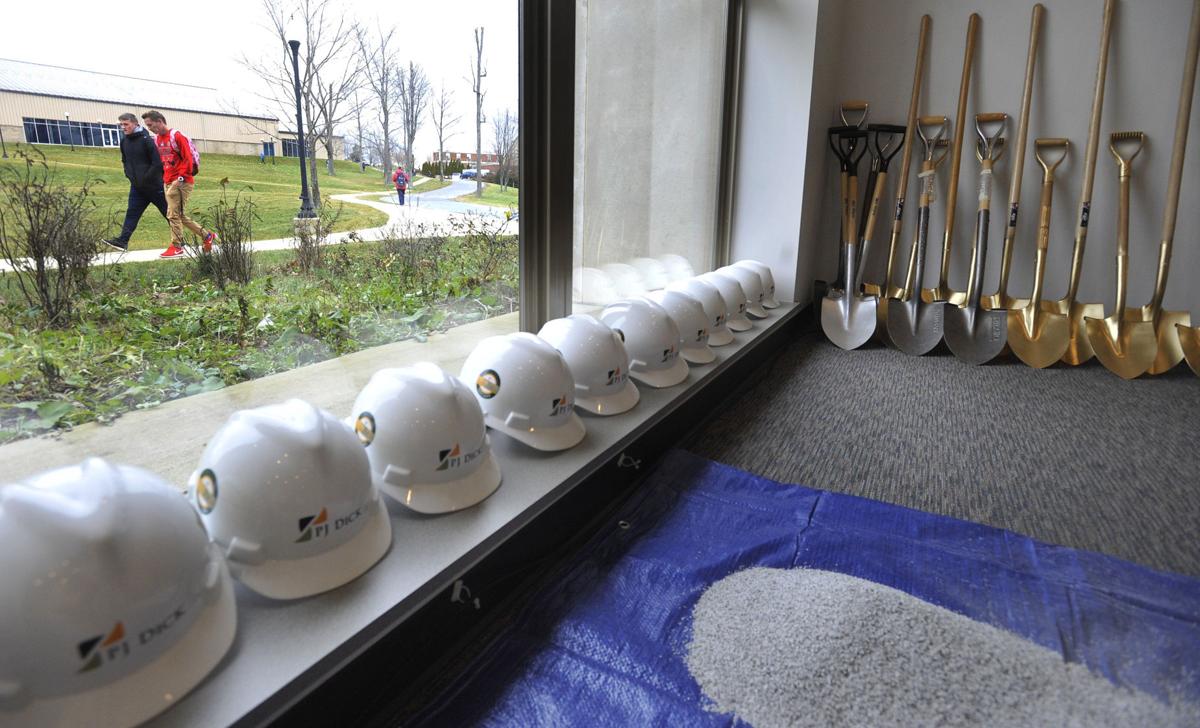 Everything is in place for Mount Aloysuis College's groundbreaking ceremony for its new Learning Center for Health Science and Technology on Friday, Dec. 2, 2016.

An artist's rendering of The Learning Center of Health Science and Technology at Mount Aloysius College. Friday, Dec. 2, 2016.

Everything is in place for Mount Aloysuis College's groundbreaking ceremony for its new Learning Center for Health Science and Technology on Friday, Dec. 2, 2016.

The project will expand and modernize the college’s health science programs. According to Foley, approximately 65 percent of Mount Aloysius students pursue careers in the health sciences.

“This Learning Center for Health Science and Technology is a facility that’s going to be used by nearly every student during their lifetime here at Mount Aloysius College,” Jennifer Dubuque, the college’s vice president for institutional advancement, said.

Nursing student Cynthia Santoya said she was pleased to see that a nursing simulation suite will be added to the new facility.

“A large part of my success comes from being prepared for clinical site work,” Santoya said, adding that simulation laboratories give students much-needed experience long before they ever step into a hospital.

Leslie DeRepentigny, a student in the physical therapist assistant and interdisciplinary studies programs, said the new facility will be especially helpful for commuter students.

“It’ll be a good place for them to come together and collaborate,” she said. “It’ll give them a reason to stay on campus.”

The project, which is projected to be completed in the fall of 2018, will cost between $13 million and $14 million, Foley said.

Of that figure, $11 million represents construction costs, according to project lead Doug Lieb of architecture firm IKM Incorporated, with the remainder going to equipment purchases and other expenses.

The project will be partially funded by a $2 million grant from the state of Pennsylvania.

“We’re grateful for all our donors who have made and will make contributions, including the state of Pennsylvania,” Foley said.

The creation of the Learning Center for Health Science and Technology will be the seventh major renovation or construction project at Mount Aloysius during Foley’s seven-year tenure as college president, provost Stephen Pugliese said.

Cambria County President Commissioner Thomas Chernisky, who participated in the groundbreaking ceremony, praised the project as a “team effort.”

“Mount Aloysius has been a great partner for Cambria County and for this region,” Chernisky said.