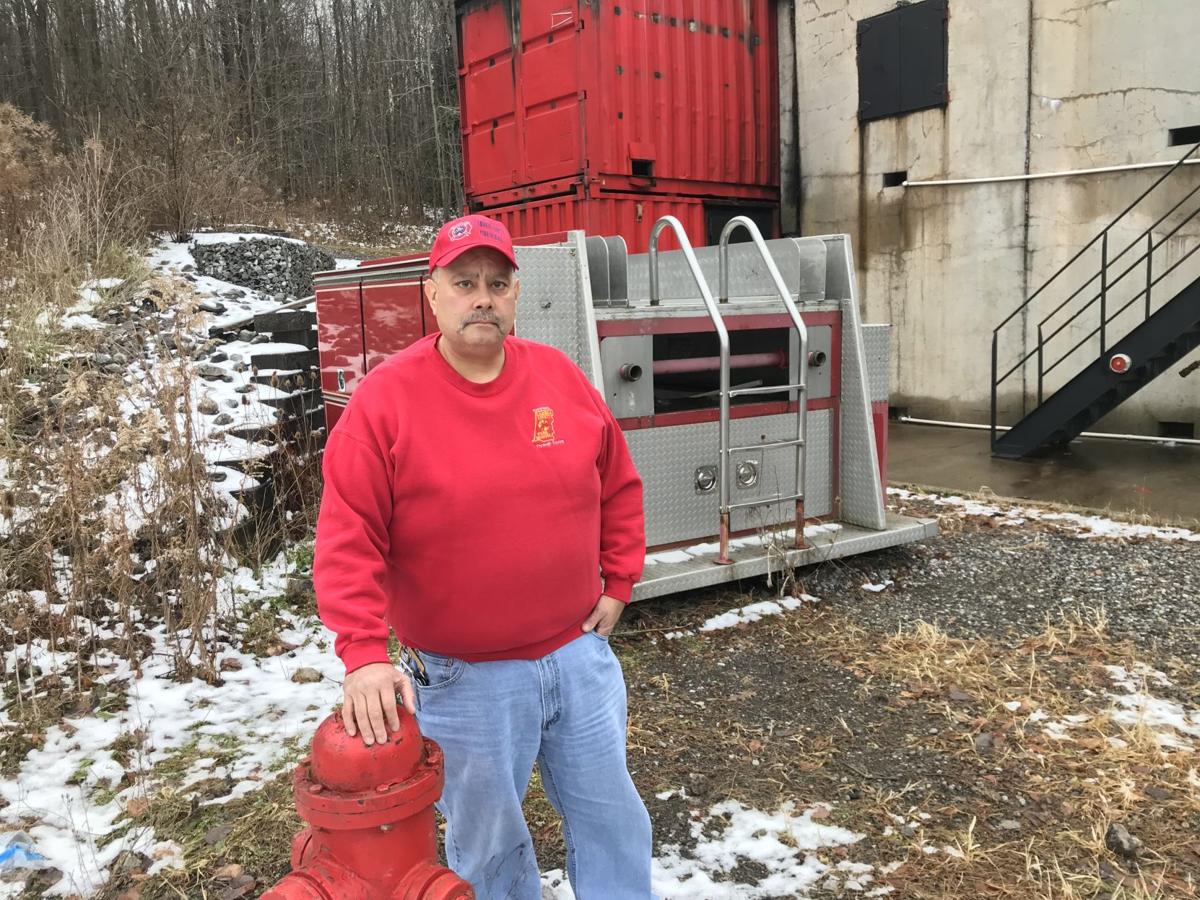 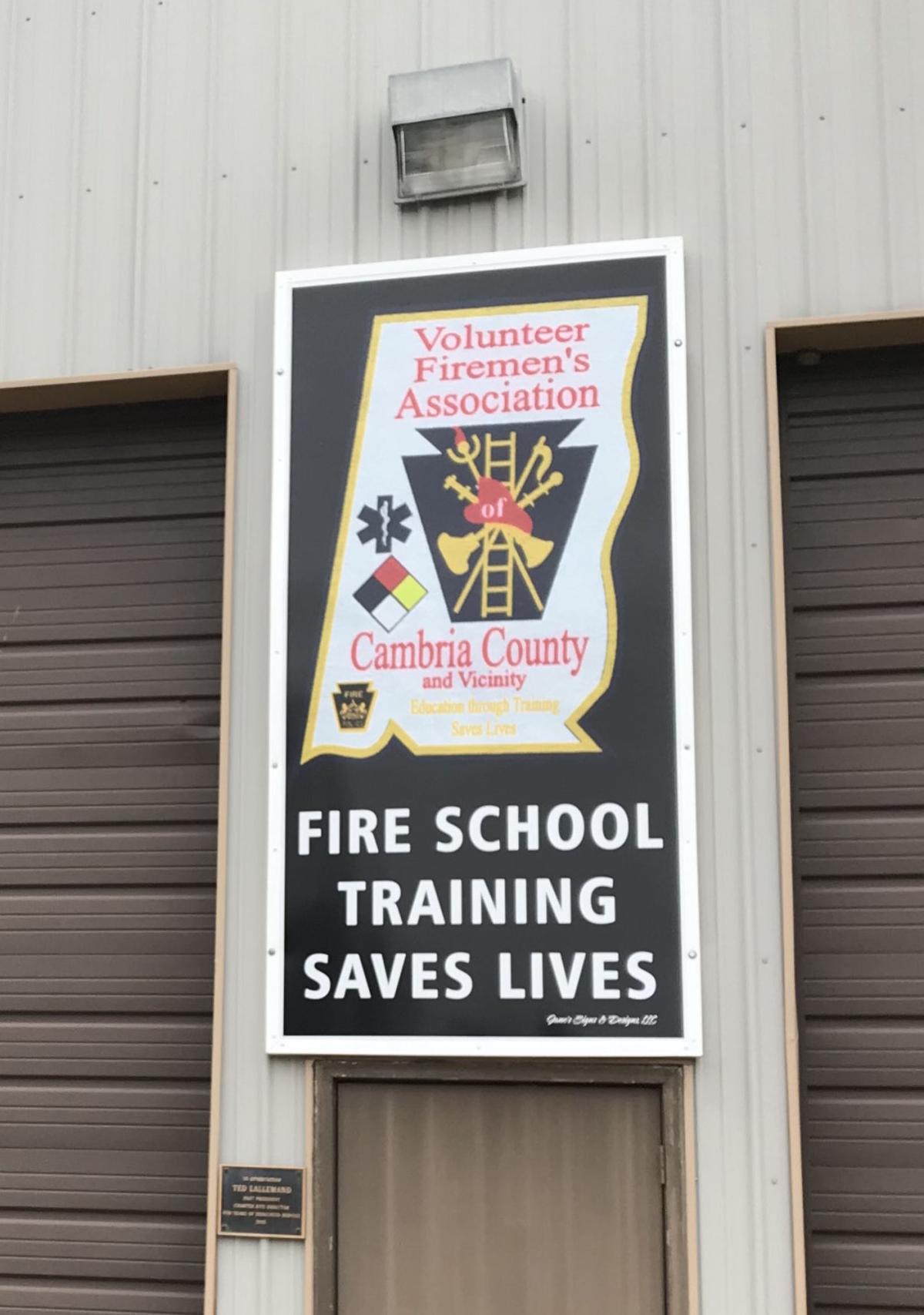 A sign hangs on the front of the Cambria County Volunteer Fire Association burn building in Patton. 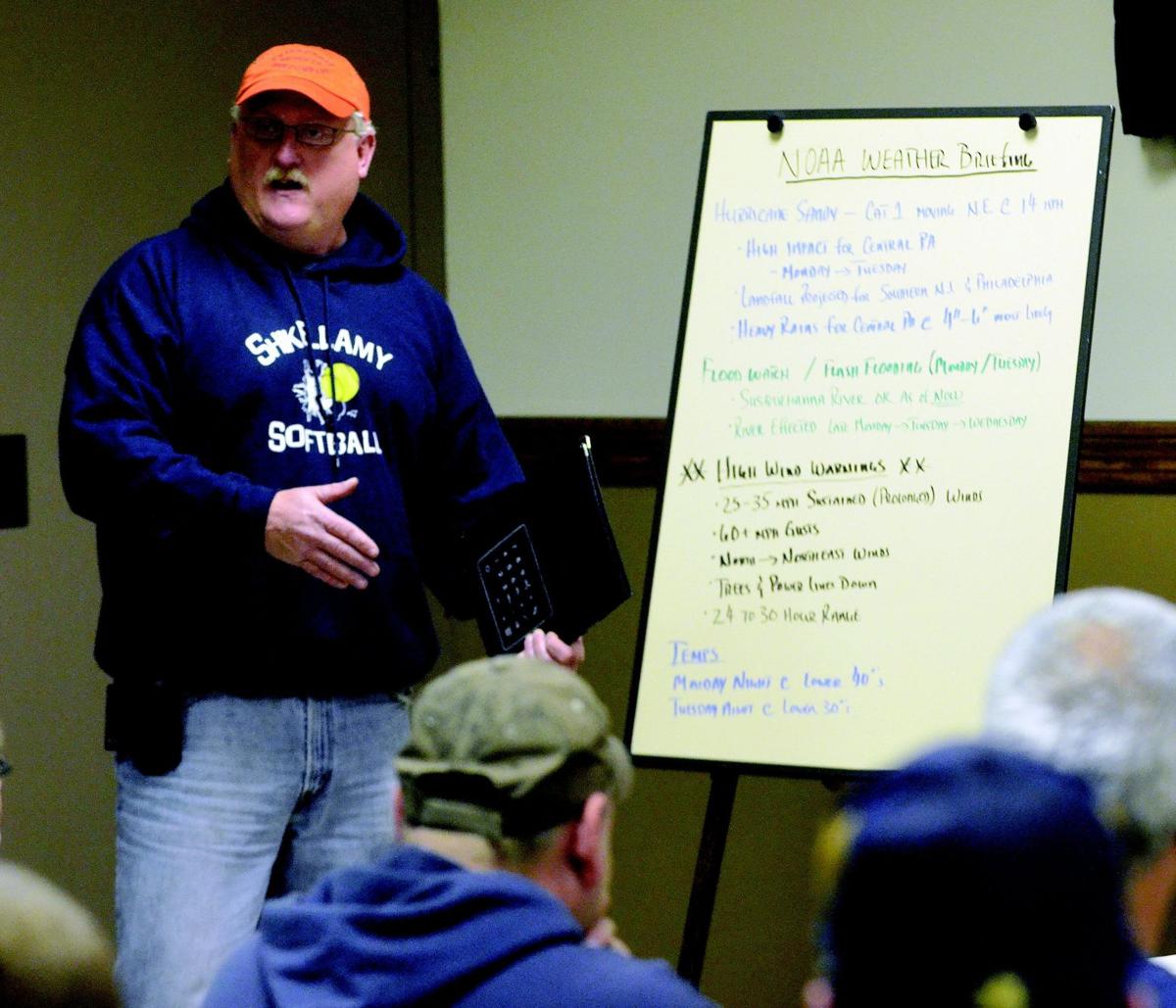 Sunbury Fire Chief Mike Rhoads speaks with first responders during a 2014 gathering at the Americus Hose Company in Sunbury. 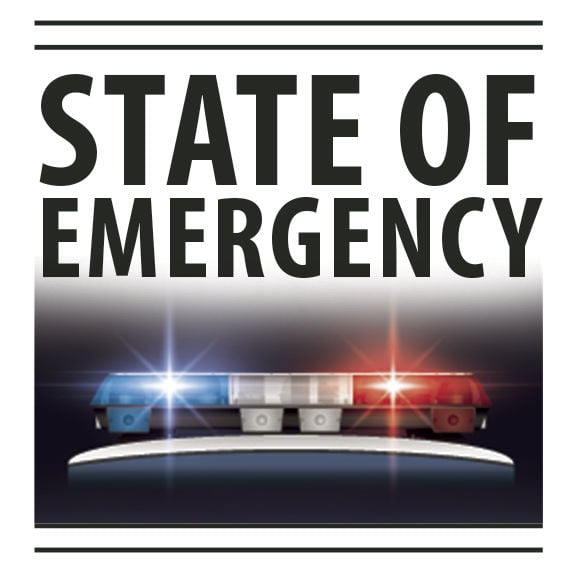 A sign hangs on the front of the Cambria County Volunteer Fire Association burn building in Patton.

Sunbury Fire Chief Mike Rhoads speaks with first responders during a 2014 gathering at the Americus Hose Company in Sunbury.

Nineteen-year-old Nathan Kundrod understands the demands of being a volunteer firefighter.

It wasn’t easy, but the experience was invaluable for an interior firefighter, he said.

“You learn the basics – hose lines, ladders, ropes and rigging,” Kundrod said. “I would love to keep going.”

A civil engineering student at the University of Pittsburgh at Johnstown and the son of St. Michael fire Chief Paul Kundrod, he learned firsthand the hours needed to become an interior firefighter.

“Most people don’t have that time,” Kundrod said. “People who have jobs and a family, it’s tough for them to find the time.”

Both paid and volunteer departments must tackle intense training in order to be able to respond to a variety of situations.

However, Pennsylvania does not mandate training for volunteer firefighters. It is up to each municipality to provide fire protection and each fire department to offer training.

That could change, according to a 2018 state commission report.

One of the recommendations of State Resolution 6 is mandatory training for volunteers.

“If you go to a crash and don’t have special equipment, someone could easily die,” said Dave Rishel, chief of Shenango’s department – which offers the essentials of firefighting, a four-class series that entails nearly 200 hours, along with hazardous materials, basic first aid and advanced CPR training.

“We need to have everyone trained to the highest level,” Summerhill Borough fire Chief Robert Burkett said.

Chief John Flynn of the Hermitage Fire Department in Mercer County said that to become a Firefighter I, a volunteer has to complete 196 hours of training, followed by a nine-month probationary period.

The department has weekly trainings for its members.

Flynn said the time dedicated to becoming a firefighter reflects the volunteers’ desire to serve in a potentially dangerous activity.

“People may not always realize it, but these folks who volunteer are deciding to sacrifice a lot of their time and personal lives to be able to do this,” Flynn said. “And they’re risking a lot to help their community.”

The pool of volunteer firefighters is drying up as fewer people who are busy with jobs and families can find time to learn the skills for firefighting. Volunteer fire departments around the state suffer from low turnout, especially during the daytime, when most people are working.

“The state doesn’t mandate training, but explain that to a family member when someone dies,” Bloom said.

Training is paid for through grants and the state Firefighters’ Relief Association, he said.

But his fire department does allocate about $3,500 a year for training if needed, he said.

“What people fail to realize is this job can kill you in an instant,” Bloom said. “The public expects your best when they’re at their worst.”

“We can’t put out a subpar product,” he said.

“We have all the props,” Cornell said.

The not-for-profit association is funded by course fees and donations.

According to Deputy Chief Robert Heffelfinger at Richland Fire Department in Cambria County, the cost to train and equip firefighters can vary, depending on what certifications they are seeking and the gear their department uses.

Even to meet the most basic requirements to serve, there’s several hundred dollars in training necessary.

“But it can easily add up to several thousand (dollars),” Heffelfinger said.

Outfitting a team with boots, helmets and protective jackets can run between $1,400 and $2,000 per person, he said.

The retail website www.thefirestore.com recently was advertising heat and abrasion resistant firefighting gloves at prices that ranged from $40 to $110 per pair.

“And all of that doesn’t include an (air pack),” Heffelfinger said. “If you’re heading into a burning home, you’re strapping on a piece of equipment that costs another $4,000.”

Both volunteer and paid firefighters can acquire 34 levels of certification – everything from a Firefighter I to a driver to hazardous materials training. Time for each course depends on the certification.

The state requires a 16-hour emergency vehicle operations course before a firefighter can drive a ladder truck.

Sunbury Fire Department President Mike Rhoads said although certifications are not required by the state, they are encouraged.

In the city department, two certifications are mandatory, he said.

“We need to get more help, and the Sunbury Fire Department is working on plans,” Rhoads said. “There is no one plan that will work, and that is why we are getting our minds together and seeing what we can come up with.

“Volunteering and training is very time-consuming, and people have lives,” Rhoads added. “We all get that. We also appreciate all the time people put into volunteering with any department. It is a choice they make to help their communities, and we understand the commitment it is to the person and their families.”

With no regulations in place, a fire company may be forced to rigorously train its own members, said John DiCola, chief of the Neshannock Township Volunteer Fire Department in New Castle.

At a minimum, each member who responds to calls must be certified Firefighter I – including having at least 70 hours as a first responder – and must get through all of the training programs in one year.

Well-trained firefighters offer protection from liability in case of mishap.

“It you have an individual out there that isn’t properly trained, liability falls back on the fire department and the community,” said Don Blasko, fire chief of West Hills Regional Fire Department.

“In any case for us, it would be bad because we cover three municipalities – Westmont, Brownstown, Ferndale boroughs,” he said.

“If a lawsuit were to come about, all three municipalities could be sued.”

The Occupational Safety and Health Administration also could hit the fire department with hefty fines, he said.

Most firefighters for the city of New Castle are EMTs or paramedics with 80 percent of the members in compliance.

Each newcomer is hired on a part-time basis, and can get promoted when there is a retirement.

In addition to training of firefighters, each piece of equipment must also be inspected and certified, Blasko said.

Everything from pumps and ladders to hoses and breathing apparatus must be tested.

“Liability-wise, you need the equipment certified to show you weren’t negligent,” he said.

Chief Kevin Hill of Randolph Volunteer Fire Department in crawford said his department has about 15 to 20 active volunteer firemen.

“It’s hard to find young people and hard to retain them,” Hill said. “They move away for a job, or marriage or they go into the military.

“I don’t know how to get young people interested. That’s the major question. I don’t know the answer, but that’s what we need.”

Burkett cautioned that the pool of men and women willing to volunteer could shrink further under the burden of state mandates.

“People need to be trained to protect the public, and for the safety of the guys,” Burkett said.

“But if we’re going to mandate training, we’re shooting ourselves in the foot. It’s a catch-22.”

Patrick Buchnowski is a reporter for The Tribune-Democrat. Follow him on Twitter @PatBuchnowskiTD. David Dye is a reporter with the Sharon Herald. The (Sunbury) Daily Item, New Castle News and Meadville Tribune contributed to this report.

The debate about law enforcement at the state Capitol in recent years has been focused on how state police, which provide coverage across 73 percent of the state’s land area, are funded and whether municipalities should be required to contribute to those costs.

BOSTIAN, III[mdash] Ira G., died May 29, 2020 at home surrounded by his family. Born February 17, 1944 in Johnstown the son of Ira G. and Elsie (Parkinson) Bostian. Preceded in death by parents. Survived by wife of 55 years the former Brenda Ohler and these children Ira IV and Sherrie, Kevin…