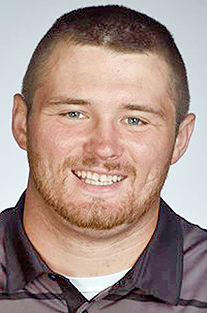 Burgan said no charges have been filed and the crash investigation remained ongoing Tuesday afternoon.

Craig’s former high school wrestling program, Berlin Brothersvalley, turned to Twitter to ask the public to pray for the former Mountaineers standout, saying he remained in Conemaugh’s intensive care unit as of noon.

Craig is midway into his third season coaching for St. Francis’ football program after a distinguished playing career that saw him earn All-State Class A honors with Berlin and play for the University of Pittsburgh and Clarion University.

He was a three-time Tribune-Democrat All-Area team selection, whose team went a combined 16-4 over his junior and senior seasons. In wrestling, he was a two-time District 5 champion and placed fourth at the PIAA Class AA Championships in the 220-pound division in 2012, his senior season.