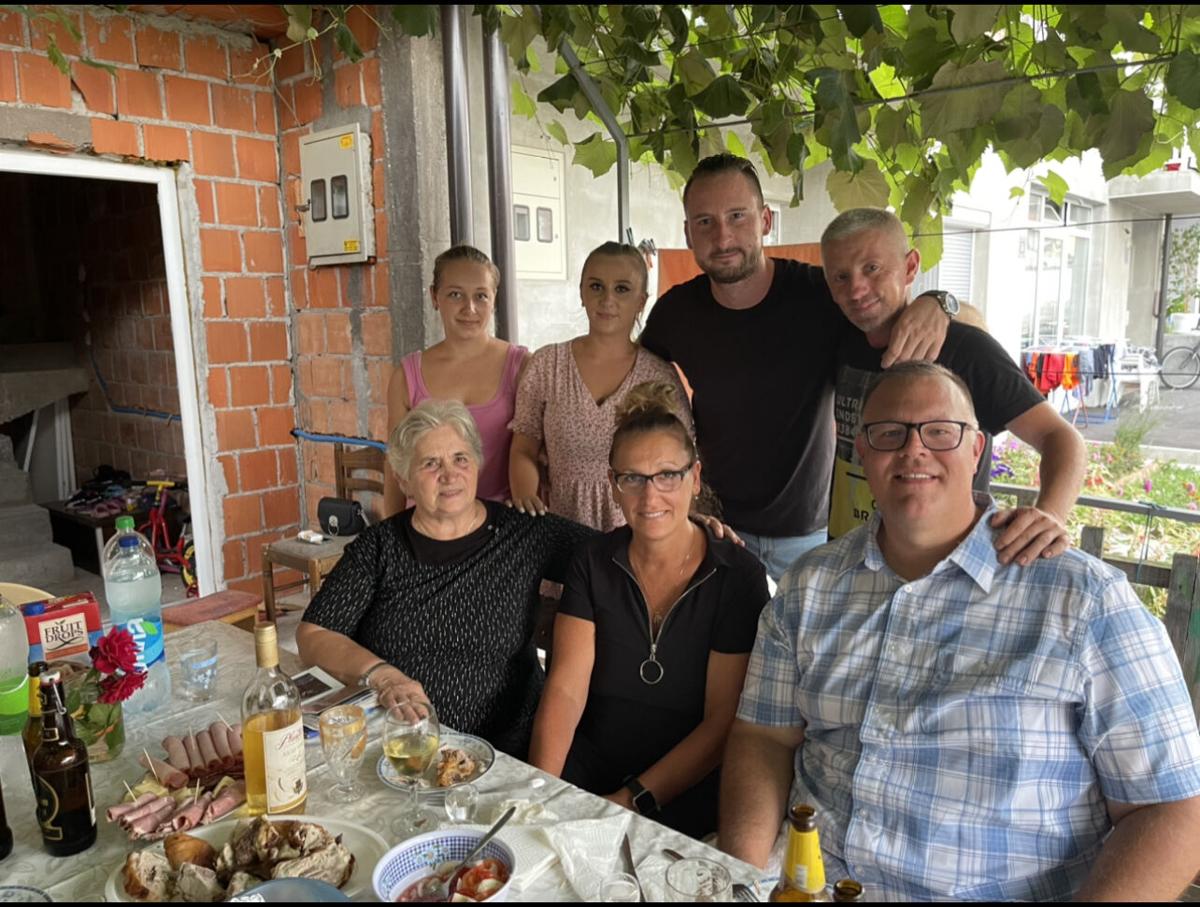 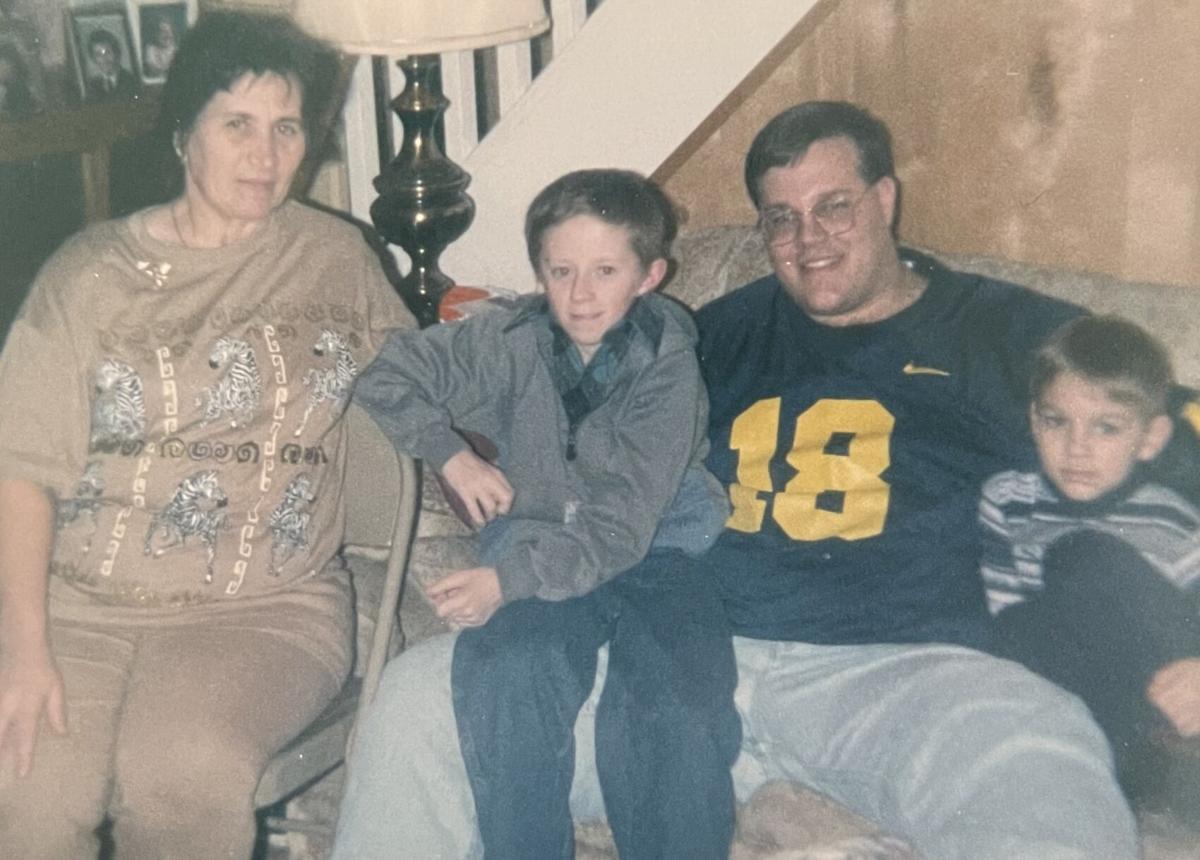 JOHNSTOWN, Pa. – A few weeks ago, on a pleasant summer day in Brcko, Bosnia and Herzegovina, Brian Subich and Nebojsa Pisaric reunited for the first time in more than two decades.

They ate and laughed and drank beer and slivovitz plum brandy, and shared memories about the days they spent together in Johnstown in 1999.

Back then, Pisaric was an undersized 10-year-old boy with what appeared to be life-threatening kidney disease – and no way to properly treat it in his war-ravaged hometown, which lacked clean water. Subich was a member of Johnstown City Council.

Pisaric, along with his mother Dragica Pisaric, came to Johnstown as part of a sister-city program supported by U.S. Rep. John Murtha, of Johnstown. They stayed with Subich’s parents, Nicholas and Rose Ann Subich, in the city’s West End.

Doctors at what was then Windber Medical Center determined the young child only had an infection that could easily be cared for with modern medicine in the United States.

‘Thrilled to be there’

But, a few years ago, Subich found Pisaric on Facebook. They rekindled their relationship, and when Subich and his wife, Theresa Subich, took a recent vacation to Croatia, they made a day trip to meet up with the Pisarics.

“When we saw Brian, it was something special and emotional,” Nebojsa Pisaric said in an interview, using an online translator.

“Dragica Pisaric, she clearly had been cooking for quite a while and had more food and more drinks than even I could handle. They were just so happy to have us there, and we were thrilled to be there.”

They also did FaceTime conversations with Rose Ann Subich and Brian Subich’s son, Nick Subich, who as a young child played with Pisaric during the 1999 visit.

Brian Subich had previously been to Brcko in the aftermath of the Bosnian War, when bombed-out buildings, land mines and distrust among the nation’s Serbian, Croatian and Muslim populations remained. He was part of a delegation from the U.S. that also included then-Windber Medical Center President Nick Jacobs and then-Johnstown Mayor Don Zucco.

“It’s improved infinitely,” Subich said. “I remember the city hall. We spent a lot of time there when I was in Brcko, so I knew I would remember what the city hall looked like. And, sure enough, we drove past it, and I was like, ‘Well, that’s the city hall,’ and our driver knew, ‘Yeah, that is the city hall. You’re right.’

“The city hall at that time had already been repaired when we were there, but not much else had. Well, now, everything else is repaired, and those scars are healed over for the most part. It looks just like any other European city.”

Subich added: “I was a young guy when I went over there. I was in my early 20s. I had never been to a war zone and had never seen in person what war looks like, and it certainly is not pretty. That certainly sticks in my mind to this day – what the surroundings looked like and the conditions that they were living in.”

Pisaric still resides in the town that has rebuilt itself, working in construction.

Numerous people helped the Pisarics when they visited Johnstown.

Frank Pasquerilla, who was then the chairman and chief executive of Crown American Realty Trust, provided a sizable financial contribution that made the trip and Nebojsa Pisaric’s care possible.

“I knew that my father did help this kid,” said Johnstown businessman Mark Pasquerilla, Frank Pasquerilla’s son. “But, you see, we had separate offices with this rotunda in the middle (in Crown headquarters). This is classic my father, because he would never tell me a lot of these things. … I never knew that. But it would be typical. He did a lot of things like this that I only heard about years later after his death – some of these good things that he never really made a big deal about or bragged to the family or anything.”

Subich said: “It was neat to be able to assist people from a place I had been and a place that sort of played a large impact on me.”

And for the Pisarics, the experience was life-changing, and, in Nebojsa Pisaric’s case, possibly even life-saving.

“Johnstown, I remember great, from coming to the airport and coming to the house of the Subich family,” Nebojsa Pisaric said. “Our arrival at your place changed our lives, and we will never forget what you did for us.”