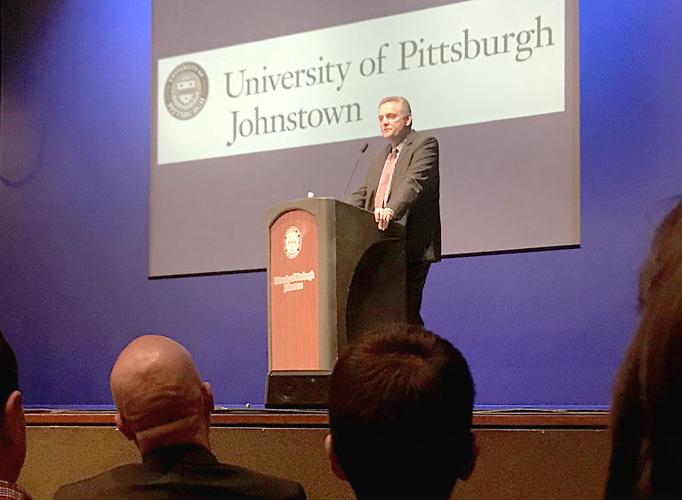 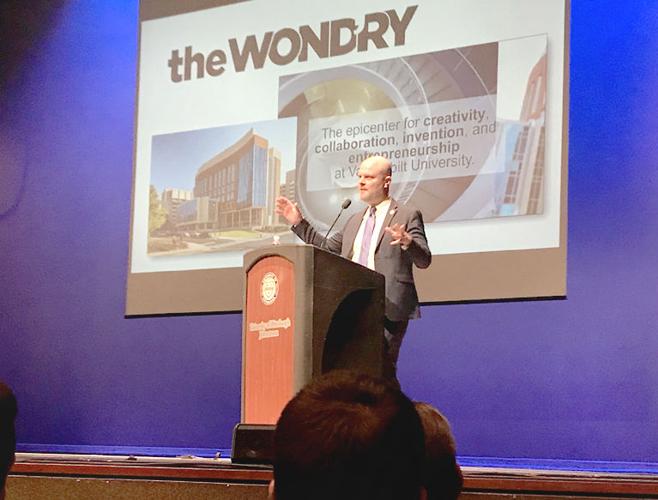 Messages of inspiration while facing adversity were given by two speakers Wednesday at Pitt-Johnstown.

The lectures were part of the university’s Globally Impactful Speakers and Talks series, an annual event aimed at bringing speakers in front of students and community members who have been involved in business innovations, either locally or globally.

He is now the executive director of global facilities, safety and security for American Axle and Manufacturing, an $8 billion global manufacturer of automotive and SUV axles and driveline components.

Ragan spoke about overcoming the obstacles that life throws at you and how important it is to remain on course to achieve something great. He shared the example of how he regrouped to become a leader after his basketball career was derailed due to injuries he sustained from a horrific car accident.

“Leadership is very important,” Ragan said to the audience. “If you want to progress in your career, apply yourself to be that leader. Don’t be afraid to take a risk or to make a mistake.

“Everybody says that necessity is the mother of invention.

“In my mind, leadership is the mother of entrepreneurship.”

Ragan referred to words such as “progress,” “empower,” “vision” and “integrity” as key words in leadership. He later summarized his speech with one word – “culture.”

“Strategy is important,” he said, “but culture eats strategy for breakfast.”

Maraniss, the Innovator in Residence at the Wond’ry, Vanderbilt University’s epicenter for innovation and entrepreneurship, spoke about leadership from different perspective.

He told the story of Perry Wallace, a piece he has been traveling the country to share.

Wallace helped to desegregate the NCAA’s Southeastern Conference as a standout basketball star at Vanderbilt University. He later went to Columbia Law School and became an attorney for the Department of Justice. Wallace then spent time as a law professor at American University before his death in December.

“The most courageous thing that Perry ever did was tell the truth. That’s what being a pioneer is all about, and that’s how he felt about himself.”

Pitt-Johnstown President Jem Spectar said after the event that it was an honor to have both speakers share their experiences on Wednesday.

“It’s just a great opportunity to have so many students listen to two excellent speakers share their leadership experiences and their life experiences, and I hope that students took something inspiring that is going to help them become leaders like these two here today.”