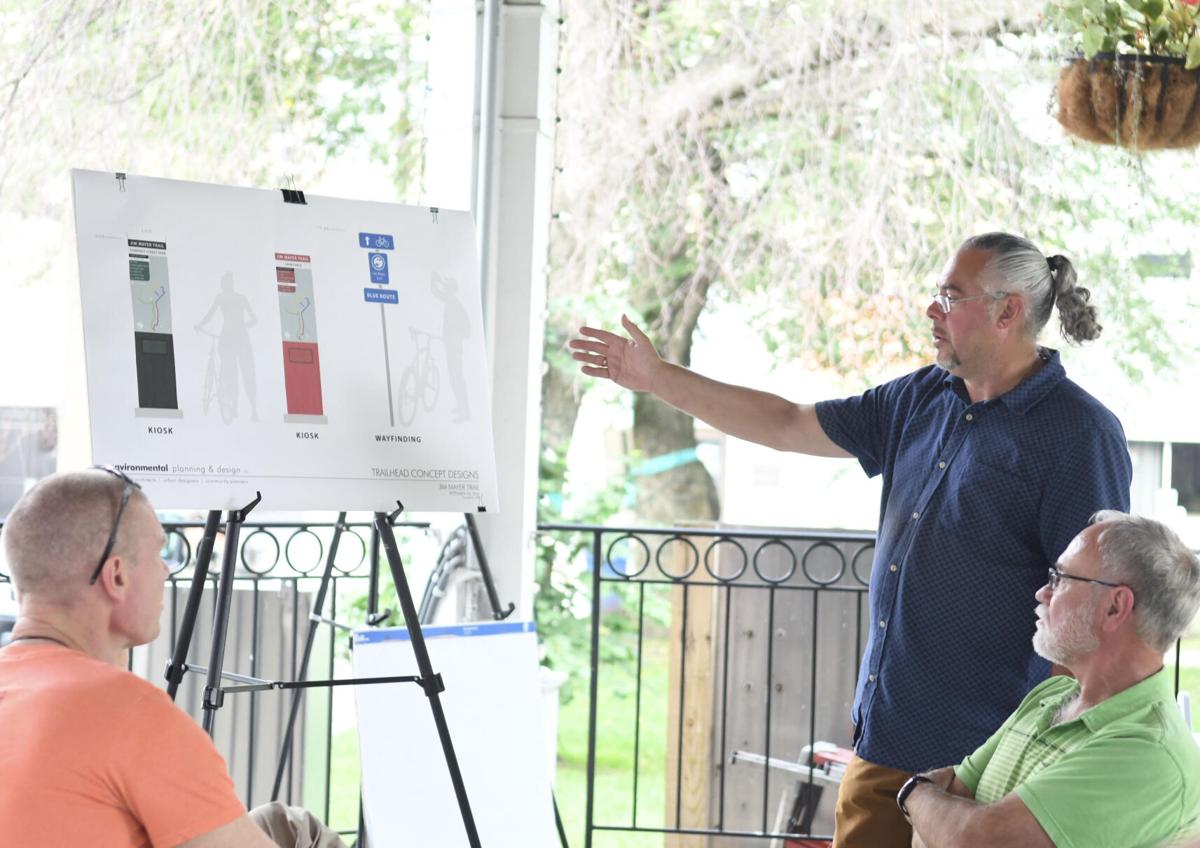 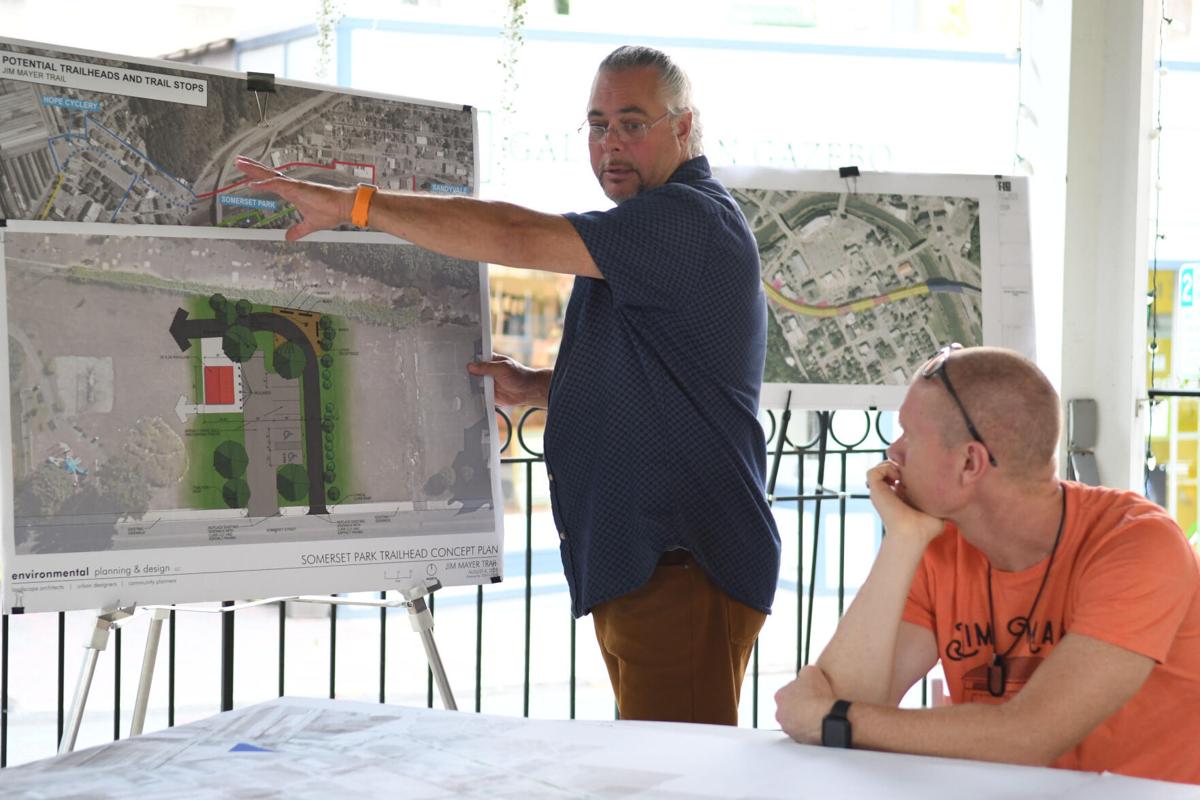 JOHNSTOWN, Pa. – A public meeting was held in Johnstown’s Central Park on Monday with engineers who are working to connect the Jim Mayer Riverswalk Trail to the city’s downtown.

A.J. Schwartz, studio director with Environmental Planning & Design, said one of the additions to the project is creating a trailhead at the Somerset Street Park.

According to Schwartz, the existing park would be utilized to add a trailhead with some parking and a sun shelter.

He explained that the area would have six to 10 parking spaces on one side and a pavilion on the other, with improved green space.

Schwartz added that another topic that was discussed as a possibility was stopping points near Central Park.

“We’re trying to attract people to downtown, not necessarily expecting that they’re always going to be riding these routes around nonstop,” he said, adding that the proposal would involve removing a parking space to add about four bike racks. “The idea is people stop and lock up to go get a sub or enjoy a concert or something in terms of Central Park. It’s not a place that they’re necessarily parking their car and starting their ride.”

The engineers noted that there are some difficulties with the current plans to take the trails through the city that could cause changes.

Currently, the plan incorporates areas underneath the Route 56 bypass that are leased to the City of Johnstown and then leased again, according to Bryan Clement, project engineer with H.F. Lenz Co. One of the parcels along the area through which the engineers would like to place a bike route is fenced in. Neither PennDOT nor the city have records of the lease, Clement explained, adding that it is unknown if the business is operational or what business owns the property.

Another change the current design may see is at the area of Adams, Baumer and Bedford Streets. Clement explained that to have a bike lane through the intersection, there must be a parcel of land for pedestrians to cross where there are three lanes of traffic.

Josh Shearman, civil designer with Lenz, explained that, while PennDOT requires the island in three lanes of traffic, they also feel an island would be narrowing the roadways too much in that area due to heavy truck traffic.

The engineers plan to meet with the City of Johnstown to discuss signage, and various permissions needed for the project as well as engineers working on a similar project with the Path of the Flood Trail so that the signage is consistent.

A meeting to present the final plan will be held in October.