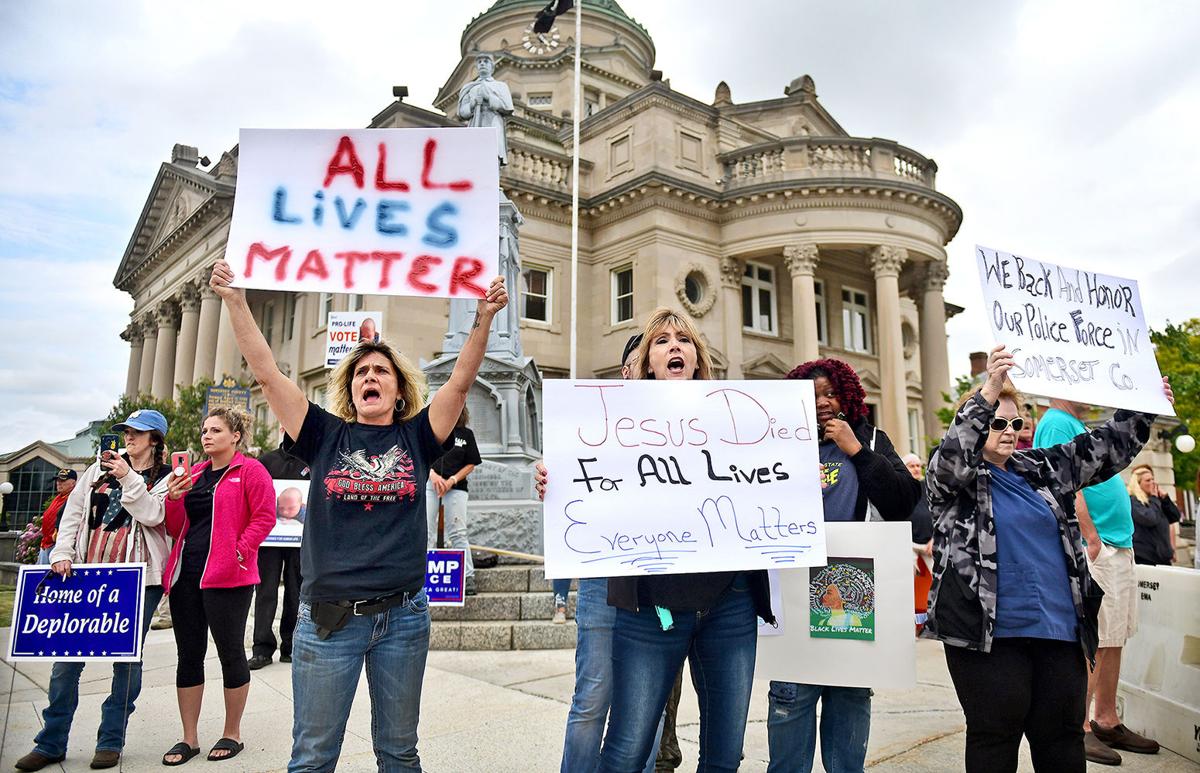 Counter-protesters gather in front of the Somerset County Courthouse during a Unity Walk on Sunday, June 14, 2020.

Somerset Police chief Randy Cox (center) radios ahead signaling the start of the Unity Walk in Somerset on Sunday, June 14, 2020. 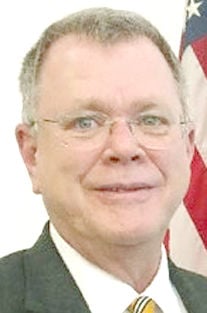 Counter-protesters gather in front of the Somerset County Courthouse during a Unity Walk on Sunday, June 14, 2020.

Somerset Police chief Randy Cox (center) radios ahead signaling the start of the Unity Walk in Somerset on Sunday, June 14, 2020.

A proposed "All Lives Matter" march that stirred talk on social media is no longer planned in Somerset Borough, municipal police said.

Somerset police Chief Randy Cox said an area man approached his office a week ago intending to hold an event, which encouraged supporters to bring Confederate flags for a march along North Center Street.

But a few days later, the organizer reached out again, saying he was canceling the march due to the overwhelming level of feedback he was receiving on social media against the idea, Cox said.

"At this point – as far as everything we know – there is no protest going to occur here on Friday," Cox said.

That may not be so obvious on Facebook, Cox said.

People are continuing to share a copied version of the original social media post, which was initially being sent privately from the organizer to friends, he said.

"Someone made it public. – and now people are commenting on it," Cox said.

But the information relates to an event that has been called off, the chief said.

Cox noted that public community protests can often be controversial. But whether for or against a symbol or cause, such events are supported by the nation's constitutional right to free speech.

And when an event is being organized within Somerset Borough, local police have a duty to try to work with groups to ensure the event can happen safely, regardless of the topic.

Across the nation, the public display of the Confederate flag – a variation of a Civil War battle flag used by the south's Army of Northern Virginia that was later adopted by the Ku Klux Klan – is again being targeted as a symbol of hate in the wake of a Black Minnesota man's death in June.

From both sides of the issue, impassioned Americans have defended and denounced the flag in recent weeks, as protests over George Floyd's death – and calls for reform – have continued in some cities.

After a group of Somerset Area students announced plans for a unity march in memory of Floyd last month, Cox's department worked with that group and, separately, a smaller group of counter-protesters so that both sides could voice their messages at the same time on the courthouse plaza June 14.

Police created a perimeter space for counter-protesters who brought "All Lives Matter" signs and pro-Trump messages, and escorted the student-led unity group up North Center Avenue during their pre-planned walk. Police closed off traffic to at least one block alongside the Somerset County Courthouse so both groups could gather without risk of being struck by passing cars.

"Our mission is to ensure people are able to safely exercise their constitutional right – as long as they do it within the law," Cox said.