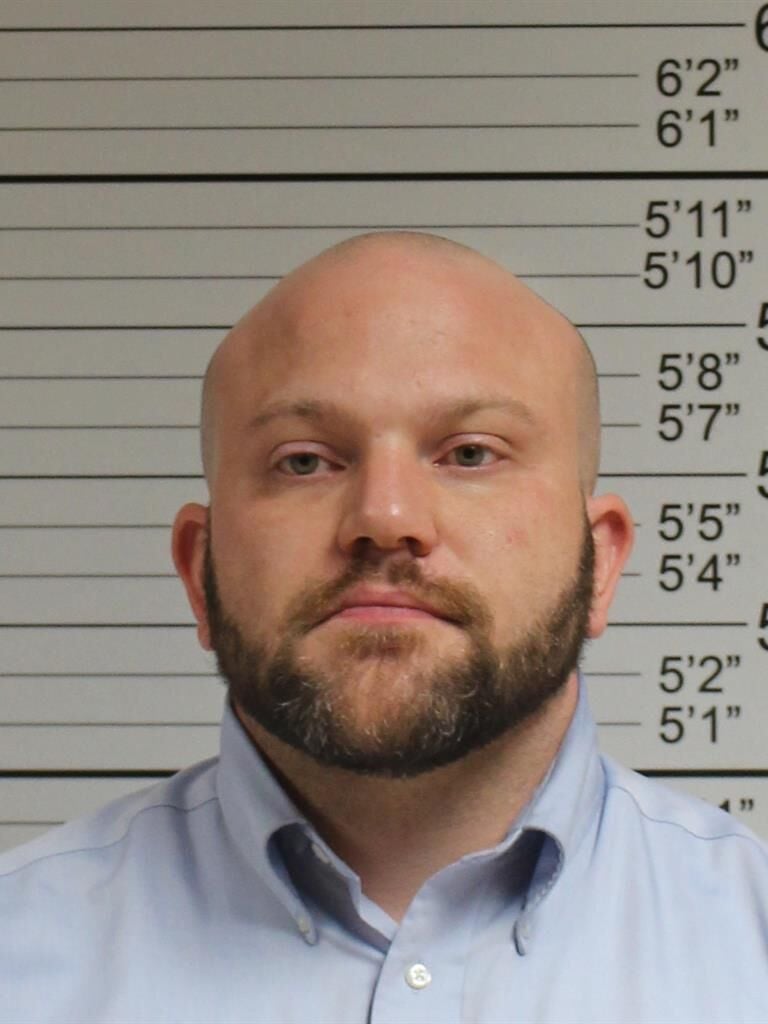 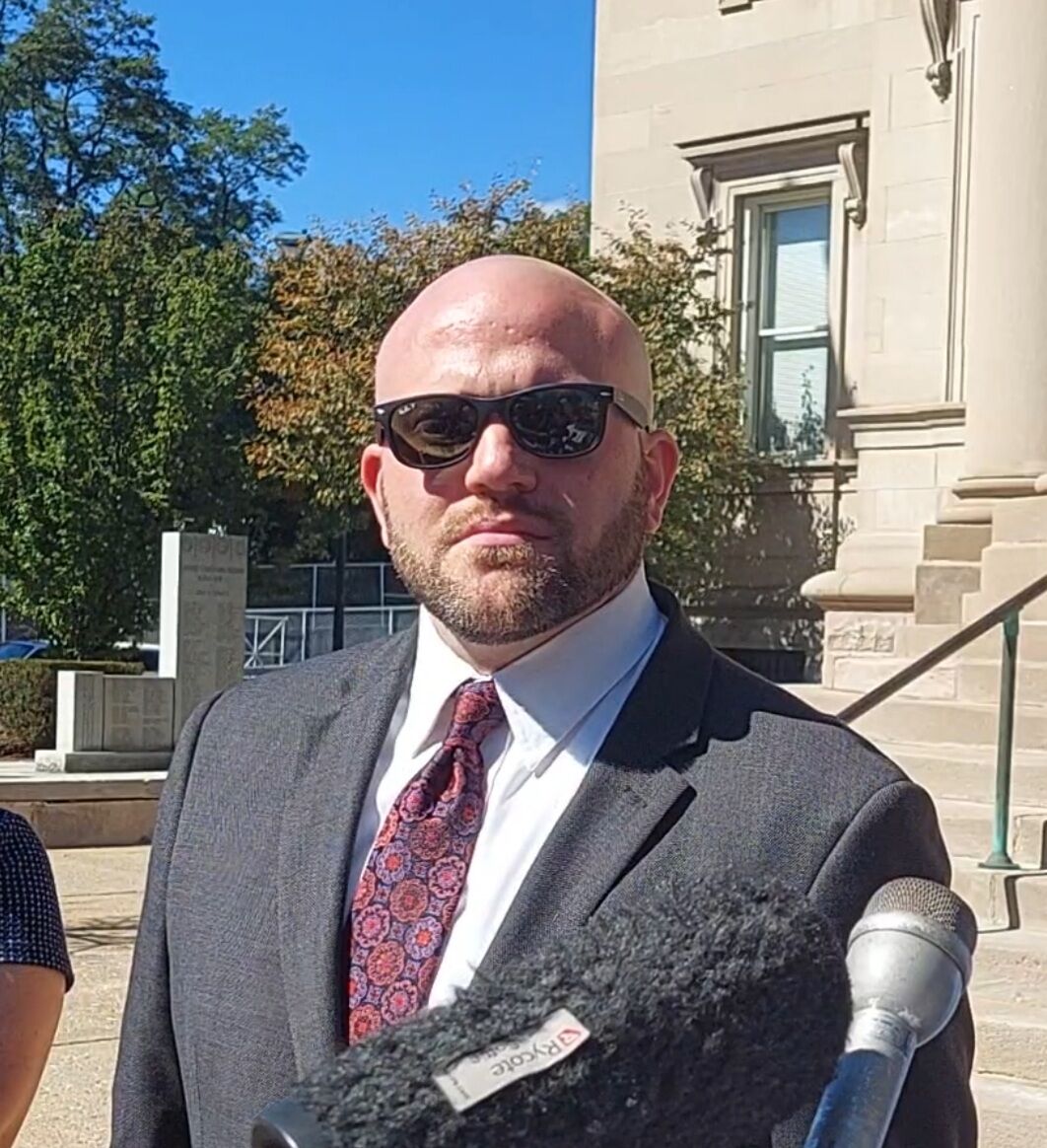 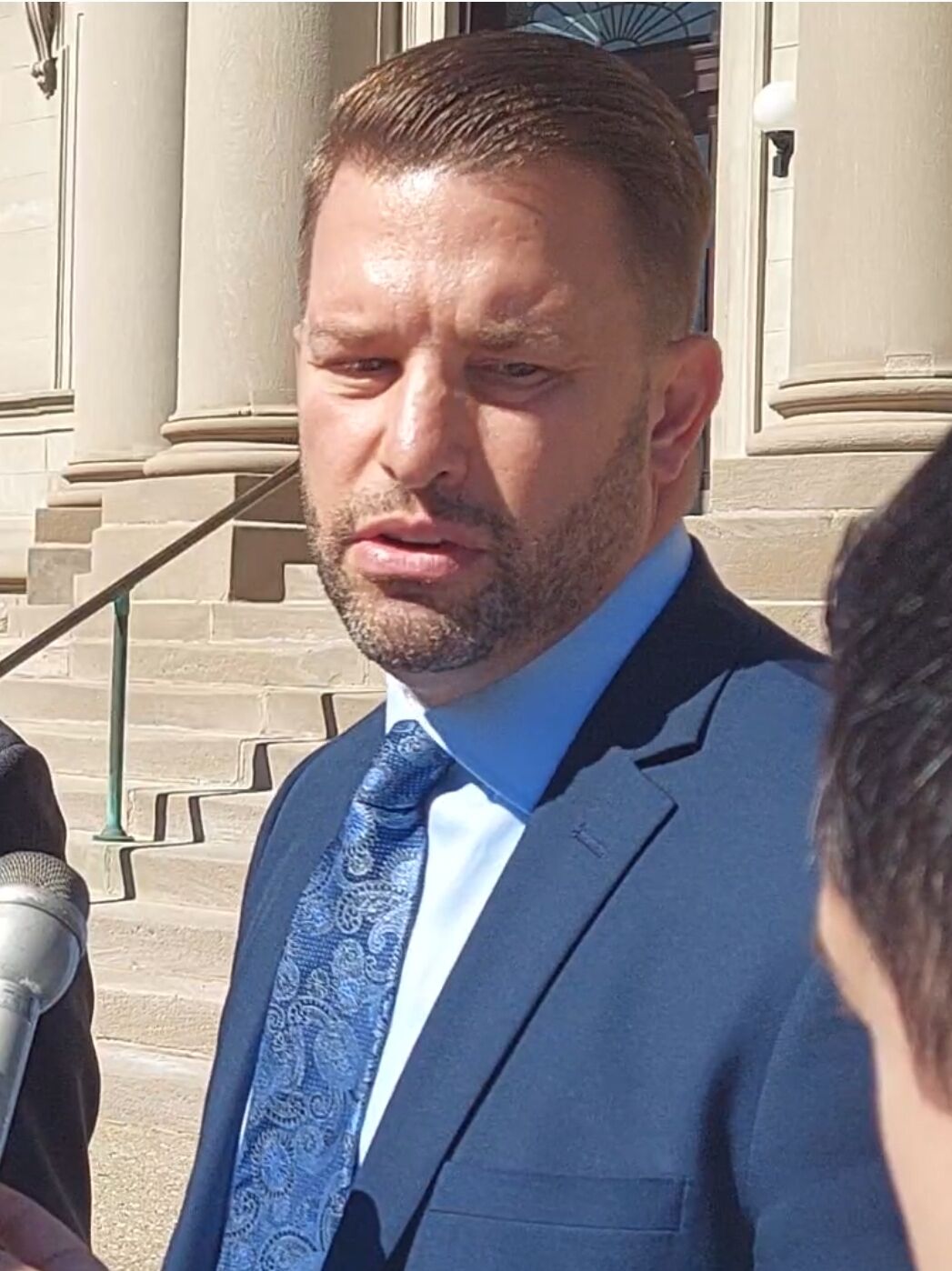 This article was updated Oct. 4 to correct details about the state Supreme Court's authority regarding District Attorney salaries.

SOMERSET, Pa. – Somerset County District Attorney Jeffrey Thomas is taking a leave of absence from his post to focus on the criminal case against him, but he is not resigning, his attorney said Friday.

In response to the list of rape-related charges filed against Thomas, his Pittsburgh defense attorney, Ryan Tutera, told reporters he’s seen no proof of medical evidence that a Windber woman was raped by Thomas on Sept. 18, as she alleged.

“There’s more to the case than people are being told,” Tutera said, “and we look forward to defending our claim.”

Wearing a dark suit, a patterned tie and black sunglasses, Thomas met with reporters alongside Tutera outside the Somerset County courthouse, where he’s worked for the past 20 months since being sworn in as district attorney in January 2020.

Thomas appeared at the courthouse Friday for a bond hearing in his case, which resulted in him being permitted to remain free on bond if he surrenders his U.S. passport to authorities and avoids contact with any witnesses.

The hearing, before Pennsylvania Supreme Court- appointed Cambria County Senior Judge Timothy Creany, was also held to formally transfer the case over to the state Office of the Attorney General to prosecute.

During Thomas’ leave of absence, the district attorney’s duties will be handled by his first assistant, Molly Metzgar.

State police have charged Thomas with rape, indecent assault and strangulation, among other charges. He is accused of illegally entering his accuser’s residence on Sept. 18 and then striking her, grabbing her by the neck and raping her after she slapped him and told him to leave.

The woman has said she knew Thomas professionally for several years and repeatedly declined his sexual advances. Tutera declined comment when asked how Thomas and the woman knew one another. But he raised questions about the case.

Tutera alleged that the woman did not go to a hospital after the alleged assault for a “rape kit,” a slang term for a medical examination kit used to collect blood, semen and urine evidence after an alleged rape. In some rape cases, the results of that test can be used as key evidence against defendants in court.

He alleged that she instead wore “a wire” – a court-approved recording device – and confronted Thomas two days later at a bar in an attempt to get him to admit to “certain things he would not admit to.”

“I think there’s much more to this story than meets the eye,” Tutera said.

State police have not indicated whether a rape kit was acquired or applicable in the case.

In an affidavit filed last week, state police Cpl. Matthew Auker said the woman allegedly assaulted by Thomas was able to escape his grip after he penetrated her “several times.” He only agreed to leave after she promised she wouldn’t call the police, Auker wrote.

Clothing the woman wore that night and beer cans have been seized as evidence, state police said.

Prosecutors from the state Office of Attorney General did not discuss details of the case following Friday’s hearing, but said they were pleased Creany agreed that the case should be prosecuted by their office, rather than Thomas’ own.

“I can promise the people of Somerset County this: Mr. Thomas will be treated no better – or no worse – than any criminal defendant that comes through our doors,” Senior Deputy Attorney General Patrick Schulte said.

Tutera said Thomas isn’t considering leaving his elected job – and when the topic was raised, he acknowledged there are likely some people who want to see Thomas step down, “but there are others who are still supporting Jeffrey,” he said.

“His tenure here has been short, but he’s brought a lot of people to justice,” Tutera said, mentioning Thomas’ pledge to remain tough on drug trafficking. “I think people are happy about that.”

“And Jeffrey,” he added, “I don’t think that you’ve seen the last of him.”

Thomas would continue to collect his $185,000-per-year salary as Somerset County’s district attorney.

As someone elected into office by voters, Thomas is not a county employee and cannot be fired at the local or county level – but he could be suspended or disbarred from practicing law, according to staff with the Supreme Court’s Pennsylvania Disciplinary Board, which is tasked with reviewing complaints that threaten the “integrity of the courts.”

The court does not have authority to suspend a District Attorneys' pay – even if he or she cannot practice law, Administrative Office of the Courts Communications Director Stacey Witalec said Monday.

Somerset County District Attorney Jeffrey Lynn Thomas was arrested Wednesday and charged with raping a woman on Sept. 18 after showing up at her Windber residence late that night, Pennsylvania State Police said.