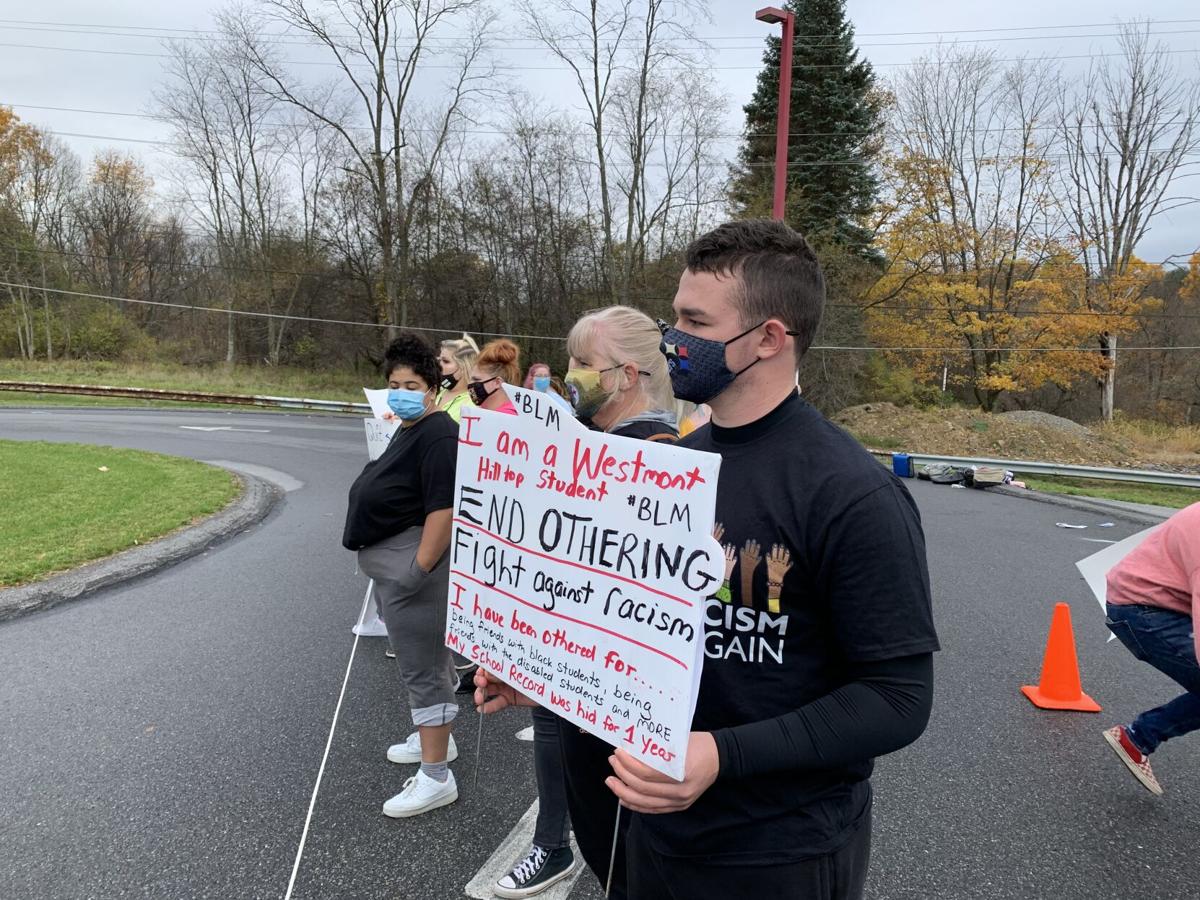 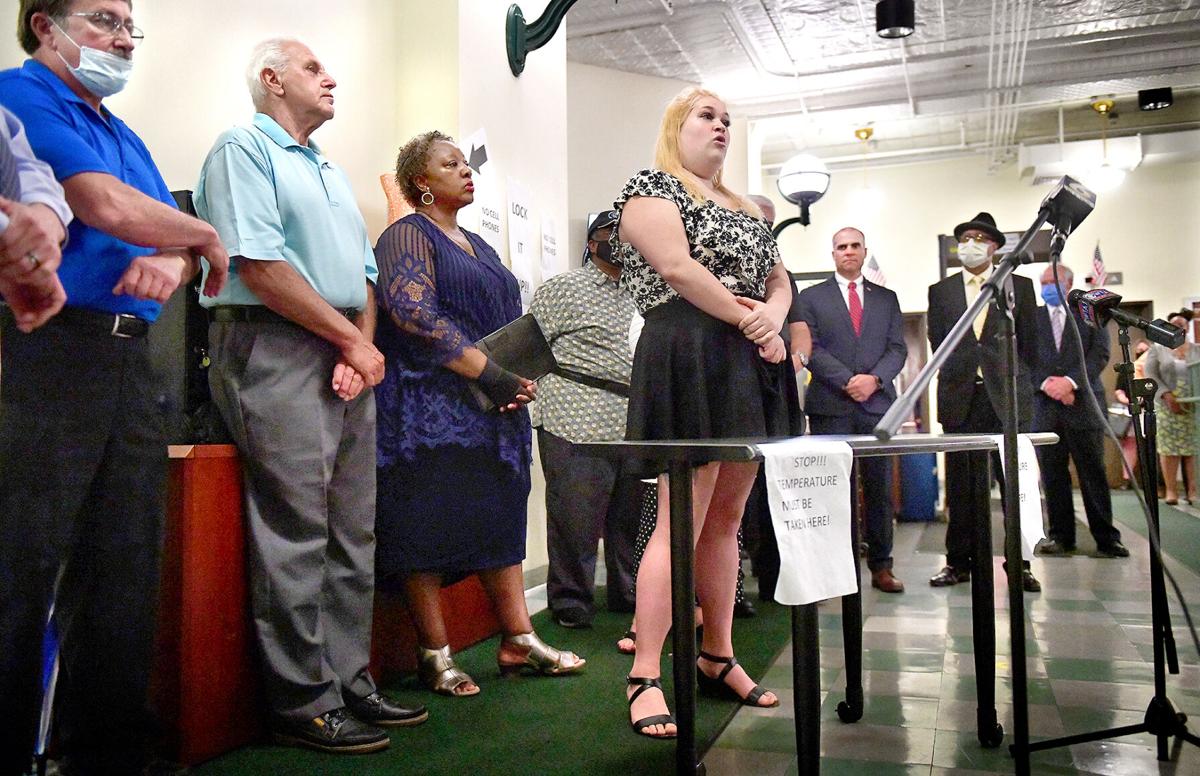 An alleged racist Facebook post touched off a rally against racism outside Westmont Hilltop High School on Monday.

Upper Yoder Township police were posted at the entrance to the school property.

A group of about 20 people – students and former students – stood behind a roped off area at the rear of the school's property. They waved signs and shouted slogans denouncing racism.

"I used my group Allies for Justice to spread the word about it," said Kirsten Vazquez, a 2017 graduate of Westmont Hilltop High School.

"Everybody was reaching out to me, so we all got together as a group to spread the word," Vazquez said. "As alumni ... this hit home for me. It's time to bring attention to it in this day and age."

"We are disheartened by the image posted on social media attributed to the Westmont Hilltop School District," Mitchell said. "Unfortunately, the actions of a few can tarnish the good works for our students and our district. We are all upset and disappointed by the social media post and will address the situation in accordance with the school district's policies.

"We applaud our students and community for peacefully exercising their right to assemble and speak out against hate," Mitchell said. "As a school district, we remain committed to a school environment that is welcoming and safe for all students by working with community partners to build tolerance and understanding within and beyond our school community. We will grow from this situation and continue a dialogue focused on the appreciation of diversity."

Vazquez and Allies for Justice organized the Black Lives Matter rally at Central Park in Johnstown on June 6 in response to the death of George Floyd, an unarmed black man killed by a Minneapolis police officer.

Patricia Vazquez recalled her 22-year-old daughter's reaction after having just watched a video of a Minnesota police officer applying deadly force against an unarmed black man.