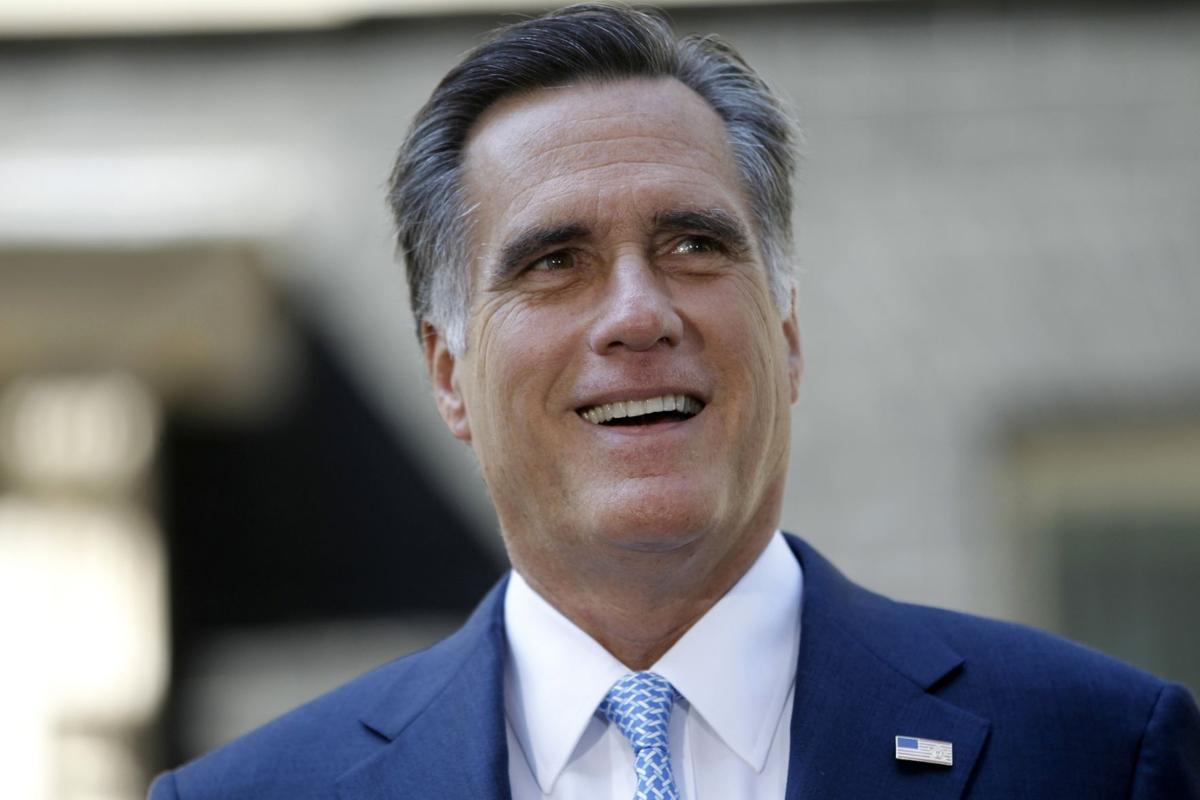 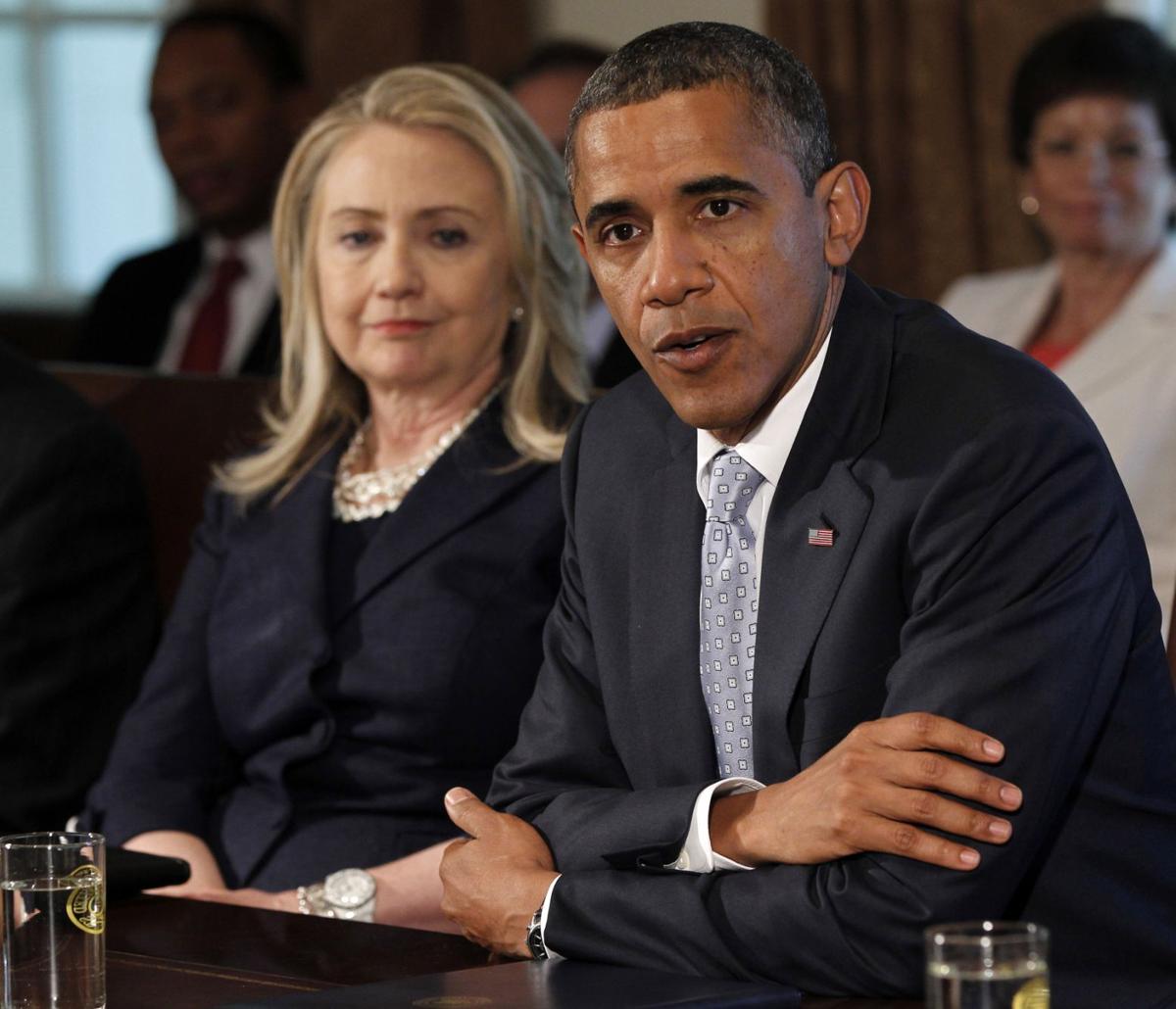 Secretary of State Hillary Rodham Clinton listens at left as President Barack Obama speaks to members of the media during a Cabinet Meeting in the Cabinet Room of the White House in Washington, Thursday, July, 26, 2012. (AP Photo/Pablo Martinez Monsivais)

Secretary of State Hillary Rodham Clinton listens at left as President Barack Obama speaks to members of the media during a Cabinet Meeting in the Cabinet Room of the White House in Washington, Thursday, July, 26, 2012. (AP Photo/Pablo Martinez Monsivais)

While both Romney and Obama — and their allies — have been shelling out millions on television ads, neither has been aggressive on radio, a relatively cheap and ubiquitous medium that is trickier to track and easier to target. That relative quiet on the dials was set to end with a 60-second ad in Colorado, Florida, Iowa, Nevada, New Hampshire, North Carolina, Ohio, Pennsylvania and Virginia.

"You spent a trillion taxpayer dollars on the stimulus. It failed," a female narrator says of Obama in the ads. "The jobless rate went up and has been stuck above 8 percent for 41 straight months. You increased spending so wildly that you've added more debt than the first 41 presidents — combined."

The ad says Obama has turned the campaign negative against Romney because he cannot run on his time in the White House.

"Imagine you were Barack Obama. What would you do now?" the announcer asks.

In recent weeks, Obama's campaign has shifted its strategy to directly hit Romney with questions about his tenure at the helm of Bain Capital, his vast personal wealth and his honesty. Romney's team has been on the defense, even as government reports show the U.S. economy has struggled to recover as quickly as Obama and voters had hoped.

"False desperate attacks with no record to run on. It's the only strategy Obama has left," the ad says.

"My grandparents came from the Midwest," Obama says in an ad that extolls "core middle-class values that helped to build America."

"People still believe in hard work, they still believe in personal responsibility. And that's why we've spent a lot of time on how we build on the strengths of rural America, making sure folks out there have access to health care, the ability to export their goods to markets."

The ads also nod to rural voters' skepticism of the "big city," including Washington.

"Young people can say to themselves, 'We can succeed here just like we can in the big city' because ultimately, the strengths of those communities, those are the strengths of America," Obama says in the minute-long ad.

Romney advisers say they do not have ads on the radio at this time.

"Barack Obama's attack against Mitt Romney? It's just not true," the ad says. "But attack is all that Barack Obama can do with the worst job record since the Depression. He can't run on his record."

That ad also quotes Hillary Rodham Clinton during her 2008 campaign against Barack Obama for the Democratic presidential nomination.

"'And I have to express my deep disappoint that he is continuing to send false and discredited mailings with information that is not true to the voters of Ohio,'" Clinton says in the ad. "He continues to spend millions of dollars perpetuating falsehoods. Shame on you, Barack Obama.'"